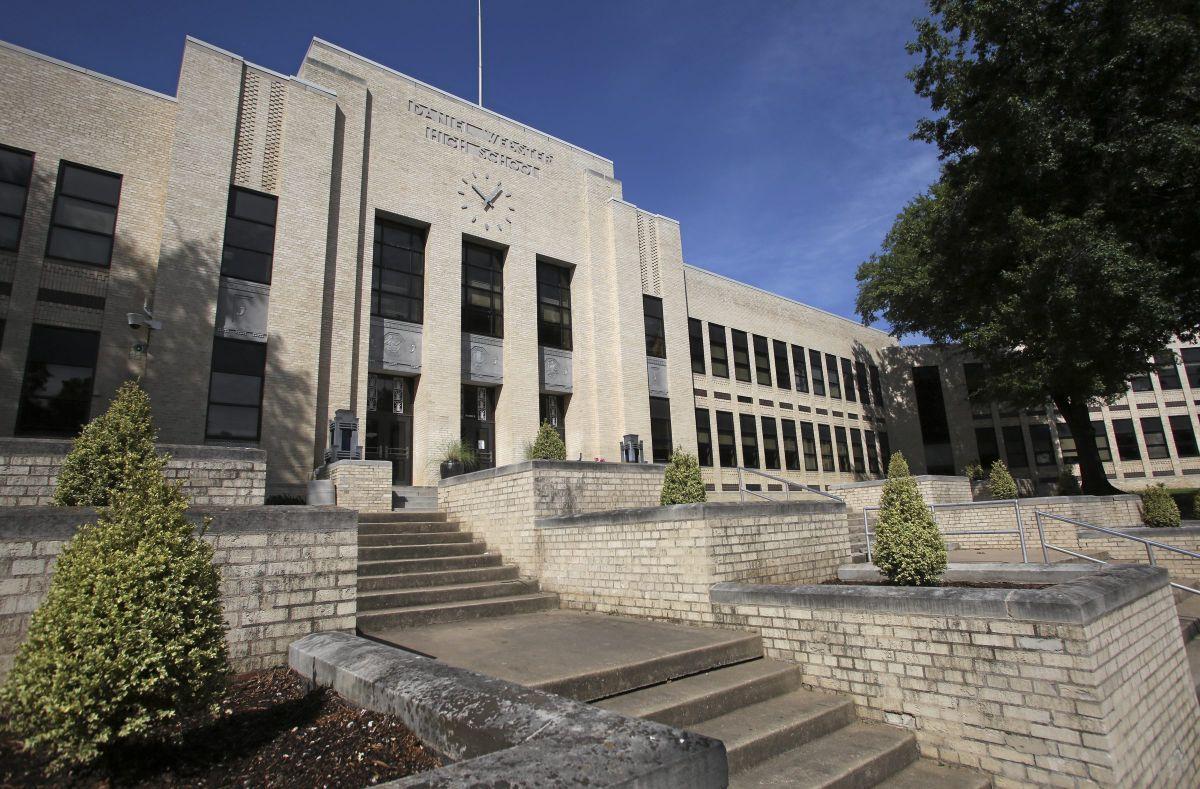 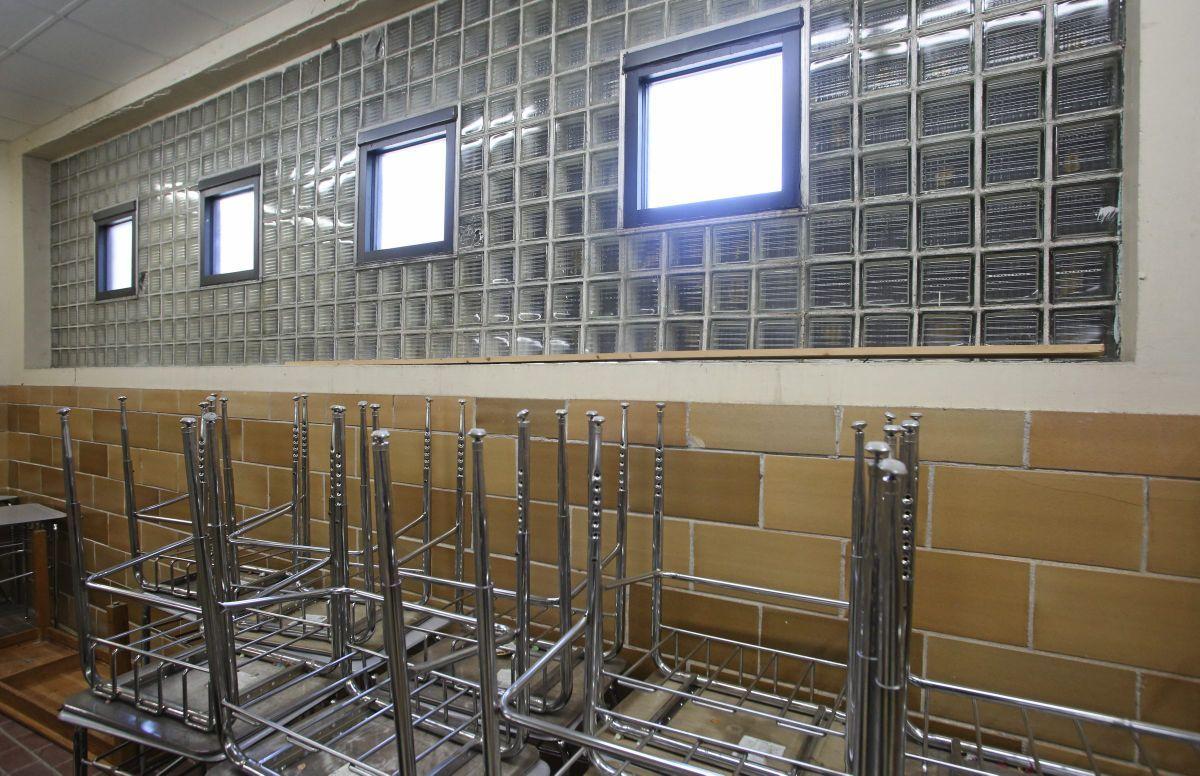 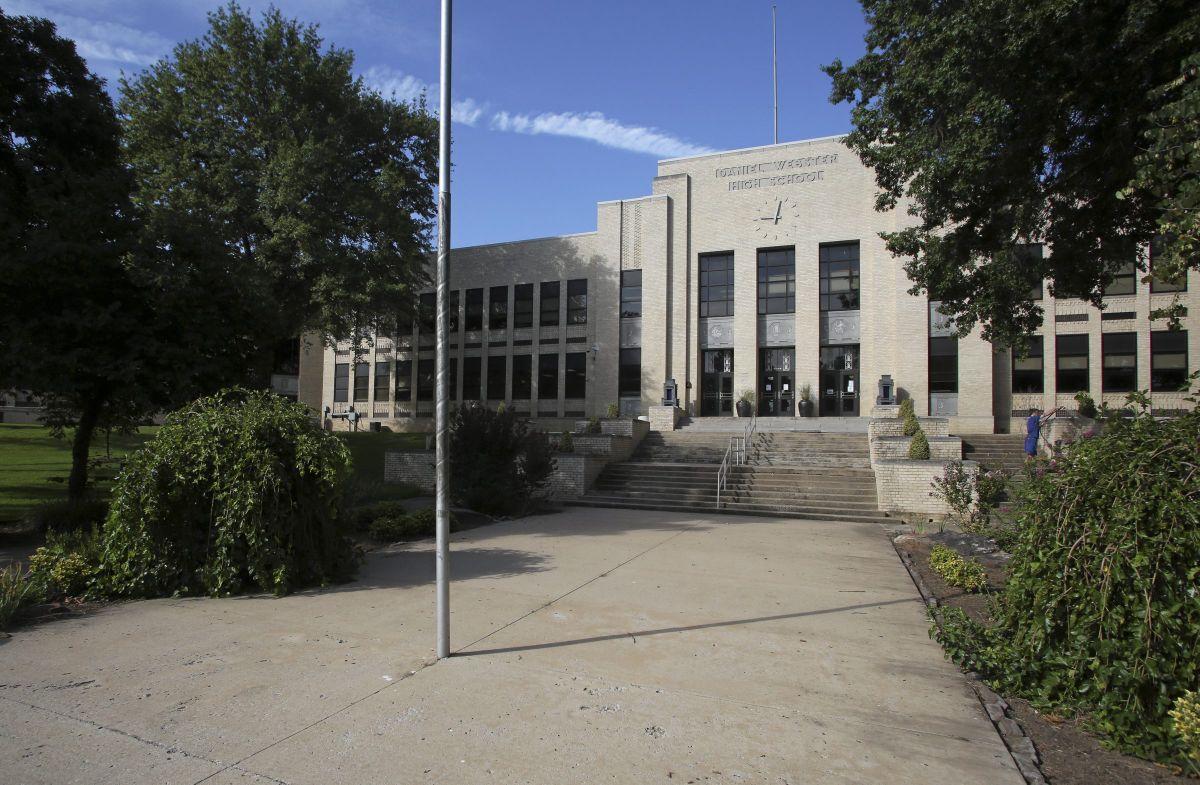 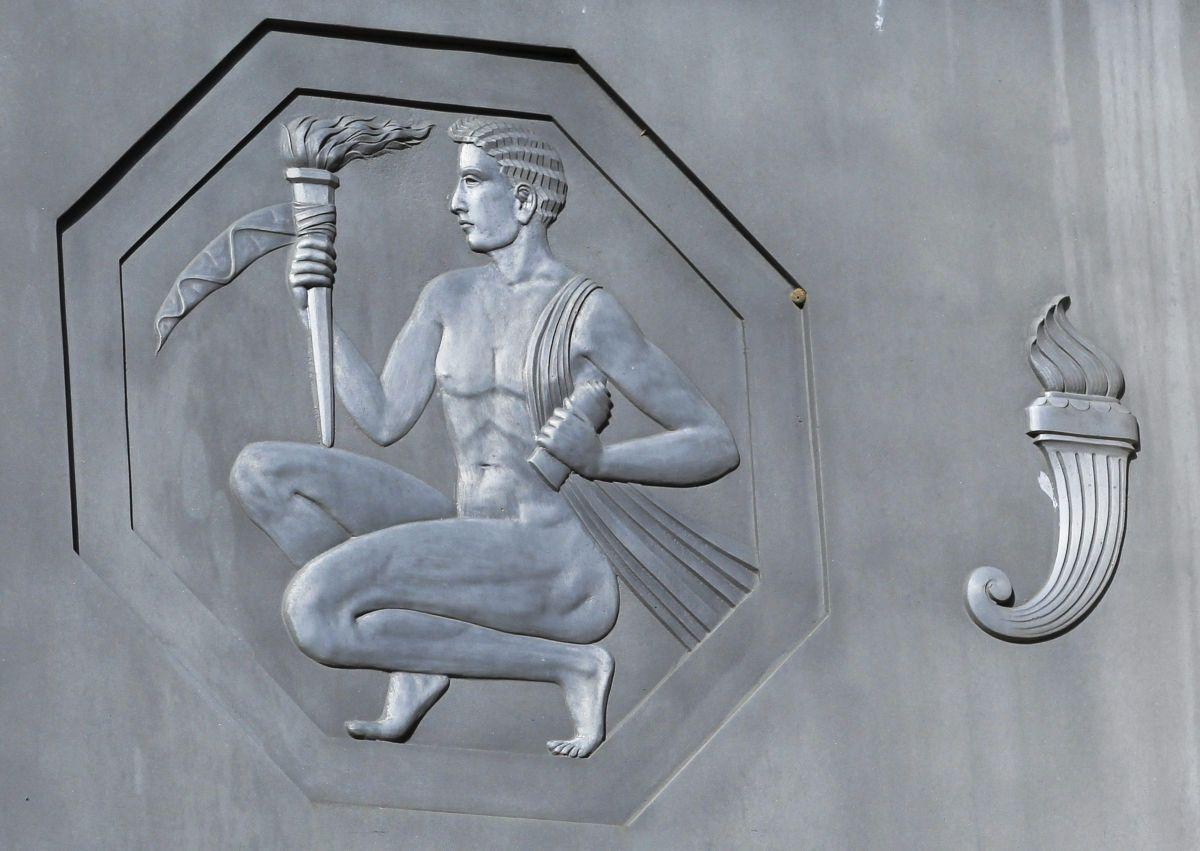 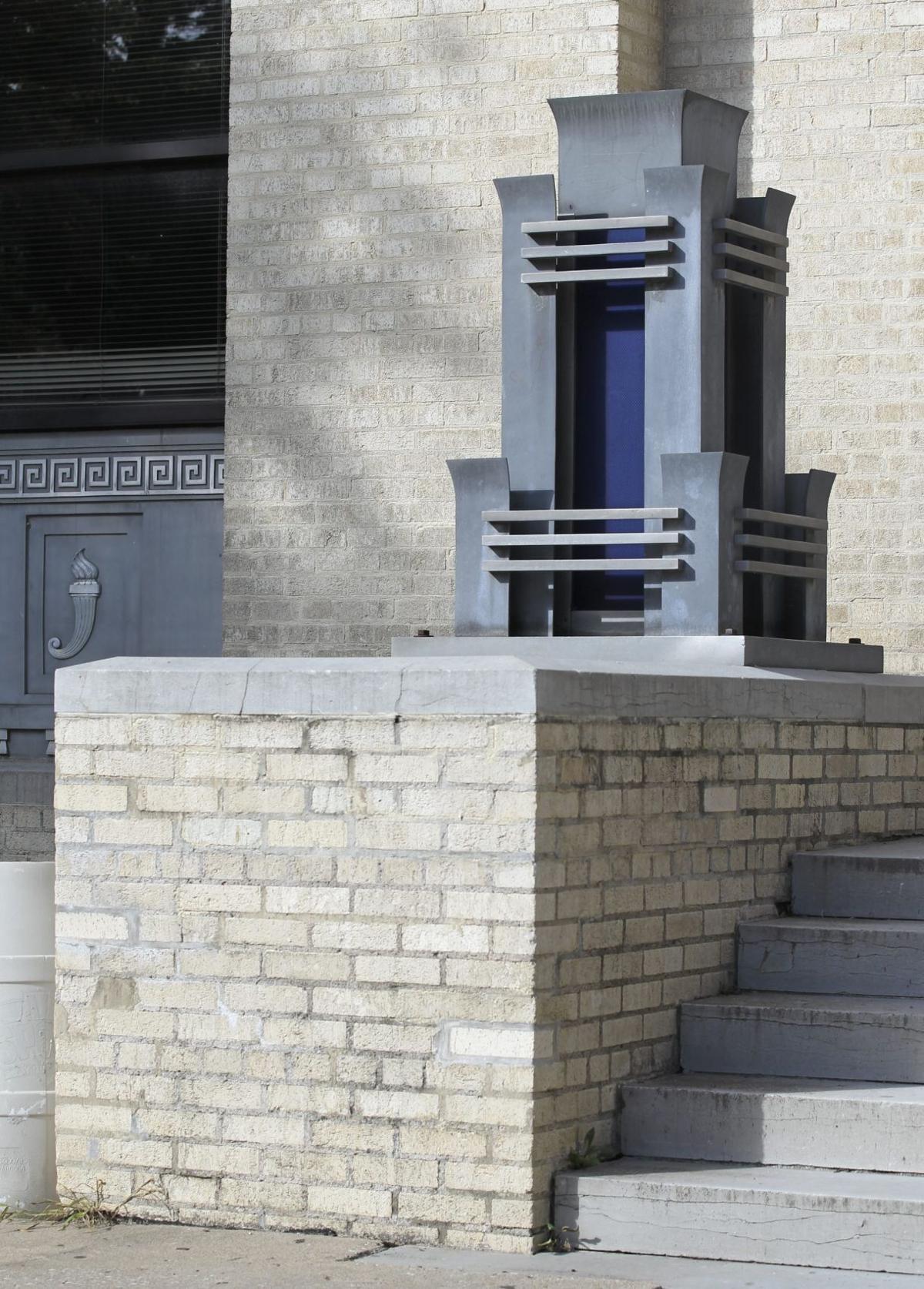 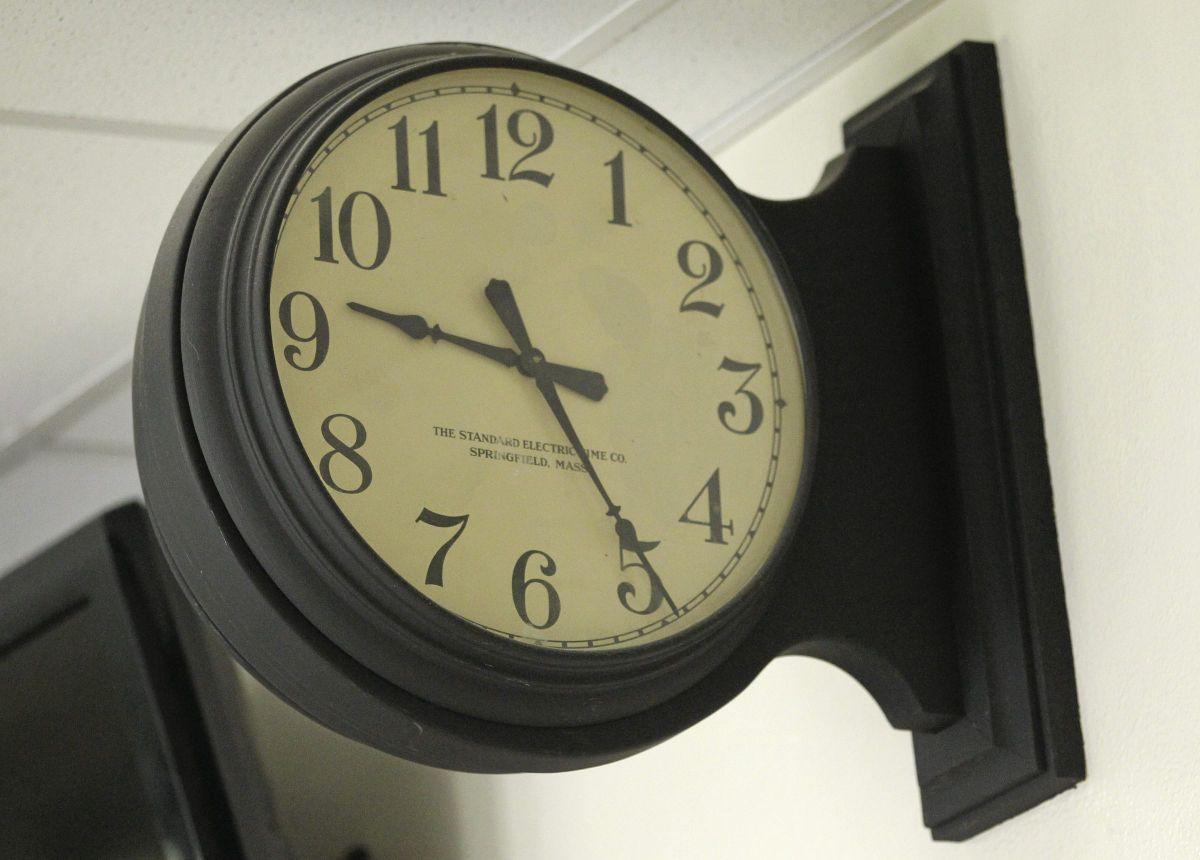 When it comes to iconic school buildings, most Tulsans know all about Central and Will Rogers high schools.

The Central High building fronting Cincinnati Avenue between Sixth and Seventh streets hasn’t been a school for nearly half a century, but it remains a downtown landmark as the headquarters of Public Service Co. of Oklahoma. Rogers, with its soaring towers and terra cotta details, is widely celebrated as the embodiment of art deco high school architecture.

Now approaching its 80th year, Webster is almost the definition of “hidden gem.” Tucked away in a quiet west-side neighborhood, entrance shielded from passing traffic, it can be seen only by those who know to look.

Completed a few months earlier than Rogers, Webster was called the most modern high school in the state when formally dedicated in November 1938. News reports say 6,000 people turned out for public ceremonies and an open house on a Sunday afternoon.

“We are proud to have what is the finest high school in Oklahoma in our section of town,” W.P. McBride of the West Side Improvement Association had told students and parents a few days earlier.

Located on 19 acres just off what had once been the Main Street of the town of Red Fork, the new high school at 1919 W. 40th St. was an important step in the incorporation of the west side into the city of Tulsa and Tulsa Public Schools. Webster replaced what was then Clinton High School, a holdover from the days before Tulsa expanded across the Arkansas River to absorb Red Fork and surrounding unincorporated areas.

So Webster it became.

The original campus included a main building, an auditorium and a football stadium. The main building and auditorium are distinctive for their cream-colored brick exteriors with dark brick panels under the windows and the main building’s sweeping entrance. Decorative touches include large metal lanterns at the main and side entrances and cast aluminum plaques in classic Greek motifs.

The school was originally to open during the 1937-38 school year, and some parts of it were used in the spring of 1938. But it was not fully operational until that fall. From the start, Webster was known as a working-class school that focused on vocational training over college prep. In the 1950s, Webster became the first public high school in Tulsa and one of the first in the state to integrate. For a while in the 1980s, it was in danger of closing.

But Webster survived, and it’s now among the last of an all-but-vanished species — the public building in general, and school buildings in particular, as works of art.

“There’s a public perception that if there’s too much ornamentation, it’s overspending,” said Steve Jaggers, associate principal and director of education practice at GH2 Architects in Tulsa.

In recent years, GH2 has designed such school buildings as the award-winning Jenks Math and Science Center while also refurbishing the likes of Pleasant Porter Early Education Center, a 1929-era elementary school just one block from Webster High School.

“With schools in general, one of the things that’s changed over the last 50 or 60 years is just the amount of school funding available,” Jaggers said. “It’s definitely affected the building side. ... The emphasis is getting the most bang for the buck in terms of square footage.”

A combination of factors played into changing tastes and standards. Art deco had nearly run its course when Webster was built, and the end of the Great Depression and the coming of World War II meant the end of jobs programs like the WPA and the federal money that went with them.

And then came the Cold War.

“Schools in the ’60s and ’70s were often built in conjunction with a bomb shelter,” Jaggers said. “A lot of cinder block construction. They were practical and very durable but very institutional.”

Connie McFarland of McFarland Architects phrased it another way.

That may have been the nadir of school design. McFarland and Jaggers say recent trends in school design are resulting in distinctive if not exactly classic buildings, especially inside.

“You see more open plans,” McFarland said. “There is a lot more sunlight. The schools are a lot more comfortable. I think maybe the attitude toward education has changed. Instead of ‘You better buckle down, kids, and get it done,’ there’s a new creativity in teaching.”

“There’s a big push to getting as much natural light into classrooms as possible,” Jaggers said. “There are studies that show any time there is natural light it increases productivity and test scores.”

Classroom technology accounts for more of the capital costs. Spaces need to be more versatile. Less brick and stone and more metal and preformed concrete.

And shelters — this time storm shelters — are back in the discussion.

Jaggers said architects still do their best to incorporate unique design elements into buildings, despite tighter budgets. But it’s getting harder. Skilled craftsmen are scarce, materials are more expensive, and the competition for public dollars is greater.

“We don’t get to do beautiful old buildings anymore,” said Joe Wilkinson of McFarland Architects. “We can’t afford them.”

Now approaching its 80th year, Webster is almost the definition of “hidden gem.” Tucked away in a quiet west-side neighborhood, entrance shiel…