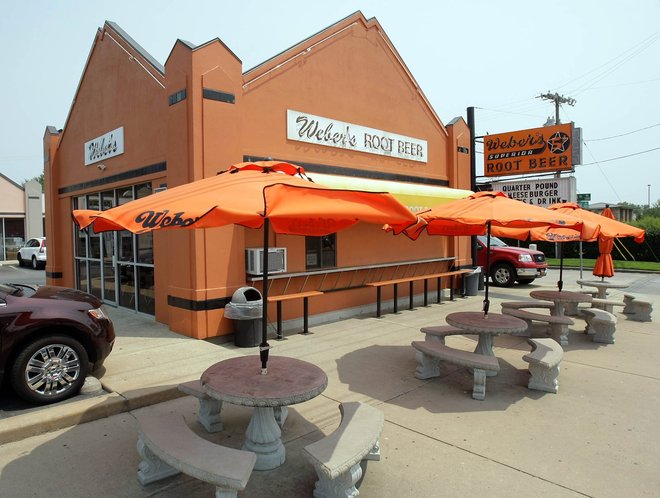 The exterior sign is original, erected by Oscar Weber Bilby and his son Leo in 1933. MICHAEL WYKE/Tulsa World 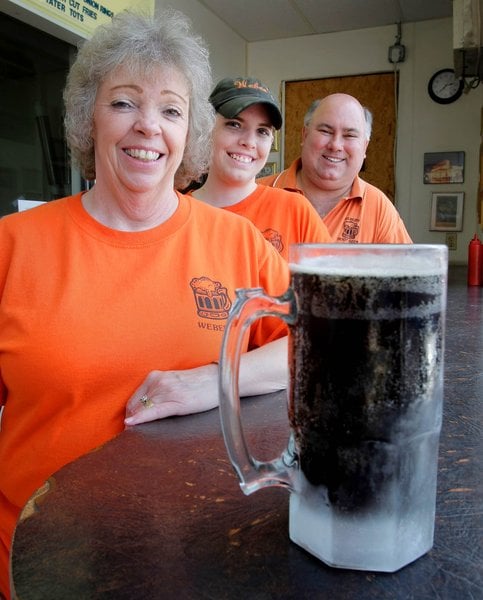 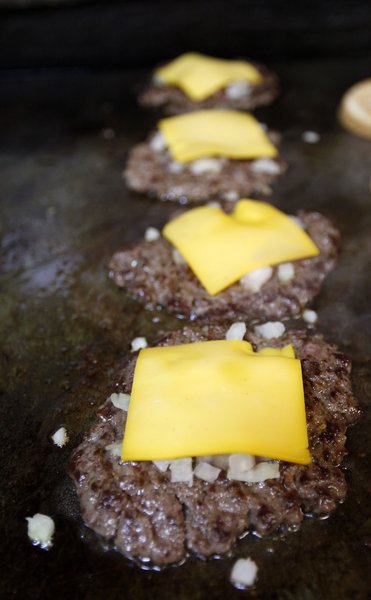 The exterior sign is original, erected by Oscar Weber Bilby and his son Leo in 1933. MICHAEL WYKE/Tulsa World

One weekend earlier this year, several people who approached the order window at Weber's Superior Root Beer identified themselves as being from Houston, Rick Bilby said.

"I asked one if there was some kind of convention going on with people from Houston," said Bilby. "They said they were visiting or here on business and had seen an article in the Houston Chronicle naming us the No. 4 burger place in America."

Sure enough, the Chronicle had run an article about legendary burger joints, and its top 10 list of the "best places to go," with Weber's at No. 4, was taken from the AskMen.com website.

That ditty is just the latest of dozens of footnotes the bright-orange and black root beer stand has collected since Oscar Weber Bilby and his son Leo opened the Brookside icon in 1933.

It has been well-documented that historian Michael Wallis contends Oscar Bilby invented the hamburger - a beef patty on a bun - at a July 4, 1891, picnic at his ranch west of Tulsa.

True or not, the 3-inch pig-iron grill that Oscar cooked with on the farm still is being used to churn out hamburgers at Weber's today.

"Some time in the past it had to be refitted for gas, but the grill top is the same," Rick Bilby said. "It has a few miles on it."

Over the years, the restaurant passed from Oscar and Leo to Rick's father, Harold. Other family members have been involved from time to time, but today only Rick, his wife, Jennifer, and daughter Michelle are left to run the restaurant.

Rick has worked at the restaurant 35 years and Jennifer 29 years.

"We've brought Michelle here since she was in her bassinet, and now she's the main cook," Jennifer said.

Jennifer said she "cries my eyes out" every morning cutting and breading onions for onion rings, and Rick cuts potatoes for french fries. The root beer still is made from a secret family formula, another hand-me-down from Oscar, and it still is served in a frosted mug for dine-in customers.

The spicy root beer is no longer available on the commercial market, but Rick will accept orders for custom-made 12-ounce bottles at $2 a bottle.

"I make it and bottle it myself," Rick said.

On a recent visit we had a half-pound double hamburger ($5, tomatoes 35 cents extra) that was delicious. It had good flavor, almost no grease and came with mayo or mustard, ketchup, onions and pickles.

The fries had a nice texture and fresh potato flavor, and the thick, sweet onion rings were covered in a crunchy batter.

A steak sandwich ($4) - a thin, fried steak larger than the bun and served with mayo, lettuce and tomatoes - was pedestrian, at best, but the flavor immediately took me back to my teen years when we cruised what would become known as the Restless Ribbon.

For us, the ribbon was a continuous loop of driving from Pennington's Drive-In to Weber's and back again. A steak sandwich and root beer at Weber's was my favorite food stop.

Weber's has 10 inside counter seats and a couple of patio tables. It has a drive-through window, and call-in orders are accepted.

Discount coupons are available at tulsaworld.com/webers.

The following is AskMen.com's list of the best places to go for a hamburger in the United States.