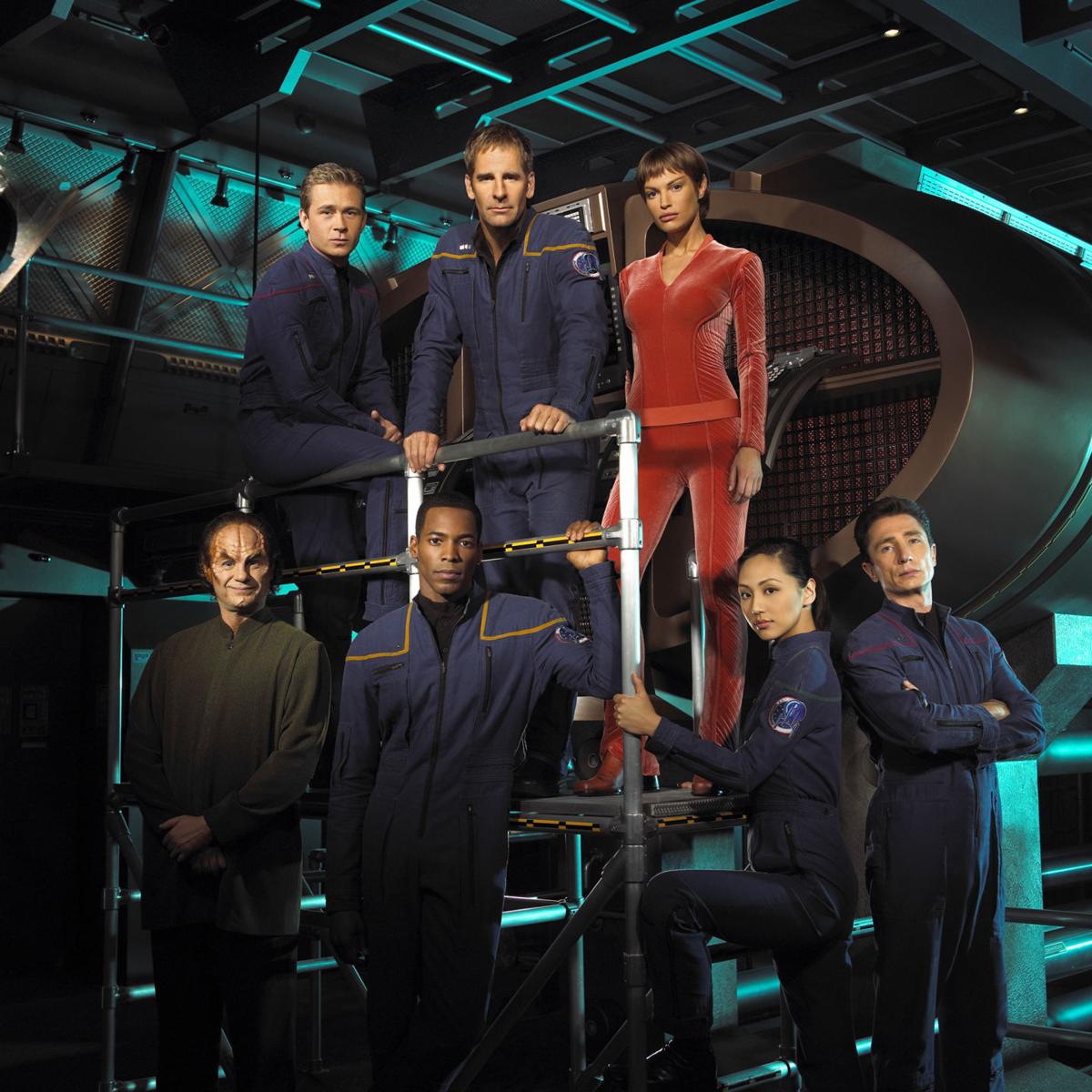 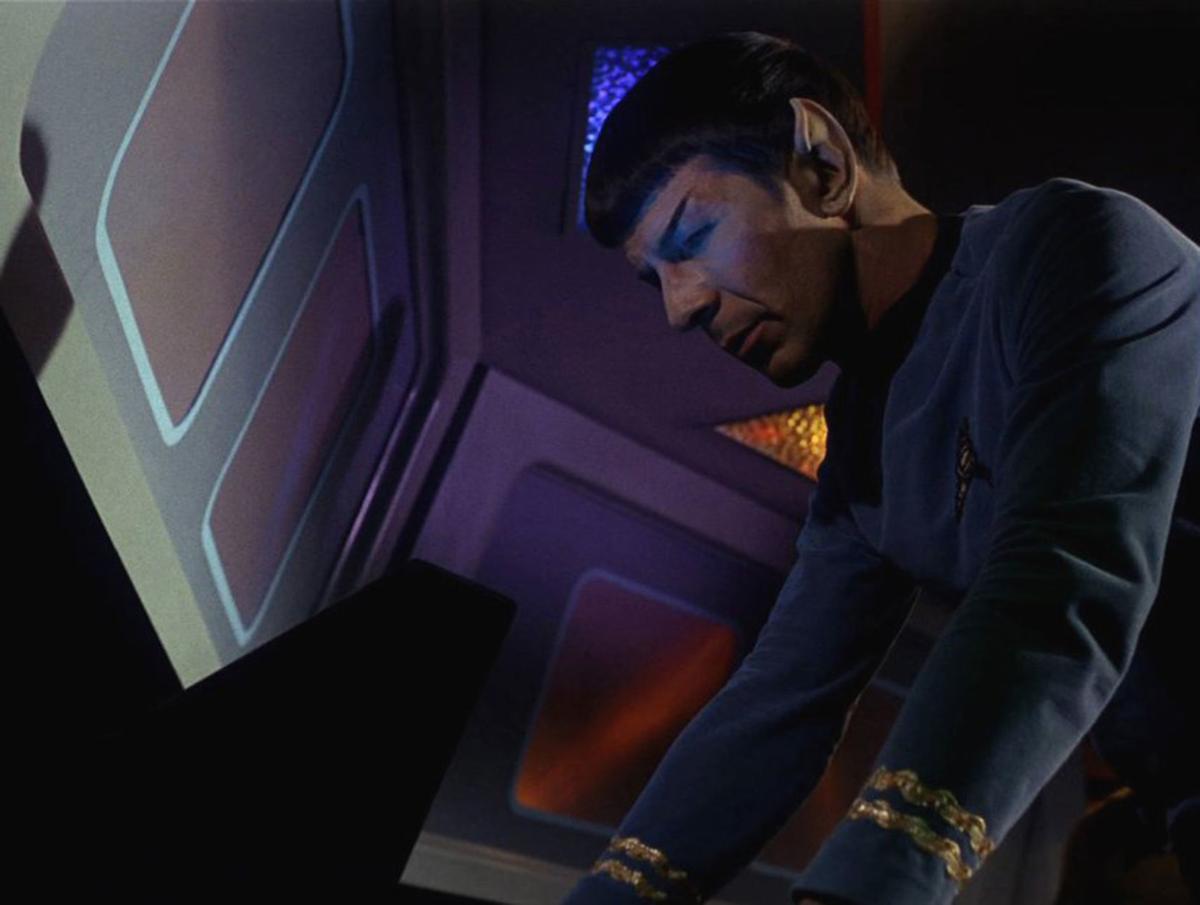 Star Trek at 50: Did you know these people were guest stars?

In honor of the 50th anniversary of the “Star Trek” franchise, a panel of Trek fans ranked the five live-action Trek TV series.

1. Star Trek. While it is relatively easy to describe a cultural phenomenon, it can be extremely difficult to explain it to those who did not witness it as it happened. Try to explain to anyone under the age of 40 the electricity that filled the night when Ed Sullivan introduced the Beatles to America and the enormous social impact they had. The same is true of the original Trek. In a day when almost anything goes on television, the cultural shift represented by the original series — the first interracial kiss, stories of drug abuse and birth control — may be lost on those too young to have experienced it.

2. The Next Generation. After a somewhat shaky first season, this follow-up series came into its own. While it had far less focus on social commentary than had been the case with the original series, it still gave us a ship called Enterprise on a fantastic voyage of discovery.

3. Enterprise. A prequel of sorts to the original series, this was an earnest, if not always successful, attempt to recapture some of the drive and excitement of the original series. Although its voyage was cut short after only four seasons, it still succeeded more often than it failed.

4. Voyager. When boiled down to its simple essence, this series could be dismissed as being merely a reworking of “Lost in Space” but without the camp.

5. Deep Space Nine. This is the only one of the Trek series that failed to keep me as a viewer for its entire run (I bailed out after season three). Its focus was on the diplomatic efforts of the crew of a space station to maintain order in its part of the galaxy. I’m afraid I found the premise, and the execution of it, to be just a little too staid and creatively restrictive for my taste. As I unkindly put it, on this show, the characters’ mission was to “boldly sit where someone else used to sit before.”

1. Star Trek. Nothing beats the original. Captain Kirk and Spock set the standard for all the future Star Trek shows to follow: “To Boldly Go Where No Man Has Gone Before.”

2. The Next Generation. I would like to say TNG is my favorite, but it would make me feel like I was cheating on the original. I love everything about this series. ... The saddest episode was the one in which Data sacrifices himself and “dies,” but in the end he is still alive, but just starting over again as an infant Data in his learning process.

3. Voyager. Captain Janeway is one of my favorite captains. Maybe it is because she is the only female captain, but I really like how she is tough on her crew, yet honest and sincere at the same time. In this series, they are trying to get back home, and in one particular episode, they found a very nice planet like Earth in which they could stay there and live out their lives, and she gave her entire crew the choice to stay or to continue on their voyage, and every single crew member decided to continue on their mission. That is dedication.

4. Enterprise. I really like this one, but it had to grow on me over time, and I wanted to rank it higher but could not because of my love for the other ones. I felt the writers could have done a lot more with this series, being the prequel and all, but in the end, they managed to tie it all together, including a few episodes with the Borg.

1. The Next Generation. A wonderful blend of Roddenberry’s ideas and modern TV budgets, enhanced by a supportive TV executive mentality.

2. Deep Space Nine. Star Trek proves that you don’t have to strictly adhere to Roddenberry’s utopian view of the future to tell great stories, especially in arcs. Also, perhaps the most diverse set of characters on any of the series.

3. Star Trek. The benchmark. The one everything else is based on. Looks kind of cheesy today because of age, but the storytelling is certainly there.

4. Enterprise. Not a bad idea, but the network never seemed to support what it SHOULD have been until season four, when they just didn’t care anymore.

5. Voyager. A solid core idea but seemed rushed in development and never settled when it came to the relationships between many of the characters.

1. Star Trek. Nothing, and I mean NOTHING, will ever top the original. Roddenberry was practicing his craft of writing by focusing on westerns and police dramas while being employed by the LAPD. In fact, the character Spock was somewhat patterned after the stoic Police Chief William H. Parker. This is but one touch of realism Roddenberry would add into his scripts, which brought the reality of human relations in places where it had never truly gone. Even though it only lasted for three seasons, the franchise was started with the 76 seeds of episodic trees which have truly blossomed throughout the years.

2. The Next Generation. I claim that the Star Trek Universe has not one but two original series. To come back after an 18-year absence, Paramount was risking a huge investment of both money and reputation. Speaking for myself, it took a few episodes for me to warm up to the idea of a new ship and crew, but the improved writing and focus on quality performances and special effects soon won me over for all time.

3. Voyager. Voyager utilized one of the most popular literary devices: going home. I was so enamored with the quality of writing and performing, I almost feel guilty for positioning it in third place. The only reason I didn’t rank it higher was because of the two original series.

4. Enterprise. Enterprise was a huge disappointment to me. I had assumed that since this was to tell the story of the Star Trek Universe from the very beginning, that it would be able to explain how many of the things we enjoy were brought into being. This was true to a point. Unfortunately, the writers failed in many occasions to tie together loose-ends.

5. Deep Space Nine. DSN was the least of my favorites because of the one difference between it and the other branches of the franchise: They never went anywhere. For an entire franchise that was born under the idea of “going boldly where no one has gone before,” they didn’t seem to be in a hurry to go anywhere.

1. Star Trek. It is hard to top the creativeness and ingenuity of the first series. It had just the right mix of action, creative, compelling and thoughtful concepts, and even a bit of whimsy. How many of the Star Trek concepts (video on a cartridge, talking computers, replication, etc.) have come true? Nowhere else in any Star Trek series is there anything close to the relationships between Kirk and Spock, and Spock and McCoy (“I’m trying to thank you, you pointed-eared hobgoblin!”). Strong characters, good character development, solid chemistry and some terrific storytelling makes this one the best. Like "The Twilight Zone" and "Outer Limits," this was a 1960s show way before its time.

2. Deep Space Nine. This may be an upset to some, but there was a gritty nature, and almost grungy feel, to this underrated series. There is no way space travel could be as clean as portrayed in Next Generation or even the original series. Some criticism is directed at the lack of exploration in the series. Yet the concept of DS9 was an outpost in a dangerous sector. The mission wasn’t necessarily to explore. It was to hold on to this far-flung outpost in a dangerous area with a wormhole nearby — a wormhole in which almost anything could come hurtling out and cause havoc.

3. The Next Generation. You have to give TNG credit for helping resurrect the brand. It is clearly the cerebral version of the original and perhaps closer to Roddenberrry’s perfect universe (it was said Roddenberry had to bring more “action” into the original to make it saleable. Good thing). There were many terrific shows and concepts over the years. Characters were fairly well developed. But the show did not have compelling relationships as in other Star Trek series. What relationship sticks out? Certainly not Picard and Riker. ... In the final episode, one of the final lines by Picard was, “I should have done this a long time ago,” as he finally sat down to play poker with his staff. That sentiment of establishing relationships could have also been that of the writers, who missed a chance to make the series more texturally satisfying.

4. Voyager. The concept of being “lost” (remember “Lost in Space”?) and far away from home has its positives. While you never knew what the end game was ... the overarching concept over this brooding series was the crew somehow getting back to the Alpha quadrant without the apparent 70-year effort. But you knew they would not get back home any time soon because, what then? The show would be over. Despite this, they did create new nemesis and creative story lines, many revolving around the tension of the Maquis being part of the crew.

5. Enterprise. I have always thought prequel-type shows must be careful and tread lightly on what we already know to be the truth. From an aesthetic standpoint, I have always wondered how or why the Klingon changed so much from the original series in appearance once makeup became more sophisticated. At any rate, nothing about this series grabbed me, and I probably have watched fewer episodes of this series than any of the others.