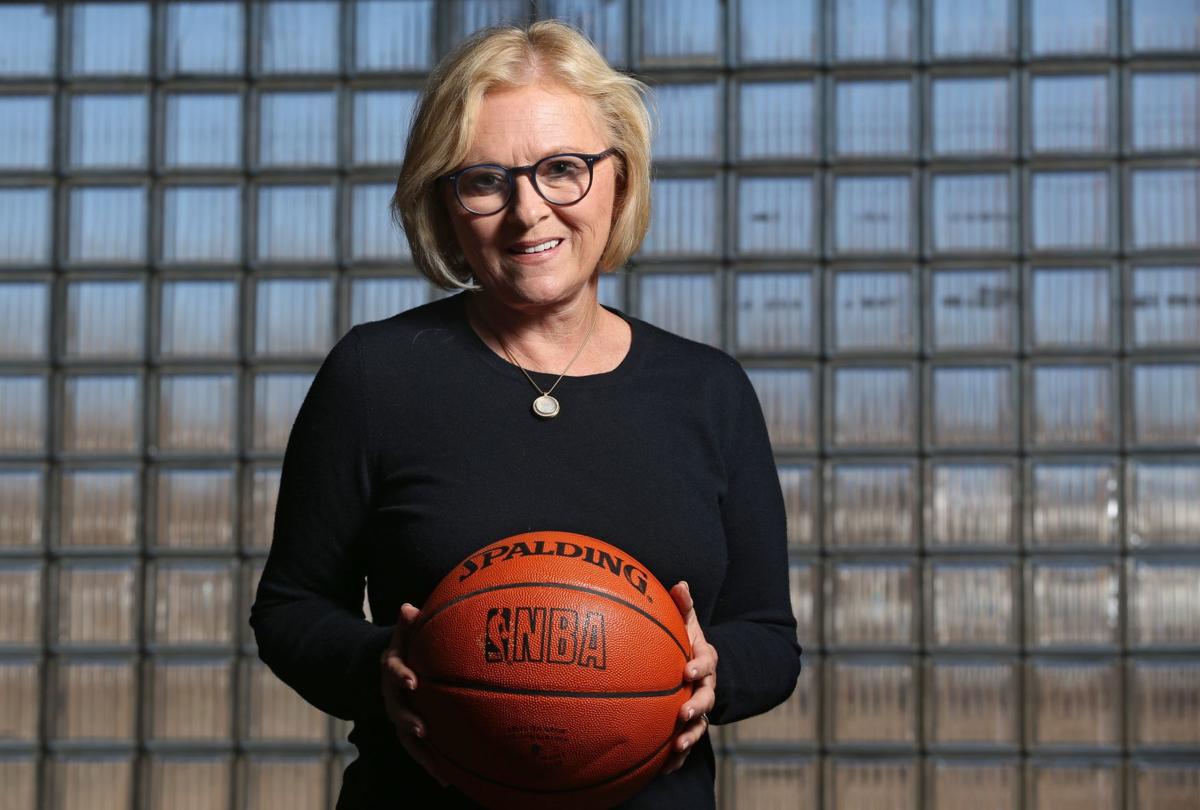 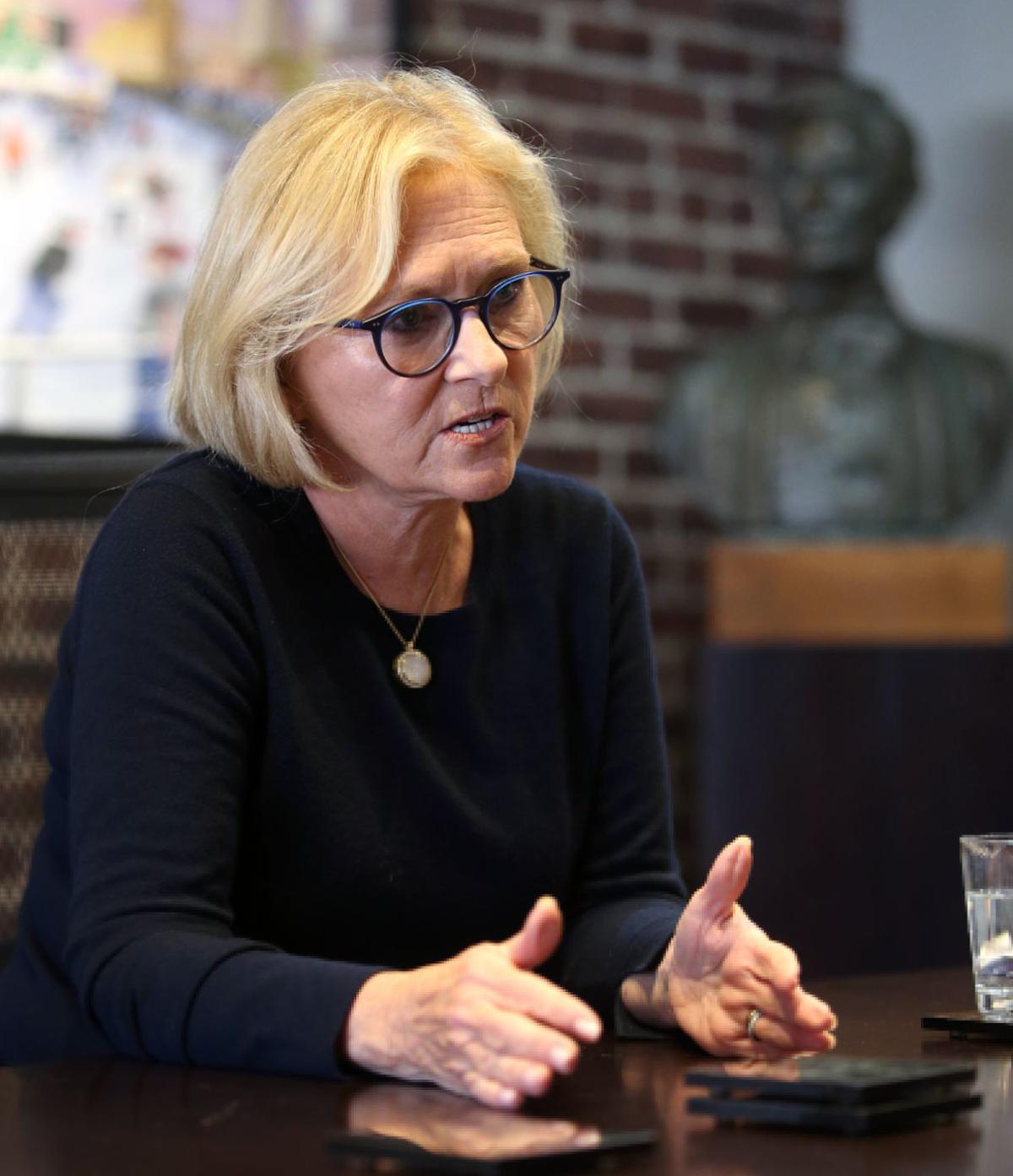 During an interview in her office, former Tulsa Mayor Kathy Taylor reflected on his role in Oklahoma City’s 2008 NBA process. MATT BARNARD/Tulsa World 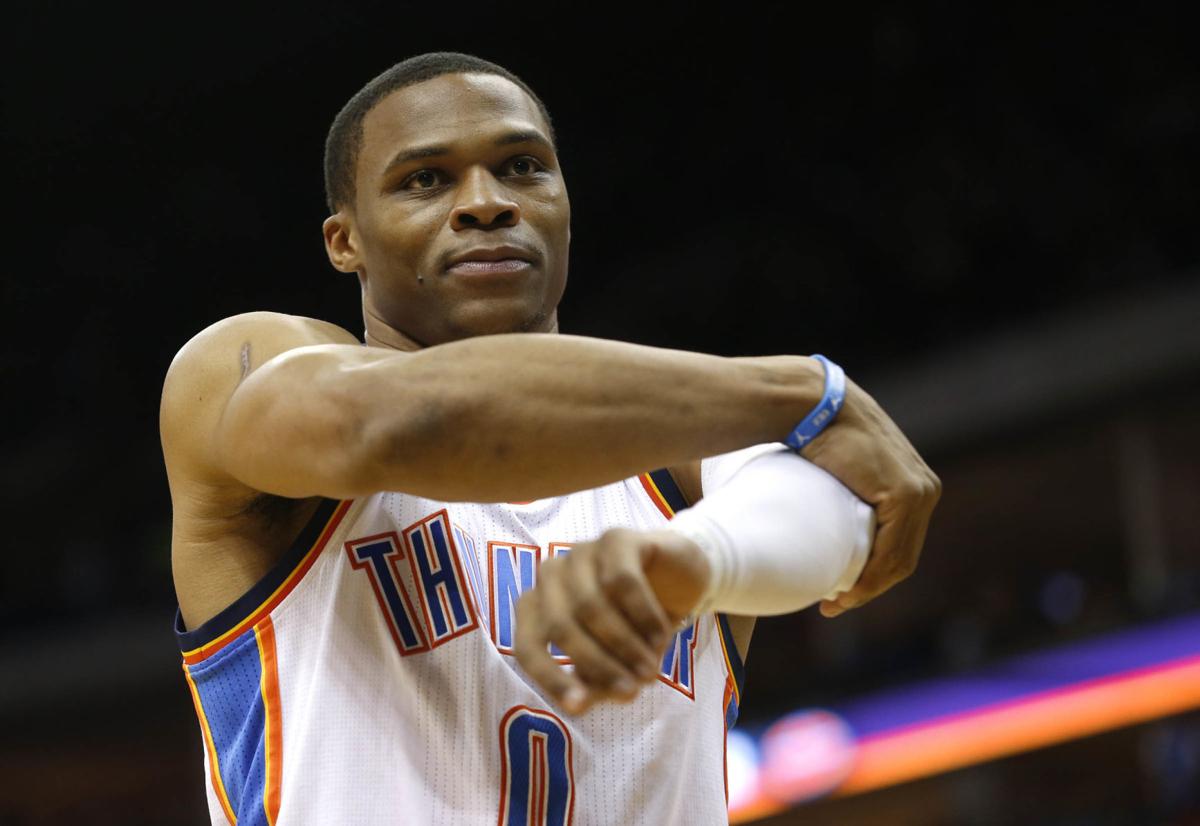 During an interview in her office, former Tulsa Mayor Kathy Taylor reflected on his role in Oklahoma City’s 2008 NBA process. MATT BARNARD/Tulsa World

In June 2008, as National Basketball Association decision-makers had approved the relocation of Seattle’s team to Oklahoma City, Berry Tramel of The Oklahoman concluded a sports column with this: “Whether Tulsans spend big money or not on the NBA, they already have done Oklahoma City a big favor.

If Berry had chosen to be more specific, he could have just thanked Kathy Taylor.

After she was elected in 2006, Taylor could not have expected that an interesting chapter in her 3½-year run as Tulsa mayor would involve a first-name-basis association with then-NBA Commissioner David Stern.

Along with Oklahoma City and state leadership figures in both government and business, Taylor was on the front line when OKC’s NBA investment group hosted Stern and the league’s relocation committee for a critically important, all-day presentation in March 2008.

“There’s just something about being in the room with all of the people who are in charge,” Stern said that day.

Taylor remembered it as having been “a high-energy day. Very intense. Obviously, there was a lot at stake in that room. It was a beautifully orchestrated, professional presentation.

“I made a statement as to why Tulsa would be supportive and what that would look like,” Taylor continued. “I talked about the cities being only 90 minutes apart. I was very proud of Oklahoma that day. I can’t imagine that anyone would have made a better case and presentation. ... Everyone was right on point. If Oklahoma City hadn’t gotten the team, there would have been no regrets because everything was done right.”

After Stern died last week at 77, Taylor reminisced about that process and about her interaction with Stern.

Because the state of Oklahoma has only two real population centers, the commissioner emphasized the importance of Tulsa as an engaged market. Having been the state’s Secretary of Commerce before serving as the Tulsa mayor, Taylor believed an NBA team would change Oklahoma.

Taylor and Stern were linked by their mutual belief that Tulsa was a critical piece in OKC’s attempt to get big-league basketball.

“I thought (Stern) was very genuine,” Taylor said this week. “I heard from him once or twice later. I think the league was really lucky to have him as a very considered leader, looking at the long-term future. It was a very high-profile, emotional, political decision.”

In 2005-07, as the devastation of Hurricane Katrina rendered New Orleans unable to support that city’s NBA team, Oklahoma City was the two-season temporary home of the New Orleans Hornets. Stern was dazzled by the sponsorship and fan response to the OKC Hornets.

After the Seattle SuperSonics were purchased by an Oklahoma City group fronted by prominent business figure Clay Bennett, and after Seattle did not satisfy Bennett’s demand for a new arena, a legal battle led ultimately to the OKC group’s plan for relocation.

Taylor’s expression of Tulsa support really was no more than that — an expression. The City of Tulsa didn’t spend a dime on the attempt to get and sustain NBA basketball in Oklahoma City.

Taylor simply agreed with Stern that the ticket-buying support of Tulsans and relationships with Tulsa companies would be essential for NBA success in Oklahoma City.

“Mayor Taylor and the Tulsa business and political leadership were key in presenting a unified front, supporting an NBA franchise for our state,” Dan Mahoney, a Thunder vice president, said Wednesday. “Commissioner Stern commented numerous times over the years how impressed he was with that unity and statewide support.”

Not everyone in Tulsa was supportive of OKC’s bid to become an NBA market — or of Taylor’s involvement.

This 2019-20 NBA season is the 12th for the Oklahoma City’s Thunder organization, and it has been quite a surprise so far. Because of the summer departure of All-Stars Russell Westbrook and Paul George, the Thunder was expected to be a rebuilding, 50-loss team and miss the playoffs.

Through 37 games, the Thunder is 21-16 and on course to be a playoff team. Now a member of the Houston Rockets, Westbrook plays at Oklahoma City at 8:30 p.m. Thursday.

Today, Taylor and her husband, William Lobeck, are board members of the Lobeck Taylor Family Foundation.

Recalling the 2010-16 period when the Thunder had Kevin Durant and Westbrook and was consistently winning at a high level, Taylor said, “Great players and great showmen. The energy in the crowd and the pride you could feel of Oklahomans — it was immeasurable.

“Nothing better could have happened from an economic-development standpoint. It put us on the map in a different way.”

OKC’s Chesapeake Energy Arena seats 18,203 for NBA basketball. Brian Byrnes, a Thunder senior vice president who oversees sales and marketing, shared this statistic: On average, 7% of game attendees — or about 1,275 spectators — are from the Tulsa area.

For 41 regular-season home games, plus postseason dates, an average of 1,275 Tulsa residents roll down the Turner Turnpike for food and basketball in downtown Oklahoma City. Byrnes said the Thunder is aligned with 11 companies that have a presence in Tulsa.

That seems to be the type of Tulsa support Taylor and Stern envisioned in 2008.

“I’m not an athlete,” Taylor said. “I was the kid in gym class who read a book on the sideline. So, for me as mayor to have been involved in the Thunder (and in the development) of ONEOK Field, I kind of feel like I have some sports credibility now.”

When Kevin Durant returned to Oklahoma City for the first time as a member of the Golden State Warriors, there was an avalanche of angry reaction from Thunder fans.

For Russell Westbrook, who remained with the Thunder for three seasons after Durant departed, the reception should be infinitely more positive.

In 2008-19, Westbrook was the Thunder’s point guard and became an Oklahoma sports legend. When the Houston Rockets visit at 8:30 p.m. Thursday in a TNT-televised game, Westbrook will start for the 476th time at Chesapeake Energy Arena — and for the first time as an opposing player.