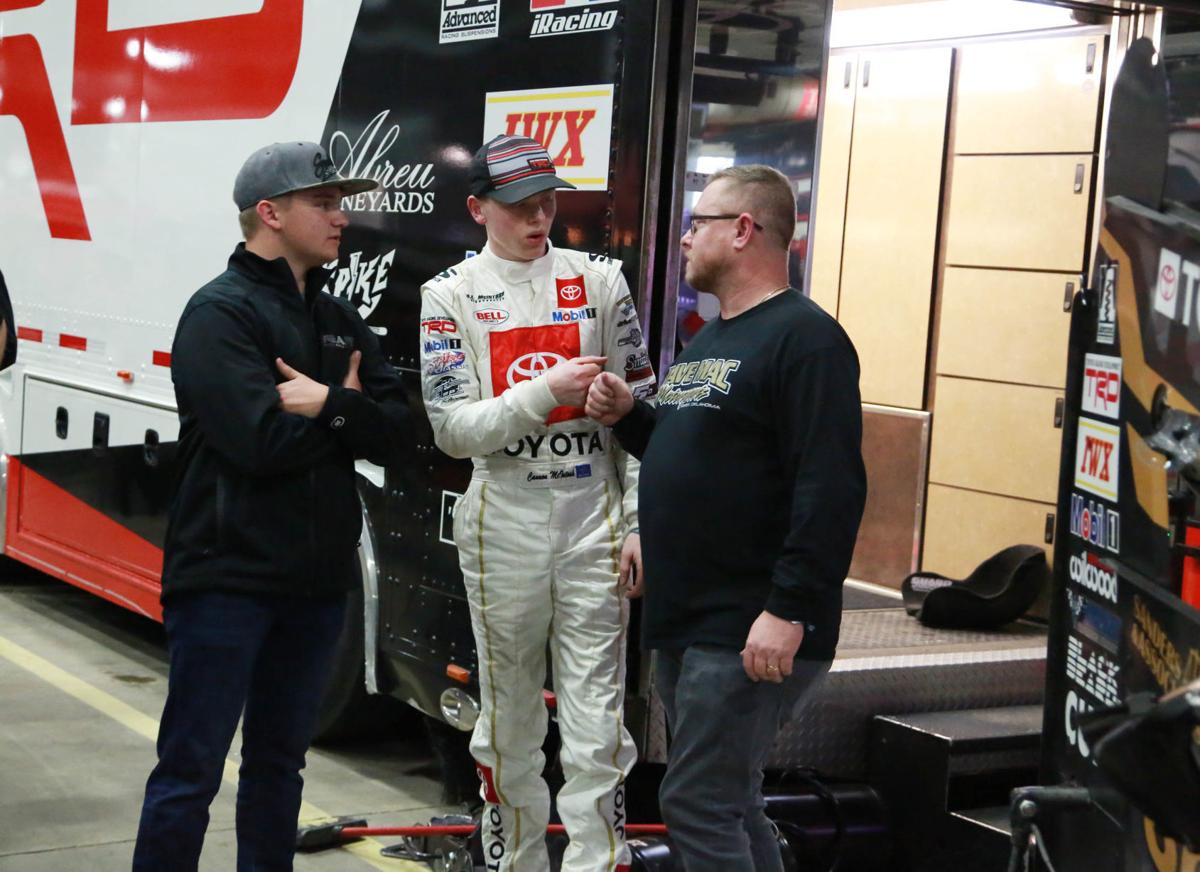 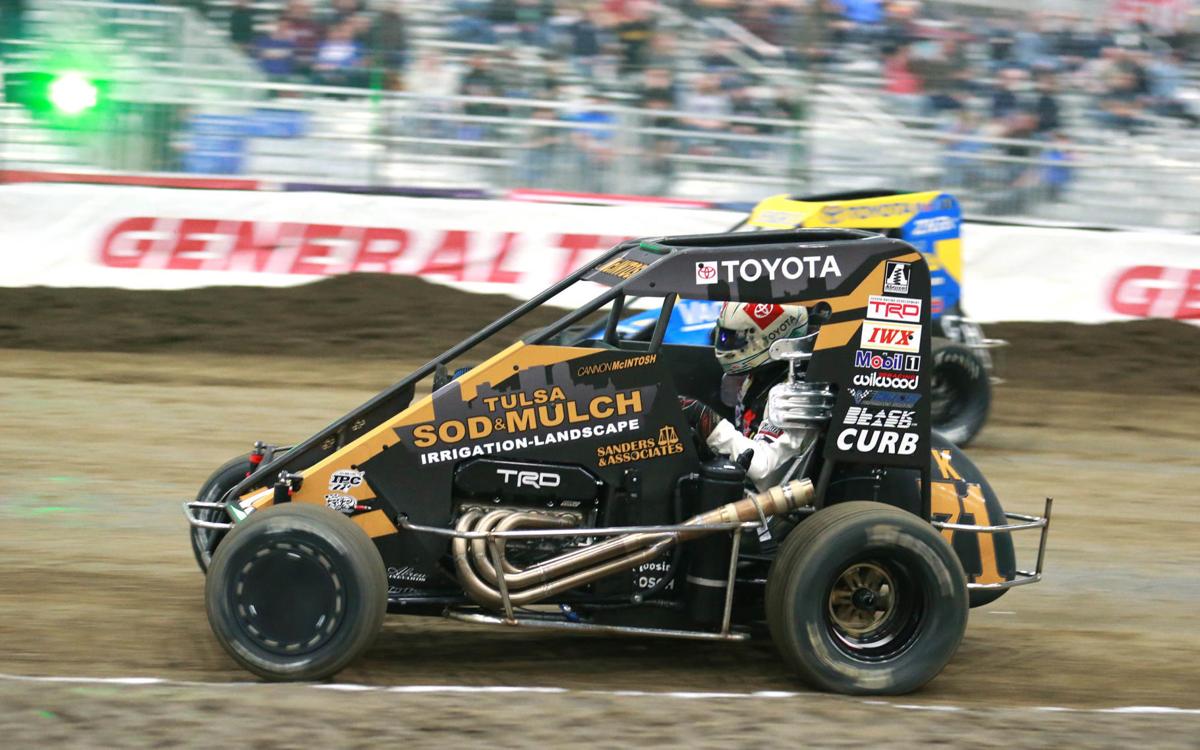 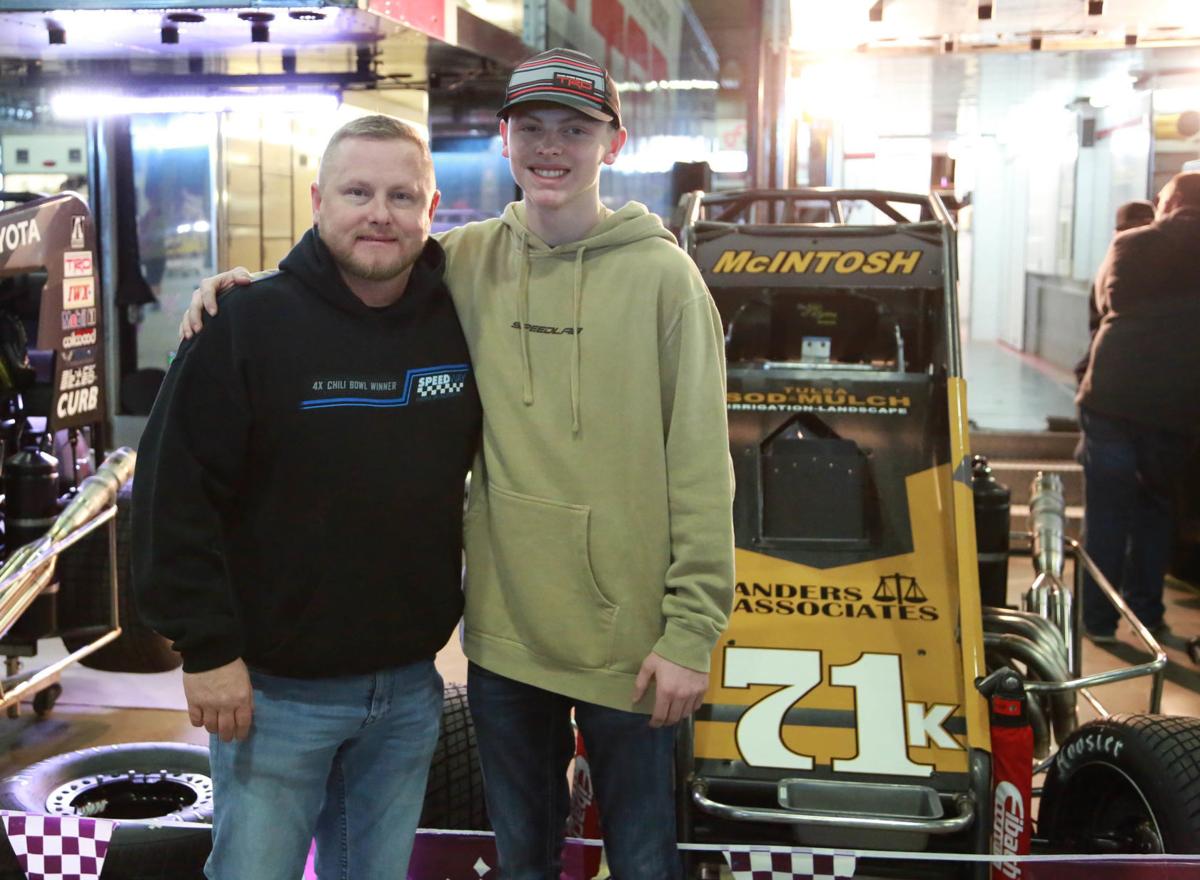 Since his 2019 Chili Bowl debut, 17-year-old Cannon McIntosh of Bixby has come a long way.

McIntosh drove to a third-place preliminary night feature finish last year in his family-owned midget and just missed making the A feature with a 10th-place B feature run.

It was a precursor of things to come.

Throughout the 2019 season, McIntosh took the family Toyota-powered midget on the road, racing at select USAC and POWRi events. McIntosh won his first night out and had several near misses when mechanical issues got in the way.

“it has been a lot of ups and downs,” said McIntosh, who finished sixth in POWRi points. “We started off the year with a big win. We have had plenty of rough patches along the way, but there has been lots of excitement in all of those.

“We had one USAC win. We had a guaranteed win at Grain Valley, Missouri and was disqualified for weight. There were a couple of others we were leading and had part failures.

It has been one of those years where things can be going good and something can be happening out of the blue.

“When you have a year like that it makes you just want to come back, even more, the next year.”

The biggest heartbreak came at Turkey Night at Ventura (California) Raceway, where McIntosh was 10 laps from victory when a suspension part broke on his midget. Kyle Larson benefited and inherited the lead for the win.

“At Turkey Night we led 67 laps coming up short with 10 laps to go with a part failure,” McIntosh recalled. “But you can’t complain about getting beat by Kyle Larson.”

“We were right there with him at Gateway,” McIntosh said. “We ran second in the preliminary and locked in for the feature. We started fourth on the main night, got up to the lead on the third lap and led 15 laps and Kyle got by, then we had a little incident.

‘It was a good way to finish off the season as we had a lot of bad luck towards the end.”

This week McIntosh will have another chance to race Larson, and he looks forward to it.

“It is always fun racing against Kyle because he is going to race you as hard as you race him,” he said. “He has so much experience.”

McIntosh will have his best chance of beating Larson as he will be driving for five-time Chili Bowl-winning midget owner Keith Kunz.

“You can’t complain about coming here and running with the KKM team,” McIntosh said of the team which won the last five Chili Bowls with Christopher Bell and Rico Abreu driving. “These guys know what they are doing. I am hoping to get in the seat and do my thing and hopefully, everything will work out.

“I am trying to come into this with no pressure. It is just another race. We are going to treat it that way and I am going to drive as hard as I can drive and everything will work itself out.”

McIntosh knows you have to drive smart and stay out of trouble to succeed at the Chili Bowl.

“You have to be smart and keep your nose clean and stay out of all the incidents,” he said. “A lot can happen really fast. When you can pass a car, you have to go then. You can’t waste time.

“I hope we can keep racing with the best of them and put on a show at the Chili Bowl.”

Chili Bowl at a glance

Monday at the Chili Bowl: Bixby’s Cannon McIntosh capped off a perfect night, winning the 30-lap preliminary A feature.

After winning his heat and qualifying heat, the 17-year old led the first four laps before giving up the lead to Aaron Reutzel. Reutzel was involved in a crash on lap 11 to bring out a yellow flag. McIntosh regained the lead, then held off a late challenge from Tyler Courtney for the win.

“I hated to see that red,” McIntosh said of a stoppage on lap 23 that could have changed the outcome of the race.

McIntosh and Courtney became the first two drivers to qualify for Saturday’s 55-lap finale. Reutzel restarted at the rear of the field and charged to a third-place finish.

On tap Tuesday: 2008 champion Damion Gardner will be qualifying along with NASCAR drivers Kyle Larson and Alex Bowman. The 11th annual Vacuworx Race of Champions will also be run.