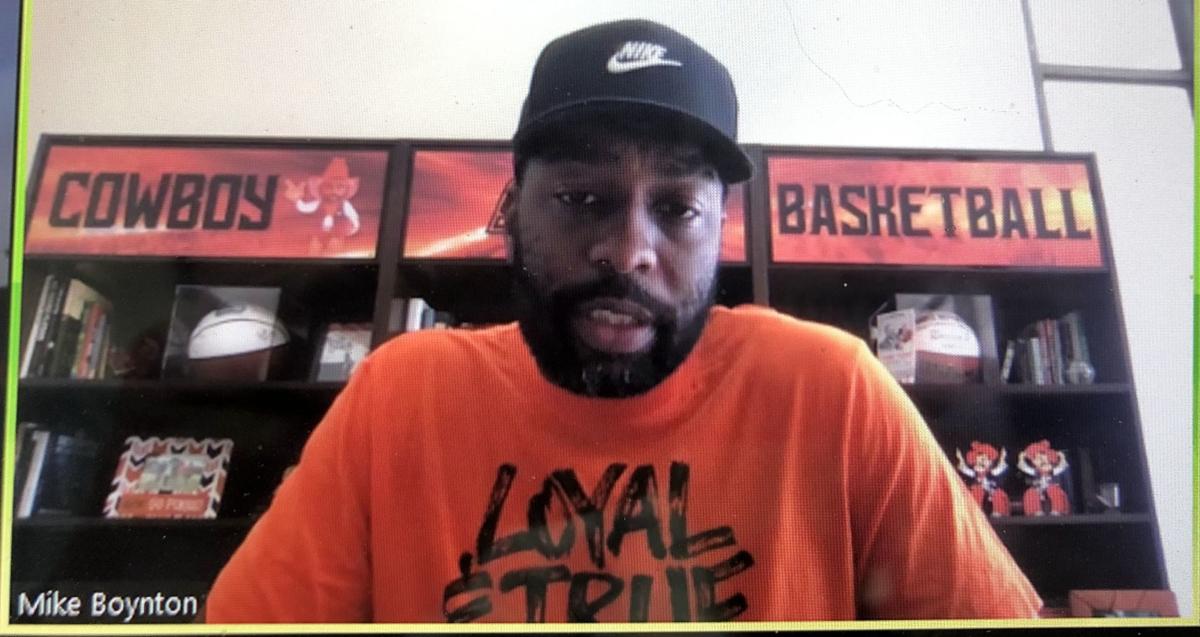 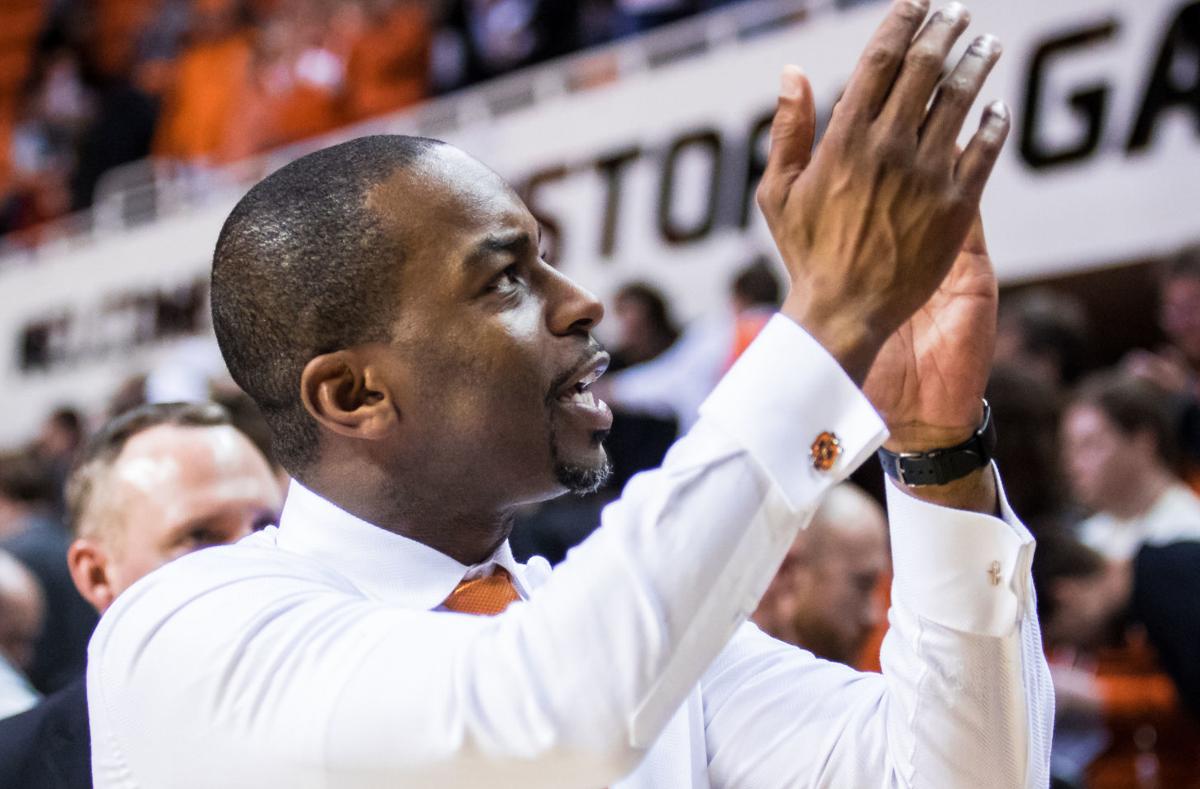 Until a few days ago — when Mike Gundy wore a shirt that invited controversy to Stillwater — I probably would not so immediately have noticed Mike Boynton’s fashion statement for a Monday Zoom conference.

Boynton was clad in an orange shirt with the words “Loyal & True” stamped on the front.

In effect, as video from the conference would be used on 5 o’clock, 6 o’clock and 10 o’clock newscasts, the Oklahoma State basketball coach made the simple, common-sense choice to market his program and university.

The words “loyal and true” are included in the lyrics of the school’s alma mater, and Boynton today is the Most Valuable Person on the Oklahoma State campus.

OSU’s brutally difficult spring included the death of Eddie Sutton, the cancellation of the Cowboy baseball season in a phenomenal new ballpark, the announcement of severe NCAA penalties for the Cowboy men’s basketball program, and Gundy’s decision to pose for a photo while wearing a One America News network T-shirt instead of a “Loyal & True” shirt or something comparable.

The spring season ended and the summer season began on Saturday. So far, it’s a spectacularly positive summer for Oklahoma State.

On Monday morning, five-star basketball recruit Cade Cunningham announced that he’ll spend the 2020-21 season with the Cowboys — even if they’re sentenced to a ban from postseason play. OSU soon will appeal that aspect of the NCAA sanctions.

Boynton has no idea how the appeal process might turn out, but he can rest assured that Cunningham — the highest-rated prospect in OSU basketball history — will be on the Cowboy roster for one season. After that, he’s considered a candidate to become the first player selected in the 2021 NBA draft.

To his Instagram audience of 145,000 followers, Cunningham said this: “Now, more than ever, I’m loyal and true. I’m committed. Stillwater, let’s work.”

Within hours of Cunningham having stated that he’s “loyal and true,” Boynton wore a “Loyal & True” shirt.

Was it happenstance or a calculated play by the Cowboy coach?

“It’s not the first time I’ve worn this T-shirt,” Boynton explained, “but yeah, I’m conscious very much with what’s going on out here. This shirt and the words on it — it’s not just a shirt with words on it. They have meaning to me and they have meaning to our program. I’m glad our players truly believe in it.”

By making himself available to 29 media members for the discussion of any and all topics, Boynton did on Monday what Mike Gundy and athletic director Mike Holder have not done during the past eight days.

The OSU football coach did speak with ESPN for a recorded exchange that aired on SportsCenter. Included was Gundy’s condemnation of himself as having been a “dumb ass” for wearing a One America News shirt and for effectively promoting a network that reportedly has been critical of the Black Lives Matter movement.

Boynton, meanwhile, did a 40-minute Zoom and was asked for his reaction to the Gundy story.

“Other than in a passing conversation, I didn’t know anything about (the One America News network),” Boynton said. “I haven’t really talked much about it since then, either. There’s kind of been a lot going on with our own program. I’ve been really focused on that, but I’m aware of what’s going on. I support the players 99 times out of a hundred. I think that’s a big part of the reason we’re having this (Cunningham) conversation today. That’s really what we try to keep our focus on.

“I haven’t really had any of our players approach me about (the OSU football situation). It has come up in a few of our recruiting conversations with some other guys. You deal with things as they come up.”

The 2020-21 season will be Boynton’s fourth as the OSU basketball head man. His records are 51-49 overall and 20-34 in the Big 12. To be fair, he’s been dealt some unfortunate circumstances (like Isaac Likekele’s extended, health-related absence last season).

The point of mentioning Boynton’s record is that he’s barely beyond the .500 mark, but has recruited well and still has a rock-solid standing with his employer and fan base. Both with fan relations and media relations, he gets an A-plus.

With his words and deeds, he never seems to make a mistake.

Seemingly everyone invested in Oklahoma State — including the university administration — roots for him to thrive and coach the Cowboys for a long time.

When Boynton professes to being “Loyal & True,” he doesn’t just say it. He wears it — figuratively and literally.

On Monday, he wore it at a time when Oklahoma State really needed such a smart shirt choice from a head coach.