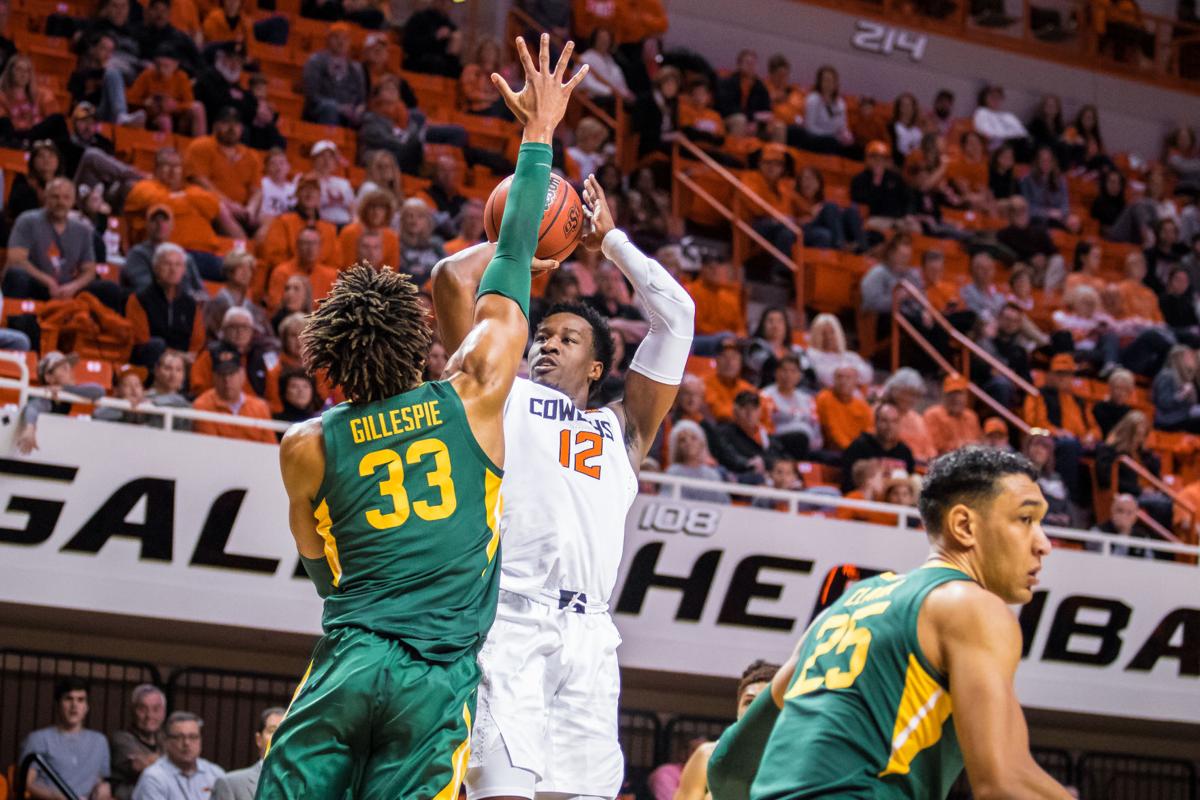 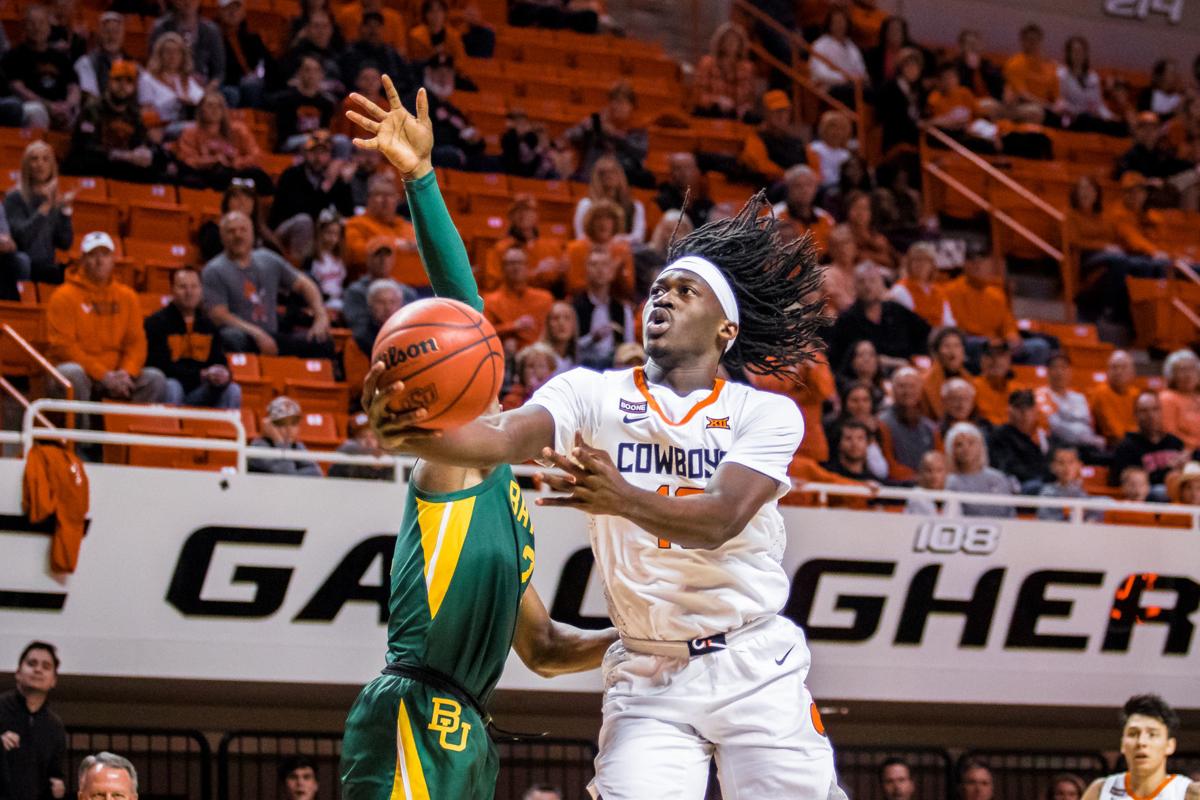 STILLWATER — Oklahoma State played significantly better Saturday than it had in its previous four Big 12 Conference losses, but the Cowboys still couldn’t translate it to a win against No. 2 Baylor.

The 10 made 3-pointers were the second-most in a game this season for the Cowboys. Senior Cameron McGriff tied his career high of four 3s on his way to 16 points in a 75-68 loss at Gallagher-Iba Arena.

Oklahoma State led for most of the game, and didn’t trail until a 3-pointer by Baylor’s MaCio Teague put the Bears up 53-51 with 8:43 remaining.

The Cowboys trailed 70-68 when Baylor’s Jared Butler went to the free-throw line with 19 seconds left. Butler knocked down the first free throw to give the Bears a three-point lead, but missed the second one.

OSU’s Yor Anei rebounded the ball in a one-possession game, but immediately turned the ball over on a bad pass. Devonte Bandoo was fouled and made both free throws to stretch the Baylor lead to 73-68 with 15 seconds left.

“I told Yor it was one of a hundred mistakes that was made in the game,” OSU coach Mike Boynton said. “Obviously, it was highlighted because it was the moment people want to look at, but there is no guarantee we go and make a 3 at the next possession and don’t have to foul again.”

“He gave us unbelievable effort on the glass, he battled his tail off against some strong guys in there and he was a part of the reason we were right where we were to have a chance to win today. So, I need that kid to know that I love him and that he is going to be a part of our success moving forward.”

OSU held a 36-27 halftime lead partly because of 8-of-14 shooting from 3-point range. McGriff, who finished the half 4-of-5 from deep after hitting his first four attempts, scored 14 of his 16 points in the first half.

Thomas Dziagwa added 11 points on 3-of-4 shooting from the 3-point arc.

The Cowboys built their halftime lead with solid execution of their zone defense, which forced Baylor to shoot 35% and finish the half on 2-of-12 shooting from behind the arc.

“I think that’s the way to play them,” Boynton said about the zone. “They’ve got four really dynamic guards. … Although I want to play man-to-man, the zone gave us a chance today. We came up short, but I still think that’s how you’ve got to play them.”

Baylor also made 16-of-19 free throws in the second half after only shooting four in the first half. OSU held its largest lead of 12 with 14:11 remaining, but an 11-2 run by the Bears cut the lead to 49-46. Baylor eventually went ahead and there were five lead changes in the last eight minutes.

Four players scored in double figures for the Cowboys, including Isaac Likekele, who finished with 16 points and five assists. He tied his career high of nine rebounds and led OSU with four steals.