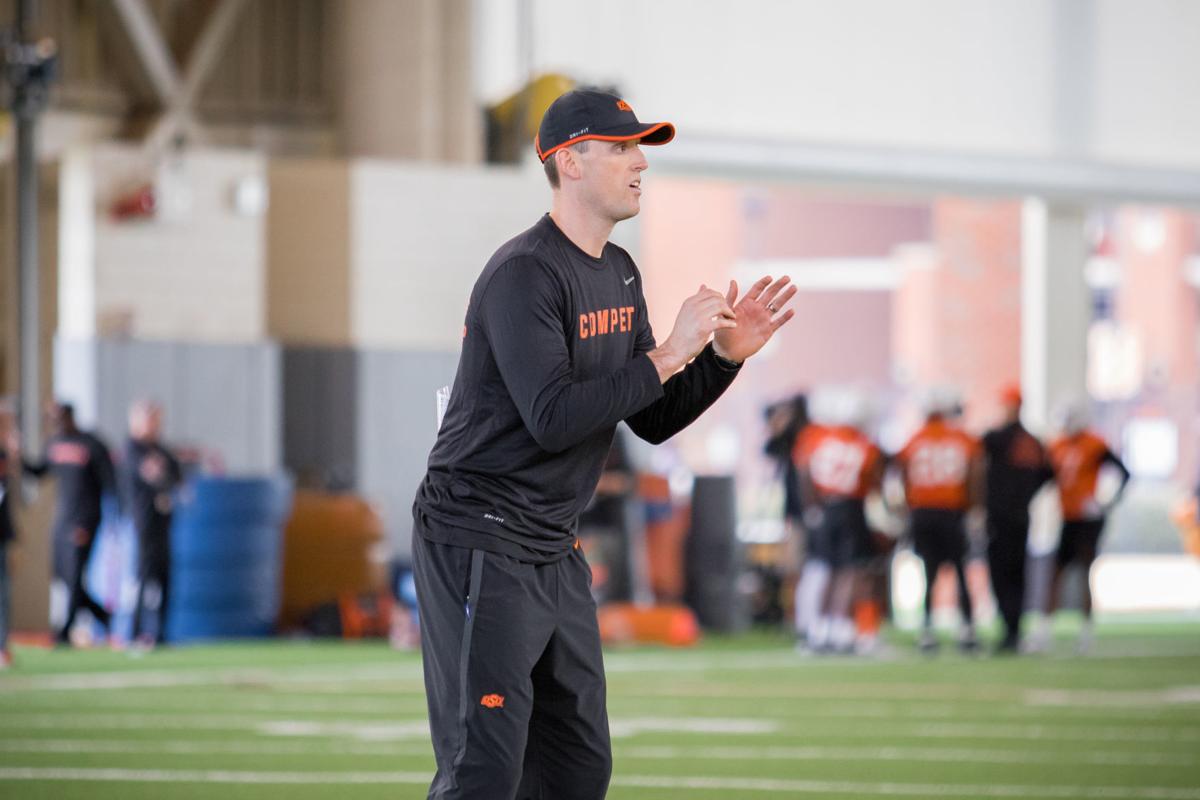 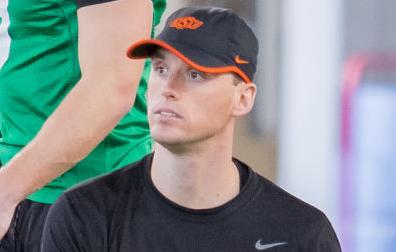 STILLWATER — His first job out of college was teaching high school English and algebra.

As he now learns Oklahoma State’s offense, Sean Gleeson is taking an old classroom mantra with him from New Jersey to Stillwater.

“Just stay one day ahead of the kids,” Gleeson said. “So that’s what I’m trying to do right now.”

Oklahoma State’s new offensive coordinator met reporters for the first time Monday after the Cowboys began spring practice with a two-plus hour workout. It has been a whirlwind two months for Gleeson, who had never lived out of the northeast before Mike Gundy plucked him out of Princeton to replace Mike Yurcich, now at Ohio State.

“Fantastic for a New Jersey boy,” Gleeson said of his first two months with OSU.

On Monday, Gleeson watched his quarterbacks — Dru Brown, Spencer Sanders, Brendan Costello and walk-on Shaun Taylor — throw passes for the first time. During the 35 minutes of practice open to the media, Gleeson moved with purpose, carrying himself with an infectious energy that he said will be part of his DNA.

“I think you’ve just got to be yourself and part of being Sean Gleeson is going to be running around with a ton of energy,” he said. “And I love to play. My whole life I played a gazillion sports and it was about having a lot of energy and juice out here to hopefully inspire these guys to play the same way. But it’s just about being yourself.”

It’s that energy — in addition to the gaudy numbers from the Princeton offense — that compelled Gundy to hire his second consecutive coordinator from a lower level.

Six years ago, Gundy shocked the college football world by hiring Yurcich out of Division-II Shippensburg.

With Gleeson, who led one of the top offenses in FCS for an undefeated Princeton team, Gundy said there was less research involved.

Gleeson, he said, had a reputation in coaching circles.

“He’s been a solid coach and he’s been good with the style of offense that we have,” Gundy said. “He’s done excellent with quarterbacks in training. Had a lot of success. He’s young. He’s ambitious. Players have a very good feel for him as a person and a coach. So I just felt like he was a good fit.”

Gleeson said he was pleasantly surprised to hear from Gundy because of the head coach’s offensive reputation.

When the two got to talking, they immediately worked on building trust.

A year ago, Gundy brought his entire staff in to interview defensive coordinator candidates before settling on Jim Knowles.

This time around, Gleeson said the process was more about the head coach and prospective coordinator getting to know each other.

“I think part of that whole process was just about dialogue and developing trust and understanding that I can stand on my own two feet and do this job,” he said. “But outside of that, it wasn’t like I was drawing up a ton of plays for him that he hadn’t seen before. He had done his homework on me which was fun to kind of chat about. He had watched a bunch of games and done a lot of research.”

Gundy’s research showed him that while Princeton played fast at times, it didn’t play as fast as OSU.

It’s a comment Gundy made to Princeton head coach Bob Surano as well as Gleeson.

But so far, that hasn’t been a huge adjustment.

“He played fast today in practice,” Gundy said. “In fact, in my notes, they need to slow down a little bit. So whether he made the adjustment quick or got the hint or (Kasey) Dunn filled him in on the info, one or the other, they were really, really fast today.”