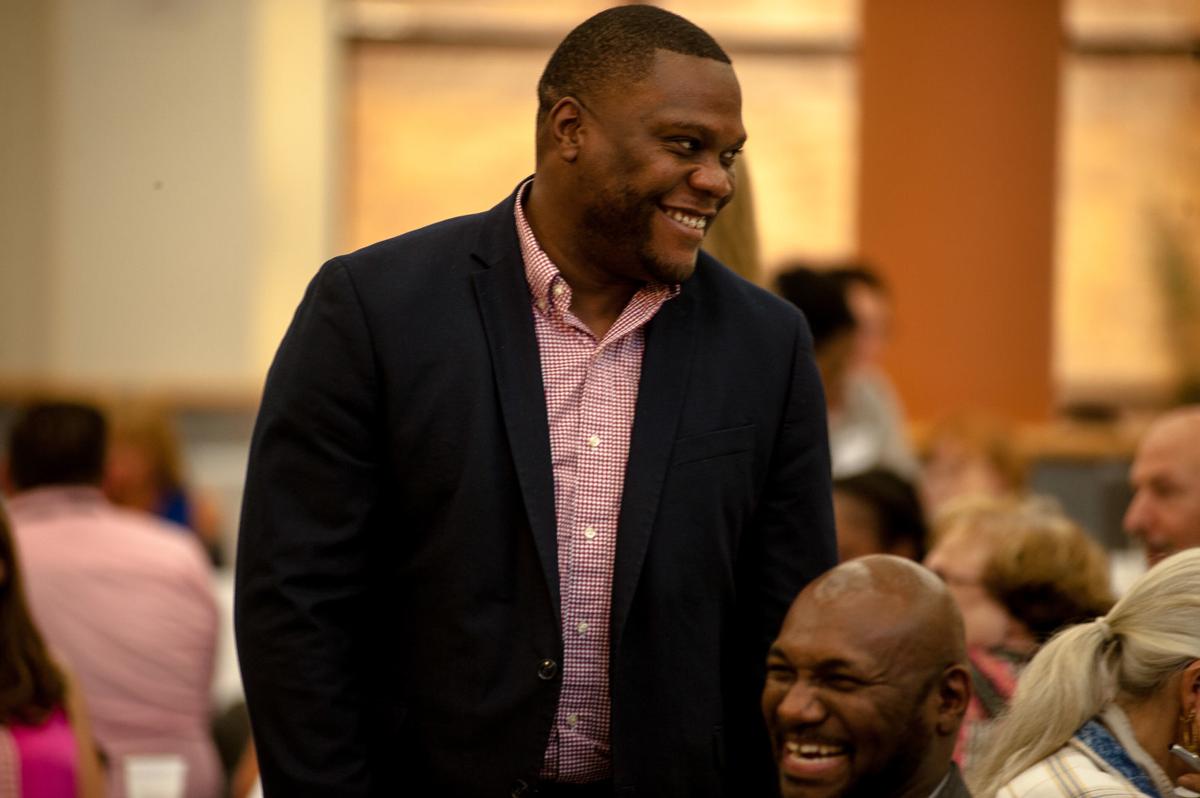 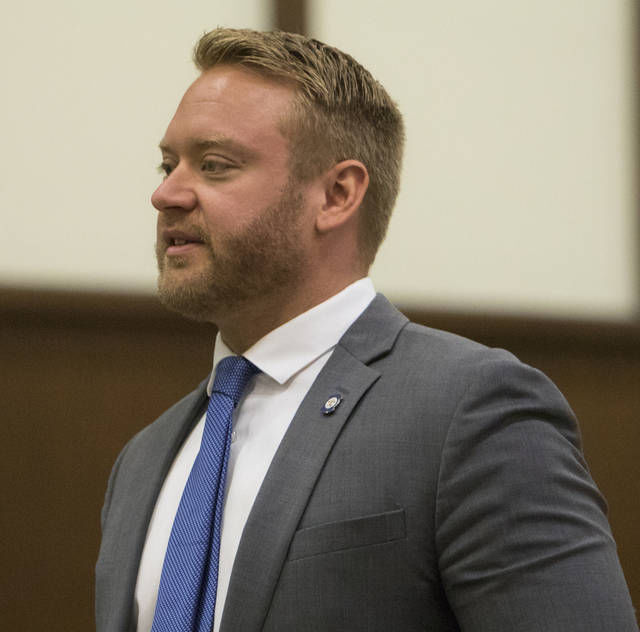 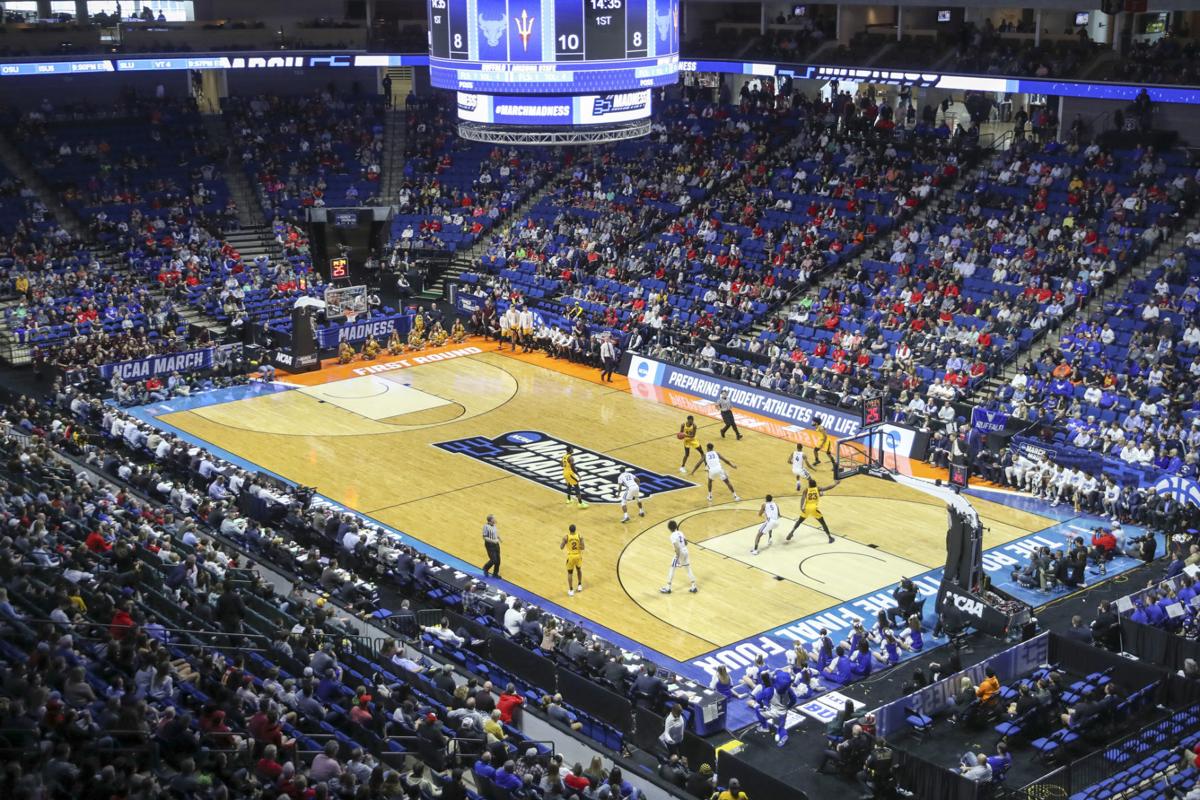 Fans watch an NCAA Tournament first-round game between Buffalo and Arizona State at the BOK Center last March. Legislation allowing college athletes to profit off their name, image and likeness is a hot topic in the worlds of sports and politics, and one on which both parties seem willing to work together. IAN MAULE/Tulsa World file

Fans watch an NCAA Tournament first-round game between Buffalo and Arizona State at the BOK Center last March. Legislation allowing college athletes to profit off their name, image and likeness is a hot topic in the worlds of sports and politics, and one on which both parties seem willing to work together. IAN MAULE/Tulsa World file

At a time Democrats and Republicans would rather wring each other’s necks than shake each other’s hands, they are coming together to champion one unified cause: the rights of NCAA athletes to their monetary value.

Remember the Fair Pay to Play Act signed by California Governor Gavin Newsom and heralded by LeBron James last September? The first piece of legislation allowing college athletes to profit off their name, likeness and image? It was co-authored by a Democrat and Republican and it breezed through the California legislature with unanimous support.

The bipartisan movement has gained steam from state to state since, with Democrats and Republicans getting involved in red and blue states. Consider our own.

Representatives Monroe Nichols, D-Tulsa, and Mickey Dollens, D-Oklahoma City, co-authored an Oklahoma house bill entitled “Fair Pay to Play” toward the end of last year. It touts the Olympic model as California’s bill does, whereby athletes profit off their name, likeness and image — think commercials, apparel endorsements or autograph signings — while retaining their amateur status, something Olympians are allowed to do.

Nichols told me recently his and Dollens’ legislation has been filed. Committee hearings are next.

“We’ll know in two or three weeks how things are going,” he said.

He anticipates things will go well, never mind that this is a Democrat-introduced bill about to navigate our Republican fortress of a state legislature.

“This is not a partisan issue,” Nichols said. “This is about fairness.”

You could make a halfway reasonable case against NCAA athletes’ income potential once. The argument was that the value of a scholarship and all it entailed, including class tuition, room, board and books and readily available academic support, combined with the perks of being a big-time athlete — attention, road trips, Nike and Adidas gear — was ample compensation.

Then the money flowing off the backs of the athletes went from a rich stream to a grotesque tsunami. Dabo Swinney’s $93 million contract to coach Clemson football, for instance. Mark Emmert’s $3.9 million in compensation to oversee the NCAA. The $8 billion contract CBS/Turner Sports signed to televise the NCAA Basketball Tournament. The SEC’s $651 million revenue distribution to its athletic programs.

You can see those numbers and keep howling that the athletes still get their fair share with a scholarship and cost of attendance thrown in. But then you must report back to your cave and slurp your dinosaur broth with your stone spoon.

“When you create a system that generates that kind of money and that kind of attention, I think it only makes sense that young people who are driving the industry have the opportunity to not be kept from profiting off their likeness, which has been the case.”

Nichols, a University of Tulsa receiver in the early 2000s, knows it. Dollens, an SMU defensive lineman in the late 2000s and later a U.S. bobsledder, knows it.

Republicans like Oklahoma state senator and former TU football coach Dave Rader know it. He voiced his support for NCAA athletes’ income opportunities to the Tulsa World after California’s Fair Pay to Play Act passed, calling it “part of the free-market system.”

Democratic and Republican senators and representatives in at least 13 states besides Oklahoma and California know it, and have either introduced or are considering their own versions of Fair Pay to Play.

U.S. senators like Republican Mitt Romney and Democrat Cory Booker are at least aware of it. They are part of a bipartisan working group formed in December to consider college athletes’ name, image and likeness rights.

The White House is aware of it. CBSSports.com reported Friday that the Trump administration has met with those involved in the NIL cause.

Think about that. The administration typically lowers a steel cage around bipartisan gestures before strapping on brass knuckles. And yet here we are.

This is no longer a matter of “if.” NIL compensation is coming, my friends. It’s solely a matter of “when” — for a benchmark, California’s Fair Pay to Play is scheduled to take effect in 2023 — and “how.”

Even Emmert, whose NCAA is generally dragged kicking and screaming to acquiesce to athletes’ rights, has come around. Sort of.

Last October, the NCAA Board of Governors voted to permit athletes to benefit from NIL usage “in a manner consistent with the collegiate model.” What that “manner” means is up to NCAA representatives charged with examining the issue further, not to mention U.S. Congressional types Emmert has asked to help sort this out.

It’s fascinating. Cross politics with sports and all you get, usually, is bloody. You get grandstanding. The issues at hand, meantime, get submerged.

Not this time. The issue here is so obvious even politics can’t screw it up.

“I do like the fact that states are starting to take the lead on student-athletes’ compensation,” Nichols said. “Hopefully it’s a strong indication that this is happening from California to Oklahoma to Florida. You’re going from blue to red there, from a Democratic governor to a Republican one. You’re crossing the country.

“Again, this shows this is not a partisan issue. This is something that should happen as quickly as possible.”