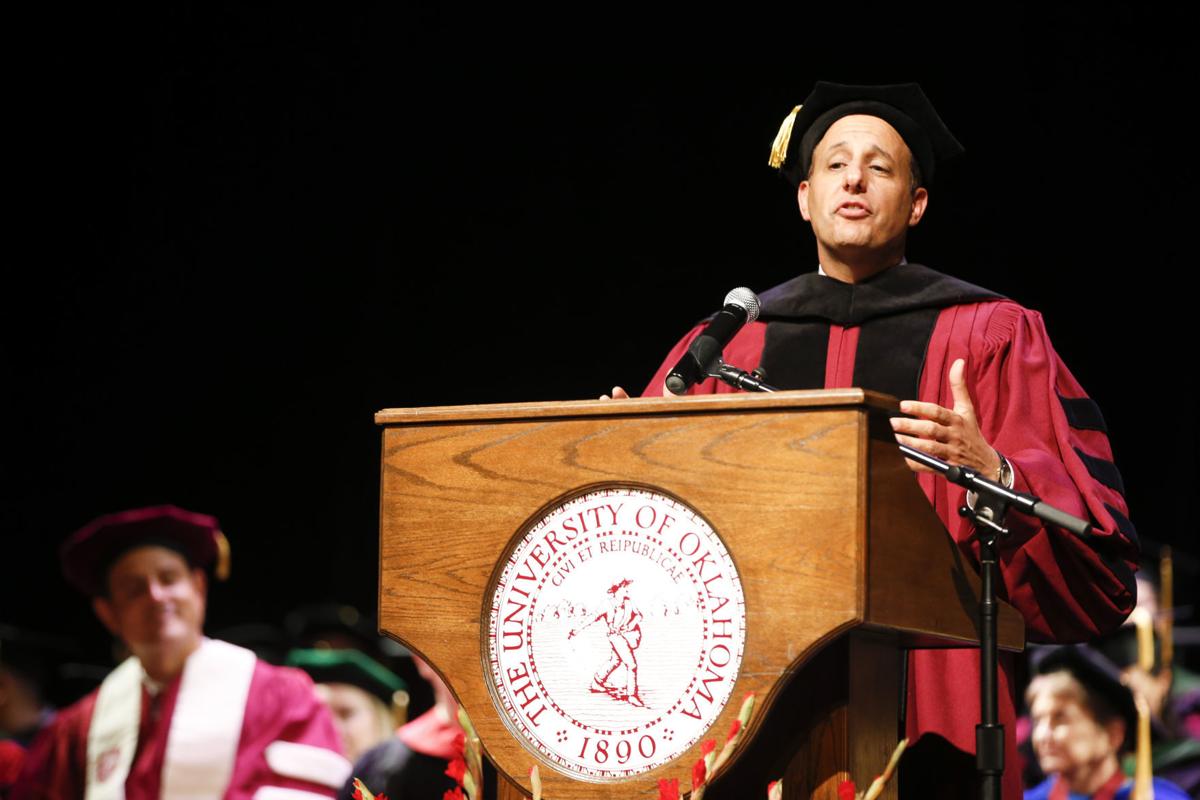 OU President Joseph Harroz said during the Tulsa World’s Let’s Talk town hall, “We’re going to have football. The question is in what form it comes.” IAN MAULE/Tulsa World file 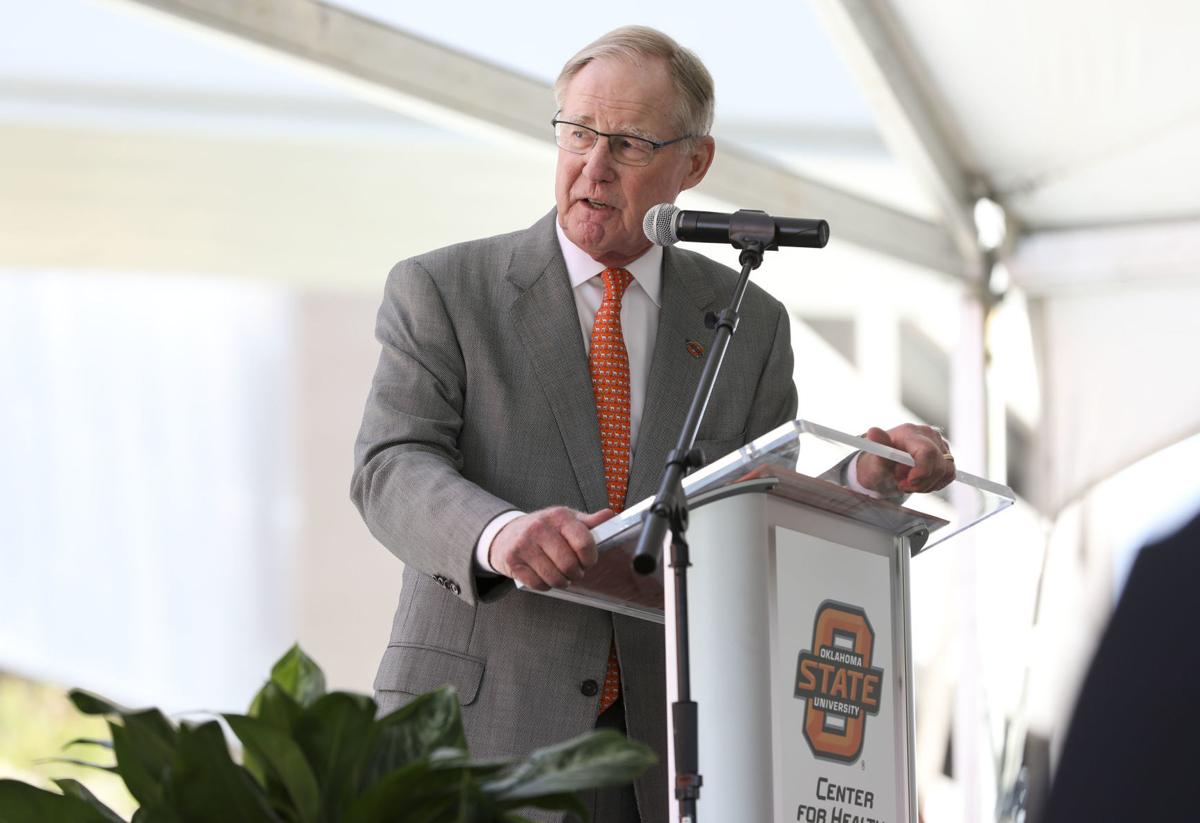 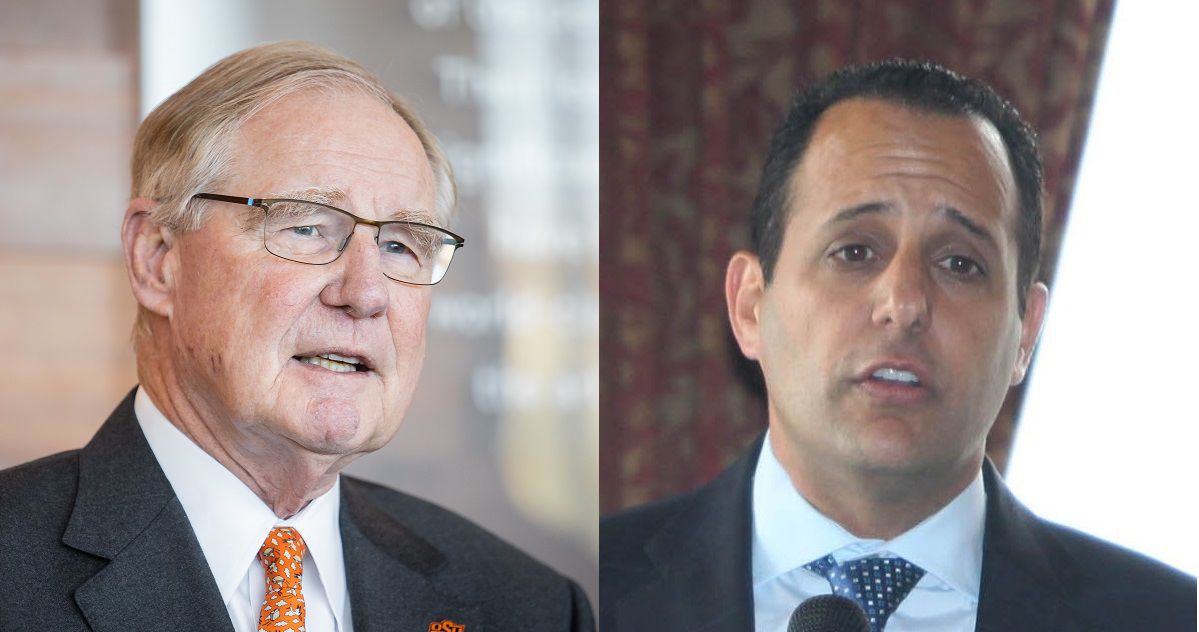 OU President Joseph Harroz said during the Tulsa World’s Let’s Talk town hall, “We’re going to have football. The question is in what form it comes.” IAN MAULE/Tulsa World file

Let’s see what OU President Joseph Harroz and OSU President Burns Hargis had to say about the potential for a 2020 season, what that means for fans and the financial impact COVID-19 has had, and likely will continue to have, on the two schools.

“We’re going to have football,” Harroz said. “The question is in what form it comes. Burns and I meet on this every two weeks. We just had our most recent call with the rest of our Big 12 CEOs yesterday evening. It is an ongoing question. The reality is these answers are going to come ...”

Are going to come when, exactly?

“I think we’ll have these answers mid-to-late July,” Harroz said. “Until then it’s speculation, I think, about just how full these stadiums are going to be.”

How to manage football attendance during the pandemic was a key issue during Tuesday’s forum. It has been a point of discussion over the past several weeks with OU and OSU athletic personnel.

OSU Deputy Athletic Director Chad Weiberg recently told the Tulsa World: “If the health officials and (government and university) officials allow us to, we will play in front of a full stadium. Right now, that is the only scenario that we are planning for.”

Hargis tamped that down a bit Tuesday.

“I think you could come up with a method where you have fans in the stands. I doubt that you can fill them up,” he said. “But you can probably social distance if you have a certain number, with families sitting together. That’s, I think, a possibility.”

While Hargis didn’t connect masks to attending games at Boone Pickens Stadium this fall specifically, he did tie them to campus life upon students’ return, saying: “When you wear a mask, you’re really protecting other people rather than yourself. That’s just got to be part of our ethos.”

As to the structure of the football season itself ...

“We (hope to) play a full season and a full menu of games, but maybe the team that week isn’t going to travel,” Hargis said. “Or maybe they have too much in the way of COVID and can’t play the game. So it’s going to be kind of catch-as-catch-can as we go down the road.”

The viability of nonconference games, where travel increases, has drawn more attention the past week or so as the coronavirus has surged in several states, Oklahoma among them.

“There’s obviously questions about conference versus nonconference games and how you manage those,” Harroz said. “The current plan is to play all of them. But as we’ve said, we don’t control this virus. It may control us. As of right now, every intention is to play.”

It’s very important to the universities and athletic departments’ bottom lines. And while everyone connected to college football professes the first order of business as players return is health and safety, there is an undeniable economic element to it all.

“In our case, football provides about 85% of our total athletic budget,” Hargis said. “A lot of that comes from television revenue, but there are gate receipts. There are ticket sales that play a big part. If your fans are not filling the stands, you’re going to have a revenue hit, there’s no question about it.

“We just have to right-size the organization, right-size the compensation to fit reality. We’ll see. That’s nothing we can figure out right now. We know we’re going to have less revenue ... football basically takes care of all the other sports. So it wouldn’t just affect football if we didn’t play.”

Said Harroz, “Our total athletics budget is $175 million. Football accounts for a little north of $110 million of that. So it’s a real question. We’re fortunate to have an enterprise that has paid its own way for a very long time (OU’s athletic department is self-sustaining). But the reality is we had to submit our FY (fiscal year) 2021 budget, and we had to put a real number in ...

“And while there is a lot variability in this, we thought that a conservative, realistic estimate, realizing that tomorrow could change everything, is that we’ll probably lose around $50 million, $40-$50 million. That’s what we have in our FY ’21 budget as a potential loss.”

“It’s going to be a tough year,” Harroz continued. “There’s no way to honestly look at it and say it’s not going to be. Is it better than a $50 million loss? I certainly hope so. We’ll work on that. But that’s our thought on what it probably looks like this year, looking at it a week ago.”

That, among other reasons, is why the two presidents’ message Tuesday was summed up by Hargis when he said: “We want to do everything we can to get the football season in.”