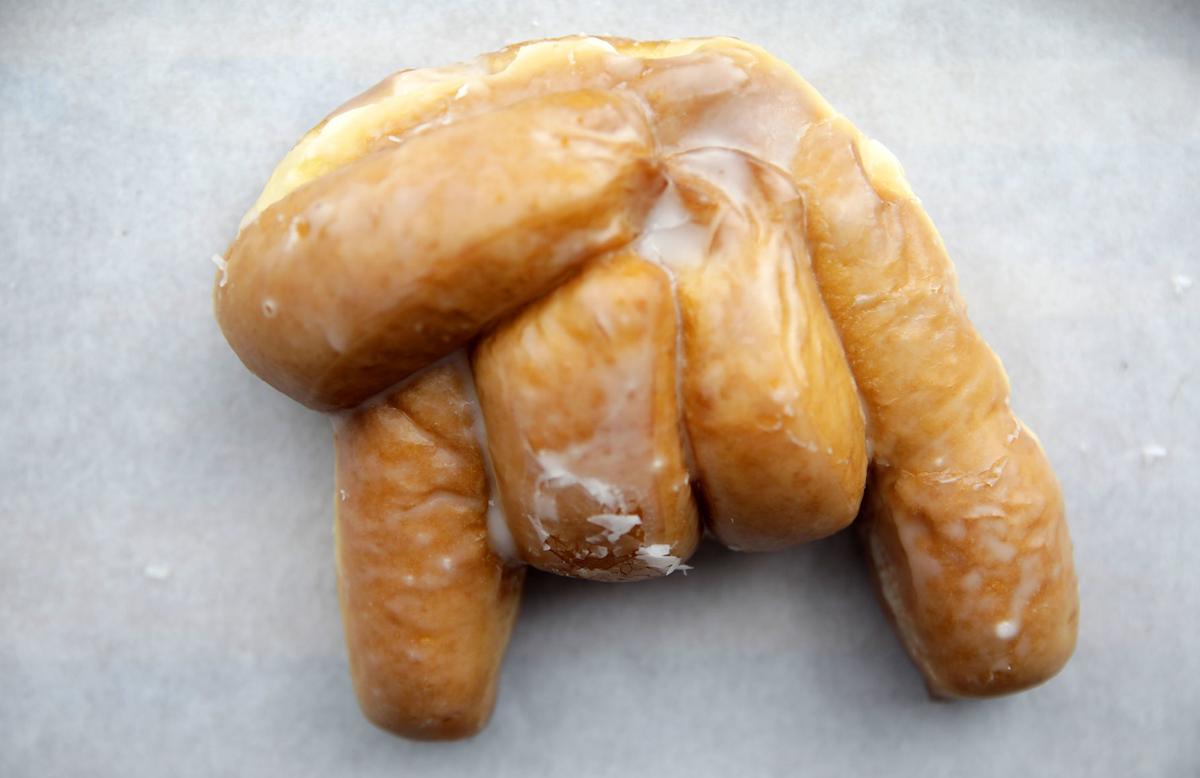 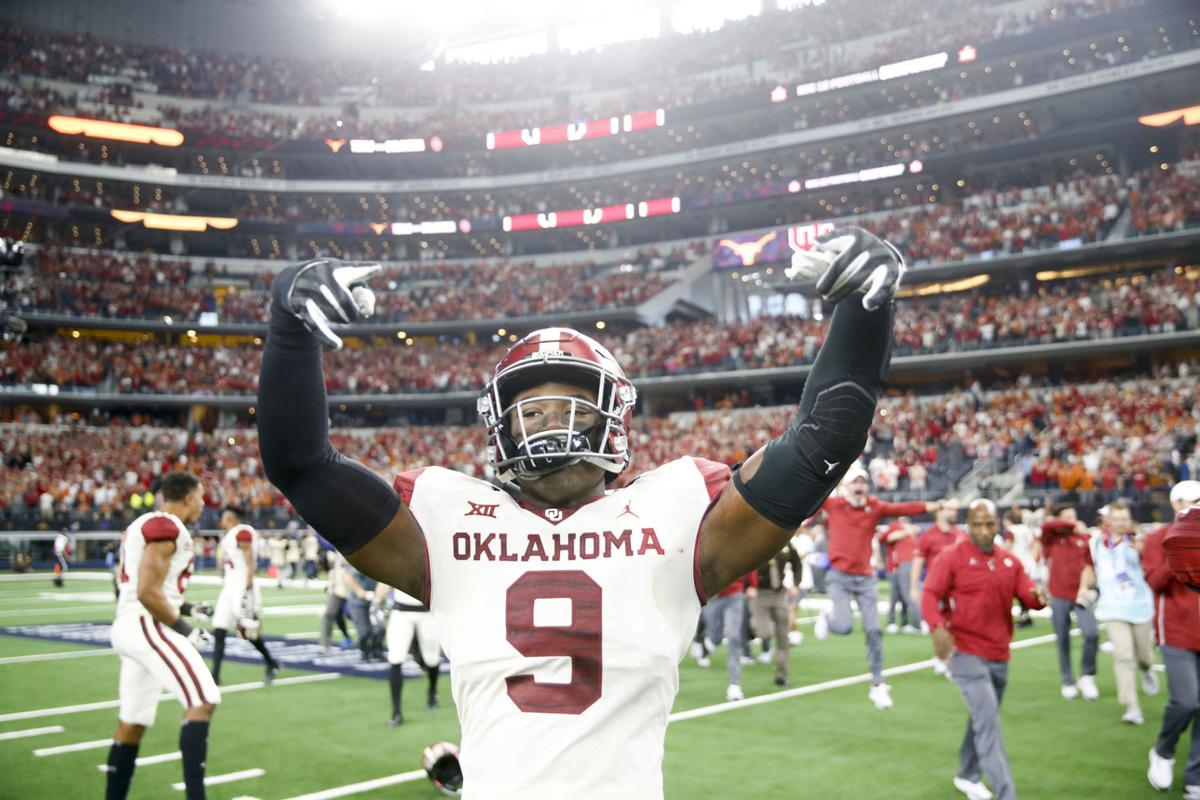 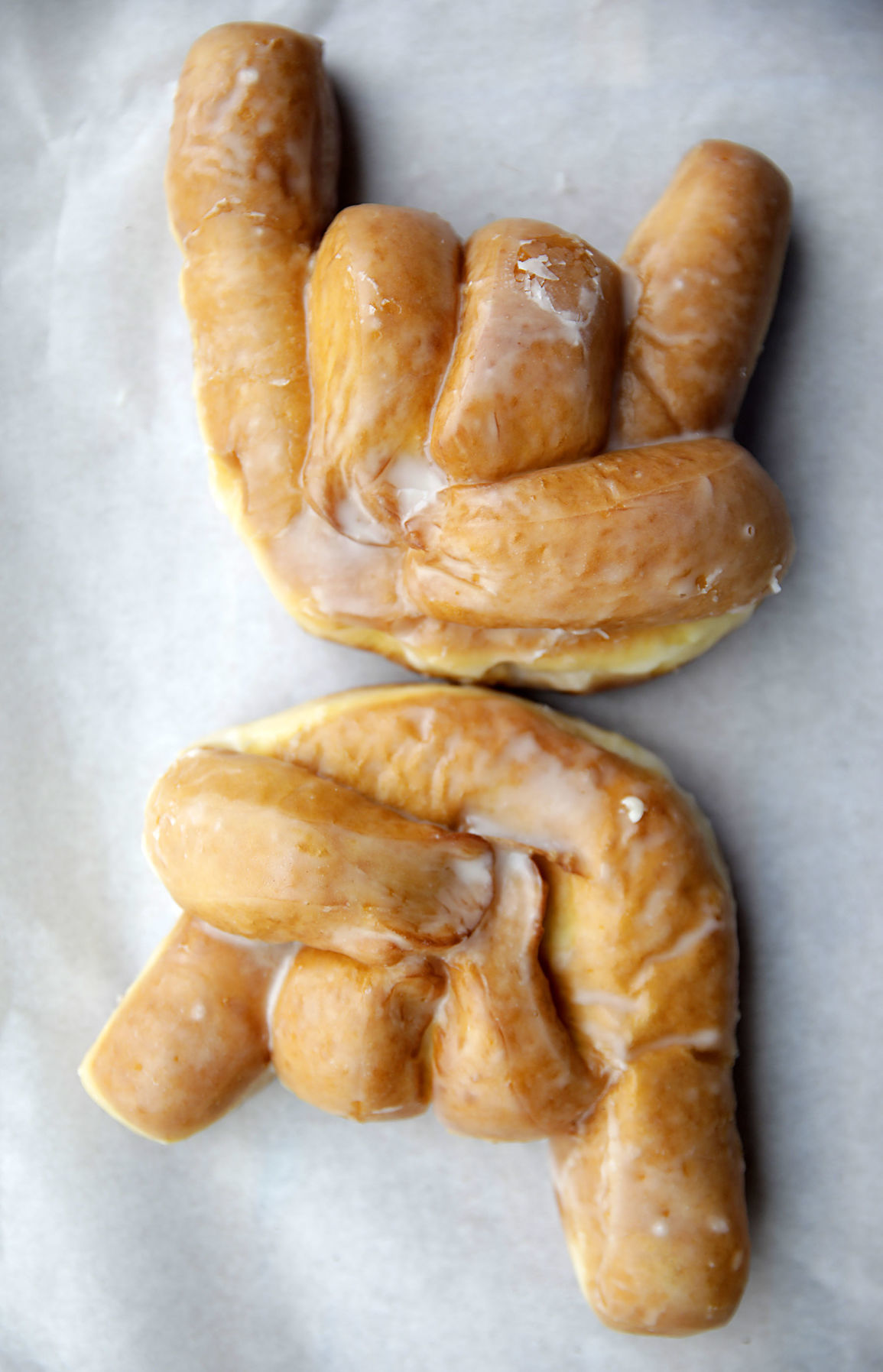 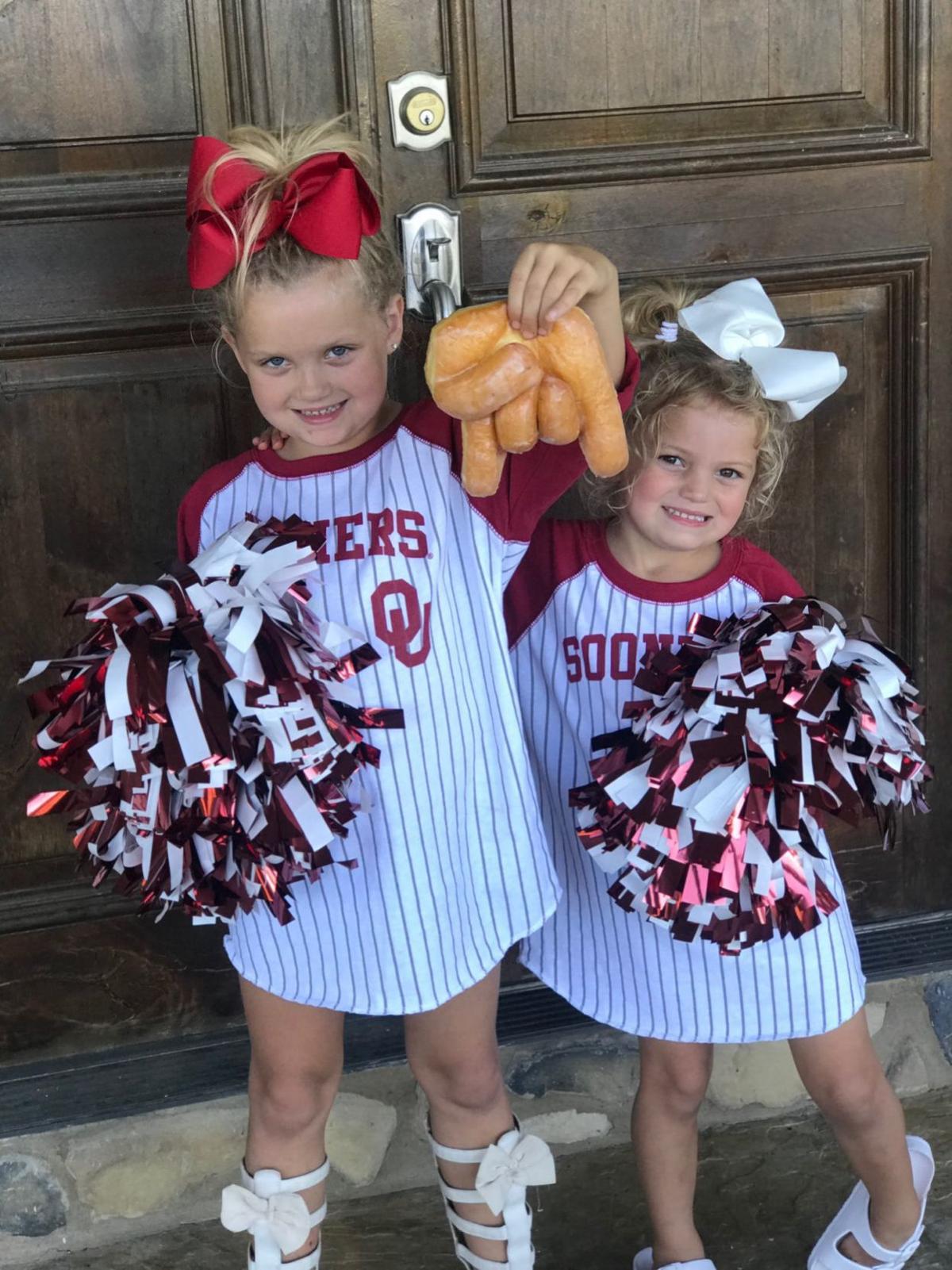 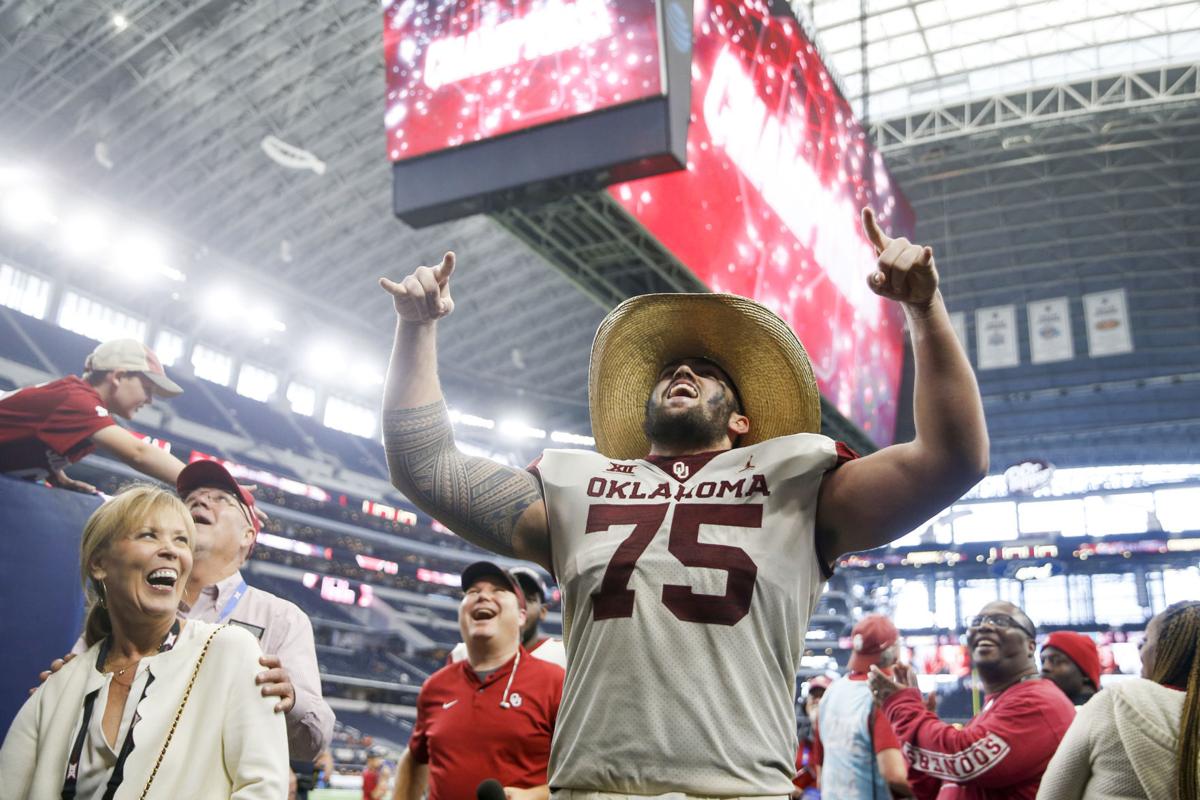 Oklahoma Sooners offensive lineman Dru Samia (75) yells in celebration while wearing a fan made replica of the Golden Hat trophy after his team's win over the Texas Longhorn in the Big 12 Conference championship game at AT&T Stadium in Arlington, Texas on Saturday, Dec. 1, 2018. IAN MAULE/Tulsa World

Oklahoma Sooners offensive lineman Dru Samia (75) yells in celebration while wearing a fan made replica of the Golden Hat trophy after his team's win over the Texas Longhorn in the Big 12 Conference championship game at AT&T Stadium in Arlington, Texas on Saturday, Dec. 1, 2018. IAN MAULE/Tulsa World

So when Tim Clegg, company founder and a huge Oklahoma football fan, wanted a special doughnut for the OU-Texas rivalry, he knew the perfect solution.

Clegg had visited another bakery that had an “I love you” doughnut using a sign language symbol. So could his group do a “horns down” doughnut?

“We do a lot of creative and funky things with our product,” Clegg said. “So I challenged my lead baker here in our research kitchen to do it. Within three hours, we had the prototype back in my office, and it was perfect.

The $5 doughnut — known as “Horns Downut” — premiered Friday with sales continuing through Saturday at the three Hurts Donut locations in Oklahoma, including the downtown Tulsa business.

The sales come in conjunction with a partnership that Hurts Donut now has with OU, which allows cross-licensing as a university sponsor. The business also sells doughnuts at Gate 7 of OU’s Memorial Stadium on game days.

Hurts Donut has held a Campus Corner spot for five years. It was the second location the business opened after having nine months of success in the headquarters city of Springfield, Missouri.

After proving its staying power in Norman, the business continues to look for ways to boost sales.

So why not take a shot at OU’s biggest rival?

“With that connection now with the university, we wanted to make a really big stand on what we can do on the creative side of the business and to support the fans,” said Clegg, who is working toward a master’s degree at OU. “Obviously this is the biggest rivalry in college football. Just putting ‘Texas sucks’ or ‘OU’ on a doughnut just didn’t seem like it was enough for Texas week.”

In five years, Hurts Donut has expanded to 20 stores in 11 states. There will be three more stores opening in the next 60 days.

One of the new franchises to open in the next year will be in Austin, Texas. So what happens next season?

“This is where the business owner diplomat comes into the conversation,” Clegg said. “With the popularity of the Horns Downut, we’re going to have to bow down and turn a blind eye to our Austin location when it does the ‘Hook’em Hornut (which is the Horns Downut flipped 180 degrees).’”

It’s hard for the OU fan in Clegg to sell a pro-Texas Longhorns item, “but I am supporting a friendly rivalry between our Norman location and our Austin location.”

Hurts is selling a ‘Horns Up’ doughnut in Frisco, Katy and Fort Worth.

Recently, the Fair Pay to Play Act was passed in California. The new law allows college athletes to collect money from endorsement deals without fear of losing their NCAA eligibility.

It won’t go into effect until 2023, and it’s unknown how other states will respond. But imagine the possibility if Oklahoma quarterback Jalen Hurts could have taken advantage with Hurts Donut.

“Jalen is a customer,” Clegg said. “He has come to the shop several times since he’s landed in Norman and has taken pictures of our ambulance that says Hurts on the side. He’s joked that he owns a doughnut shop in Norman already.

“We didn’t say anything. We love that.”