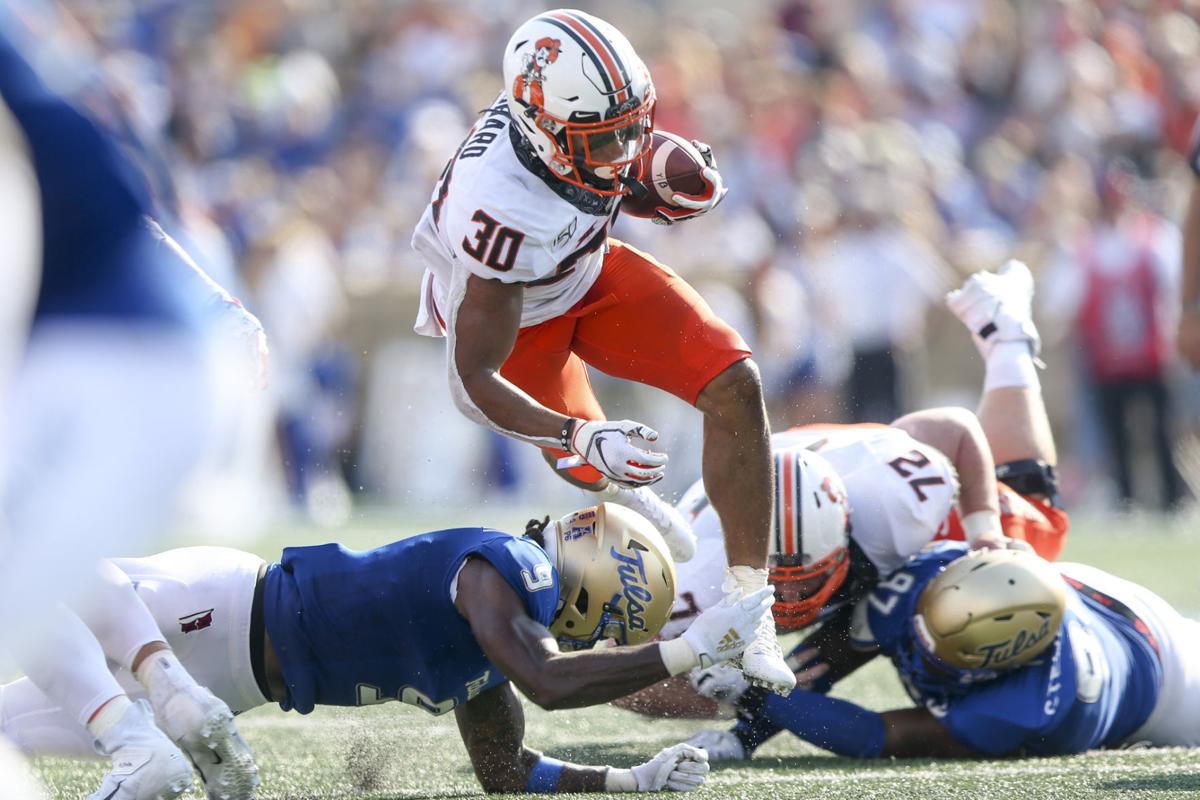 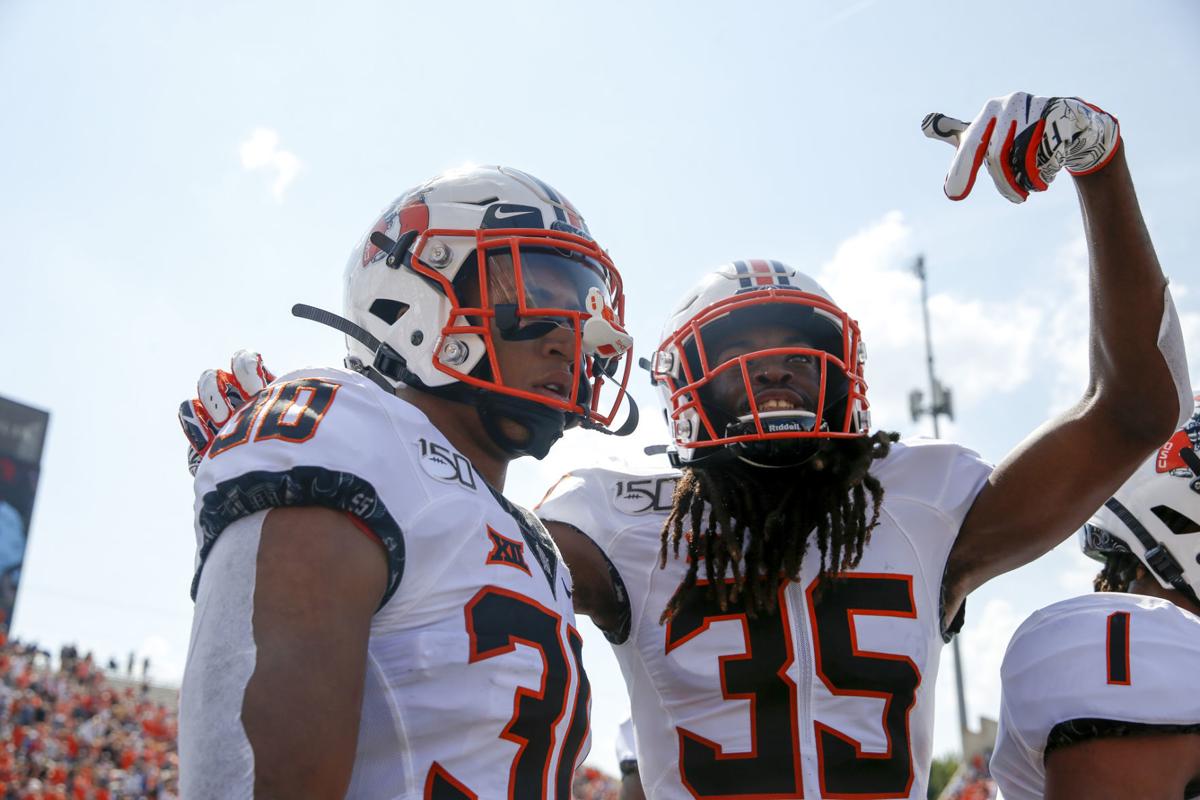 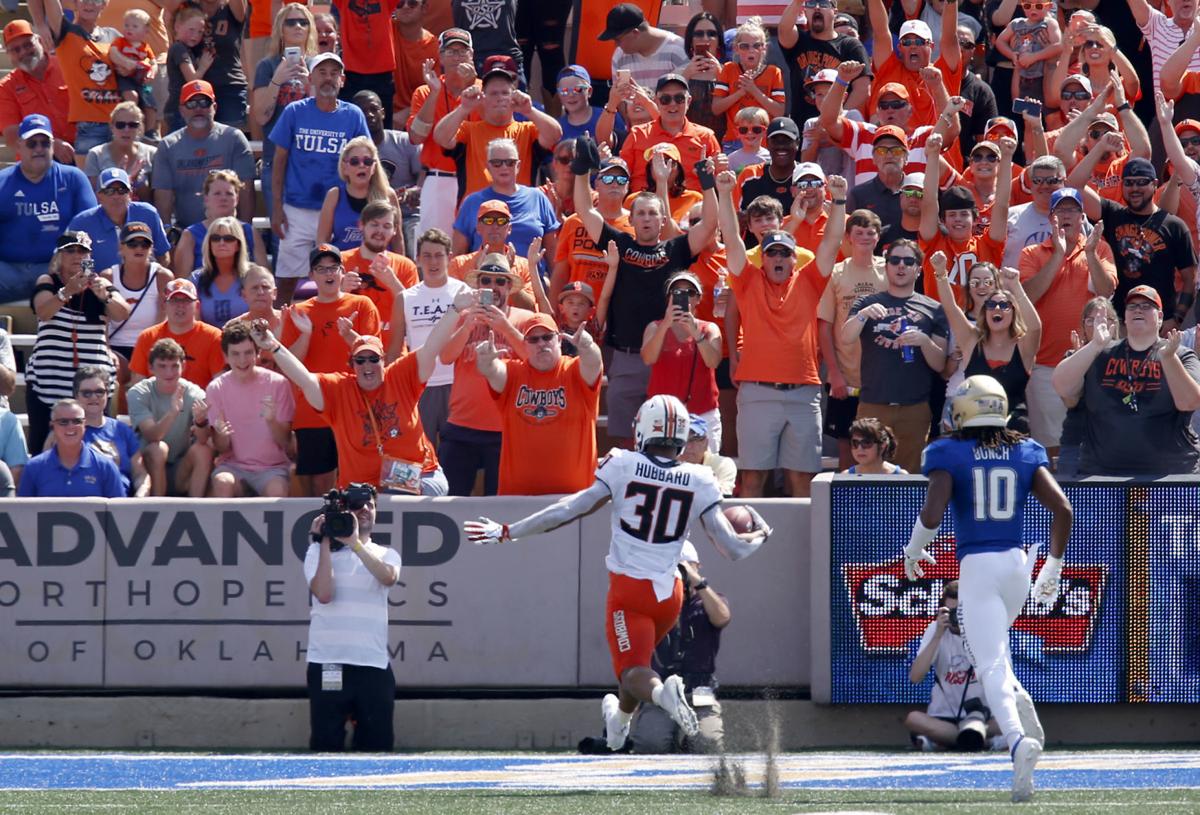 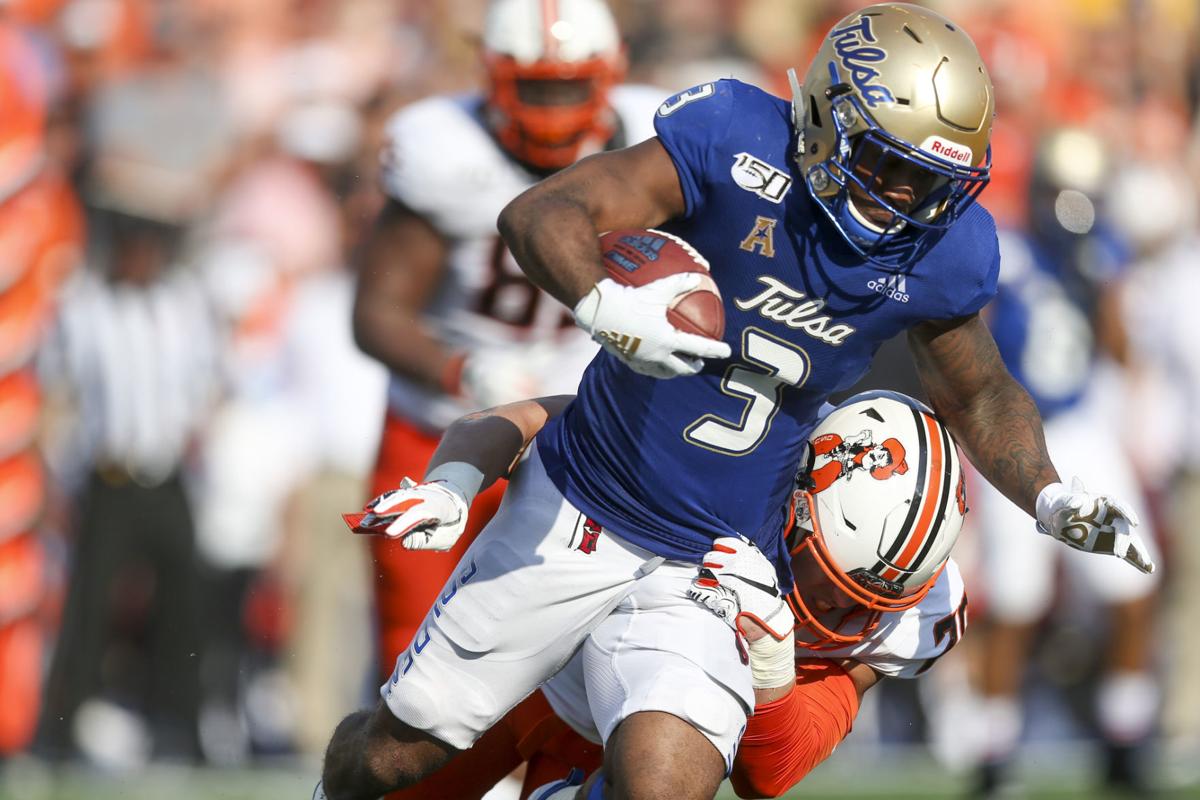 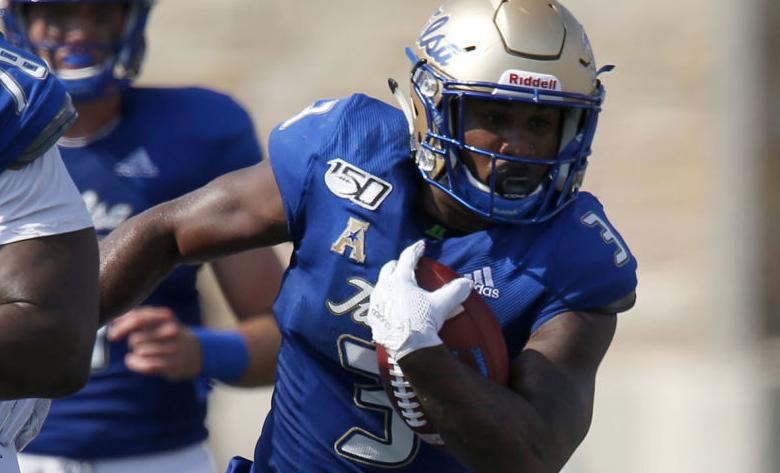 During the first half of last week’s loss to Oklahoma State, Shamari Brooks and the University of Tulsa run game functioned at a high level. STEPHEN PINGRY/Tulsa World

During the first half of last week’s loss to Oklahoma State, Shamari Brooks and the University of Tulsa run game functioned at a high level. STEPHEN PINGRY/Tulsa World

In front of a sweaty near-sellout crowd, the stage was set for a memorable conclusion.

At halftime at H.A. Chapman Stadium on Saturday afternoon, host Tulsa had a slim lead against in-state rival Oklahoma State. The second half became less competitive as time wore on, resulting in a pedestrian 40-21 victory for the Cowboys, who were two-touchdown favorites.

“That was a really good job by our defensive coaches,” OSU coach Mike Gundy said. “They were able to adjust at halftime and then our players took the information from the locker room to the field to shut them down.”

While the Cowboys scored 20 points in each half, the Hurricane followed a 21-point first half with a zero-point second half. After erupting for 171 yards in the second quarter, TU mustered 138 yards after halftime.

“Especially against (OSU’s) level of competition, you’re going to have to play 60 minutes. And we just didn’t come back out and re-establish it in the second half.”

Of the 28,612 fans in attendance — an estimated 60% of whom were wearing OSU orange — some hadn’t made it to their seats when speedy running back Chuba Hubbard raced up the middle for 75 yards to score on the first play from scrimmage. He found the end zone twice in the first four minutes.

TU’s defense awakened to go from shell-shocked to tenacious, settling in to hold the Cowboys to 33 yards in the second quarter. In the game, the Hurricane recorded a pair of takeaways, although neither produced any points.

Seeking its biggest victory since winning at Notre Dame in 2010, TU (1-2) rallied in impressive fashion from a 17-0 deficit. A touchdown pass from Zach Smith to a wide-open Keylon Stokes got the Hurricane on the board, and a long grab from Sam Crawford Jr. set up a short TD run by Shamari Brooks.

TU’s offense, meanwhile, continued to pick up momentum. A 16-play drive featuring backs Brooks and Corey Taylor II put the Hurricane up 21-20 late in the first half and renewed hope of a potential upset.

“With the 21-20 (lead) at the half, no one was surprised. We thought we could win this game,” safety Manny Bunch said. “We played hard enough to win this game, but we just left a couple plays out there that decided the (final) score.”

In the second half, penalties severely limited TU on offense and OSU’s cast of talented playmakers was able to torch the Hurricane secondary with big plays. The Cowboys scored on a 27-yard run by quarterback Spencer Sanders and a 90-yard pass to star receiver Tylan Wallace on back-to-back possessions in the third quarter.

Early in the fourth, TU encountered a prime opportunity to get back in the game after recovering a fumble by Sanders. On a crucial fourth-down play from the 6-yard line, Smith was obliterated by safety Kolby Harvell-Peel.

The Cowboys (3-0) slammed the door on the Hurricane with another touchdown by Hubbard, who escaped for a 33-yard run. He finished with 256 yards and three TDs and averaged 8 yards per carry.

“Everyone did their part and it just came together,” Hubbard said. “That’s what we preached all week. I’m just happy it worked out for us.”

Oklahoma State's first visit to Tulsa since the 2011 midnight kickoff was much hotter and much closer.