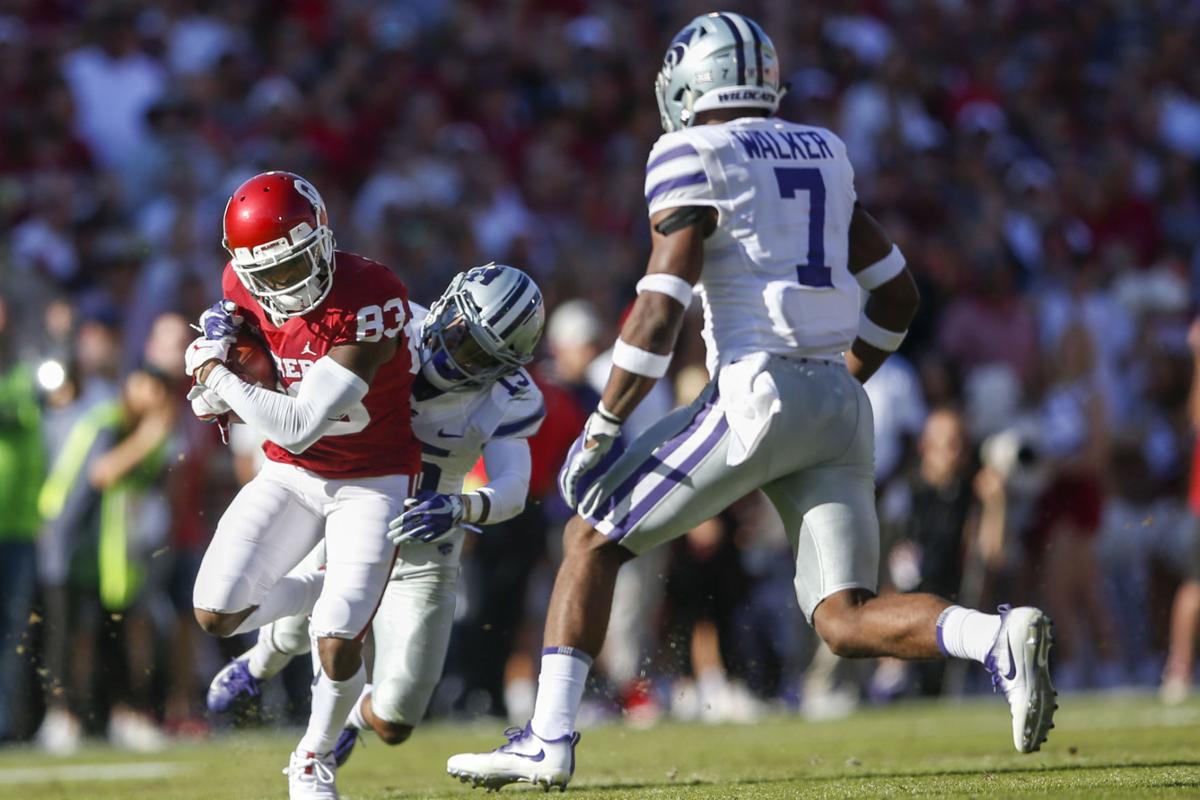 OU’s Nick Basquine (left) is “as healthy as he’s ever been,” according to coach Lincoln Riley, after recovering from a second torn Achilles. IAN MAULE/Tulsa World 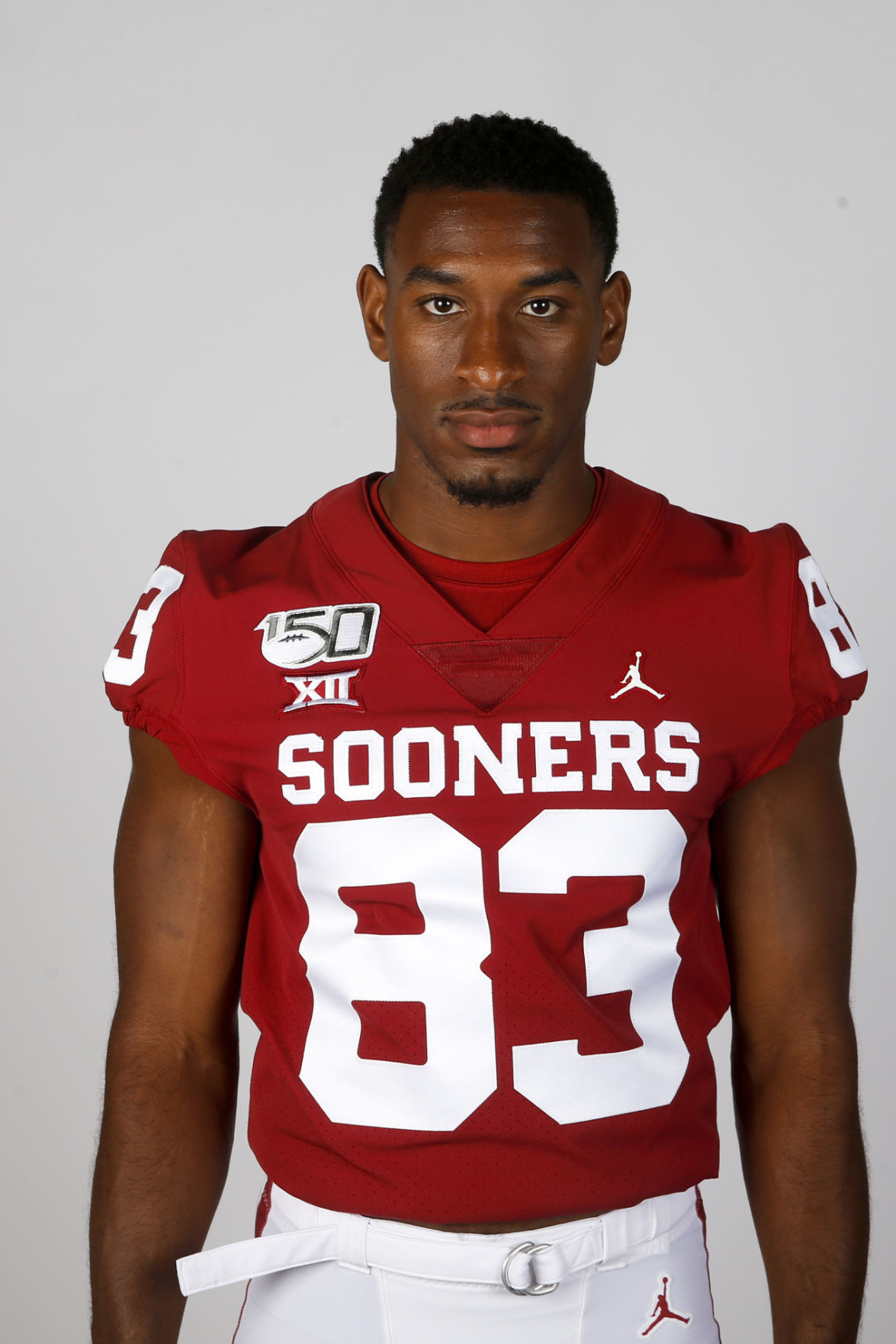 NORMAN — CeeDee Lamb, who is entering his third season at Oklahoma, is considered a veteran wide receiver.

So what does that make Nick Basquine, a soon-to-be 24-year-old who will play a sixth season this fall?

“Nick is an old specimen. He’s great. He loves to work. We always crack jokes on him every now and then,” Lamb said with a big smile. “That’s a sensitive subject. The man took us all in like we’re still his brothers. He’s battled the most adversity that we all experienced here. We’ve taken him in as a big brother and hope all is well this season.”

Basquine received a waiver to play a sixth season after suffering Achilles tendon ruptures in 2015 and 2017. The Norman North High School graduate is looking for great things in his final campaign at his hometown university.

“It’s probably one of the better (fall) camps I’ve had so far in my career,” Basquine said this week. “The biggest thing is being consistent. That’s kind of been my main point with the coaches and myself.”

Basquine played in all 14 games last season. He had seven catches for 134 yards, including two receptions for a season-high 44 yards against Texas in the Big 12 Championship game and had a season-best 35-yard reception against Alabama in the Orange Bowl.

Basquine is easily the oldest player on the team. He mentioned former teammates like Sterling Shepard and Durron Neal, which bridges a gap in the wide receivers room.

Lincoln Riley has coached a player as old as Basquine, he said.

“I’ve had a couple (of older players who previously had been minor-league baseball players). I had one at (Texas) Tech, when I was the receivers coach, who was older than me,” said Riley, turns 36 next month.

“It’s fun to see (Basquine) now. He’s as healthy as he’s ever been. The experience he has. The fresh legs that he had during Baker’s (Mayfield) junior year, when (Basquine) made a lot of plays for us. He’s in a great place mentally. He brings a toughness and edge to our receiver room.”

In 2016, Basquine was fifth on the team with 20 catches for 265 yards. He had two TD catches that season and was put on scholarship in November.

Heading into his junior season — with momentum and confidence — the unthinkable happened again.

During the opening week of the 2017 fall camp, Basquine ruptured his opposite Achilles tendon. After the experience of rehabbing his first injury in 2015, he knew that his season had ended.

He allowed himself to sulk during the ambulance ride to the hospital, where he was met by his mother. Being from Norman, it’s a luxury not many players enjoy. After the diagnosis, he was ready to return to the field.

There were other players who suffered the same injury, like Michael Crabtree (who played for Riley at Texas Tech) and former Los Angeles Lakers star Kobe Bryant. Basquine joked that he has Bryant’s “mamba mentality.”

He pointed to Crabtree’s work ethic as a goal to get back on the field.

“(Crabtree) didn’t feel sorry for himself. Understand it is what it is, it happened, but you can get back,” Basquine said. “And it all depends on how you work through the rehab process. If you cheat it, you’re not going to get back to where you want to. You put the work in and you’ll be just as good if not better.”

Last season’s Big 12 Championship game proved to himself that he’s back to normal. That was solidified by GPS data that is used over the summer to monitor runs; Basquine said his numbers were better than previous years.

Basquine’s hard work hasn’t been lost on his teammates.

“It’s just a testament to how hard he works and that he’s never going to give up,” tight end Grant Calcaterra said. “He’s been through two potential career-ending injuries and he’s fought back to be here. He’ll be ready for his last year.”