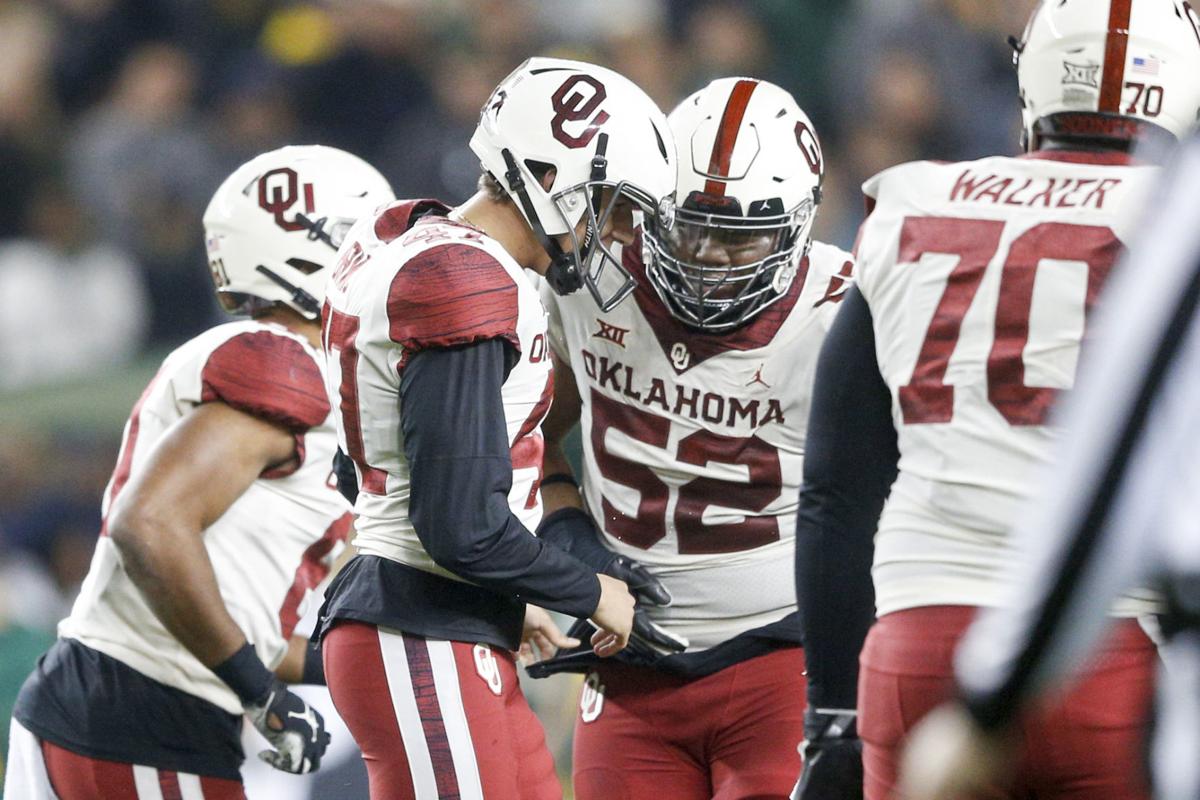 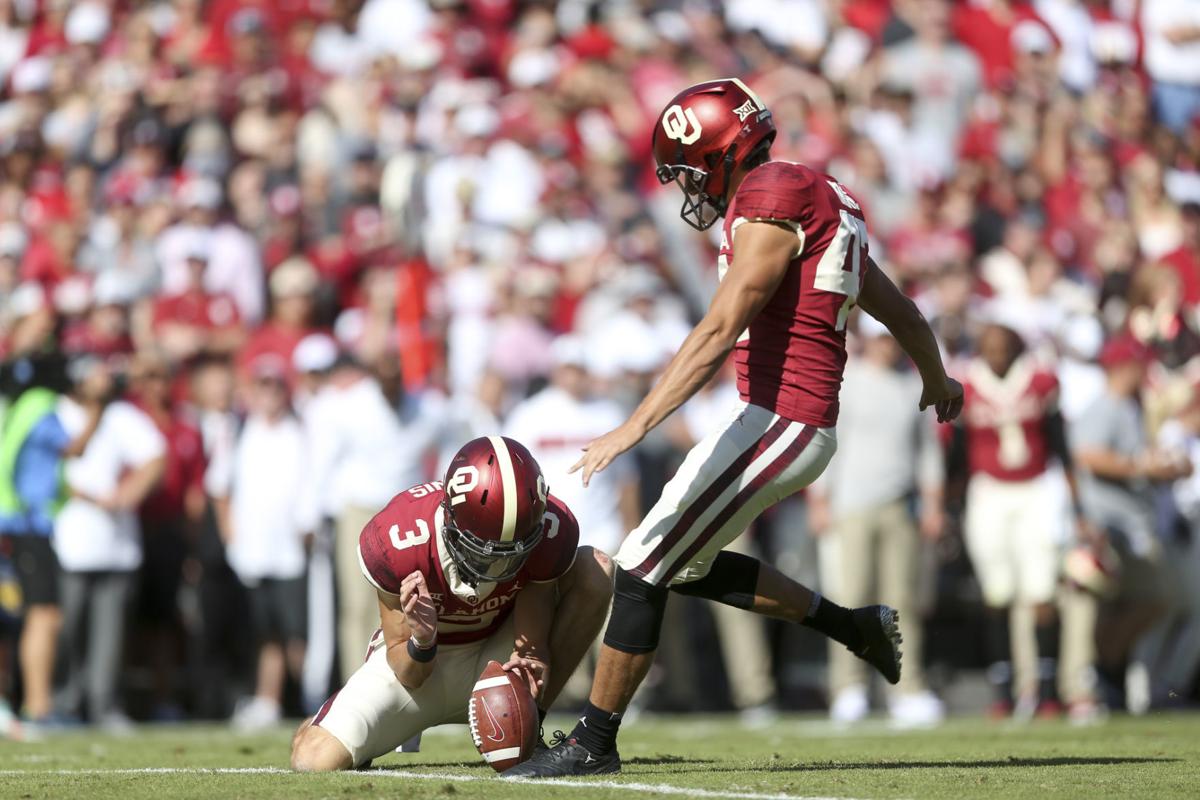 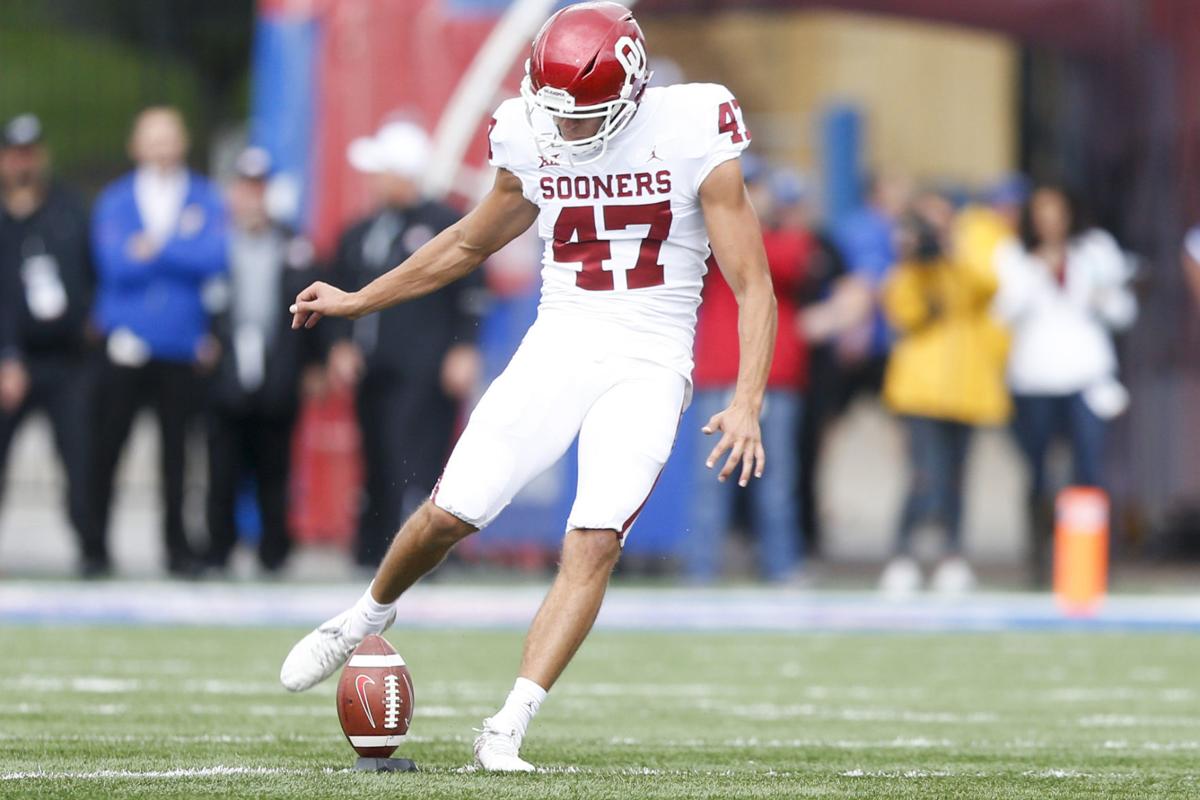 It’s rare that college place-kickers, like Oklahoma’s Gabe Brkic, are given scholarships. “We just felt like in the end that Gabe was good enough,” Sooners coach Lincoln Riley said.

It’s rare that college place-kickers, like Oklahoma’s Gabe Brkic, are given scholarships. “We just felt like in the end that Gabe was good enough,” Sooners coach Lincoln Riley said.

NORMAN — Nearly 50,000 fans were screaming in an effort to break Gabe Brkic’s concentration as he lined up for a 50-yard field goal Oct. 26 at Kansas State.

Right before the redshirt freshman made the kick, Brkic looked at holder Connor McGinnis and wisecracked, “This is for the Super Bowl.”

Then he made the pressure-packed kick.

Last weekend, OU set up for a 31-yard field goal at Baylor. Brkic left the sideline and paced off the yards to his spot. No words were said this time, but his confident strut before hitting the eventual game-winner with 1:45 remaining won’t be forgotten by teammates or Sooners fans.

“He’s such a goofy dude,” OU long-snapper Kasey Kelleher said. “He has to lighten the mood somehow.

“And I think that’s pretty cool, especially because the specialist game is so, so mental. … You really want to lighten the mood because the less you think about (the kick), the less that can go wrong.”

Everything has gone right for Brkic this season. Since taking over the place-kicking duties in the fourth game, after Calum Sutherland was suspended, he has made all 12 of his field-goal attempts, including the game-winner at Baylor.

Brkic, who hasn’t been made available to media this season, has drawn the adoration of fans and respect from two former OU kickers who made memorable game-winning kicks — Uwe von Schamann and Tim Lashar.

Tim Lashar connected on a 46-yard field goal with 1:14 left to give OU a 21-20 win over Oklahoma State in Stillwater during the 1983 season.

“It’s funny. The anticipation (of attempting a tough kick) is always the hardest part,” Lashar said. “When you are on the sideline waiting to go in and knowing inevitably you’re going to be called on to do that. And so once you take the field, everything really just comes down to how you prepared for it and your ability to focus.”

Brkic is from Chardon, Ohio, where he connected on seven field goals of 40-plus yards as a senior. He participated at the much-respected Kohl’s Kicking Camp.

“We got him when he was a sophomore in 2015,” Radke said. “You looked for the intangibles like leg strength. Then you look at somebody like him, who could kick the ball far, and we told him to be a truly special player, you have to put the ball through the uprights.

“He’s continued to work. He really takes a lot of pride in what he’s done … he’s honed it in and seeing him put it all together in the Baylor game was very special.”

Radke said Brkic’s start to the college career is “tremendous.”

“He’s following in the footsteps for Austin, who was a four-year starter,” Radke said. “You are playing in front of 80,000-plus. Every game is important. OU is chasing the College Football Playoff and they’ve been doing that for the last number of years. To throw yourself out there immediately and come out smelling like roses or at least be very productive thus far — I don’t want to jinx him — but’s it’s just a tremendous start.”

Sometimes it can be a gamble to put a specialist on scholarship — there are many walk-on kickers across the country — but Brkic was a good find, OU coach Lincoln Riley said.

“We just felt like in the end that Gabe was good enough. That he was good enough to do it and we thought he had the power to be good on kickoffs,” Riley said. “He got the ball up quick. He was really, really talented and felt like if we could just develop him a little bit, he had a chance to be pretty good, and he’s certainly proven that.”

Riley always mentions that making a field goal is a three-man job.

“I’ve said it a bunch, and I know it gets overlooked. Gabe’s been great, but having two guys like Kasey and Connor … man, I’m just telling you, that’s just as important as kicking that thing through there,” Riley said. “And those three guys have all operated at a high level, and they did it again in a critical situation.”

McGinnis worked three seasons with Seibert and said he is enjoying his senior season with Brkic.

“Whether it’s a practice kick on a Tuesday before he kicks field goals or if it’s a go-ahead kick against Baylor, he’s a guy who isn’t fazed by the moment,” McGinnis said. “It’s pretty cool to see a young guy stepping into a role like that and being able to produce and perform.”