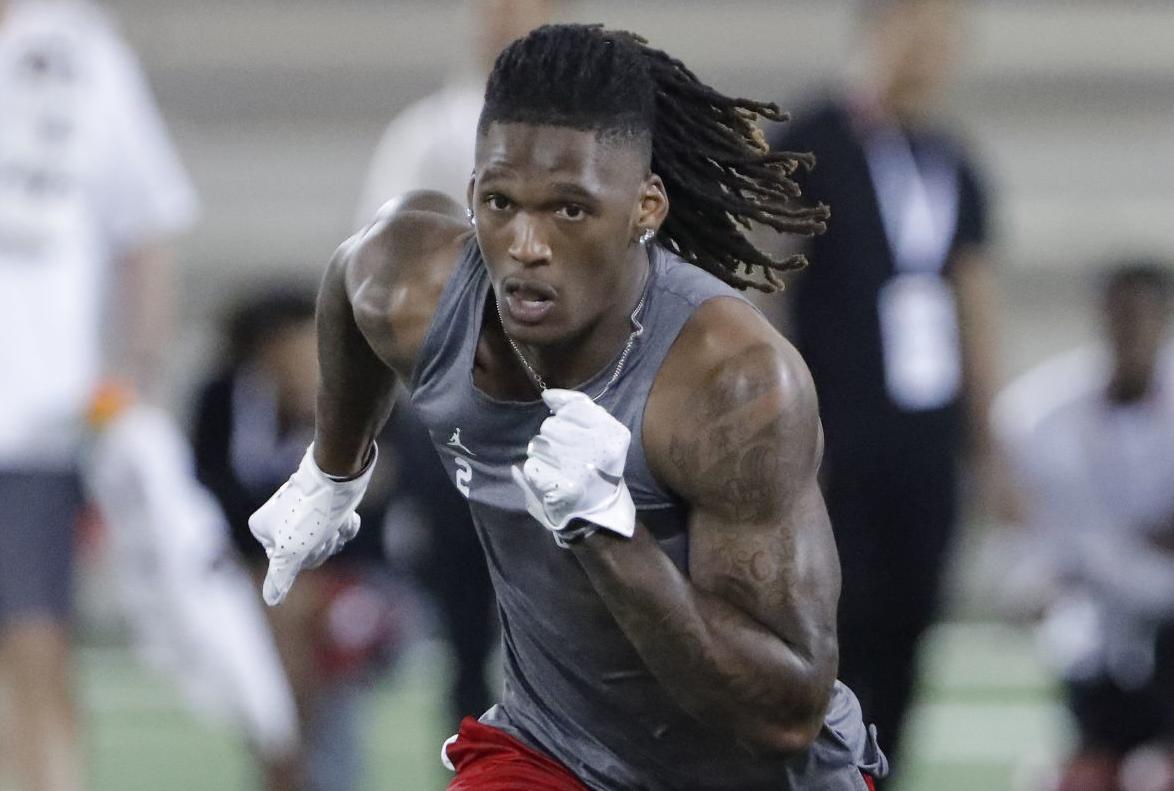 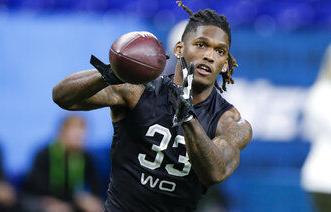 Oklahoma’s CeeDee Lamb performed well during the NFL combine in February. He will join Drew Pearson, Michael Irvin and Dez Bryant in wearing No. 88 in Dallas. MICHAEL CONROY/AP Photo

Oklahoma’s CeeDee Lamb performed well during the NFL combine in February. He will join Drew Pearson, Michael Irvin and Dez Bryant in wearing No. 88 in Dallas. MICHAEL CONROY/AP Photo

Because there was no NCAA Tournament and currently is no Major League Baseball, no NBA or NHL postseason and no PGA Tour events, the national sports discourse is driven by topics like “The Last Dance” and whether CeeDee Lamb deserves to wear jersey No. 88 for the Dallas Cowboys.

When Barry Lewis and I became Tulsa World co-workers in 1993, we discovered a mutual, deep-rooted, unwavering interest in the Cowboys. After the April 23 first round of the NFL draft, I messaged Barry to get his reaction to Dallas having used the 17th pick to select Lamb.

My response: “I’m serious: he might be Dallas’ best receiver right now.”

Only five weeks after signing wide receiver Amari Cooper to a $100 million contract, Cowboys owner Jerry Jones and new coach Mike McCarthy had a decision to make: whether to spend their first-round pick on a cornerback, an edge rusher or Lamb.

“I know they have those needs on defense,” the NFL Network’s Daniel Jeremiah said, “but CeeDee Lamb would be pretty tempting right here.”

It was a temptation that Jones couldn’t resist — and it was the smart play.

There hasn’t been a Super Bowl or NFC Championship game appearance since the 1995 season, but Dallas actually did well with first-round drafting during the 2010-19 decade.

Last season, Lamb was Oklahoma’s best player — a receiver who made contested catches, fought for yardage after the catch and dominated Texas in the Cotton Bowl. He’s also a willing and effective blocker.

Soon, and perhaps during his rookie season, Lamb will emerge as Dallas’ best receiver. He’s a playmaker who will wear jersey No. 88 — the most holy of Cowboy jersey numbers. It was worn very well by Drew Pearson, and then by Michael Irvin and Bryant.

“This is a perfect pick for the Dallas Cowboys,” Irvin said during the ESPN/NFL Network draft coverage. “I know they wanted to shore up the defense, but I knew that Lamb was the first receiver on their board.

“What this kid does, he can play in that slot position. He played 70% outside last season (and) 30% in the slot. He had production from both spots: seven touchdowns outside and seven TDs from that slot.”

During a “First Take” segment, ESPN’s Stephen A. Smith questioned the wisdom of putting the 88 brand on Lamb.

“Drew Pearson was a No. 1. Michael Irvin was a No. 1. Dez Bryant was a No. 1. CeeDee Lamb? All props to you. You’re a young stud. Brother, I’m wishing you all the best. I sincerely mean that, even though you’re wearing that damn Cowboys uniform. But, it’s a question as to whether he’s going to be the No. 1 receiver.”

When I think of a $100 million type of receiver, I think of targets like Julio Jones, Randy Moss and Jerry Rice.

I do not think of Cooper. He’s a nice player who’s being paid like a great player. His guaranteed money amounts to $60 million.

Think about that. Sixty million dollars for a receiver who may not be among the 10 best players at his position. Steve Largent never made more than $1.35 million in a single season, but when he retired in 1989, he was the NFL’s career leader in receptions, receiving yards and touchdown catches.

Lamb’s money, just for the record: $14 million over four years, with $7.7 million of it guaranteed. His second contract could be monstrous.

After Smith said what he said about Lamb, Irvin telephoned the “First Take” set with a response.

“In order to get (jersey No. 88), you must be what we call a truebred: born (and) bred right here with the Dallas Cowboys,” Irvin said to Smith. “Drew Pearson was that, Michael Irvin was that, Dez Bryant was that, and now CeeDee Lamb is that.

“I’m not saying I like this kid. I love this kid. I usually call all of the young wide receivers that come in (to the Dallas organization). Before I could do that, CeeDee Lamb called me. We’ve had multiple conversations. He’s going to be exactly what Dallas needs. He’s the solution . . . and he’ll get Dallas where they need to be.”

Cooper is said to be a quality guy — popular within the Cowboy clubhouse and liked by the Dallas media. In early April, while being critical of Cooper’s inconsistency, ESPN’s Rex Ryan included a personal, unprofessional insult.

Ryan later apologized, but stood by his assessment of Cooper’s body of work: “I think the Cowboys overspent for Amari Cooper. I don’t doubt that this is an elite player. He has those traits. But an elite receiver, to me, shows up on the road. He shows up against great corners. And he shows up in crunch time.

“Those are three things that Amari Cooper has not done so far in his career.”

Even when Lamb was an OU freshman, he carried himself like a pro. He’s smart and has a sense of humor. During media sessions, he always represented himself and the program in a class manner.

On Saturdays — in Norman and elsewhere — he was a clutch playmaker and a winner.

On Sundays in the NFL, I’d bet an Amari Cooper paycheck that CeeDee Lamb becomes a classically significant Cowboy.

The best-case scenario is that Cooper and Lamb both flourish, making Dak Prescott a better quarterback while lessening the Dallas dependency on Ezekiel Elliott.

While Lamb obviously has a lot to learn about the NFL game, I feel on May 10 the same as I did on April 23 — he’s the best receiver on the Dallas roster.

Initially, Cooper will be targeted more frequently because he’s getting all that money and because he and Prescott have a history. However, as Lamb maximizes his opportunities, he’ll eventually supplant his $100 million teammate as the Cowboys’ top pass-catcher.

Lamb’s first preference was to wear No. 10 for the Cowboys. Jones insisted on 88.

It’s a prestigious and pressurized distinction for Lamb, but he’ll wear it well.