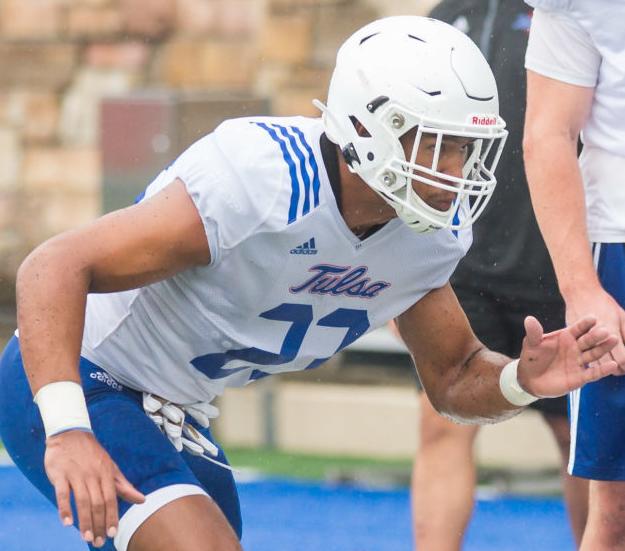 Former Hominy star Zaven Collins, going through a drill at a recent practice, is a standout linebacker for Tulsa’s defense. BRETT ROJO/for the Tulsa World 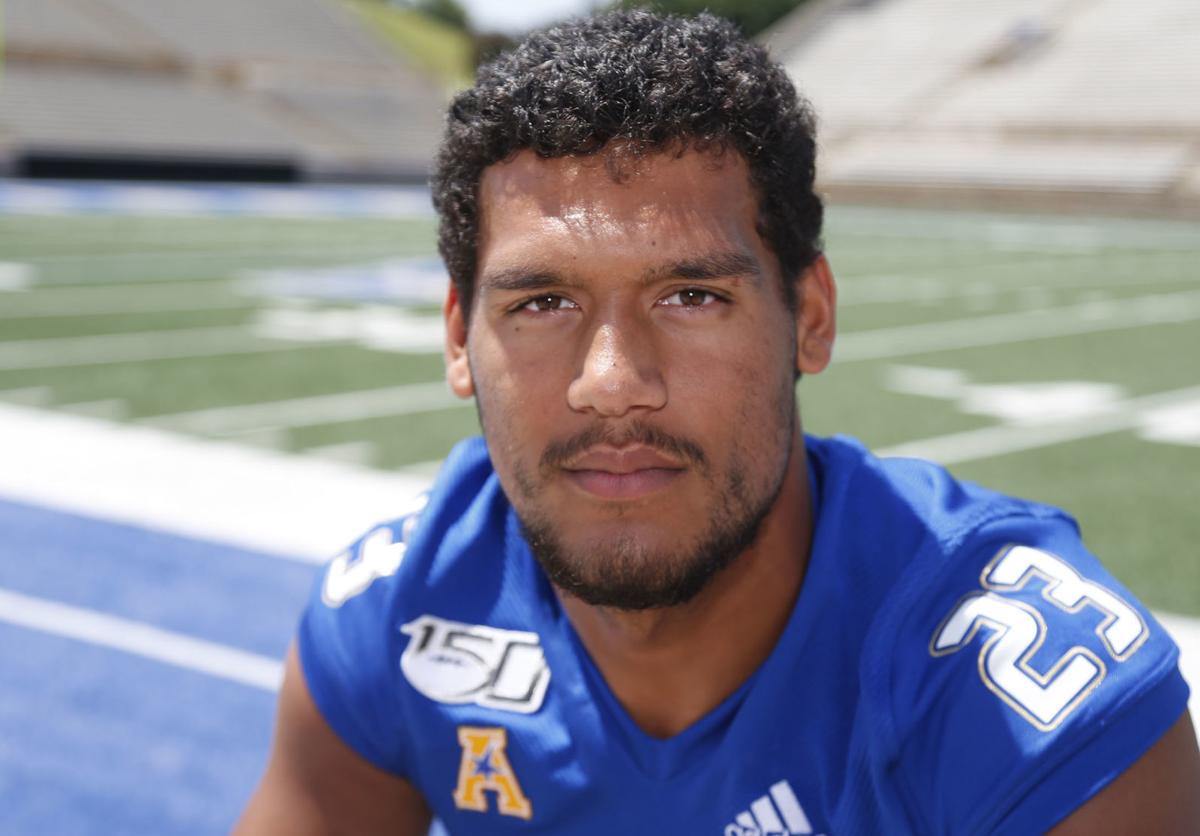 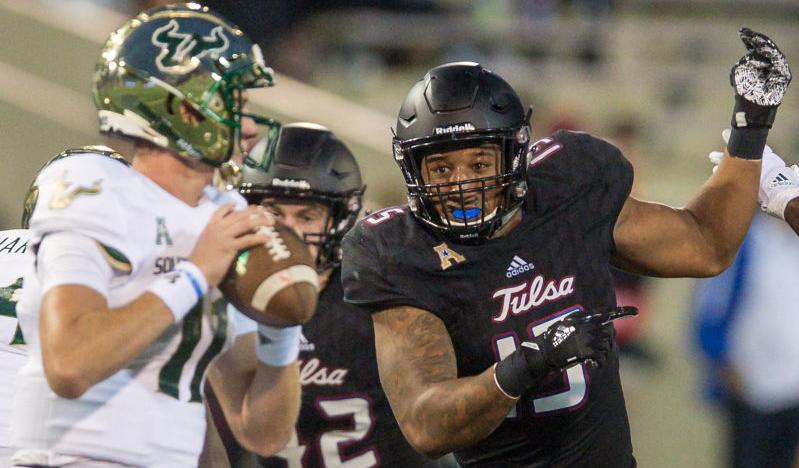 Not since 2012 has a University of Tulsa defender totaled as many as 10 sacks in a season. Hurricane senior Trevis Gipson (center) could be a double-digit sack guy this season. 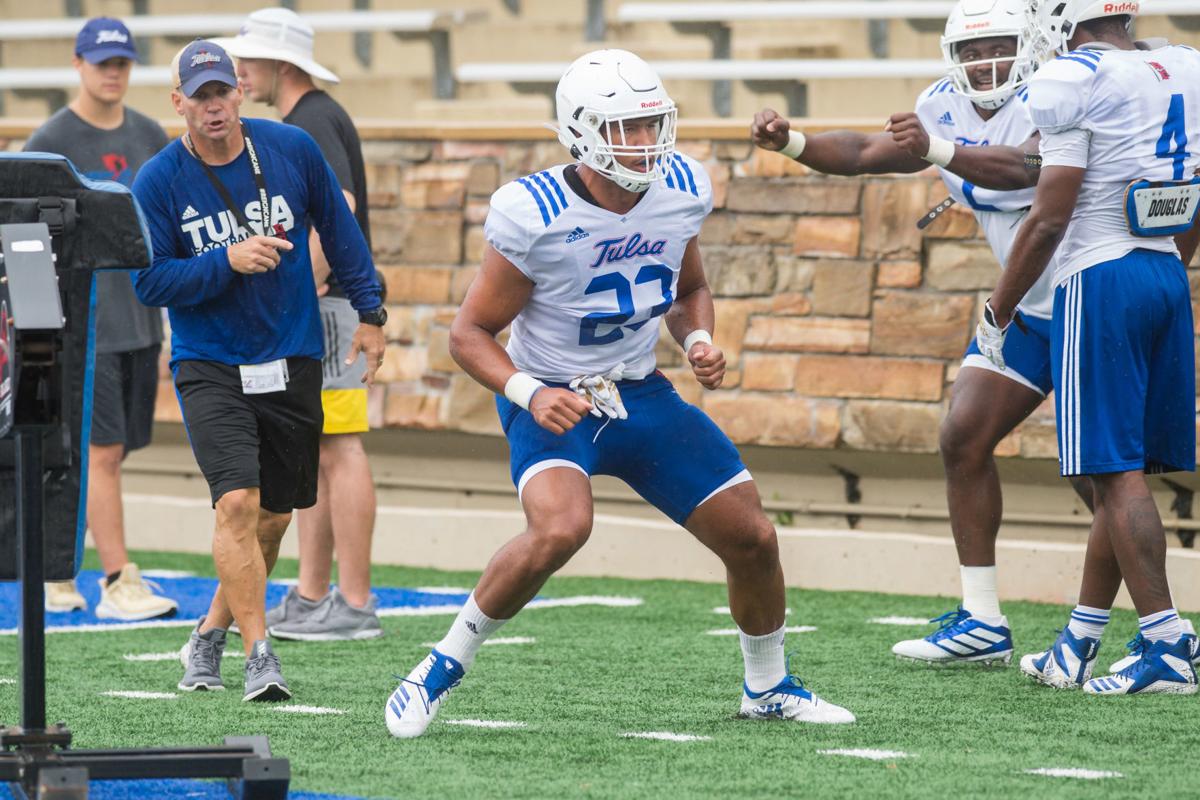 Former Hominy star Zaven Collins, going through a drill at a recent practice, is a standout linebacker for Tulsa’s defense. BRETT ROJO/for the Tulsa World

Not since 2012 has a University of Tulsa defender totaled as many as 10 sacks in a season. Hurricane senior Trevis Gipson (center) could be a double-digit sack guy this season.

People who really know University of Tulsa football have said it for months: “This defense has a chance to be really good.”

This collection of Golden Hurricane defenders and their new coordinator, Joseph Gillespie, should strive to be better than “really good.”

A 3-9 record didn’t reflect it, but TU’s defense was “really good” last season.

The goal now should be to take a big next step and become special — like the 2012 Hurricane defense.

With personnel like linebacker Zaven Collins (who should develop into Tulsa’s best defender since Shawn Jackson in 2013) and end Trevis Gipson (who should get TU’s first double-digit sack total since 2012), this defense could be among the better units in program history.

“They’ve got the talent, and what we’re doing schematically fits our talent,” coach Philip Montgomery said during TU media day Thursday. “They’ve got great length. They can run. They’re physical.

“They’ve still got huge jumps to make, but in a year with so many of them coming back, yes, I think we have a chance to be special. The opportunity is there.”

Former TU coordinator Bill Young rolled into retirement after having presided over an unexpectedly tremendous 2018 season for the defense. After having allowed 529 yards per game in 2017, TU in 2018 allowed 408.

That 121-yard improvement ranked among the best such figures in all of college football. There was a 90-yard improvement in passing yards allowed. Tulsa was No. 8 nationally in pass defense.

A reasonable goal this year: To achieve a nice reduction in rushing yards allowed. To go from last year’s 233 per game to something along the lines of 180.

As nine starters and several key backups have returned, Montgomery justifiably expects his defense to be among the four best in the American Athletic Conference.

There are talented veterans at each of the three levels of the defense. Having evolved from a 205-pound recruit to a 260-pound force, Gipson totaled four sacks last season. He’ll get at least 10 this year.

“I think he’s fixing to have a great season,” Montgomery said. “We can’t block him.”

Gipson lines up next to tackle Shemarr Robinson, a former Central star who at TU has been on the field for 35 games.

At linebacker, there are Collins and the relentlessly reliable Cooper Edmiston. Check the Edmiston numbers: In 2017, 106 tackles. Last year, 113 tackles and seven takeaways (four interceptions and three fumble recoveries).

There are big cornerbacks like 6-foot-2 Akayleb Evans, 6-1 Reggie Robinson II and 6-3 Allie Green IV. There are seniors — Manny Bunch and Brandon Johnson — at each of the safety positions.

In 2020, Montgomery will preside over an extensive rebuilding of the Tulsa defense. Because seven of this year’s returning starters are seniors, it’s critically essential to capitalize now on their presence.

If TU avoids the type of injury plague that cursed the program in 2017, the 2019 defense will be among the league’s four best.

No one can predict with any certainty whether the offense is a lot better, a little better or no better at all.

This is a safer prediction: Collins is destined to be an NFL draft pick. He would be Tulsa’s first drafted defensive player since Chris Chamberlain in 2008.

Collins certainly looks the part. He can outrun 99% of the other 6-4, 260-pound people on the planet. While he was a quarterback-safety superstar at Hominy High School, and while he’s still in the learning process as an outside linebacker, he looks like an NFL athlete who sneaked onto a college practice field.

“Zaven wasn’t a starter at the beginning of the (2018) season, but look at how he progressed after that,” Montgomery said. “Now, with a year of experience, what’s he going to look like?”

Collins and TU quarterbacks Zach Smith and Seth Boomer played golf on several occasions this summer. When Collins learned the value of keeping the ball in the fairway, instead of attempting to rock a 400-yard drive that would slice a mile to the right, his game improved dramatically.

It was a memorable day, he says, when he shot an 83 on LaFortune Park’s championship course and beat both QBs.

“Zach and Seth got me into golf,” Collins said. “They told me at the beginning of the summer that I would never beat them. When I beat them, I talked a lot of smack. I’d been practicing.

“Golf gets pushed to the side during the season, but I do enjoy it a lot. I’ll play for the rest of my life.”

“Zaven has a lot of hype around him,” Montgomery said. “People are attracted to his personality, but he handles it all pretty well.”

When Collins was a Hominy quarterback, he would drive to Tulsa for sessions with longtime QB instructor Larry Miller.

“He gave me some great advice: ‘Don’t let the ink get in your eyes,’” Collins recalled. “Basically, don’t let what’s written in the newspaper — good or bad — control how you feel about yourself.”

TU’s competition in Conference USA (2005-13) doesn’t measure up to the competition provided within the AAC today, but the 2012 Hurricane defense was fantastic. The combination of that 53-sack defense and a 3,440-yard run game resulted in a league title, a bowl win over Iowa State and an 11-3 finish.

When the 2012 coaches and players reflect on that season, they should be at least a little miffed that they weren’t 14-0.

A mostly dismal passing game gets most of the blame for a 2-10 record in 2017 and last year’s 3-9 finish. In 2012, Tulsa won 11 times in spite of an average passing game. The defense was the program MVP that season.

This 2019 season has a chance to resemble 2012. If Tulsa is more efficient offensively, its defense gives it a chance to score a bowl trip.

If the defense is special, the season could be also.