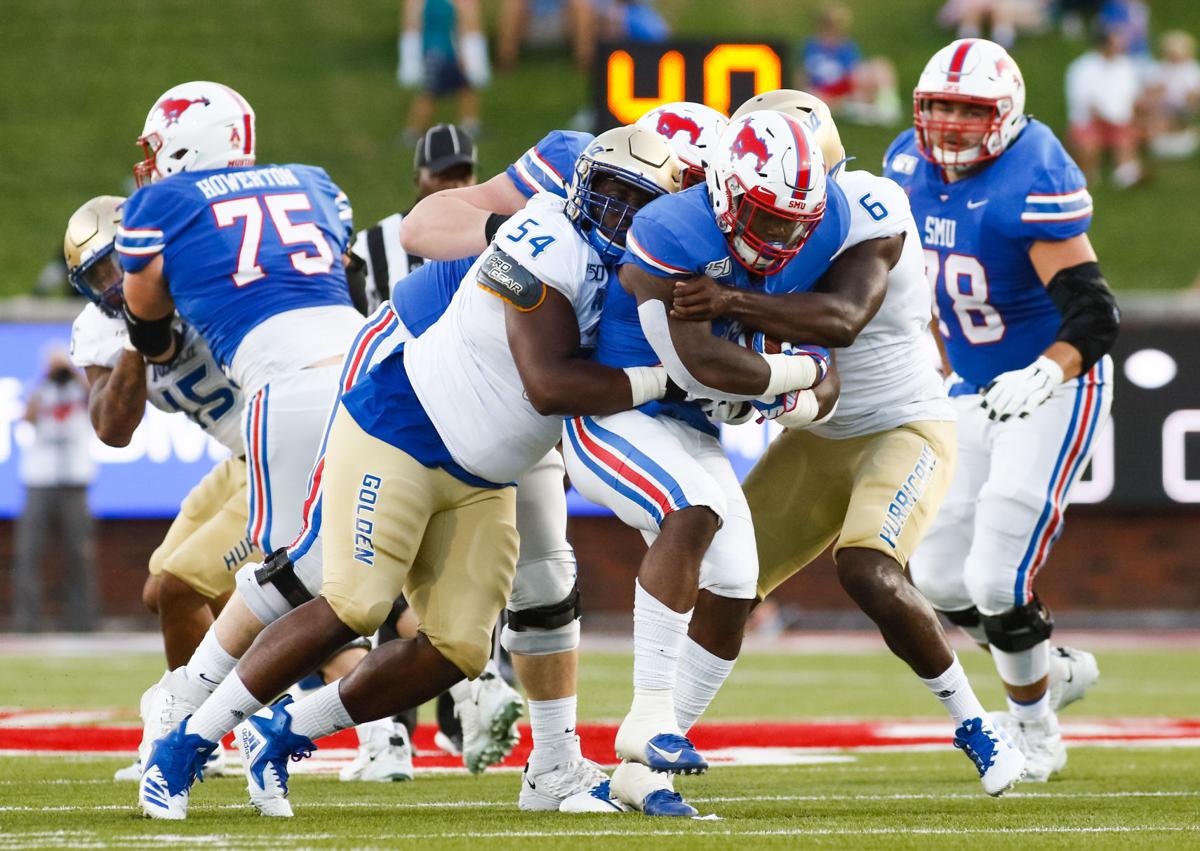 Tulsa defensive tackle Shemarr Robinson (left) will go against the Navy triple-option attack Saturday for the fourth time in his career. 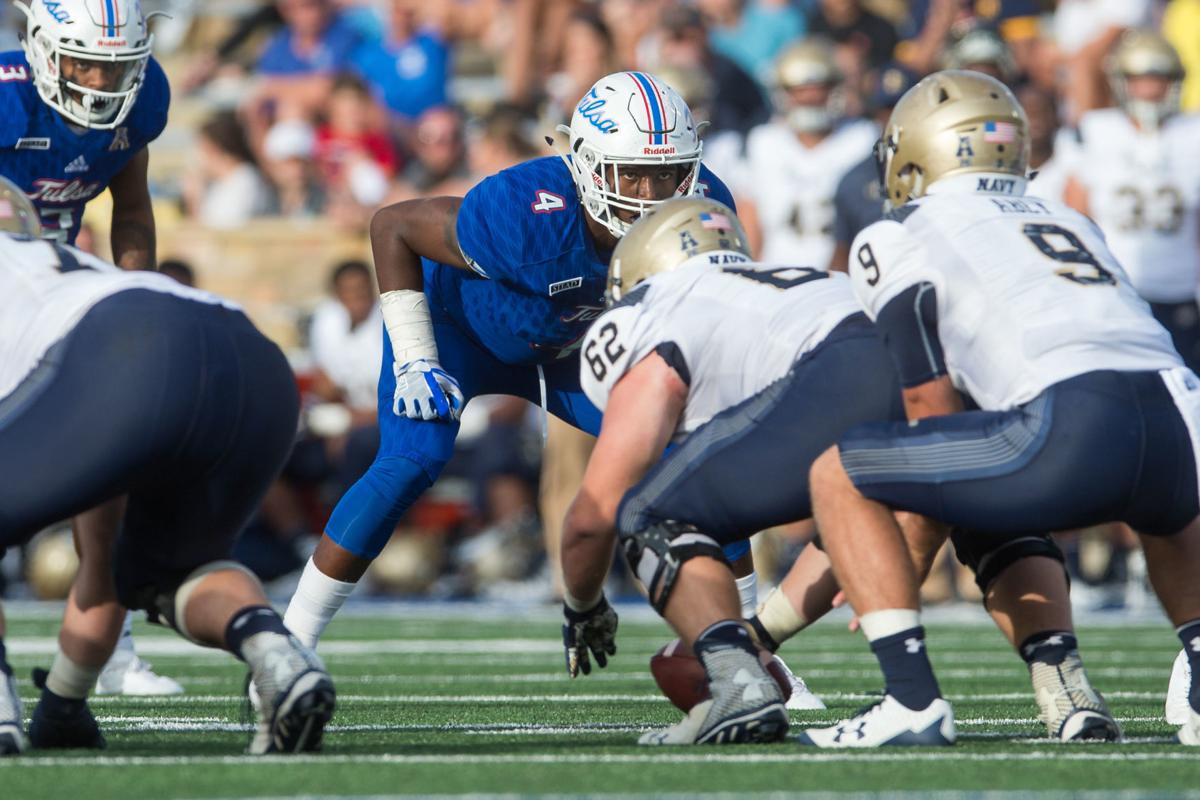 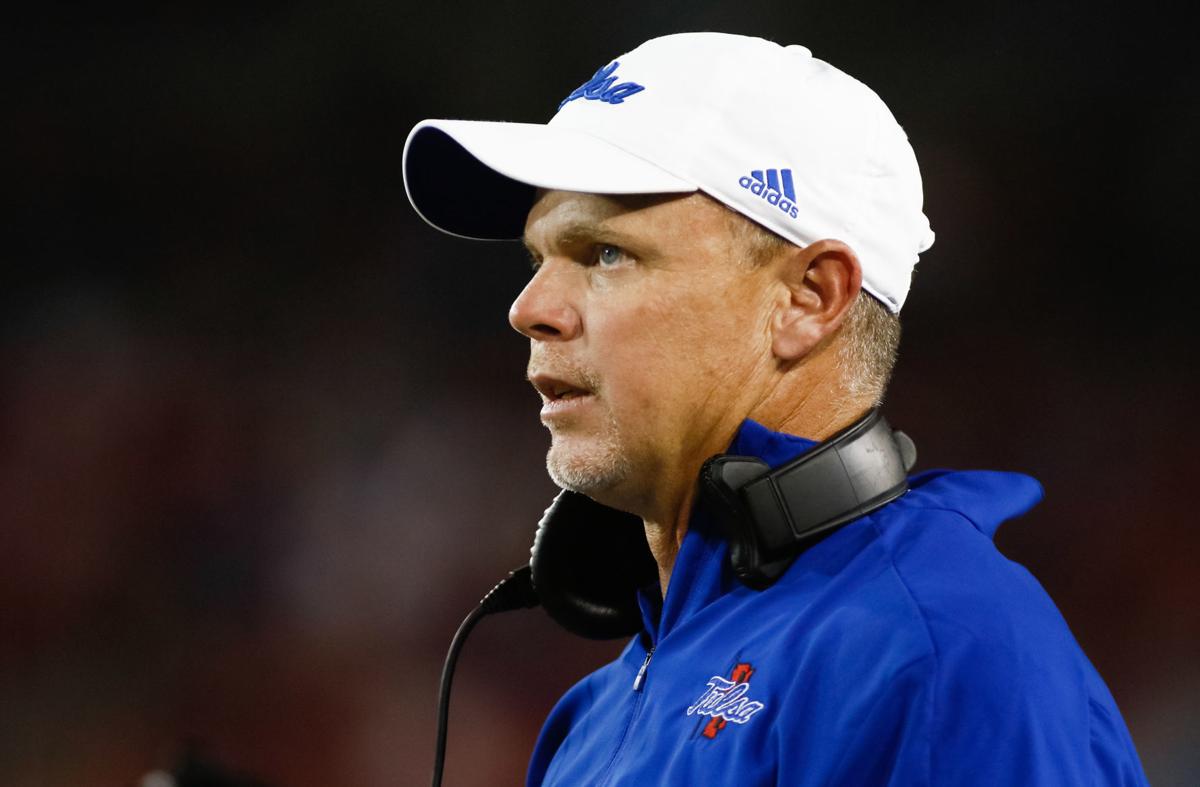 Tulsa defensive tackle Shemarr Robinson (left) will go against the Navy triple-option attack Saturday for the fourth time in his career.

Familiarity does not matter when playing Navy.

The Midshipmen famously run the triple-option offense. Every opponent knows what to prepare for when facing Navy, especially the University of Tulsa, which competes in the same American Athletic Conference West Division. The teams will meet for the fifth season in a row at 6:30 p.m. Saturday at H.A. Chapman Stadium.

“I don’t think anybody’s playing Navy and saying it’s easier the next time they play them,” TU defensive tackle Shemarr Robinson said. “For me, this is my fourth time going against them, so I’ve got a little bit of a rapport with what they want to do. I’m prepared for it, but I don’t think anybody would say it’s easier playing them again.”

The Golden Hurricane has lost the past four meetings, having never beaten Navy during the Philip Montgomery era, which started in 2015. Navy is the only team in the West Division that TU hasn’t defeated under Montgomery.

“Wow, I don’t know if you can really put into words the difficulty it takes (to prepare for Navy) within, really, a course of, you say a week, but it’s really not a week,” Montgomery said. “You’ve got a few days here — three really strong practice days — to try to really install a totally different mindset of your defense going against this offense. I think it’s very difficult from that standpoint. They cause you a lot of different problems.”

Navy’s offense is also its best defense. With former TU co-defensive coordinator Brian Norwood in the midst of his first season as Navy’s defensive boss, the Midshipmen are giving up 19.2 points a game. That’s largely due to opponents running a mere 52.2 plays a game because of Navy’s style of offense limiting possessions. In comparison, TU is averaging 78.2 plays a game.

The simplicity of stopping Navy seems easy. But that might be what makes it so difficult, too.

Robinson described playing Navy as “monotonous,” but he said as soon as a player gets lackadaisical, that’s when the play will be run his way and go for a big gain.

“They know what they’re doing,” Montgomery said about the Midshipmen. “They’ve done it that way for a long time. Especially on offense, that whole staff has been there together forever. They’ve seen everything that you want to throw at them. You’re not gonna surprise them with something new, and so you’ve got to do a really good job of just being really disciplined and assignment-sound.”