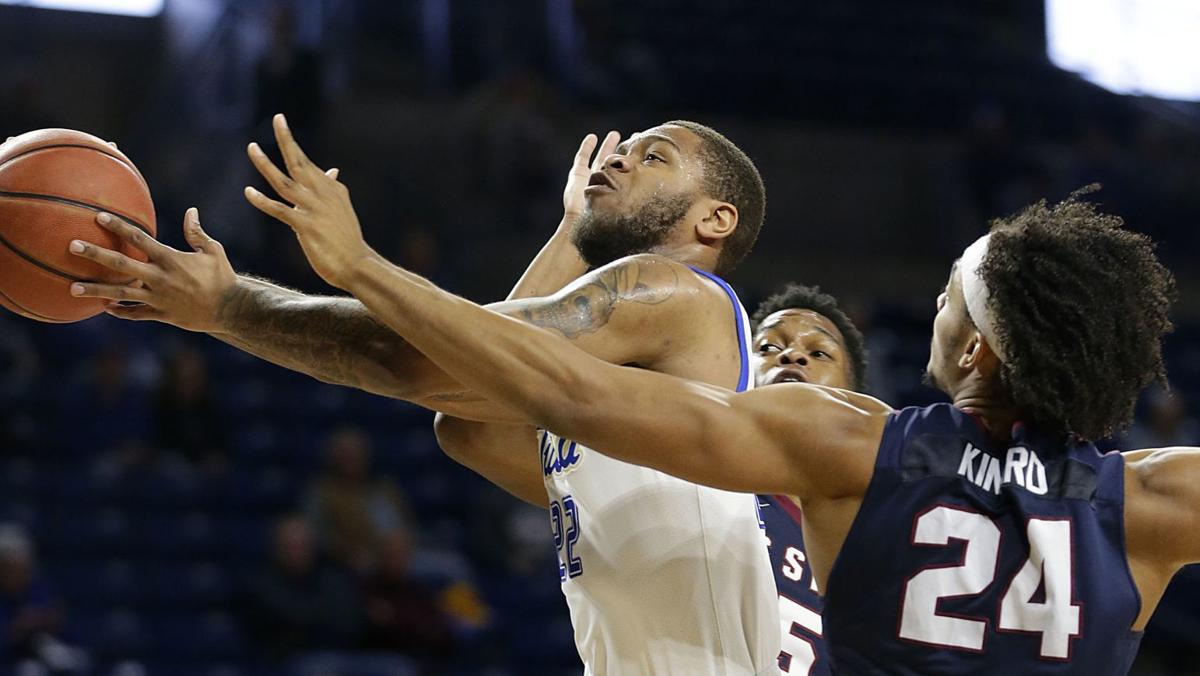 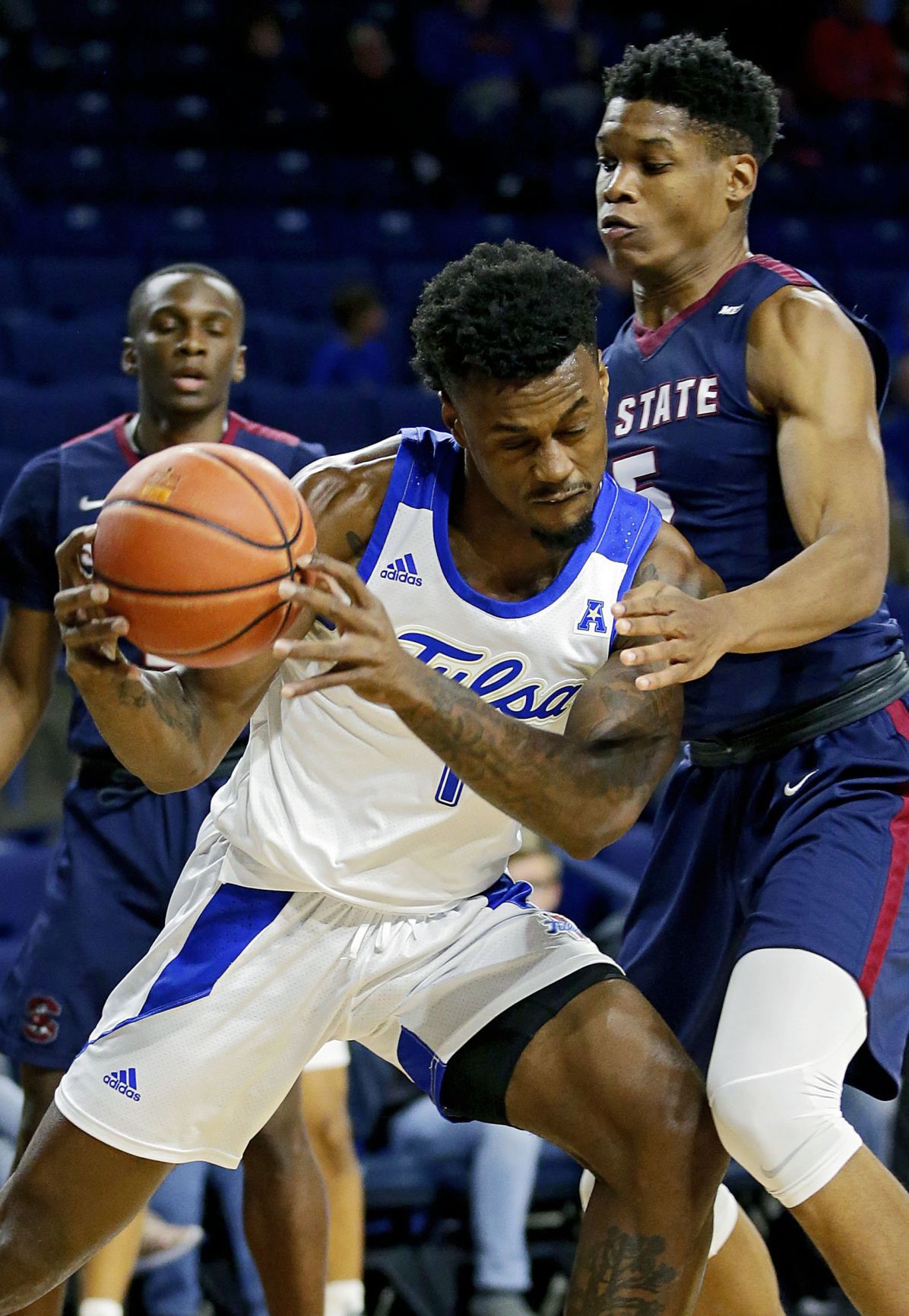 Tulsa’s Martins Igbanu, who scored 12 points in the Hurricane’s rout Wednesday at the Reynolds Center, tries to create space against Ozante Fields of South Carolina State.

Tulsa’s Martins Igbanu, who scored 12 points in the Hurricane’s rout Wednesday at the Reynolds Center, tries to create space against Ozante Fields of South Carolina State.

After a sluggish start, the University of Tulsa needed little time Wednesday afternoon to turn on the jets and pull away.

En route to a 78-47 win against South Carolina State for its largest margin of victory since 2015, the Hurricane produced a 20-2 run that started late in the first half to go from trailing to dominating.

In front of a sparse matinee crowd at the Reynolds Center, Lawson Korita knocked down back-to-back 3-pointers to end the first half with a narrow advantage. In the second half, TU ramped up its defense to force seven turnovers in a six-minute span.

“At the end of the game, I said, ‘That’s who I anticipate this team being and what we look like when we play great defense, we share the ball on offense, we take good shots, we take care of the ball,’ ” said Frank Haith, who won his 100th game as TU’s coach.

The Hurricane (5-1) poured it on while shooting 53.6% in the second half, scoring 15 points off turnovers and 10 on fast breaks. TU went up 20 on a 3-pointer by Jeriah Horne and 30 on a free throw by Elijah Joiner.

Four players finished in double figures: Reggie Jones, who scored 18 points on five 3-pointers and three free throws; Brandon Rachal, who had a double-double with 11 points and 10 rebounds; Martins Igbanu, who bounced back from recent struggles with 12 points; and Horne, whose 12 points came on 3-pointers.

“If one man’s not stepping up, we can always rely on our brother,” Jones said. “(It was about) just playing the game and understanding the flow and not forcing it.”

Prevailing in an 18th consecutive home nonconference game, including five this season, TU matched its best shooting performance and held the Bulldogs (2-5) to seven field goals in the second half.

“We had a week off and I felt like we had some really good practices,” Haith said. “It’s about guys getting more and more comfortable with their roles. You’re trying to identify roles and you put them in place and now you’re waiting for the guys to embrace them. I think that’s where we’re at and I thought we saw a good example of that today.”