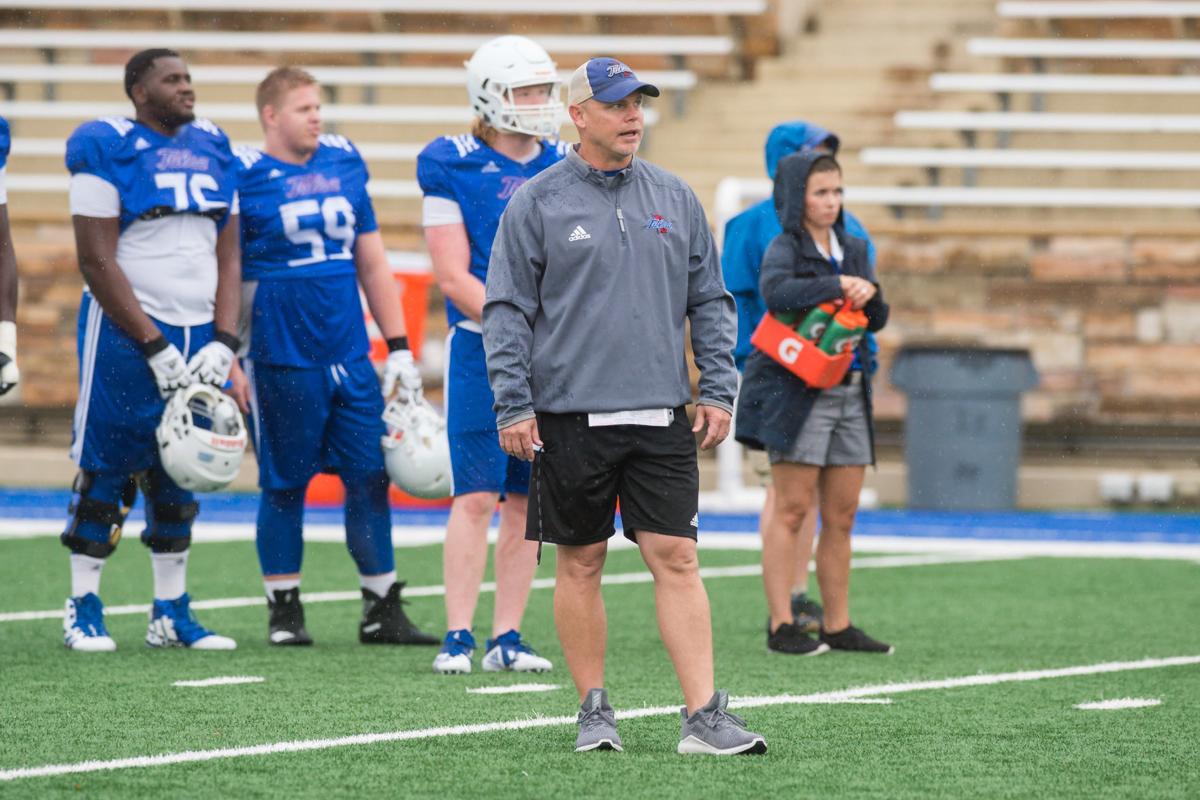 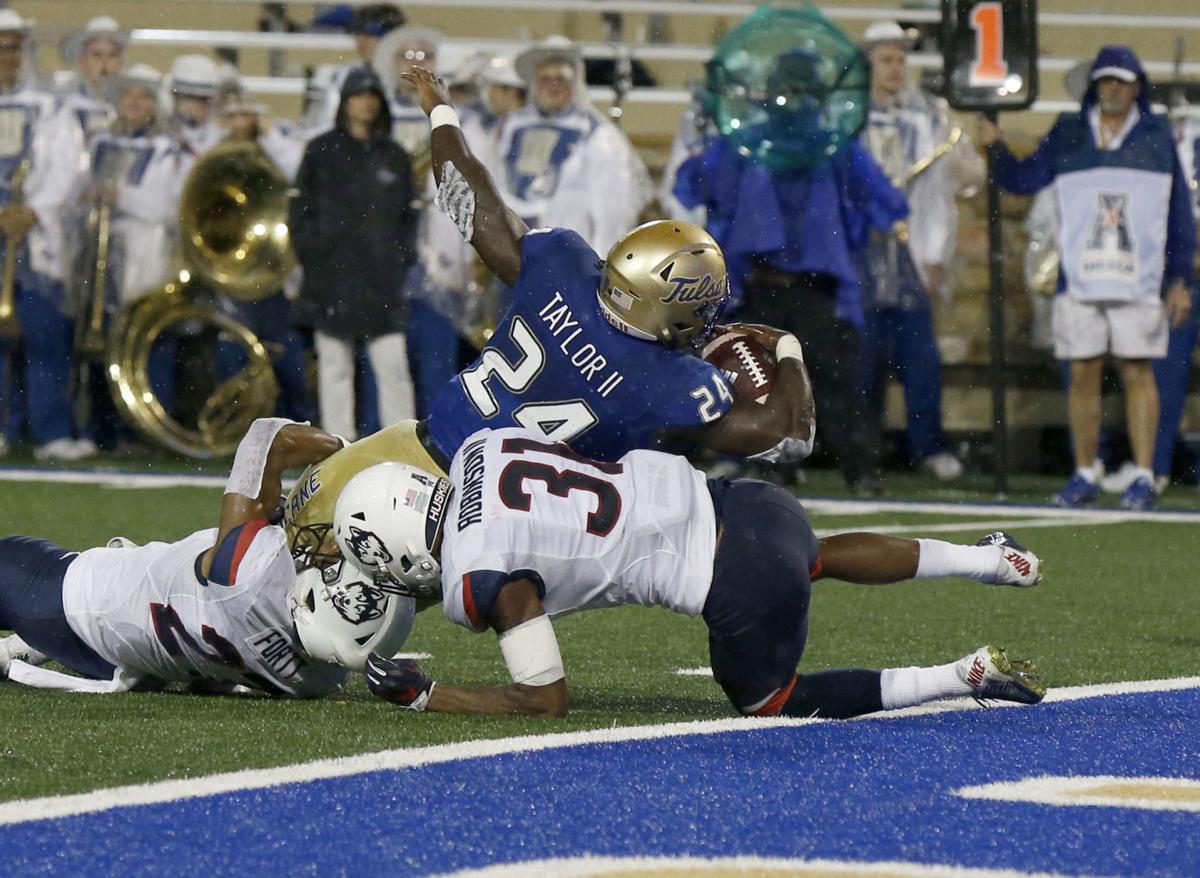 Tulsa running back Corey Taylor II reaches over the goal line for a touchdown last season against UConn. The Hurricane opens the 2019 season at Michigan State in front of an expected crowd of 75,000 and an FS1 TV audience. “We love the platform,” Taylor said. STEPHEN PINGRY/Tulsa World file

Tulsa running back Corey Taylor II reaches over the goal line for a touchdown last season against UConn. The Hurricane opens the 2019 season at Michigan State in front of an expected crowd of 75,000 and an FS1 TV audience. “We love the platform,” Taylor said. STEPHEN PINGRY/Tulsa World file

The University of Tulsa’s season opener almost seems bigger than the school itself.

TU kicks off its season against Michigan State at 6 p.m. Friday in East Lansing, Michigan. Last year, the Hurricane started its season with a win against Central Arkansas in front of a crowd of 18,356 at H.A. Chapman Stadium. It was TU’s highest-attended home game last year.

Spartan Stadium, TU’s first destination this season, has a capacity of 75,005.

For those who did not attend the game, last year’s season opener was only broadcast online. Friday night’s showdown will be nationally televised on FS1.

“We love the platform,” TU running back Corey Taylor II said. “It’s really awesome. But when those whistles blow all that goes out the window. You’re just there to play the game that you’ve been playing since you were a little kid.”

The magnitude of the game really has nothing to do with the Hurricane, though. The No. 18 Spartans are the magnifying glass. Michigan State is a storied program that is consistently ranked and competing for a Big Ten title. By their standards, the Spartans struggled last season with a 7-6 record. If TU were to post that mark this season, it’d be considered a turnaround after going 3-9 last year.

“But when you think about the tradition of what they have going and the tradition over the years of the games that you’ve seen growing up as a kid, that part of it brings a little more mystique to it if you will,” TU coach Philip Montgomery said. “But I think our guys understand that no matter the stadium or where we’re playing, once we cross those white lines, it’s all about what happens on the field. It’s not about the stadium. It’s not about the crowd. It’s about what we do in between those lines and getting it done together.”

Even if TU were to pull off the upset Friday night, Michigan State would still garner more national attention. It happened last season when the Hurricane nearly knocked off Texas in Austin. The Longhorns held on to win 28-21, but there were more headlines about Texas’ struggles than TU’s impressive performance.

But whether or not an upset on the road against Michigan State would send shockwaves across the country, Montgomery said a win would definitely change the course of TU’s season.

“It’s a new year and new opportunity to go out and continue to elevate our program,” Montgomery said. “If you go get a win on the road like this — all the national spotlight — most of it will be talking about Michigan State and still not about us. But we’re going to set a tone for what this team is capable of, what our players are capable of.

“The momentum and excitement from what you can bring back with a ‘W’ like that could really turn everything on its ear and set the stage for what could be a magical-type season.”