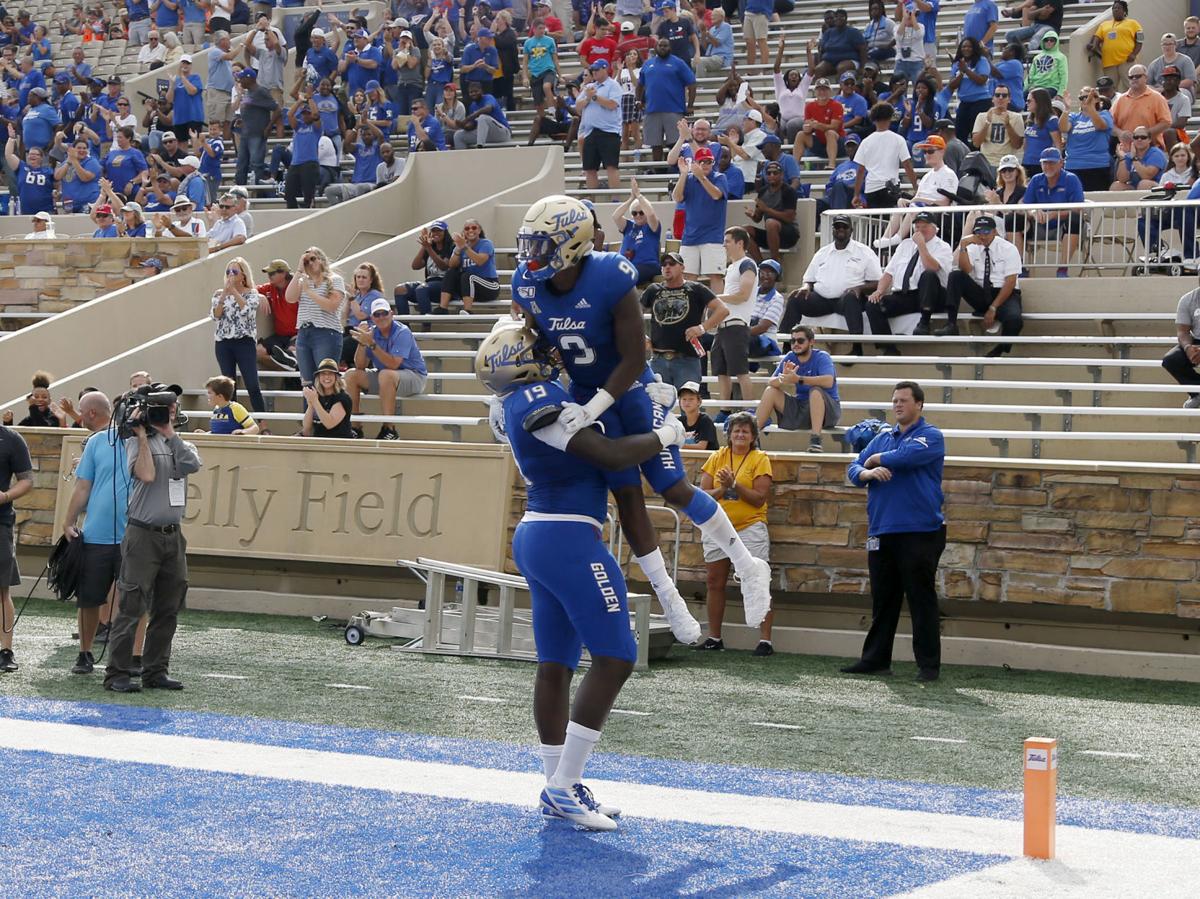 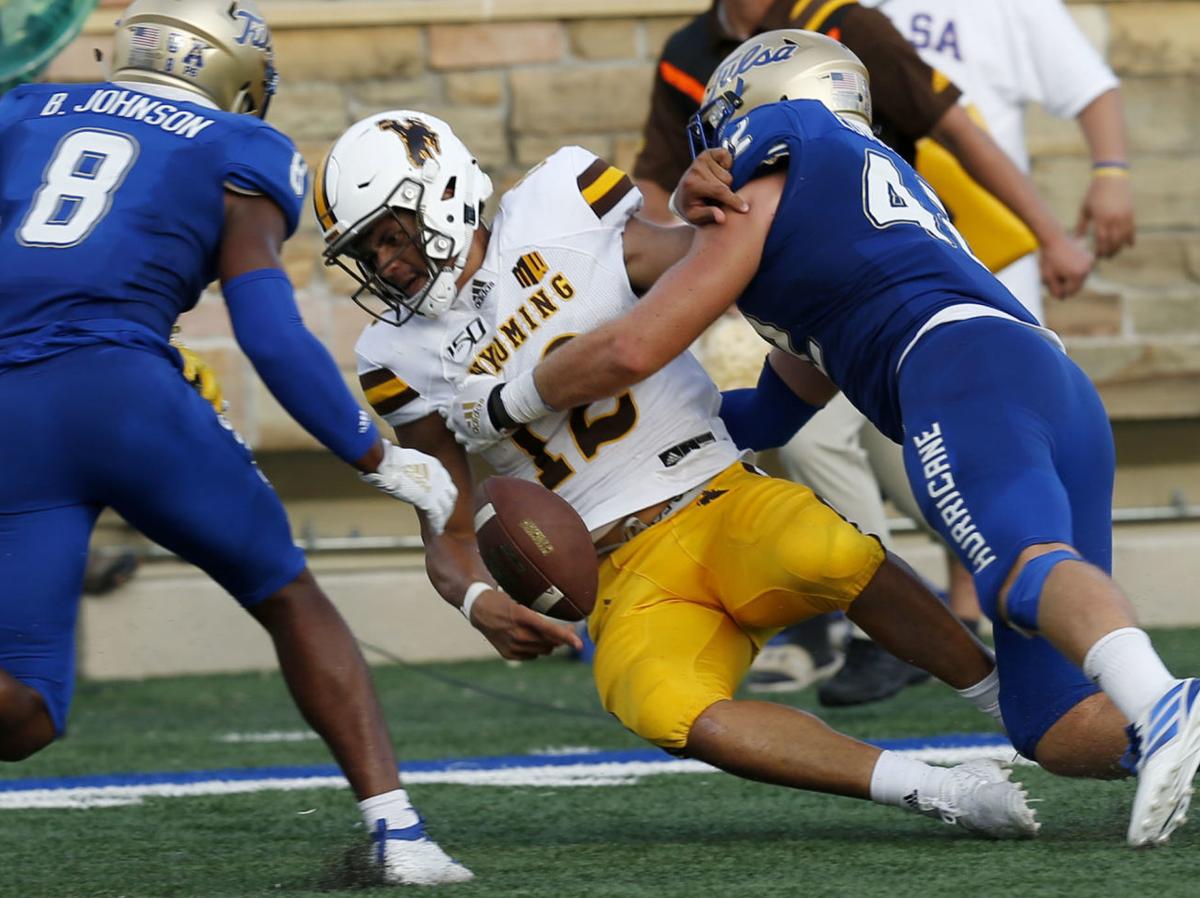 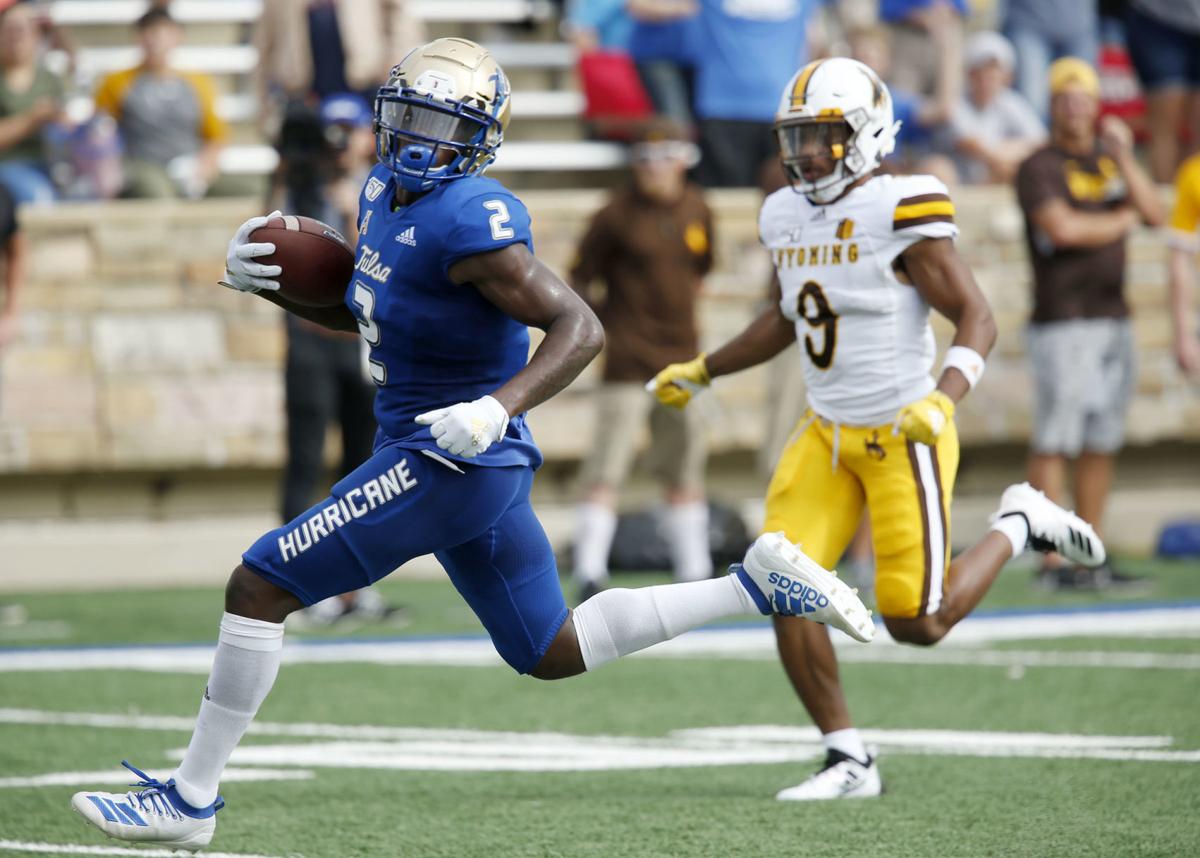 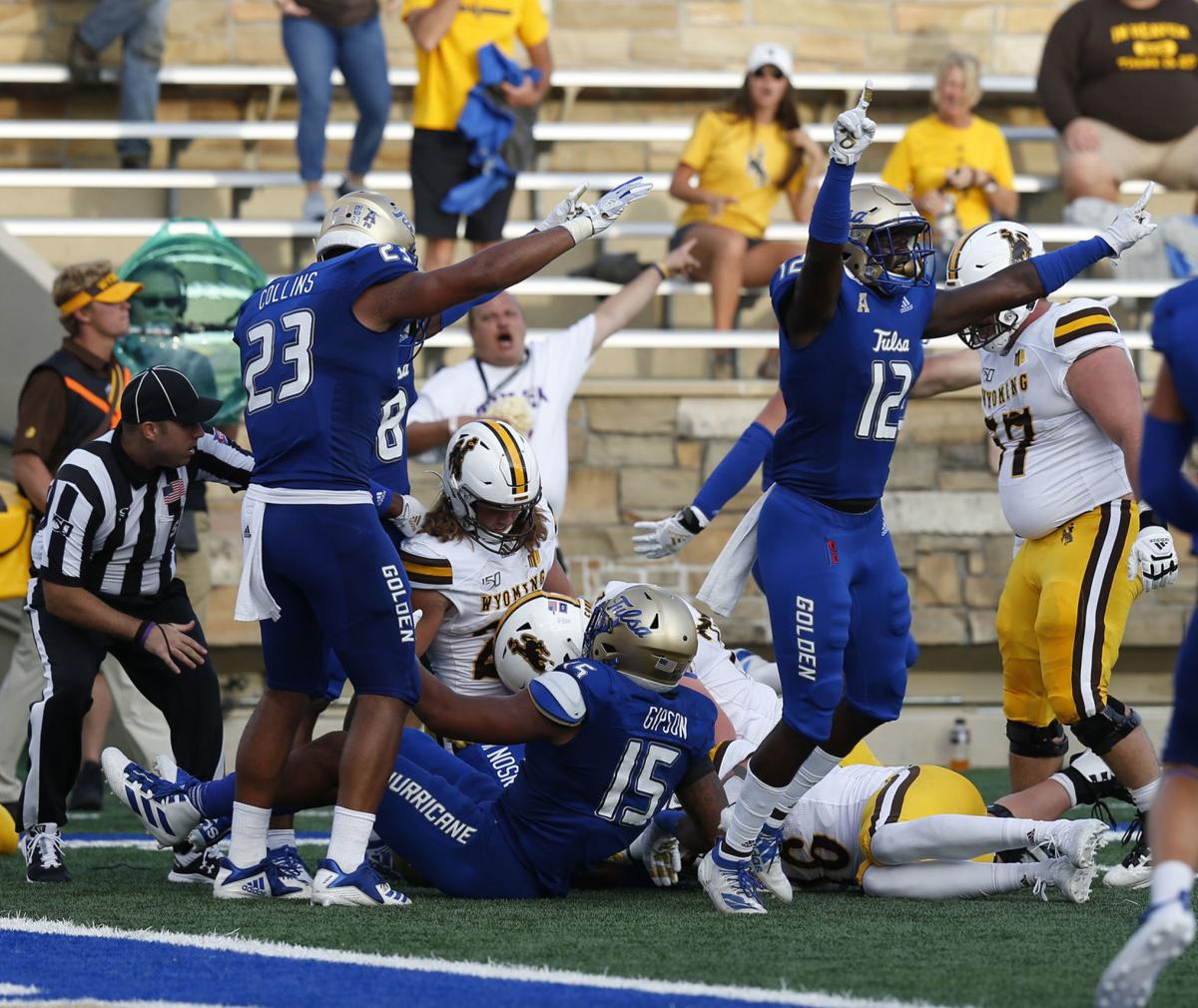 University of Tulsa coach Philip Montgomery sat behind the microphone and adjusted his long white sleeves as he tried to find the words for his opening statement.

He was struggling to find the way to start summarizing his thoughts about what had just taken place at H.A. Chapman Stadium. The only thing he could come up with at first was, “Umm. … Wow.”

“That’s about all I can say after that,” Montgomery said.

The Golden Hurricane had just handed Wyoming its first loss of the season in a 24-21 thriller to end TU’s nonconference schedule. Fifty-one seconds before the end of the game, it looked like Wyoming would leave still unscathed. But the 50-second mark, it was surely TU’s ballgame.

“Gave us a lot of different problems and looks, but I think this is one of those wins that we as a football team can continue to build on, and every win is important,” Montgomery said. “They all matter. Really feel like this was a big one for our young football team as it’s continuing to gain confidence and gain experience and continuing to grow.”

Wyoming was down by three points with less than a minute left and on TU’s 10-yard line. TU defensive end Trevis Gipson said he looked linebacker Cooper Edmiston in the eye and said, “Bro, we gotta win this game.”

Edmiston started the next play on the turf after a Wyoming blocker hit him from the side. He quickly got up, though, as Wyoming quarterback Sean Chambers sprinted toward the end zone with only a few yards separating him and the lead. Cornerback Reggie Robinson made Chambers cut back toward the middle of the field, and Edmiston’s hustle paid off when he put his left hand on the football and jarred it from Chamber’s arm. Robinson jumped on the fumble to seal TU’s victory and put the Hurricane at 2-2 heading into its bye week.

“I was just trying to make sure he didn’t get to the end zone,” Edmiston said.

Moments before Edmiston forced the fumble, it looked as if an offensive player would be TU’s hero of the game. Wyoming took a 21-17 lead with 5:25 left after scoring 14 consecutive points in the fourth quarter. Before that, the Cowboys hadn’t scored since a TD on their first possession.

After Wyoming’s lead-changing touchdown, quarterback Zach Smith marched TU down the field in 1:59 to regain the lead. The drive was capped with a 19-yard run by Shamari Brooks up the middle and into the end zone.

The touchdown that ultimately won the Hurricane the game wouldn’t have been possible without Keenen Johnson’s heroics, though. TU was facing a fourth-and-5 from the 50 when Smith slung it toward Johnson. Johnson leaped and caught the ball for a first downs. A face mask penalty moved TU even closer before Brooks ran for a touchdown the next play.

“It’s a big moment, but you can’t think of it like that,” Smith said. “It’s just another play, just another down. It was obviously really big, but I just tried to stay in there and get the ball to them.”

Smith spoke humbly about himself but gushed a little more when asked about his receiver who made the play.

That phrase seemed to be motto of the Hurricane’s post-game news conference, from Johnson to Edmiston to Smith, who stepped up with 354 passing yards as the run game was quieted.

“It wasn’t handed to us,” Smith said. “I think that’s a big confidence builder. Our offense and defense played a heck of a game.”