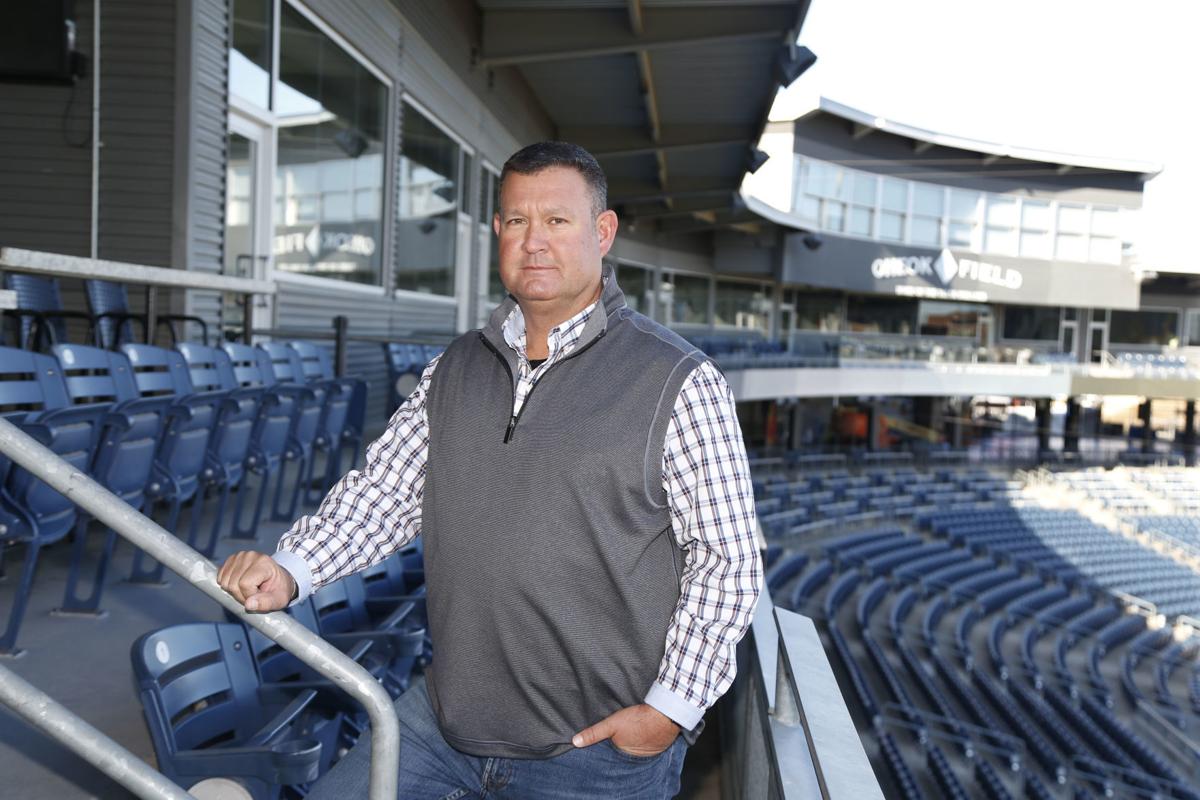 Drillers manager Scott Hennessey is looking to take the team to its fourth consecutive berth in the Texas League finals. “I thoroughly love this place and the fans and city of Tulsa,” he said. 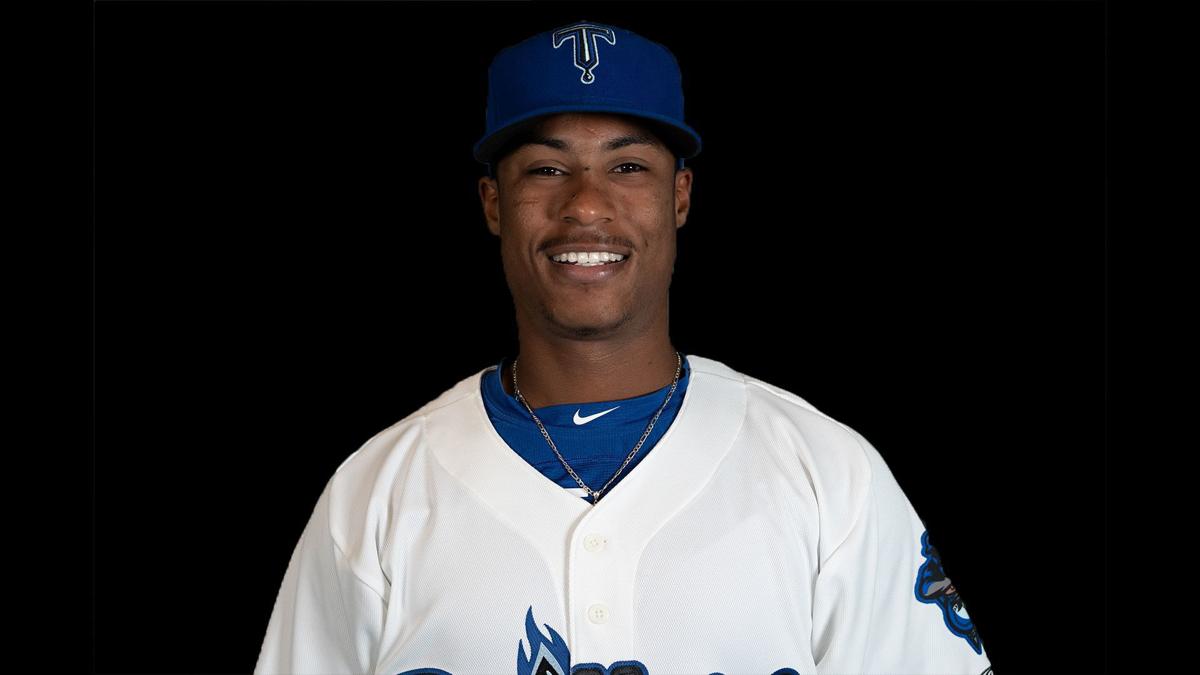 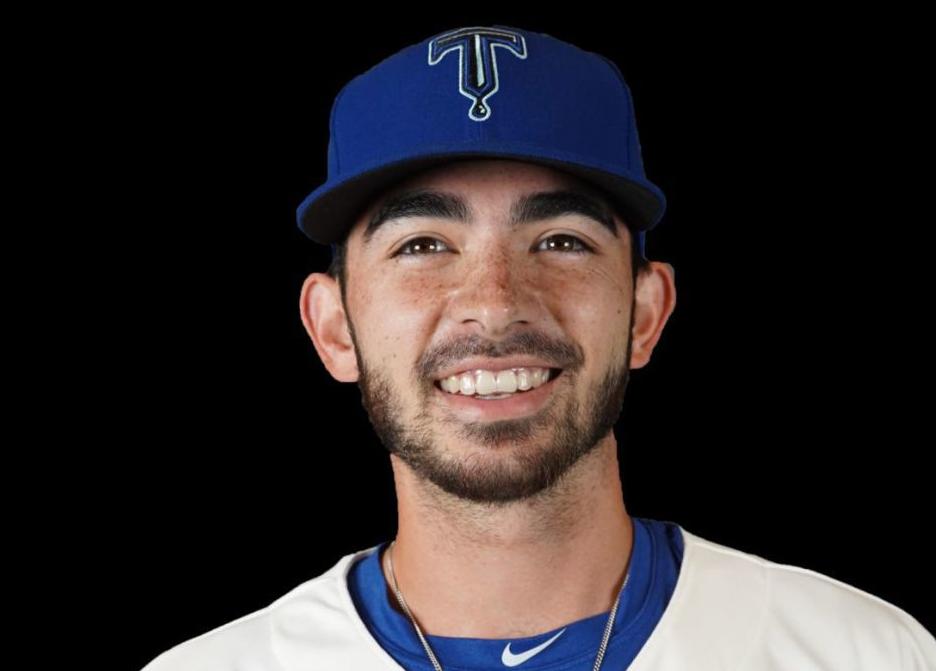 Tulsa Drillers manager Scott Hennessey had a different lineup to talk about during his visit with media and season ticket holders at ONEOK Field on Thursday afternoon than he would have if that appearance had been a week earlier.

“What a pleasure it was to coach both of those young men,” Hennessey said while in Tulsa en route from his Florida home to Arizona for Dodgers spring training. “They prepared well, they were team guys, they played hard and their performance obviously was great. That’s why you draft good and develop good because so you can get a Mookie Betts and a David Price. Betts is arguably one of the top two players in the game.

“You can’t keep everybody to get those caliber of players. I hate to lose them (Downs and Wong). I talked to both of them. It’s a sad, sad moment, but it’s on to the next guy. As we always say, ‘It’s next man up.’ Whoever comes in their place we’ll try to get them to the big leagues, as well.”

According to Hennessey, a candidate to replace Downs, at least at some point in the season, is Jacob Amaya, a nonroster invitee to major league spring training. Amaya batted a combined .260 with seven home runs and 71 RBIs at low Single-A Great Lakes and high Single-A Rancho Cucamonga in 2019.

“It just depends on spring training; he will be here eventually,” Hennessey said. “When he’s ready, he’ll be here.”

At catcher, Stevie Berman, who batted .333 in 15 games for Tulsa last year, will likely return to the Drillers.

Third baseman Cristian Santana, who had 10 homers, 57 RBIs and a team-leading .301 batting average, will probably be back with the Drillers. A promising infield prospect is Devin Mann, who batted .278 with 19 homers and 63 RBIs at Rancho.

”The Dodgers organization likes him (Mann) a lot and the fans are going to love him because he plays hard every day, works hard,” Hennessey said.

Cody Thomas, the former University of Oklahoma quarterback who led the Texas League with 23 homers last season and batted .236 with 76 RBIs, is expected to return to Tulsa’s outfield along with Drew Avans, Donovan Casey and Carlos Rincon. In center field will be 2017 Dodgers first-round draft choice Jeren Kendall, who batted .219 with 19 homers, 63 RBIs and 24 stolen bases for Rancho last season.

“Jeren has a lot of tools,” Hennessey said. “He’s our best defensive outfielder in the organization and we just hope he can put it together with the bat.”

Avans, a left-hander, will continue to also develop as a pitcher. New rules at the major league level this season have made two-way players more valuable. He made his pro pitching debut late last season with Tulsa.

”He definitely will be pitching more this season, he’s gotten into pitching shape in the offseason,” Hennessey said.

The Drillers are still projected to have most of their starting rotation from the end of last season, including starters Edwin Uceta (7-2), Markus Solbach (5-1), Leo Crawford (2-0), Parker Curry (4-5), and possibly top prospect JoJo Gray (3-2), who could open at Triple-A Oklahoma City.

”JoJo has earned the right to go Triple-A but we have a lot of good pitchers in the organization, so it just depends on the trickle-down effect,” Hennessey said. “If he starts here, I would assume he would be our No. 1. We have a lot of guys who have experience at this level and have been successful.”

A potential new starter is Gerardo Carrillo, who was only 5-9 with a 5.44 ERA at Rancho but finished strong last season.

In the bullpen, returnees could include Jordan Sheffield, Logan Salow, Ryan Moseley, Michael Boyle and Marshall Kasowski. A newcomer to watch is Brett de Geus, who had a 1.16 ERA in 20 appearances at Rancho in 2019.

Justin DeFratus, who split the past two seasons pitching for Tulsa and Oklahoma City, is remaining in the Dodgers’ farm system as the bullpen coach.

”He was like a pitching coach here with the young guys, it was like having two pitching coaches,” Hennessey said. “They could relate to him. When Justin came to me about halfway through the year, he asked that on the days he wasn’t starting if he could go down to the bullpen and help our relievers get mentally prepared to come into the game and have a plan. I said that was a great idea, do it, and when he did that the bullpen just took off.”

Tulsa has reached the TL finals in each of the past three seasons with a pennant in 2018 under Hennessey. The Drillers will host the Frisco RoughRiders in the season opener at 7 p.m. April 9.

“I thoroughly love this place and the fans and city of Tulsa,” Hennessey said. “I’m honored, humbled and blessed to be back for another year.”

All games listed below at ONEOK Field