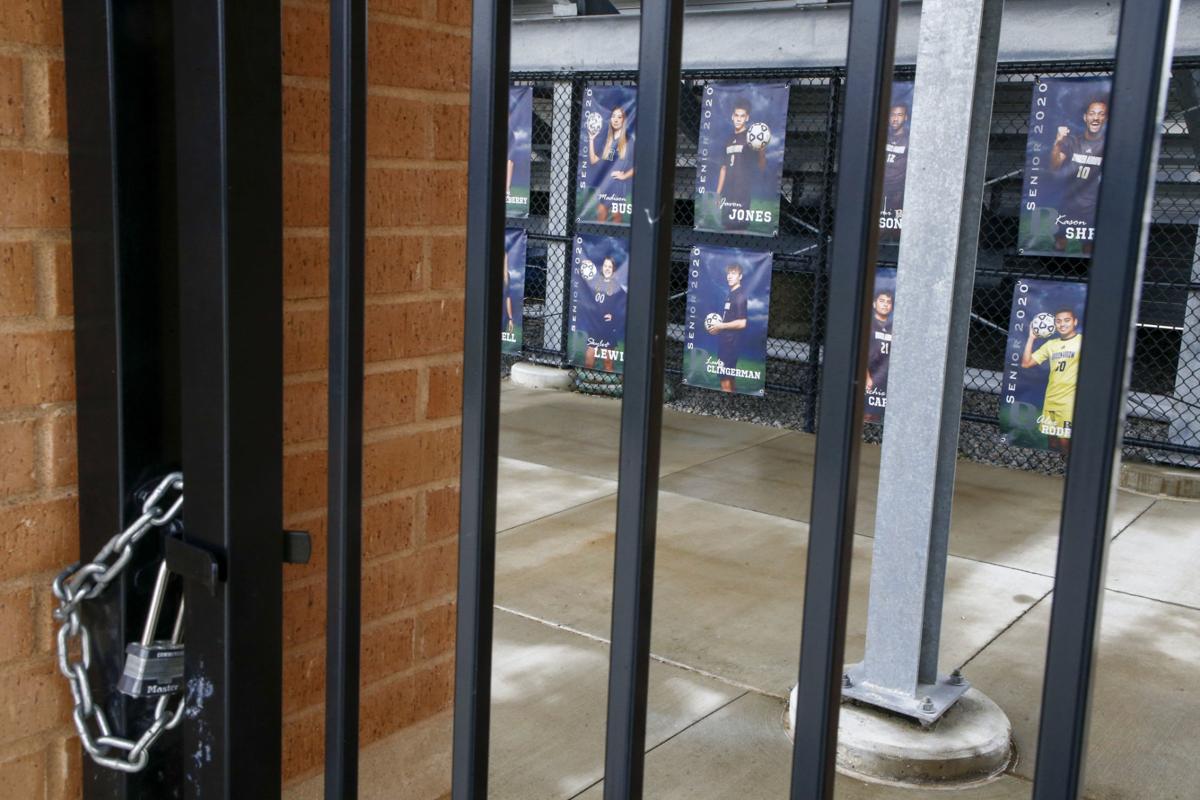 Photos of seniors hang from the bleachers at Kirkland Soccer Complex in Broken Arrow on May 13. IAN MAULE/Tulsa World 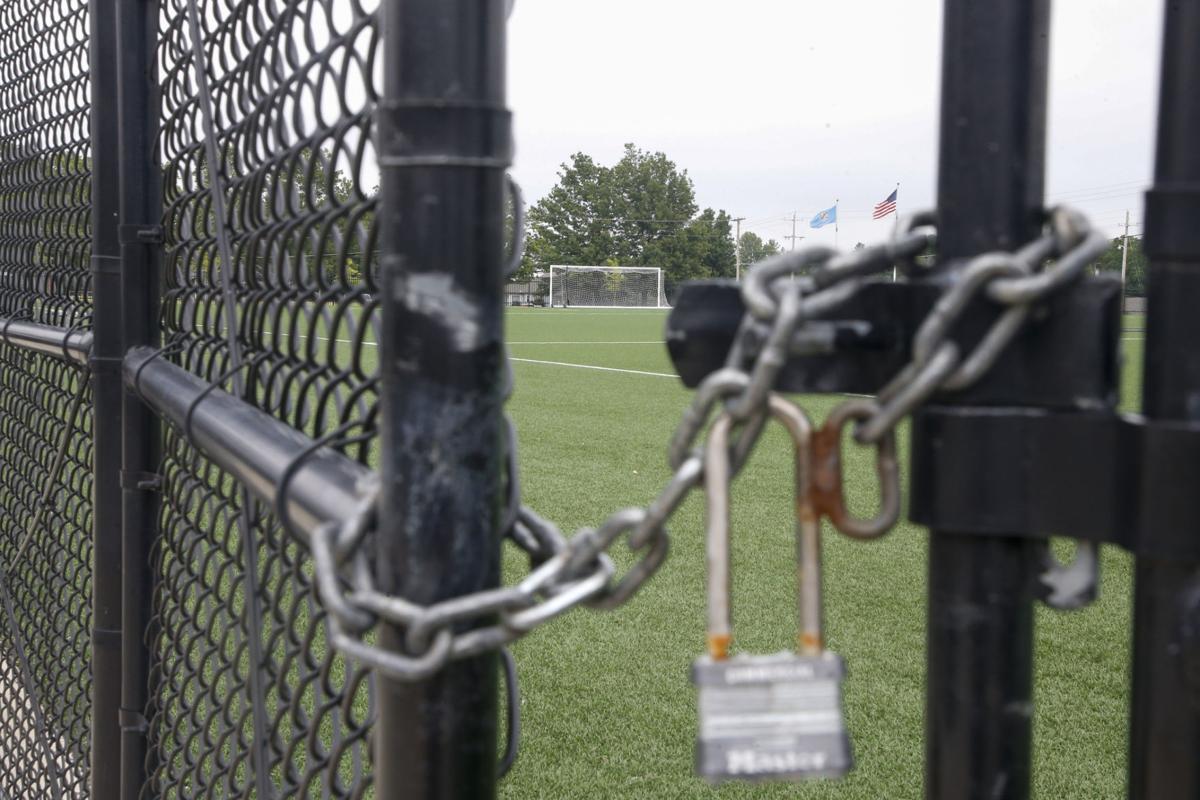 A soccer goal sits behind a locked gate at Kirkland Soccer Complex in Broken Arrow on May 13. Spring sports championships were to be decided this weekend. IAN MAULE/Tulsa World 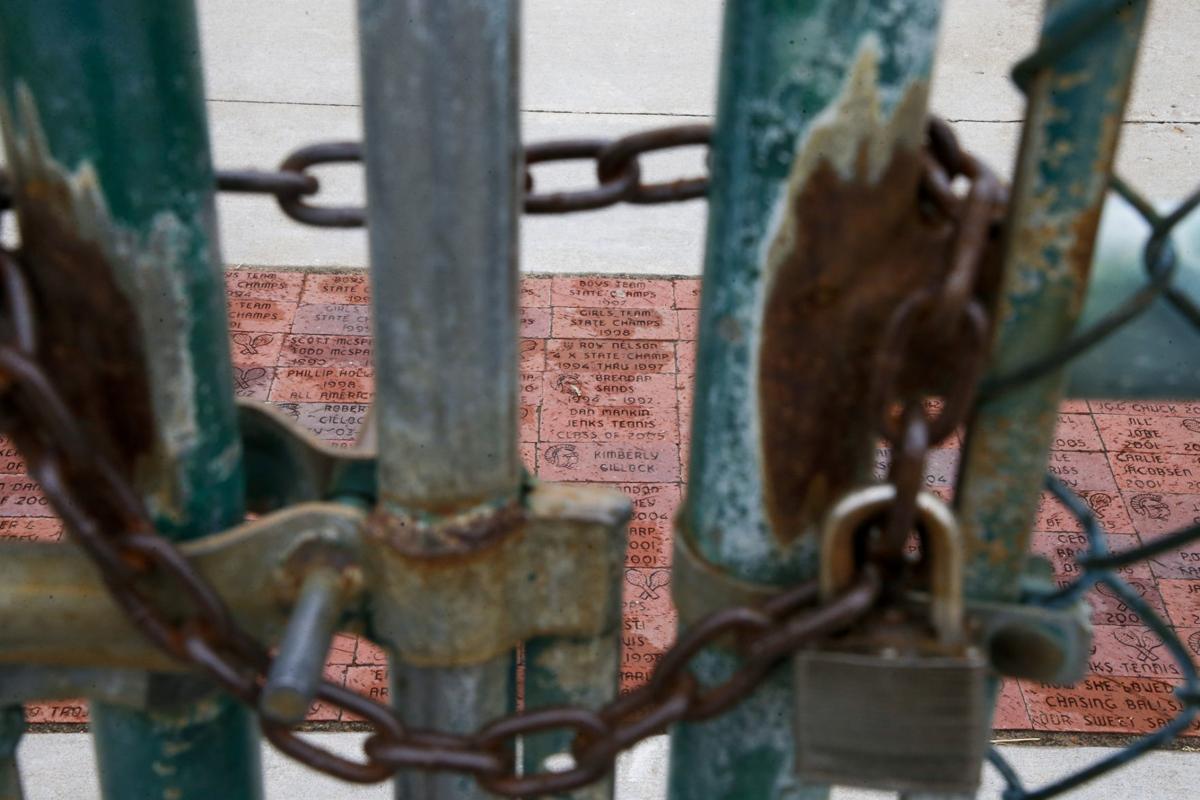 Bricks with the names of past Jenks tennis players on them are seen through a locked gate at the Jenks Tennis Complex on May 12. IAN MAULE/Tulsa World 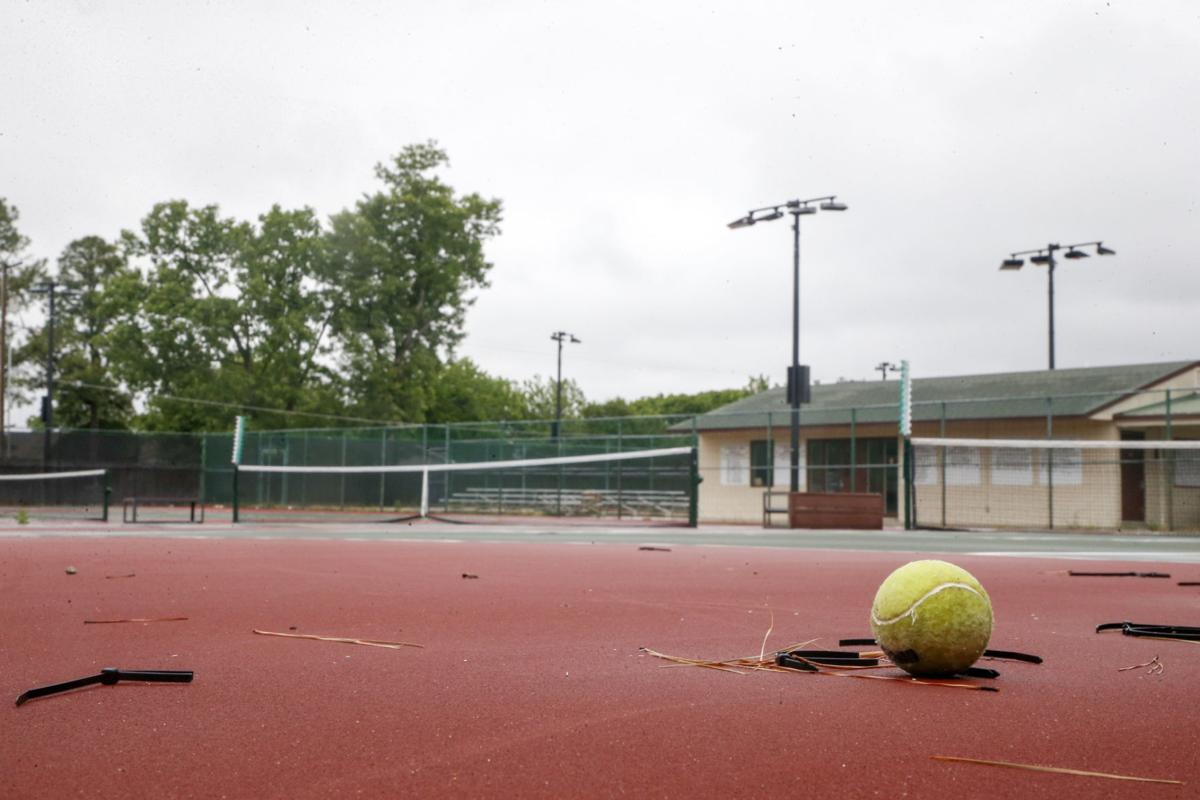 A tennis ball sits on an empty court at the Jenks Tennis Complex on Tuesday, May 12, 2020. IAN MAULE/Tulsa World 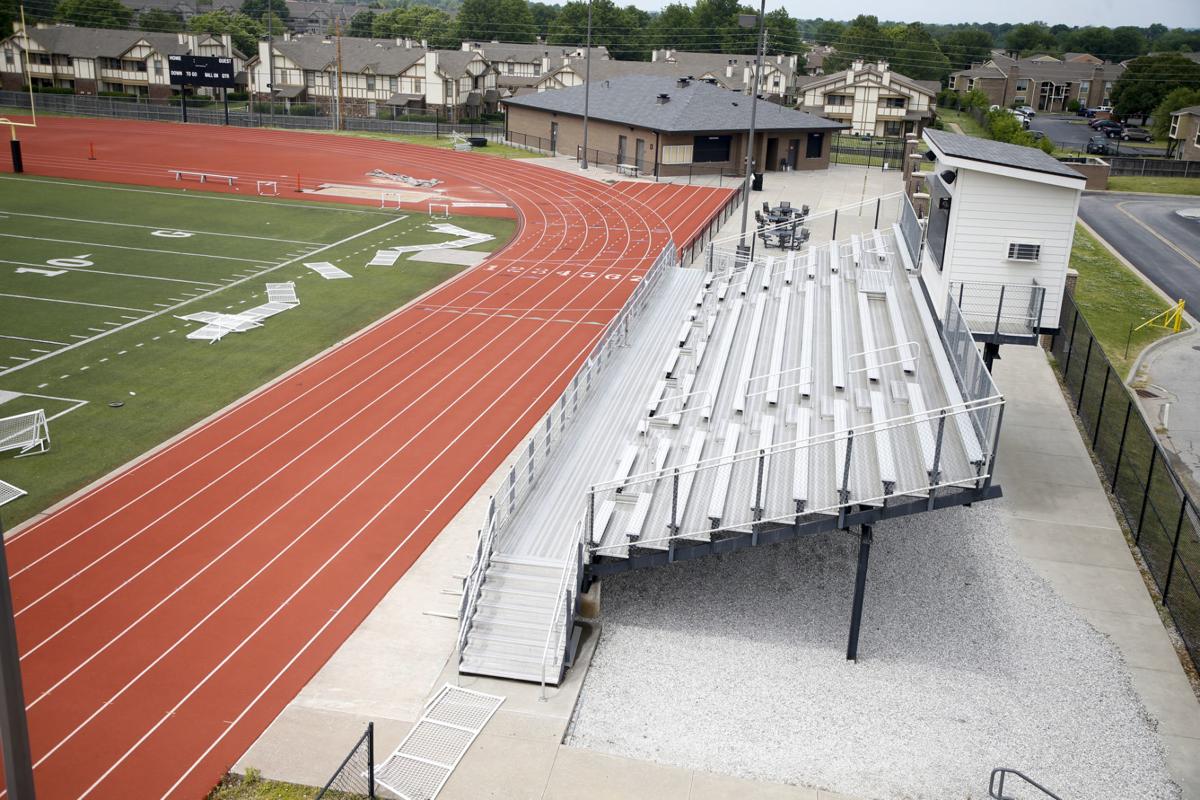 Union’s track facility sits empty during the pandemic on May 13, 2020. IAN MAULE/Tulsa World 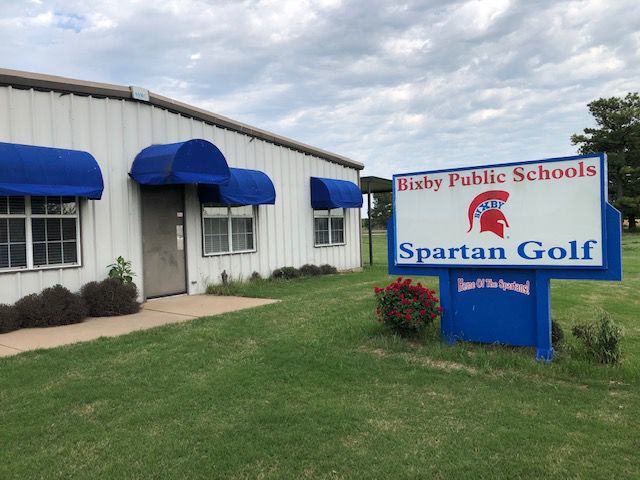 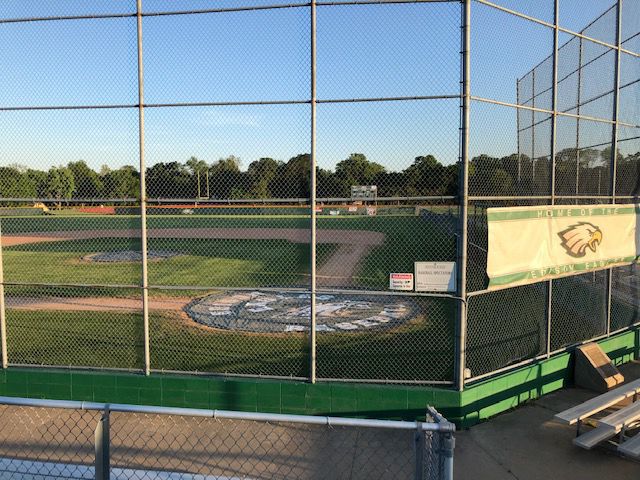 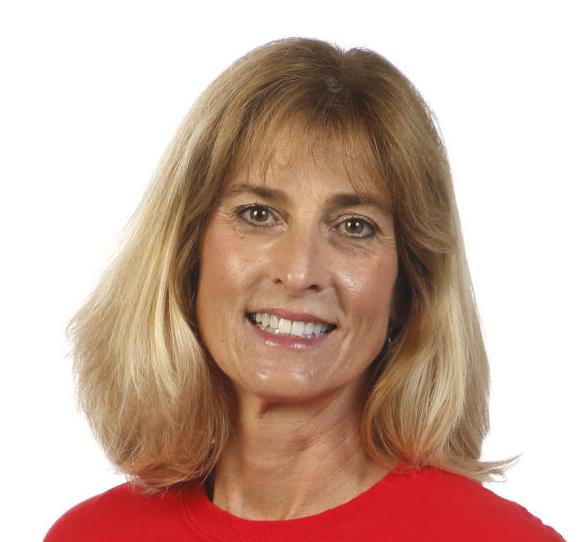 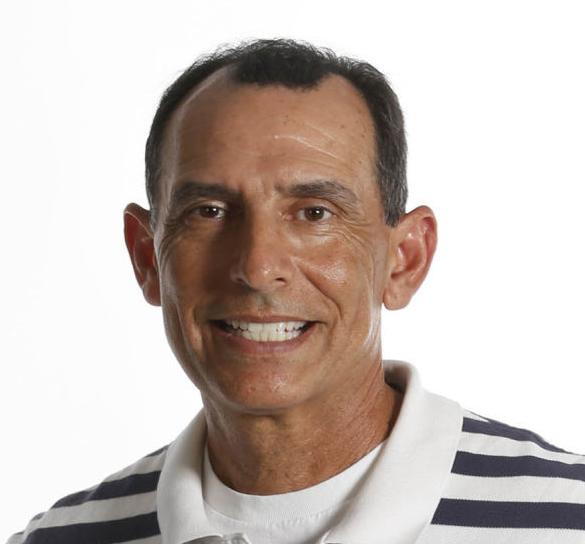 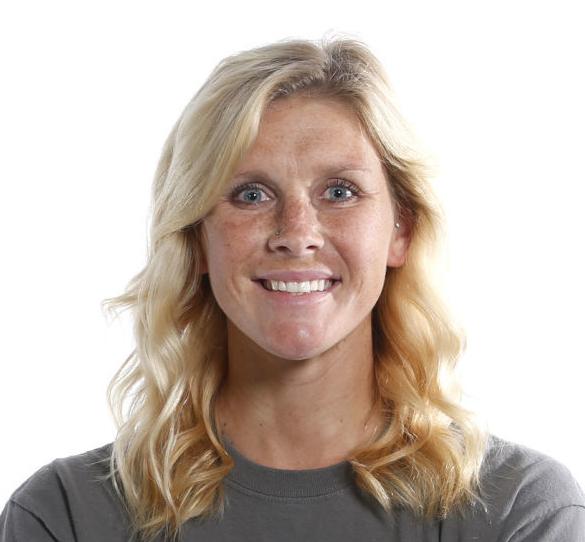 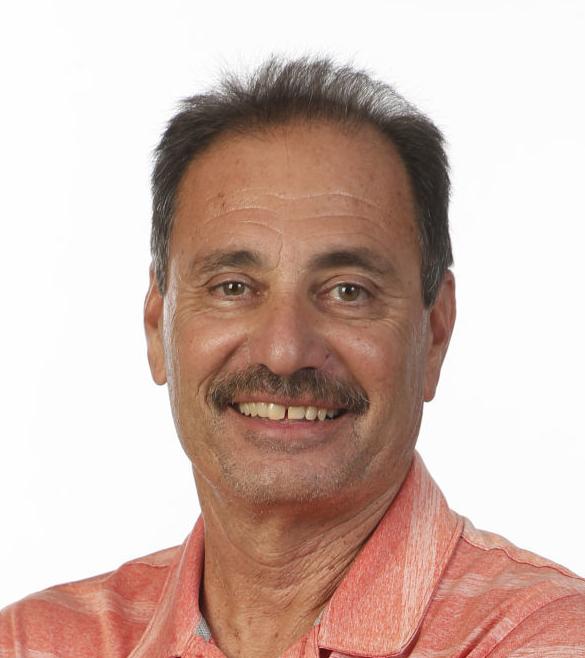 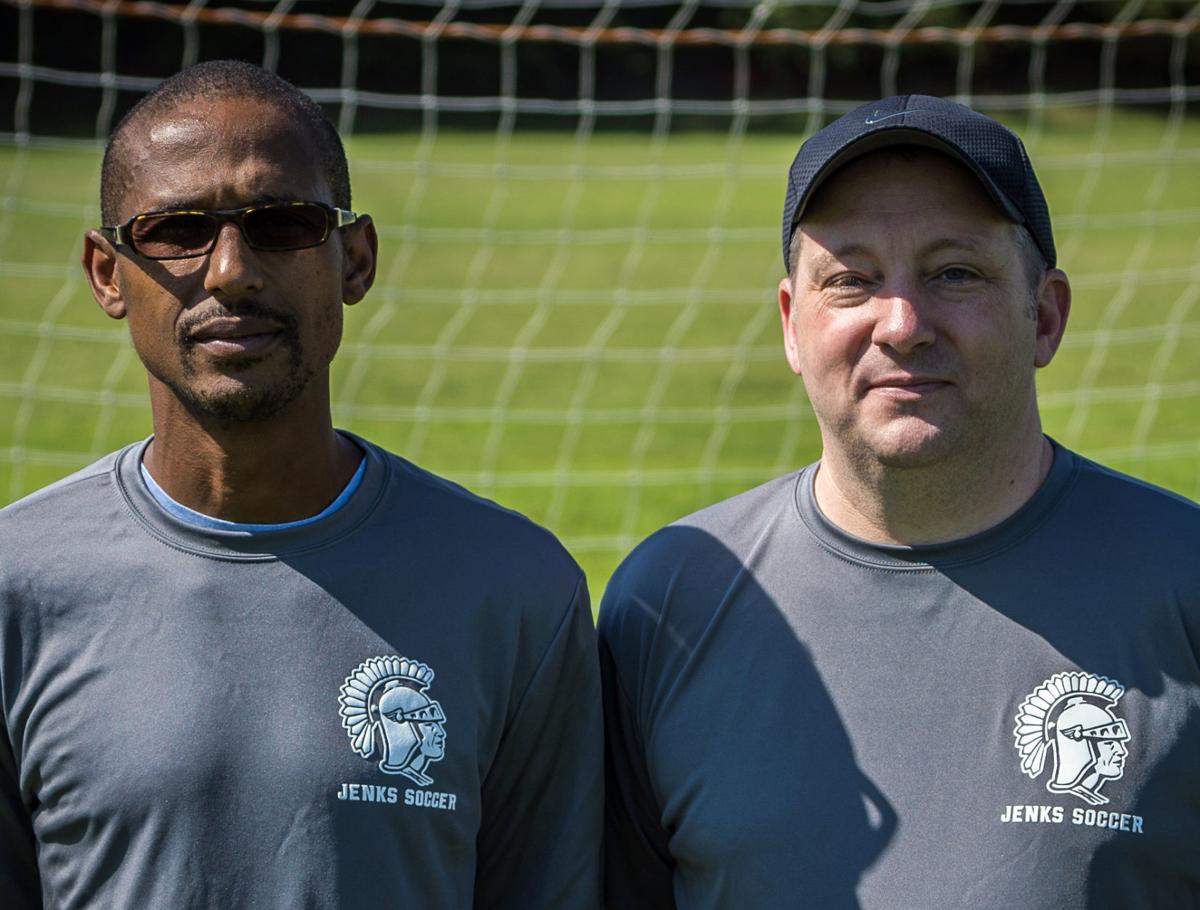 Photos of seniors hang from the bleachers at Kirkland Soccer Complex in Broken Arrow on May 13. IAN MAULE/Tulsa World

A soccer goal sits behind a locked gate at Kirkland Soccer Complex in Broken Arrow on May 13. Spring sports championships were to be decided this weekend. IAN MAULE/Tulsa World

Bricks with the names of past Jenks tennis players on them are seen through a locked gate at the Jenks Tennis Complex on May 12. IAN MAULE/Tulsa World

A tennis ball sits on an empty court at the Jenks Tennis Complex on Tuesday, May 12, 2020. IAN MAULE/Tulsa World

Union’s track facility sits empty during the pandemic on May 13, 2020. IAN MAULE/Tulsa World

According to the calendar, Saturday was to have been the final big day of high school sports competition in the 2019-20 academic year.

However, we’ve known for weeks that state championships in baseball, golf, soccer, tennis and track weren’t going to be decided. The coronavirus pandemic struck and changed our lives in immeasurable ways.

Among the most adversely affected were high school athletes, and particularly the seniors who counted on this one final competitive season for creating golden memories and attracting college recruiting interest.

On March 25, the Oklahoma State Department of Education board voted to close Oklahoma public schools until the end of the school year.

One day later, the Oklahoma Secondary School Activities Association’s board voted to cancel the 6A-2A state basketball tournaments (postponed from March 12) and all spring sports events.

For now, what we have of spring sports are the memories. Here are some dramatic moments from the near and distant past, as recollected by coaches and Tulsa World sportswriters.

Tulsa World writer Mike Brown, on a golden Saturday (May 14, 2011) when giants walked the Earth and Owasso and Broken Arrow met in an epic 6A baseball final at ONEOK Field:

“It’s hard to imagine a more fitting end to a high school baseball season. Owasso’s Dylan Bundy and BA’s Archie Bradley were the best high school players in Oklahoma that year, and possibly the nation. However, a Bundy-Bradley pitching matchup wasn’t in the cards. Bundy, who went 44-3 over four seasons, had thrown seven innings less than 48 hours earlier and was limited to playing third base. Bradley, sizzling in the summer-like heat, struck out 14 and allowed only two hits. BA won 4-0 to finish 36-2 and ended the season ranked No. 1 in four national polls. Owasso finished 37-2 and Bundy was named national player of the year by Gatorade and USA Today. Less than a month later, Bundy was chosen fourth overall and Bradley went seventh overall in the MLB draft.”

Bishop Kelley’s girls were heavily favored for last year’s 5A tennis team title, but they weren’t taking anything for granted, said Mary Jo Tasker, who co-coaches the Comets with Susan Limekiller.

“We knew we had a good team. (Sisters) Reagan and Kate Miley hadn’t lost all year (at No. 1 and No. 2 singles, respectively). But I’ve gone to state enough times to know anything can happen. On the last day, Reagan was first up, and it was a relief when she and Kate won their finals matches. Alyssa Zayat and Lainey Lehman finished third at No. 1 doubles, and Aubrey Bailey and Bailey Wollmershauser had to win at No. 2 doubles for us to win the title outright. When they had cinched it, the first people I hugged were Susan Limekiller and (assistant) Claire Henley. Next was Bailey Wollmershauser as she finished right in front of where I was watching, and I’ve known her since the day she was born. She and Aubrey (then a sophomore) played the match of their lives!”

Regent Prep had a comfortable lead en route to its first boys state team title at Oklahoma City’s Lake Hefner Golf Club in 2018. But coach Maggie Roller was still nervous because her son, then-sophomore JP Roller, was in contention for the individual crown:

“He bogeyed the easy 16th to go one shot down, and I heard him say, ‘I just blew it.’ But our assistant coach, Keith Stitt (brother of Gov. Kevin Stitt) said, ‘No, this is exactly what you want. You’re gonna par this next hole and birdie the 18th to win the tournament and show how well you play under pressure,’ and I saw JP’s eyes light up. As a mother, I could barely watch. I was hiding behind a tree. But JP nailed a tee shot just over the flag on the long, par-3 17th, had an amazing up-and-down to save par and birdied the 18th to win state. I told Keith it was one of the greatest bits of coaching I had ever seen.”

In 1997, while covering a Class 4A regional track meet at Union, Tulsa World writer Barry Lewis was surprised to see that one of the runners was Bixby sophomore Jenny Snider:

“I knew her family as fellow longtime members of Tulsa’s First Lutheran Church, but had no idea about her athletic talent. Snider and her teammates gave me quite a story as she was on the 1,600-meter relay team that won in dramatic fashion, also deciding the overall team title. Snider and her teammates also gave me an interesting lead — the Spartans had won despite not having a substantial practice facility or warmup apparel. I had never written about a member from my church, but she gave us more to report on over the next two years. In 1998, in the 300-meter hurdles, she became Bixby’s first girls individual state champion. In 1999, she was runner-up in a photo finish in the same race and came away that year with the Oklahoma-Arkansas Scholar Athlete Milk Mustache of the Year (SAMMY) award.”

Jenks tennis coach Ron Acebo on the Trojans winning a rewarding — and surprising — 6A state team title in 2017:

“What made it unique was how we won. Playing together for the first time, Nick Elias and Chris Lucas won the No. 2 doubles title. Scott Hjelm, who had had a horrible outing at state the year before, played lights out (to win No. 2 singles). GG Willbourn, who went 23-0 as a sophomore that year, fought through a very difficult (No. 1 singles) draw. (Lucas) had finished second at state with Reed Slick (in No. 2 doubles) the year before. (Elias) had played JV tennis for three years, but he kept competing and improving and made the most of his senior year. That was very fulfilling personally because I had coached him as a youngster. Edmond North had split their doubles teams, putting their best doubles player at No. 2. I wondered how (Elias and Lucas) would react to that, but they played some of their best tennis (in the championship match).”

Kassie Embrey, who took over as Broken Arrow’s girls soccer coach last summer, discusses guiding Booker T. Washington’s girls to a 5-3 win over Bishop Kelley in the 5A state final last May and a second straight state title:

“I remember thinking it was going to be a good game. Both teams deserved to be there. I was nervous about coaching against my former mentor (Kelley coach Troy Tokarchik). He has so many state championships, and he stays so calm in those situations. But it was a good ‘nervous.’ I guess if I had to pick one favorite memory, it would be the hugs from the players after the victory. I am not typically very affectionate, and I am usually not a hugger, but when they hugged me, it was like they were saying, ‘I forgive you for all the times you were hard on us. It was worth it.’”

“Joe was the hardest-working athlete I’ve ever known. He lived and breathed pole vaulting. We knew he was special when he was a junior in high school and got invited to a meet in Paris, France. I remember the electricity (at Western Heights) that day. People were everywhere, and they had come to watch Joe. We had two other good pole vaulters and he was coaching and cheering them on. He didn’t jump until everybody else was through. When our teammate, Mark Gatlin, went out at 14-6 to secure second place, Joe took one low jump to make sure he had won the meet and then immediately had the bar set up three feet (to 17-9½). Hundreds of people surrounded the runway as Joe stepped up to make his run. The stadium announcer stopped the entire meet and everything went quiet.”

Hilldale girls golf coach Oren Sikes said each of the Hornets’ four state team titles was special. But the first, at Lake Hefner Golf Club in 2013, was the most memorable because of the circumstances:

“We led defending champion Poteau by one shot after the first day, and the final 18 holes were canceled. We definitely weren’t the favorites, but our girls played better than we normally did and Poteau’s didn’t play as well. I’m pretty sure what would have happened if we had played the next day, but a front came through overnight and the weather was awful — freezing cold, rainy and with high winds. We sat around for three or four hours that morning, trying to decide what we were going to do. Finally, Poteau’s Hannah Ward won a one-hole playoff with Weatherford’s Darby Morgan for the individual title and that was the only golf played that day. Hilldale’s first state golf champs consisted of seniors Haleigh Cox and Courtney Cunningham, junior Paige Snyder and freshmen Katie Kirkhart and Kennedi Puckett.”

Jenks boys soccer coach Eric Marshall, on watching last year’s come-from-behind, 2-1 win over Union in the 6A final at the University of Tulsa. Christian Sosa’s winning shot in the 11th round of penalty kicks capped the Trojans’ 18-0 season:

“I’ll remember it for a very long time. We had feelings of desperation when we fell behind so close to the end (on a goal by Union’s Rylan Franca with 10:32 left in regulation). But we played to the end, and Andres Quintero’s header (with seven minutes left) got us into overtime. Andres didn’t start the match, but we had subbed him in about 10 minutes before he scored. Starting overtime, I knew we were headed to penalty kicks because both teams had spent so much energy and I didn’t think either would score in the sudden-death periods. When it was over, people swarmed the field and I didn’t know where I was supposed to be. I was trying to find my wife and daughter and son and I missed my TV interview.”