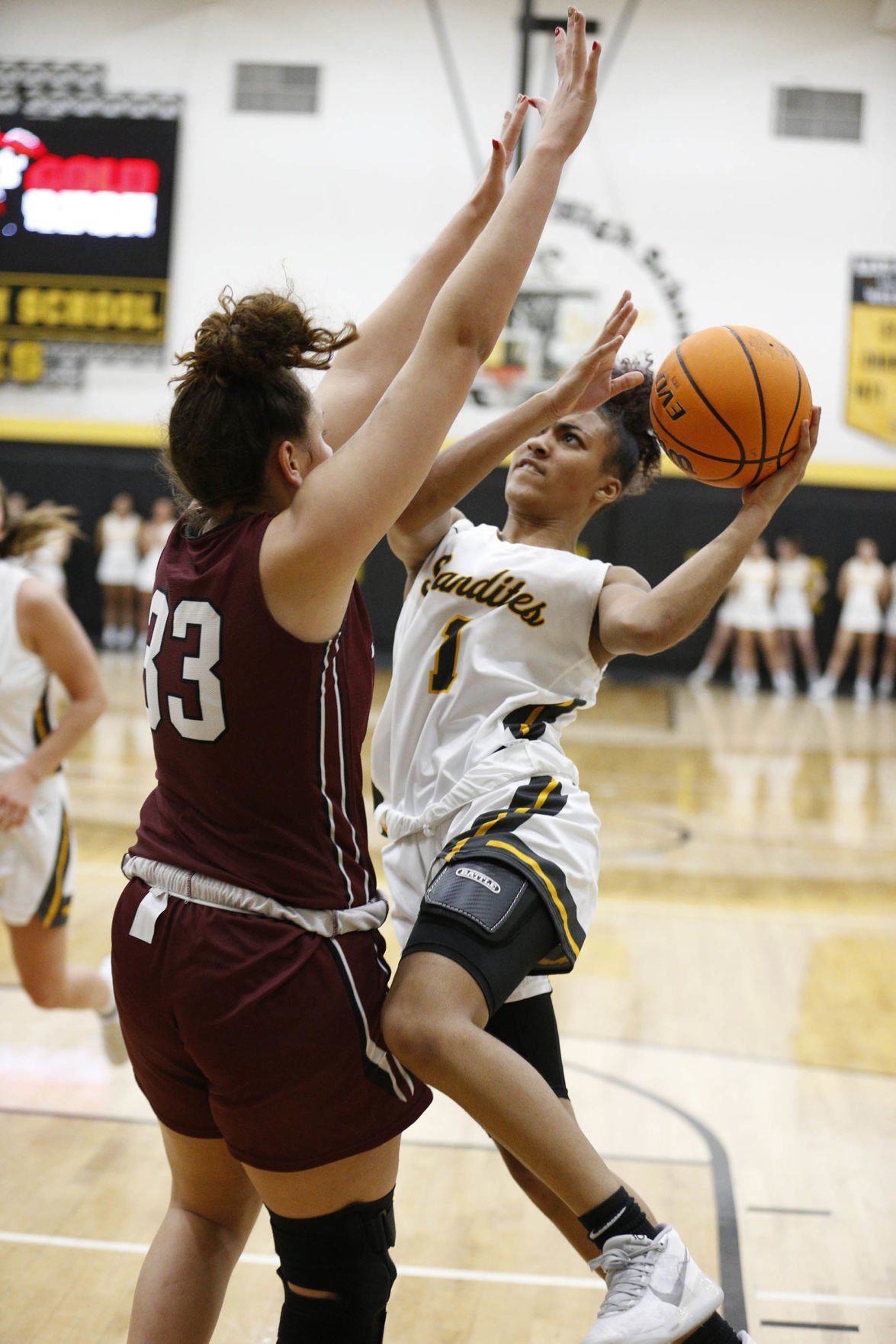 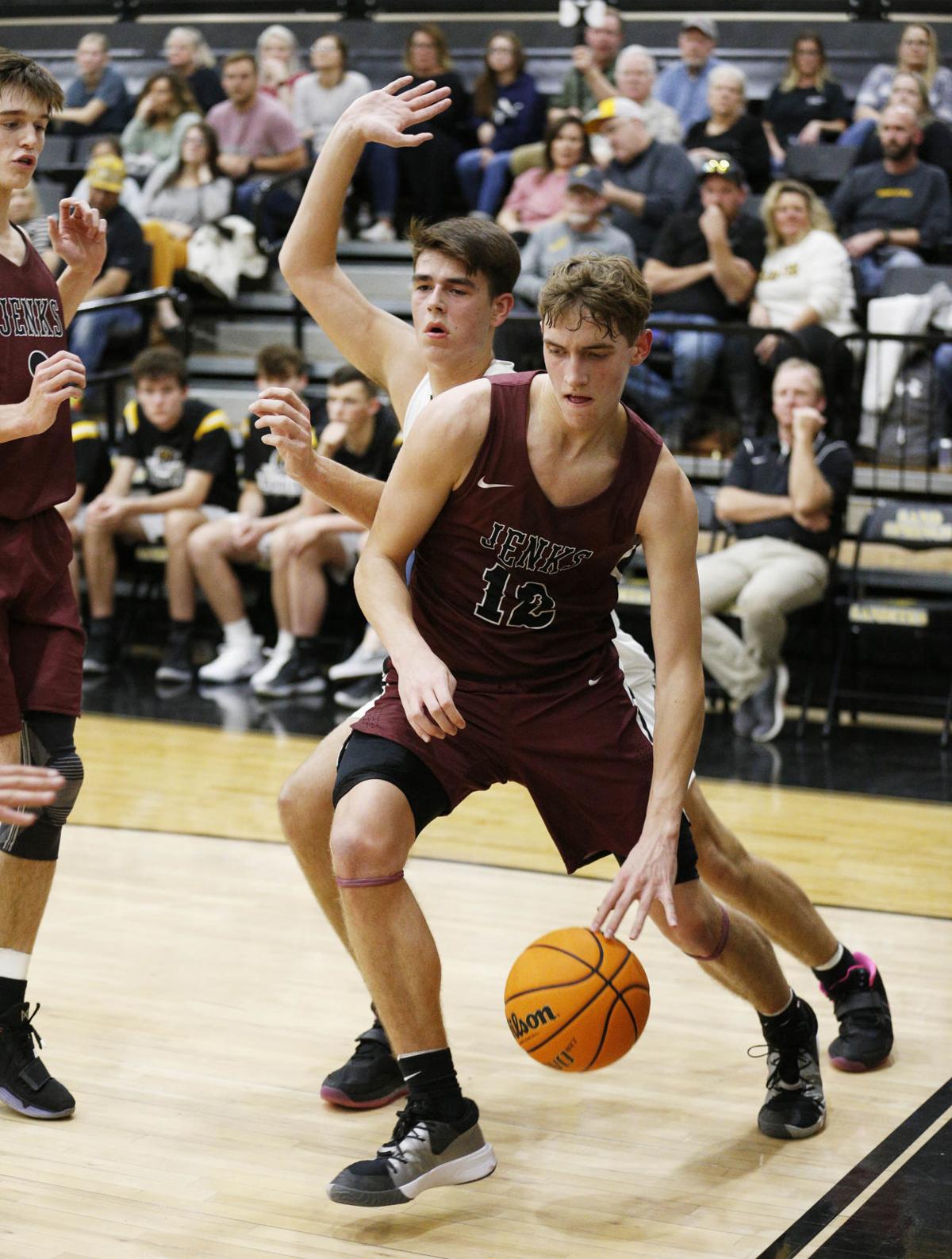 SAND SPRINGS — It’s not the greatest habit to have, but at least the Sand Springs girls know they can rally from behind when they have to.

For the second time in four days, the Class 6A 10th-ranked Sandites overcame a double-digit deficit. Journey Armstead scored 25 of her career-high 31 points in the second half as the Sandites rallied past No. 17 Jenks 56-46 Tuesday night before 800 spectators in Ed Dubie Fieldhouse.

Last Saturday, the Sandites made up a 15-point deficit and won at Ponca City 52-51 on Armstead’s basket with three seconds left.

“I think it’s just the nature of our team,” Sandites coach Josh Berry said. “The good thing is right now we’re finding different ways to win ball games and stay in (contention). Different people are stepping up every night in key moments.”

Jade Shrum played solid defense and Bayleigh Cheney provided six quick points off the bench in the second quarter as the Sandites fought out of a 20-8 hole. Cheney had two key fourth-quarter 3-pointers in the win at Ponca City.

Hailey Jackson added 10 points, four rebounds and three steals, and Madison Burris had seven points and eight rebounds as the Sandites improved to 9-2 overall and 2-1 in league play.

Ellis had eight points in the first quarter and Jenks got off to a 15-6 start while Sand Springs struggled from the field. The deficit grew to 12 before Burris’ 3-pointer ignited a comeback.

The Sandites pulled to within 22-21 at halftime and took their first lead since 6-4 when Armstead’s two foul shots put them up 28-26. Armstead, who moved from East Central after earning all-conference honors as a freshman, scored 15 third-quarter points, hitting three 3-pointers.

“Sometimes I get warmed up in the first half and I can show my game in the second half. Coach told me to keep shooting, but I couldn’t do it without my teammates,” she said.

The Sandites are trying to rebuild after losing premier elite seniors who led them to the state tournament three straight years. Berry, in his first year at the helm, said Armstead fits in well with her new teammates.

“She’s a special player and I think she fits in well with this group,” he said. “She has a lot of things she can get better on and that’s the beauty of her — she’s not all the way finished. I would say she’s reached only 40% of her potential. She’s gonna be fun to watch her growth over the next two or three years.”

Ike Houston’s layup with 1:42 left gave Jenks a 54-53 lead and he added two clinching free throws with 12 seconds left as the Trojans gave the Sandites their first loss in 11 games.

“It was a great ballgame between two really good teams,” Jenks coach Clay Martin said. “It was a game of runs and luckily for us we had the last run. Ike, who had struggled most of the night offensively, was a big cog in that last run when we switched defenses.”

Benjamin Averitt scored 14 of his game-high 17 points in the first half for No. 8 Jenks (7-1) and Anfernee Nelson added 16. Marlo Fox and Jaden Hurt scored 13 each for the No. 6 Sandites.

For the second time in four days, the Class 6A 10th-ranked Sandites overcame a double-digit deficit. Journey Armstead scored 25 of her career-…