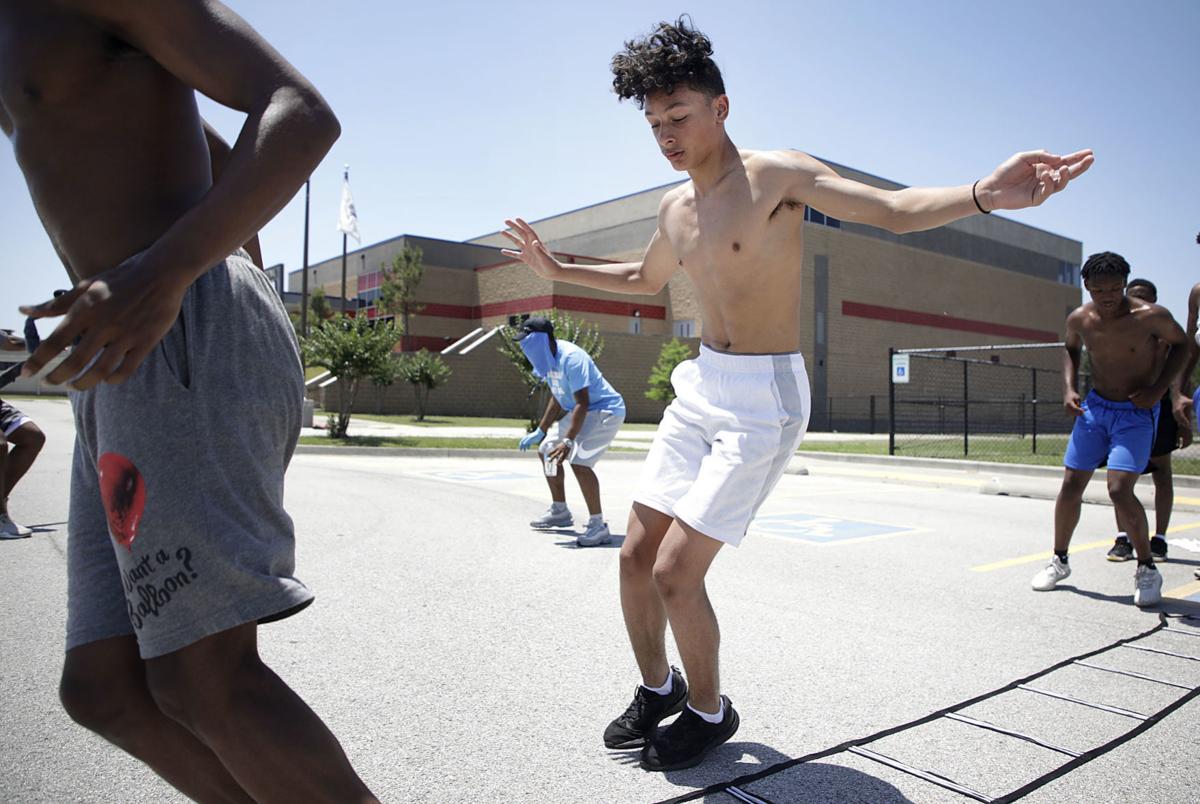 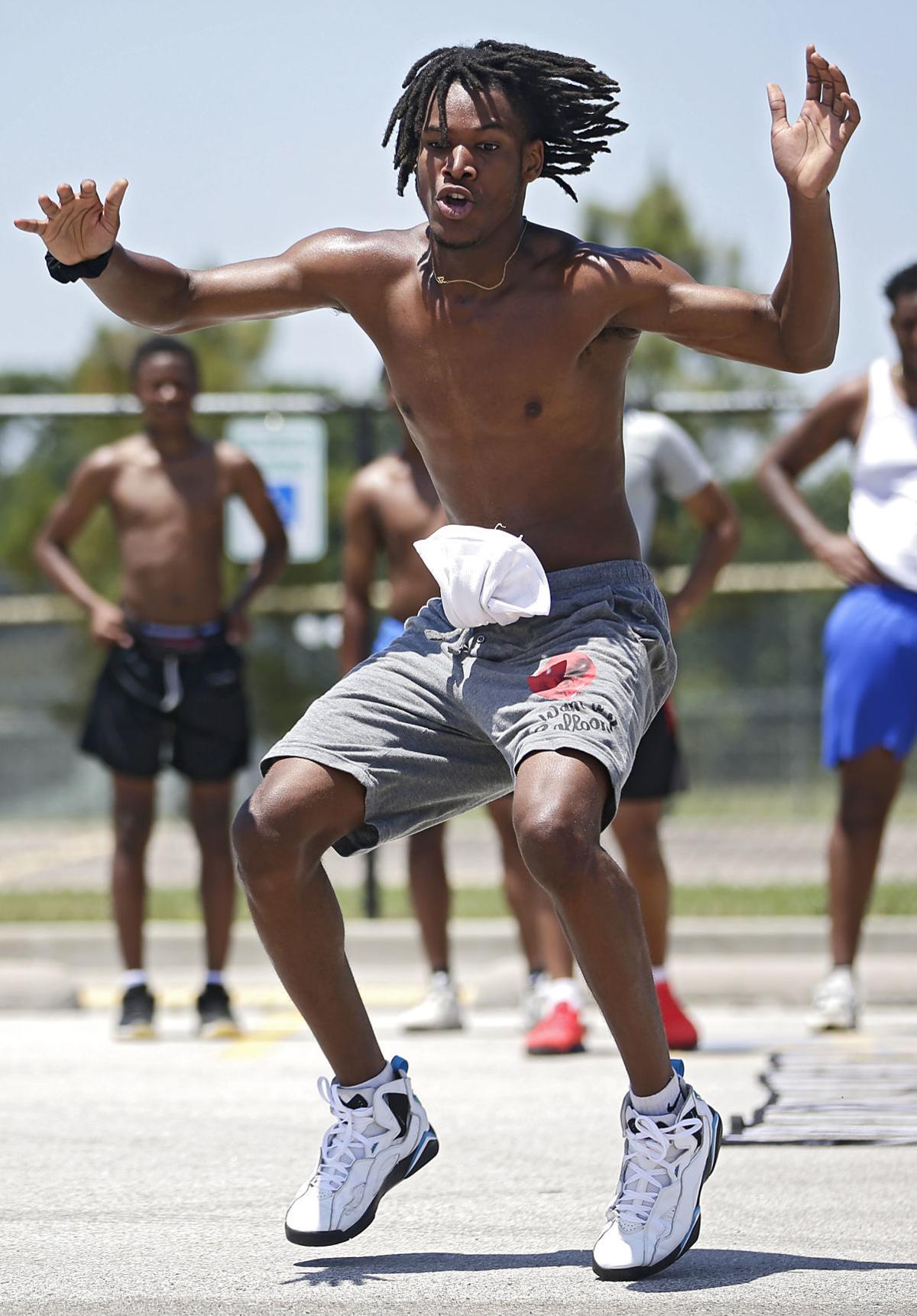 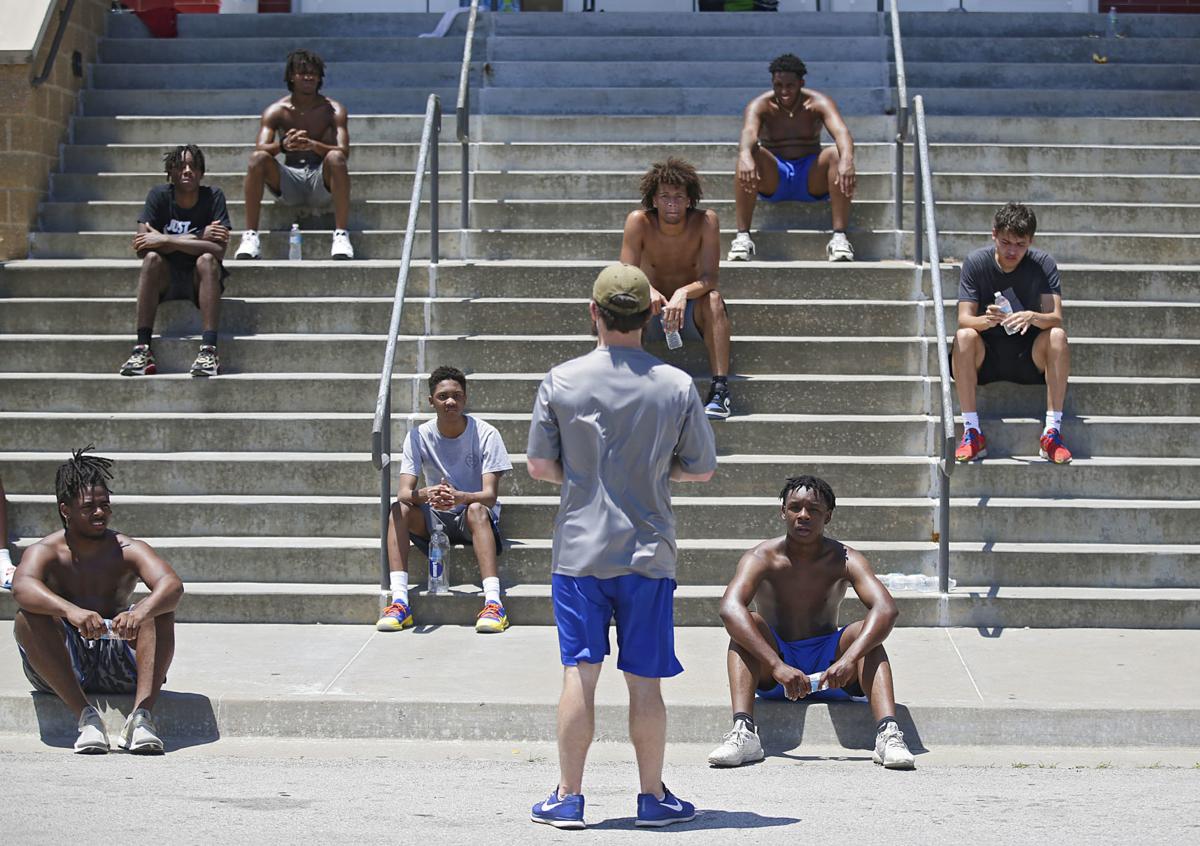 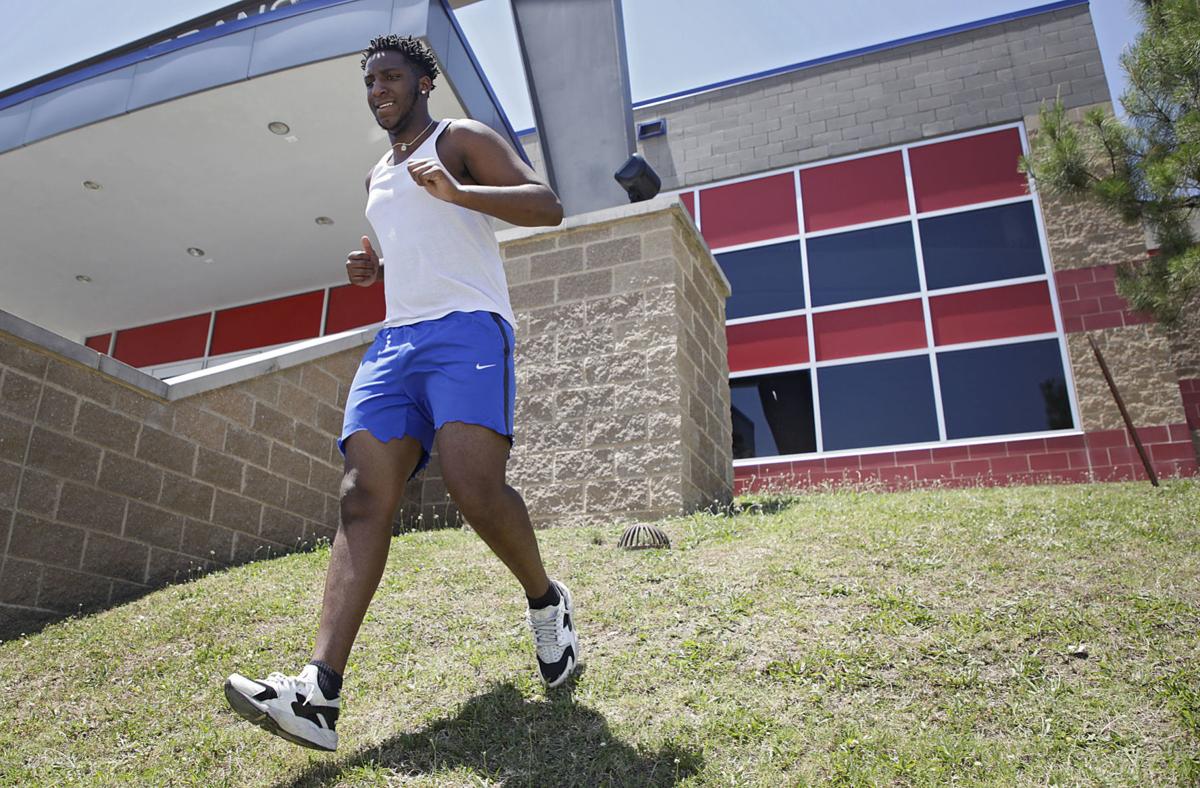 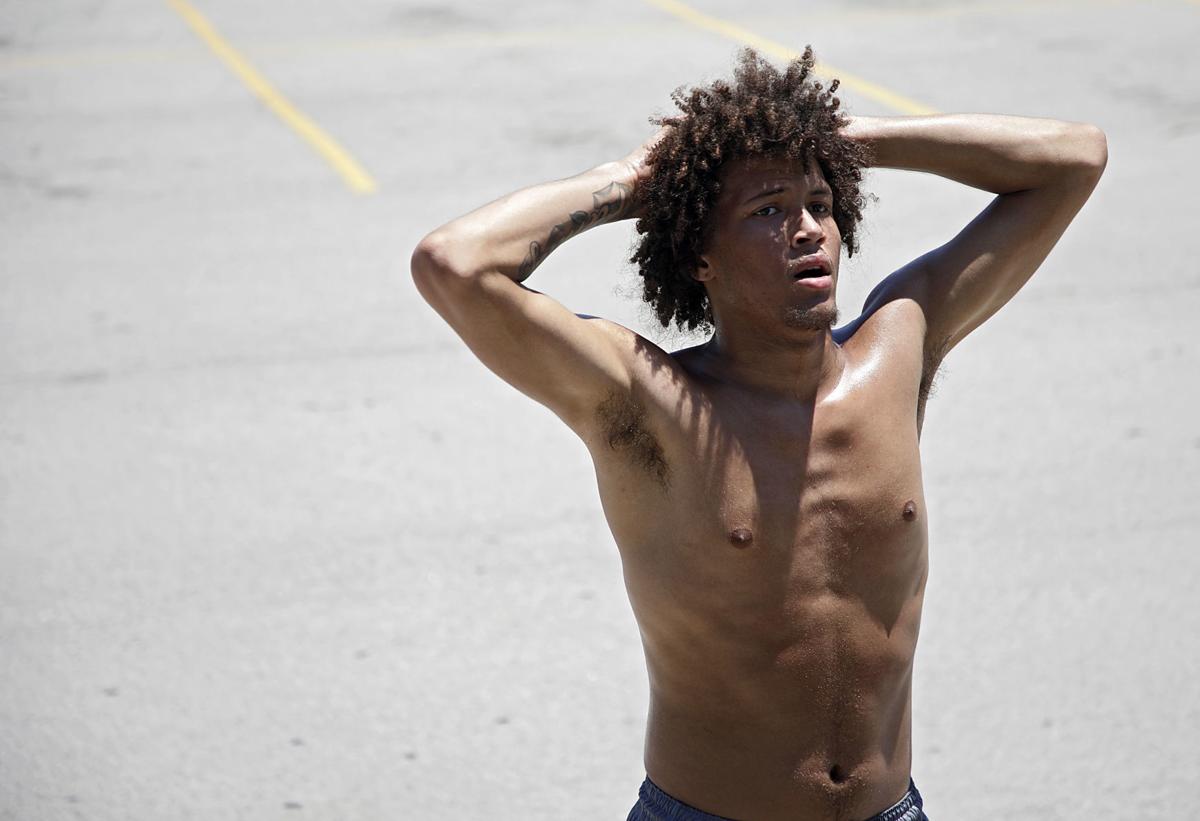 Oklahoma’s high school sports shutdown due to the COVID-19 pandemic began March 12 while a few basketball teams were gathered in the parking lot outside of Memorial Veterans Arena. The Class 6A boys state tournament was about 90 minutes away from starting.

Memorial was one of those teams, about to travel to Skiatook for the 5A tournament. For the first time since that day, the Chargers were back together Tuesday — in the same parking lot.

With athletic programs resuming activities, the three-time defending state champion Chargers conducted their first workout outside with conditioning drills under the protocols and guidelines established by Tulsa Public Schools.

“I’m very excited to get back and work,” junior guard Ty Frierson said. “I was all mad then (when the state tournament was canceled) but now I’m ready to get back, put that in the past.

“The three months have gone by slow to me; I want to get back in that gym.”

But that will have to wait for a couple of weeks.

With the temperature in the 90s, there was plenty of water and fruit for the players — and sanitizers.

“All this is about getting back around each other, loving on one another and showing we care about each other and care about basketball, and we love this family that we have,” Sturdivant said. “I’m super excited to be back out here, getting to see the boys again and try to get back to some normalcy in life and get back in a rhythm.

“The workout today is setting the tone for the season. If you’re willing to sweat in this hot sun, you’ll be OK being on the court in October and November. This is just beginning the new future, the new reality.”

All things considered, the Chargers appeared to be in good condition after the shutdown.

“I went outside trying to find courts to go play at and stay in shape, eating healthy,” senior Juwan Provitt said. “I’m looking forward to my senior year and know we can get back to state if we put in the work.

Seth Pratt, who set a Memorial record for 3-pointers last season, returned two inches taller (at 6-foot-3) than he was last seen three months ago.

“I worked out every day and try to run every day,” Pratt said. “I’m excited to see my teammates.”

Inside the arena is a time warp. Memorial’s packed travel bags from March 12 are still in there, as well as the scouting report on the board for that day’s scheduled quarterfinal opponent, Lawton MacArthur.

Head coach Bobby Allison was excited to see that most of his players reported for the workout.

“I’ve missed this,” Allison said to his players as the workout ended. “It’s a blessing to be back here today.”