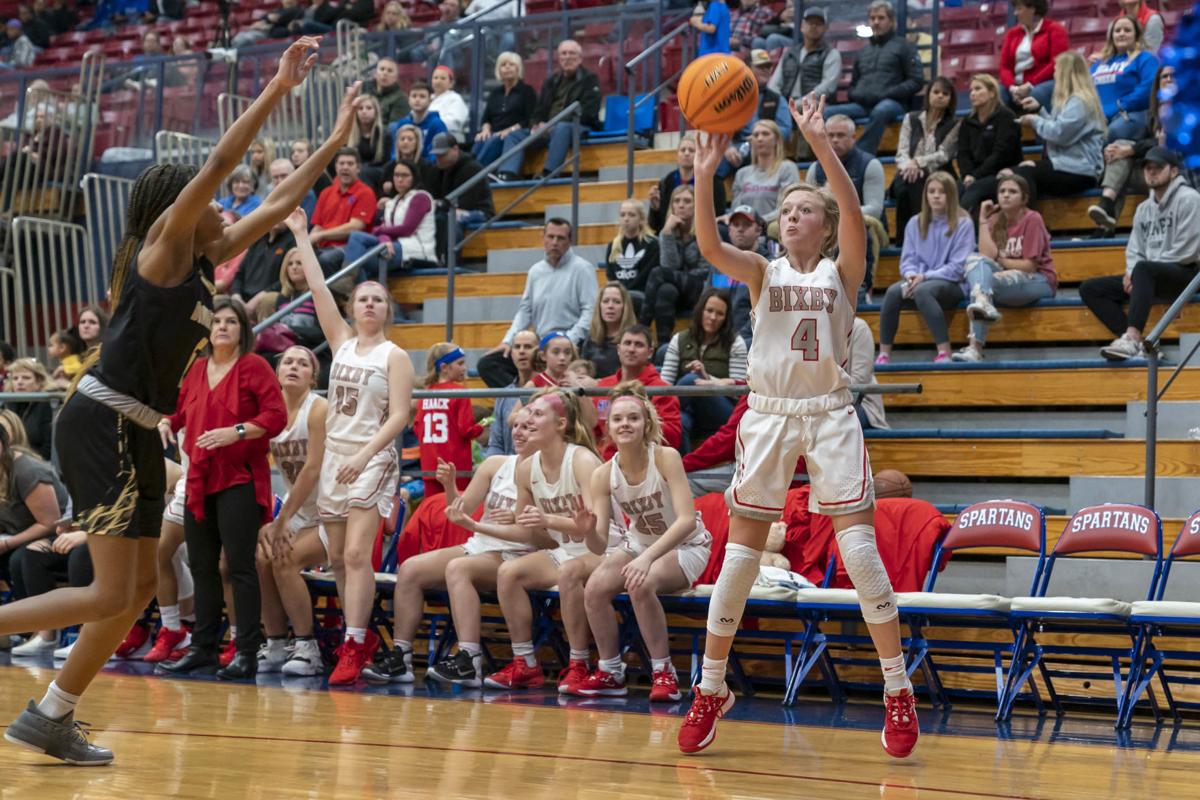 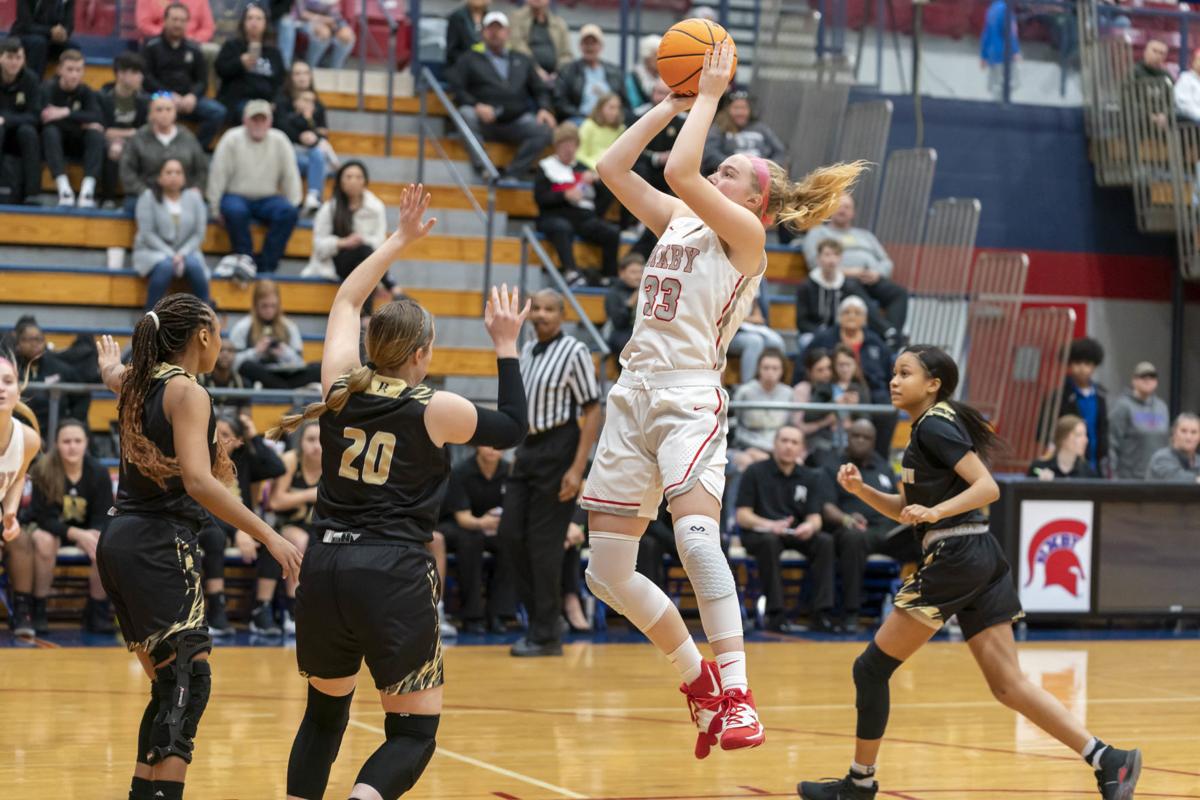 Four freshmen combined to score 45 points Tuesday and the 6A No. 14 Spartans exploded past Broken Arrow 72-35 in Frontier Conference play before about 400 spectators in the Whitey Ford Sports Complex.

“It was our first home game, so we had a lot of energy and we were really excited to play,” freshman guard Gentry Baldwin said.

Baldwin made a career-high five 3-pointers and scored 17 points as the Spartans led from start to finish. Alyssa Nielsen, another freshman, added 12 points and yet another, Gracy Wernli, scored 11, going 3-for-4 from behind the arc. As a team, the Spartans were 11-for-24 from 3-point range.

Bixby started the game with eight straight points and led 18-9 after one quarter. Broken Arrow closed the deficit to one at 18-17 in the second quarter, but Baldwin and Wernli followed with two 3-pointers each in a 13-0 run that gave the Spartans a 34-19 halftime lead.

From there, the lead kept growing and Bixby led 52-29 after three quarters.

“We were definitely zoned in,” said the 5-foot-9 Nielsen, who worked inside and went 6-for-10 from the field. “Our whole team was ready to play. We couldn’t wait to get into the gym.”

Meredith Mayes, one of three other Spartan players with five points, is yet another member of a freshman class that was a combined 33-0 as seventh- and eighth-graders the past two years.

“I would say it’s something to talk about,” Baldwin said.

Bixby improved to 7-6 while capturing its first Frontier Conference win after December road losses to league-leading Booker T. Washington, Sapulpa and Union. Don’t be misled by the rocky record. Their other losses were to 6A-ranked Edmond North and Putnam West and 5A No. 1 Piedmont.

Jada Hytche made three 3-pointers and scored 16 points to lead the visiting Tigers, who fell to 6-6 overall and 2-2 in league play.

George McCurdy scored 13 and Ian Golden added 11 as the Tigers (12-1, 4-0) bounced back impressively from its first loss of the season, to Edmond North in the final of the Skiatook Invitational last weekend.

Four freshmen combined to score 45 points Tuesday and the 6A No. 14 Spartans exploded past Broken Arrow 72-35 in Frontier Conference play befo…