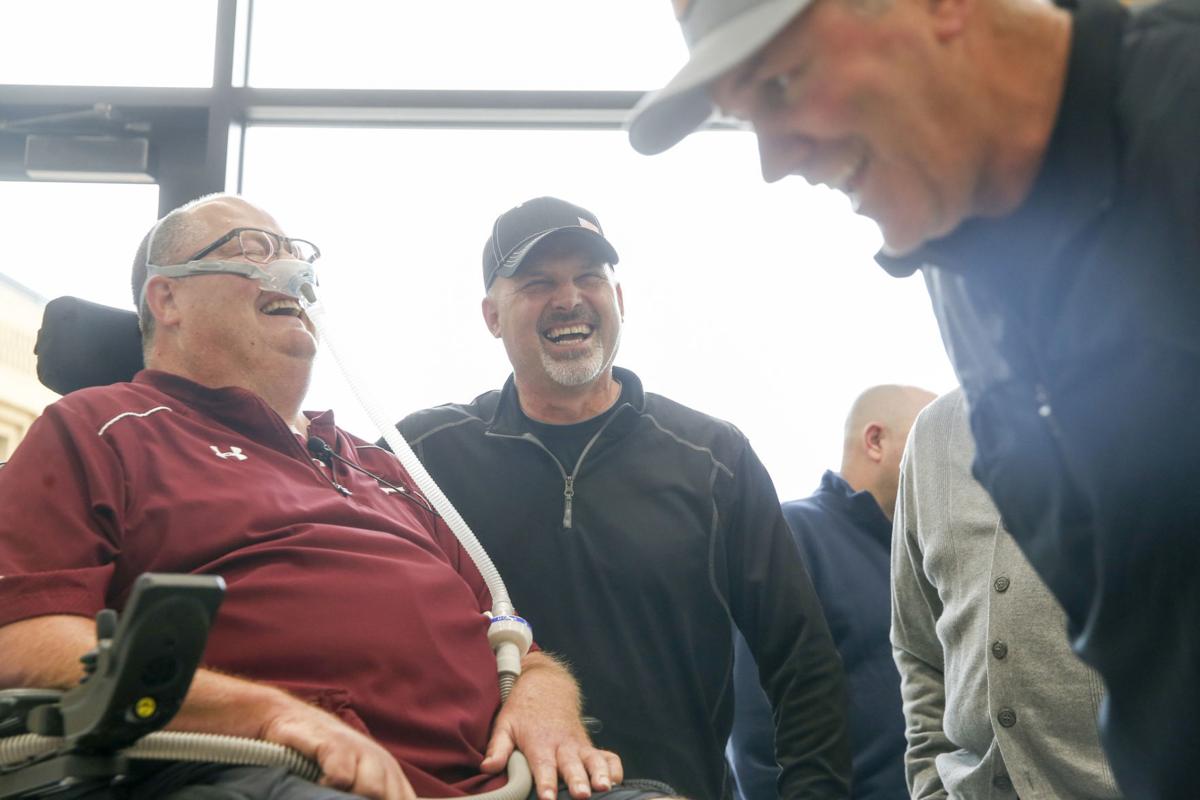 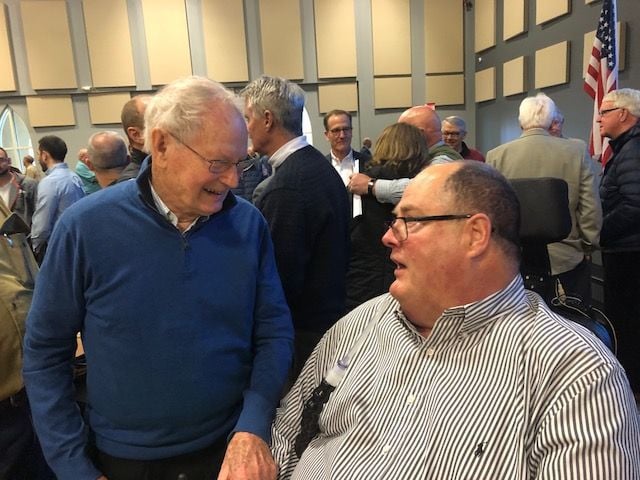 It was early in the evening on July 7, 2016, and I was at ONEOK Field before a Tulsa Drillers game preparing for an interview with Baseball Hall-of-Famer Tommy Lasorda.

But I was more focused and concerned about talking with another sports legend that night.

There had been stunning rumors floating around that Jenks football coach Allan Trimble had been diagnosed with ALS — amyotrophic lateral sclerosis — also known as Lou Gehrig’s Disease. Trimble, with an OSSAA record 13 state football titles as a head coach, was preparing the Trojans to go for a fifth consecutive championship.

In 30-plus years of journalism, I had never had to ask anyone before if they were suffering from an incurable disease. It was a rare time as a sportswriter when I was nervous before making a phone call — both about how to ask the question and whether the rumors were true.

However, knowing Trimble, I shouldn’t have been nervous about how he would react, as I realized as soon as he answered the phone.

“What’s going on?” Trimble said cheerfully as he responded to my greeting. It was as if we were getting ready to talk about the upcoming game.

Trimble confirmed that he had ALS, but he would continue as Jenks coach (for two more seasons as it turned out) and proceeded to give a great interview, as usual. (I always thought he would have been an excellent game analyst if he ever had wanted to go into broadcasting.) He analyzed the situation he faced with ALS like he would any opponent.

“It’s a gut punch,” Trimble said about the disease that would result in his death Sunday at age 56. “But now it’s time for me to practice what I’ve preached to my players for 20 years and overcome adversity when you face it.

“When something like this happens, it makes you focus on what’s important. I’m in good spirits.”

And then the next day he contacted me with an invitation to an evening of support for public servants and prayer. And it wasn’t surprising that there was a capacity crowd at Jenks’ Frank Herald Fieldhouse for the event.

The night he revealed the ALS diagnosis wasn’t the only time he was gracious to me in a situation that could have easily been very awkward. Although I had a few brief encounters with him previously during his coaching career, we really didn’t know each other until I became the World’s high school sports lead writer in 2004. I wondered how a coach of his stature would accept me when I went out to Jenks during a steamy August day at the start of fall practice. But he quickly greeted me like we were longtime friends and started asking me about the Drillers.

Trimble was an intense competitor, as are most successful coaches, but in interviews after Jenks wins he was never too high — even after last-second, long TD passes that beat Union — or after losses too low. As he often said, “there’s more to life than football. It’s important, rings are awesome but...”

I often saw Trimble do tasks that you would think would be relegated to an assistant. World sports writer Mike Brown saw an example of that as he remembered covering a Trojans semifinal playoff win at Moore in 2013:

“I hope this story speaks to Allan’s level of humility. Jenks had just beaten Westmoore 46-14 and I was desperate to get a quote from him, but he was nowhere to be found. I talked to several players gathered around the locker rooms and more than one coach. Finally, somebody said, ‘He’s probably down at the other end of the stadium, bringing one of the team buses up this way.’

“Until then, I didn’t know that Allan routinely drove a bus on road trips. Sure enough, I found him behind the wheel, moving slowly in a procession of buses making their way around the stadium. He opened the door for me to jump on board and I interviewed him as he continued driving. Yes, Allan was a great man, but he wasn’t so great that he was above doing such an unglamorous but necessary task.”

Like many successful coaches, he could make daring decisions or give the freedom to his players on the field to do so. It’s perhaps fitting that in the last game played in Allan Trimble Stadium during his lifetime, that Poteau’s winning drive Friday during the Class 4A semifinals against Wagoner was ignited by a fourth-and-1 fake punt deep in Poteau territory. That’s also how Jenks won the 2014 state final against Union.

When assistant editor Patrick Prince asked World sports writers recently for the most memorable moments from our jobs in 2019, two that immediately jumped into my mind involved Trimble.

The first came in January during a luncheon at Asbury United Methodist Church.

Although Trimble said that “my diaphragm is getting pretty weak” due to ALS, it didn’t keep him from giving a powerful message that riveted a capacity crowd. He was introduced by Owasso and former Union coach Bill Blankenship — they were on the opposing sidelines for many classic games. Trimble, while admitting he didn’t know how much longer he would be able to give public talks, drew laughs when he said that the diagnosis was “worse than getting beat by Union.”

Trimble spoke for about 45 minutes that day.

“Find every excuse you can to celebrate everything you can,” he said. “Enjoy the simple things, live today like it’s the first day and last day of your life, and take nothing for granted. Again we are all on an eternal journey, so soak up every moment with an eternal perspective. It’s not the duration of your life but the donation of your life. At the end of the day, lay down your pillow at night and focus and say a thankful prayer on how you’re able to honor God with your actions.”

In late March at Holland Hall, his former coaches, organized by Lincoln Christian’s Darren Melton, gathered for a reception for him. Trimble predicted to me a few days earlier that it “would be a cool and sentimental day,” and it was.

“I’d like to say I’ve got a great eye for talent but the Lord just blessed me with bringing so many great people into my life,” Trimble said.

My last question to him brought out another example of the humor he often injected into our interviews. Trimble said with a big smile after I asked him what he would say to anyone considering a coaching career, “I’d go sell cars (he was joking). It’s a wonderful career, because you get the opportunity to mentor people. If you enjoy people and enjoy leadership, and enjoy working 70-to-80 hours a week for not much money, I’d say go for it.”