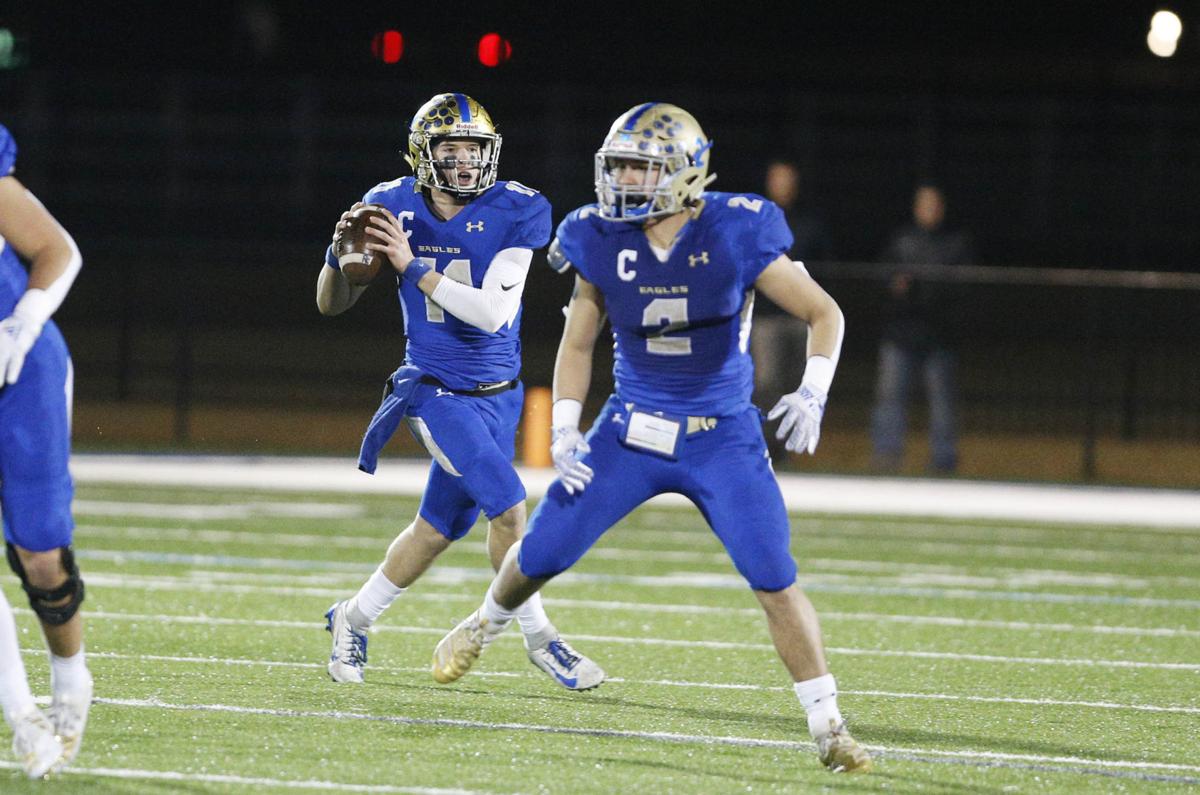 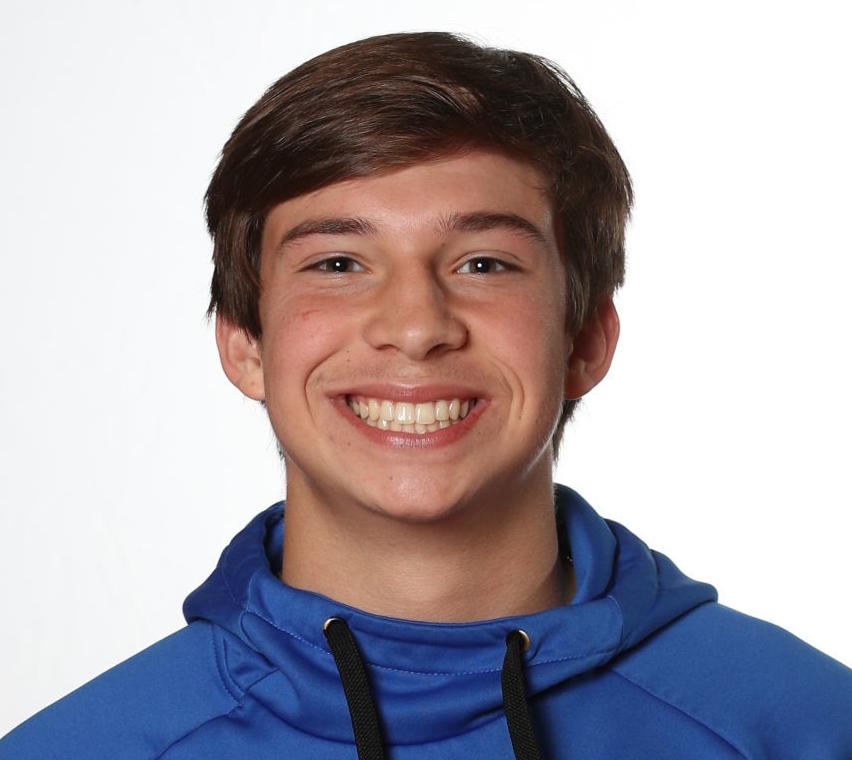 Earlier in the decade, Rejoice Christian’s Brent Marley and Mustang’s Lee Blankenship were opposing coaches during some intense district football games when they were at Victory Christian and Beggs, respectively.

Last Friday, however, Blankenship gave Marley and his team a helping hand en route to 47-28 win in the Class A quarterfinals at Thomas.

“It was a 3-½ hour trip to Thomas, we hadn’t a long trip all year,” Marley said. “So to break it up on the way there, he (Blankenship) offered to let us have our walk-through for the game at their stadium in Mustang and also arranged for us to eat at the Mazzio’s where they eat. We appreciated the hospitality.”

Senior quarterback Riley Walker added, “It was real nice to get off the bus at that time.”

That was part of an interesting trip for Rejoice (13-0), which will take another bus ride this Friday as the second-ranked Eagles will face No. 6 Ringling in the semifinals at Noble.

For the first time this season, Rejoice trailed in the second half, 28-27, after seeing a 20-point lead slip away quickly. It was the second consecutive week that Thomas roared back from a big deficit, after being down 24 before rallying past Minco 47-45 in the second round.

“Our kids embraced the adversity and never looked back,” Marley said.

It’s in those type situations, especially playing on the road in a tradition-rich town with a full stadium, where it helps to have an experienced quarterback such as Walker, who is 36-3 in three years as a starter.

“It was a real test for us,” Walker said. “It was an awesome, crazy atmosphere that I had never experienced anything like that before. They love their football there.

“I knew we needed to stay cool and just worry about the next play, just take it play-by-play and win the next play.”

And that’s what Rejoice did as Nate Anderson regained the lead on a 34-yard touchdown run, Walker fired a 68-yard TD pass to Clint Hurst and Anderson added a 16-yard TD run.

“To go through something like that will help us in our next games,” Walker said.

Rejoice’s offense will face its toughest test of the season as Ringling (11-1) has nine shutouts.

“They will be the best team we’ve played this year,” Marley said.

Poteau senior noseguard Vaka Tuifua was a strong pass-rushing and run-stopping presence in a 7-3 win over Wagoner in the Class 4A semifinals Friday at Jenks. Wagoner was held to 107 yards in its lowest scoring output since a shutout loss to Oklahoma City Douglass in the 2009 quarterfinals.

Wagoner coach Dale Condict, who has won four state titles, is impressed by the 6-foot-2, 315-pound Tuifua, and has some advice for the University of Tulsa.

“Their big noseguard is a tremendous player, really it all starts with him,” Condict said. “He creates a situation where you have to change a lot of your blocking schemes, just to try to double-team him on a lot of stuff, so it made it very difficult for us and they have a lot of players around him, too.

“If TU can’t find a place for that guy on the roster, then they ought to win a lot of games next year. What else do you have to do to get a Division I offer, the guy is unbelievable. He’s one of the best I’ve ever coached against, that’s how good he is.”

The win over Wagoner was especially satisfying and emotional for Poteau quarterback Easton Francis, who had a big game against the Bulldogs in the 2017 playoffs but was stopped on the final play of overtime. Poteau lost in the 2018 semifinals to Tuttle, also at Jenks.

“I cried after it (Friday), it’s touching,” Francis said. “I’m just excited to play for the title.”

Sixth-ranked Davenport breezed into the Class B semifinals with a 54-0 mercy-rule victory over Pioneer on Friday night. The Bulldogs totaled 334 yards of total offense and limited Pioneer to only 70 yards on offense.

“We are playing our best football at the right time,” Davenport coach John Greenfield said. “We got Jaxon Walker and Cal Harelson back last week. We are healthy and at full strength.”

Tyler Harrison scored a pair of rushing touchdowns (82 and 4 yards) for the Bulldogs (11-2), and Carson Funk added scoring runs of 8 and 16 yards. Cole Yancey also had two touchdowns — a 58-yard punt return and a 2-yard run.

It’ll be Davenport’s sixth straight trip to the semifinals.

“I’ve been blessed with good young men that love football,” Greenfield said. “It makes my job as a coach very easy and makes me proud to be a part of the run.”

The Bulldogs will face second-ranked Shattuck on Friday at Southwestern Oklahoma State in Weatherford.

“Pioneer was a big win and gives us another shot at Shattuck and getting to the championship game again,” Greenfield said. “To be the best, you have to beat the best.”

Ben Johnson, for the Tulsa World, contributed to this column.