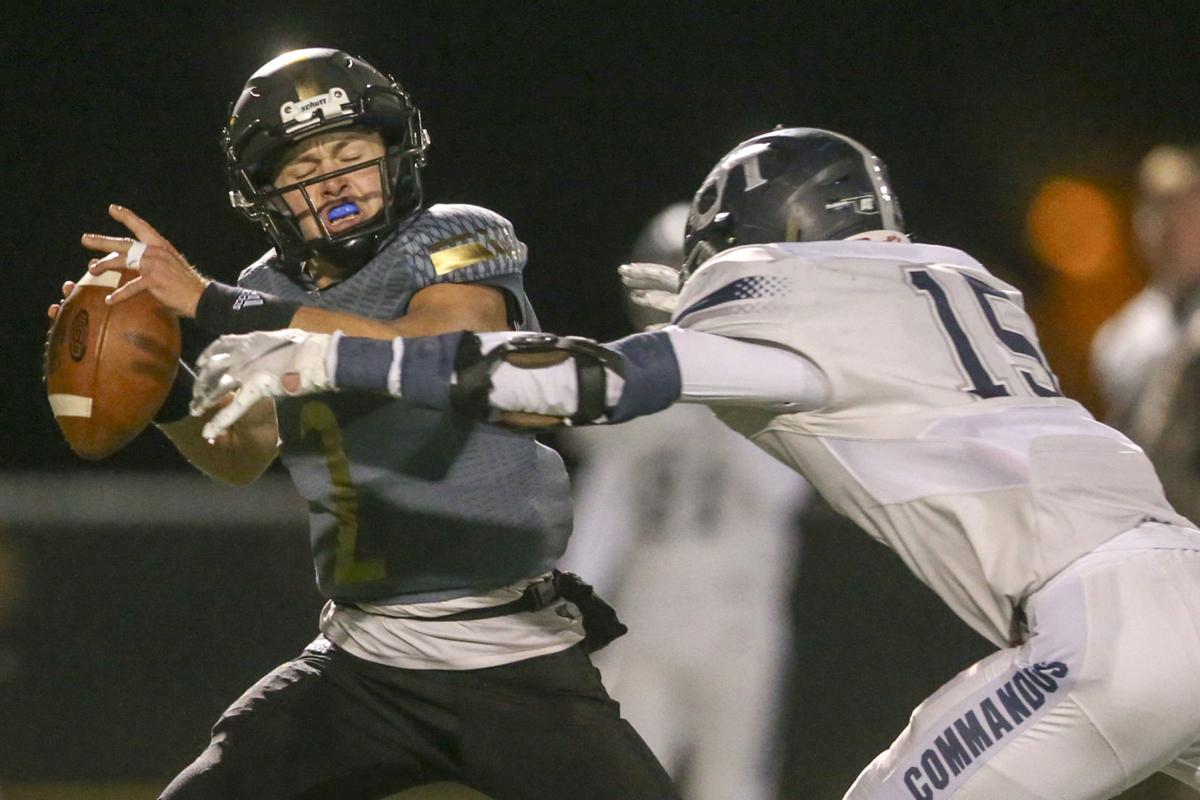 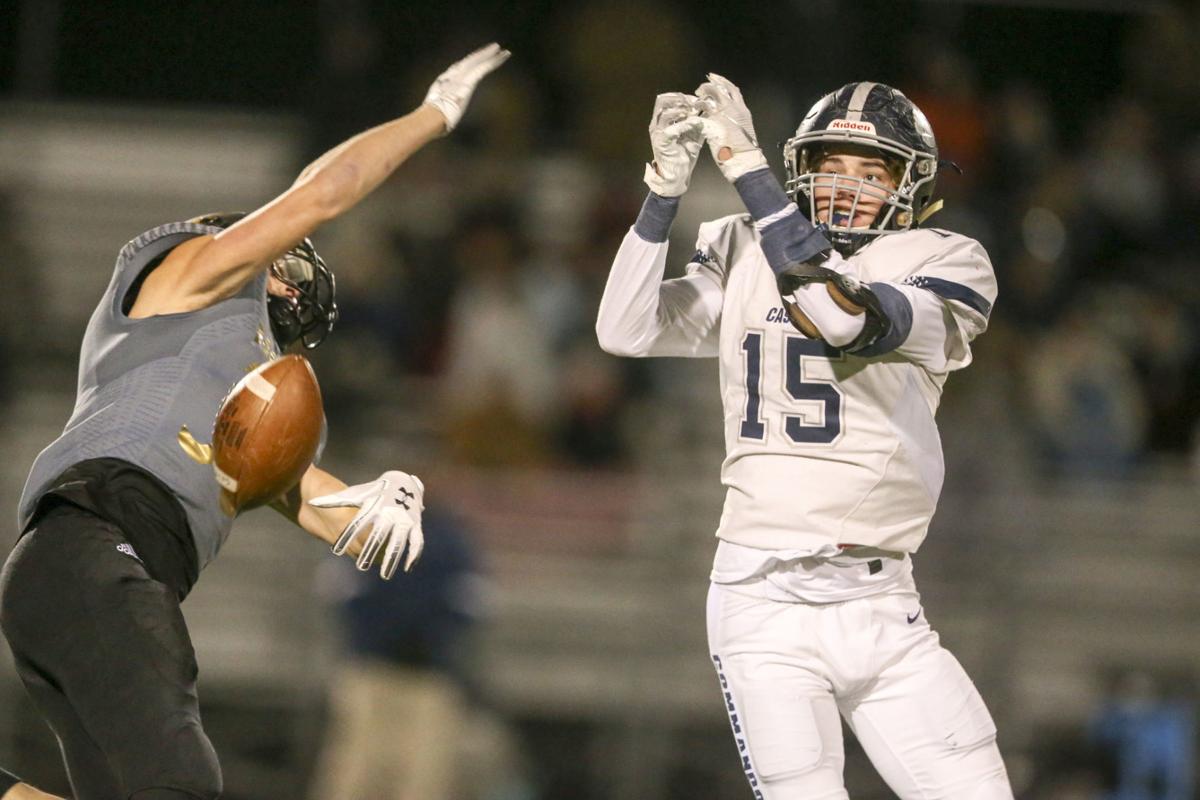 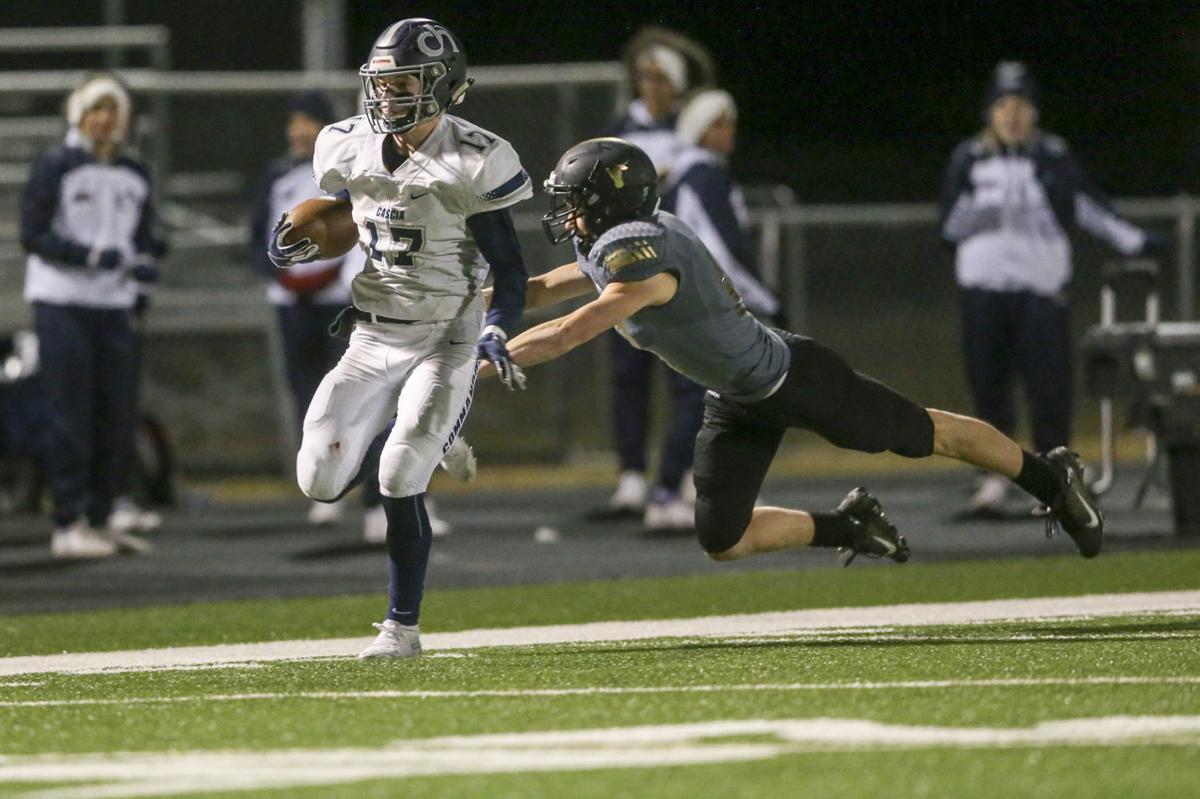 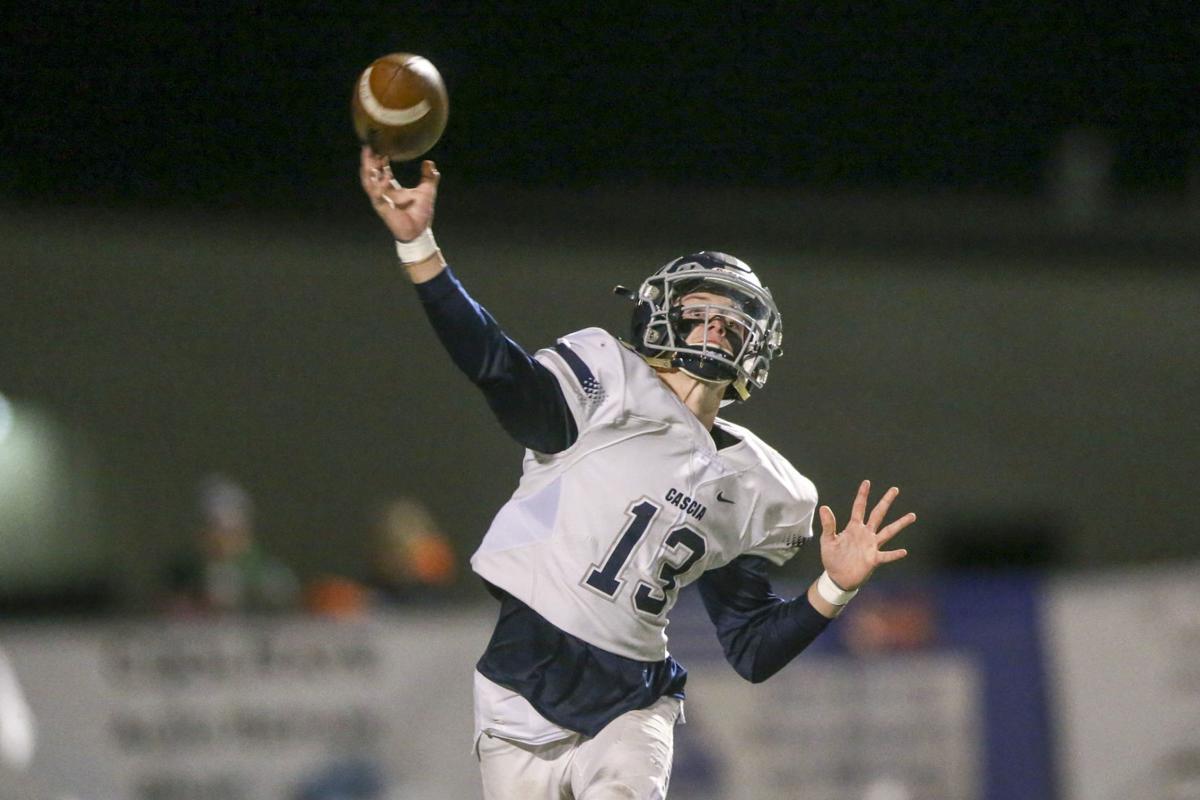 The Class 3A No. 10 Commandos excelled in all three phases of the game — offense, defense and special teams — in scoring the first 42 points of the game before settling for a 42-7 victory against Inola in a District 3A-4 matchup at Longhorn Stadium.

Cascia Hall (7-3, 6-1) now awaits the result of the Berryhill-Verdgris showdown Friday to see who wins the district title. Depending on that result, the Commandos could finish second in the district, which would mean they would be a host team for a first-round playoff game.

“Three weeks ago after we lost to Berryhill, we said that we wanted to finish the season 3-0 so that we would be ready for the playoffs,” Zach Uhren said.

Uhren was just one of several Commandos who came up big against the Longhorns (6-4, 4-3).

He caught two touchdown passes from quarterback Jaxon Henderson, a 76-yarder in the first half and a 15-yarder for Cascia Hall’s final TD in the third quarter.

Uhren also had a 54-yard punt return in the second quarter to the Inola 1-yard line. Teammate Dylan Wilson bulled into the end zone one play later for one of four TDs in the quarter for the Commandos.

Flynn Sage got Cascia Hall rolling early, intercepting a pass by Inola quarterback Landon Prows — one of three interceptions by the Commandos defense — and returning it 23 yards to the Longhorns 15.

He then finished off the Commandos’ ensuing drive two plays later by taking a handoff and going around the left side untouched from 3 yards out for a TD with 4:39 remaining in the first.

After Inola turned the ball over on downs on its next possession, Sage scored his second TD, on a 55-yard pass over the middle from Henderson for a 14-0 advantage in the opening minutes of the second quarter.

Besides having a 246-yard, three-TD night passing, Henderson contributed as the Commandos punter.

After his 37-yard punt was downed at the Longhorns 1, the Commandos defense scored a touchdown two plays later. Cascia Hall’s Patrick Pixley intercepted a pass in the end zone while Prows was scrambling to evade a rush, and the TD gave the Commandos a 28-0 lead with 2:12 to go before halftime.

“Henderson and Uhren are two of the most complete football players in all three phases of the game to have played at Cascia Hall in quite a while,” Commandos coach Joe Medina said of the two seniors.

Inola’s only points came on a 77-yard TD run by Jace King in the fourth quarter.

The Longhorns finished with just 76 net yards rushing, as Prows was tackled for losses on several occasions while trying to pass.