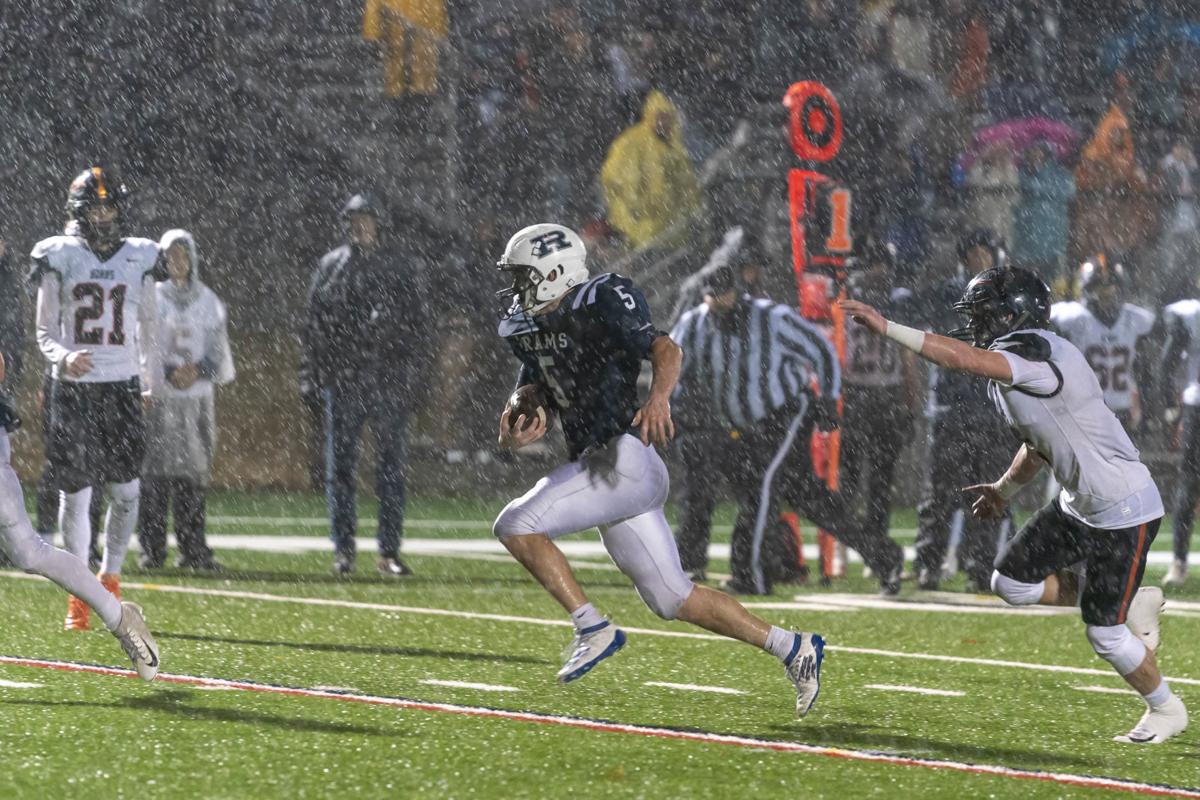 Regent’s Will Gilbreath (middle) runs up the middle for a touchdown against Alex in a Class B quarterfinal game Friday. TIM CAMPBELL/for the Tulsa World 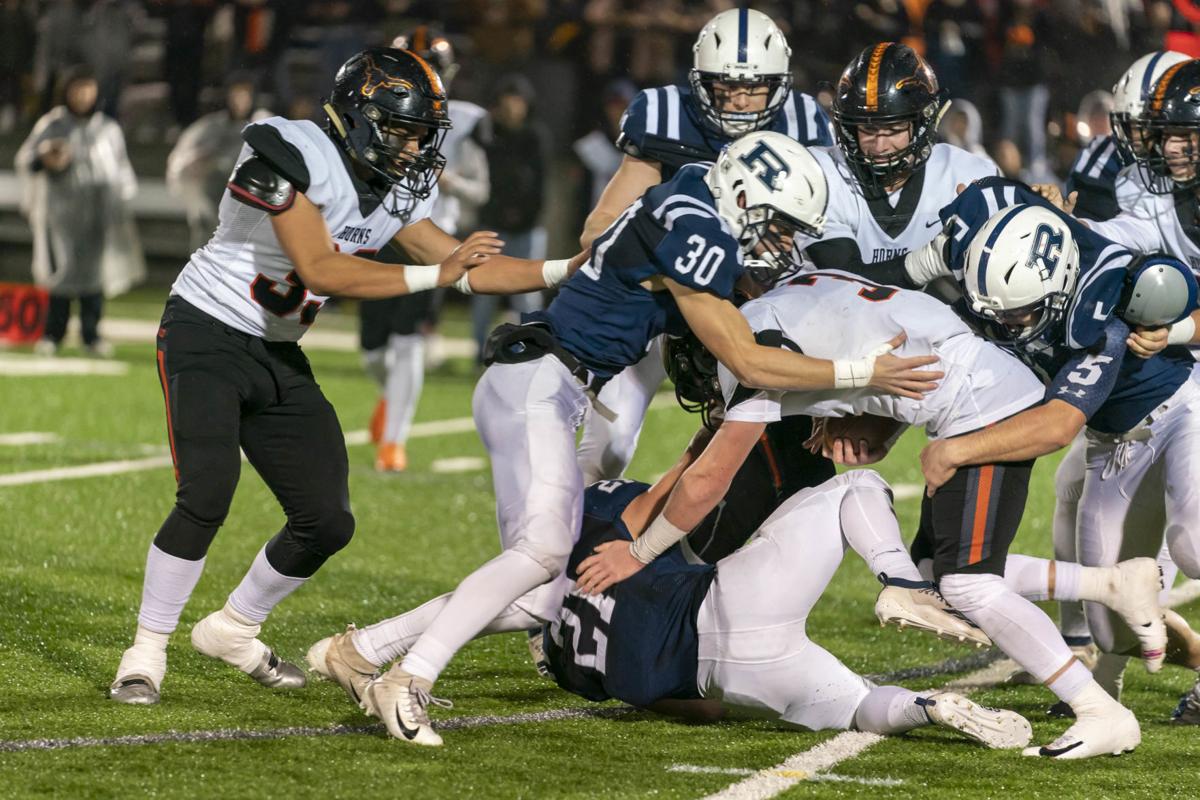 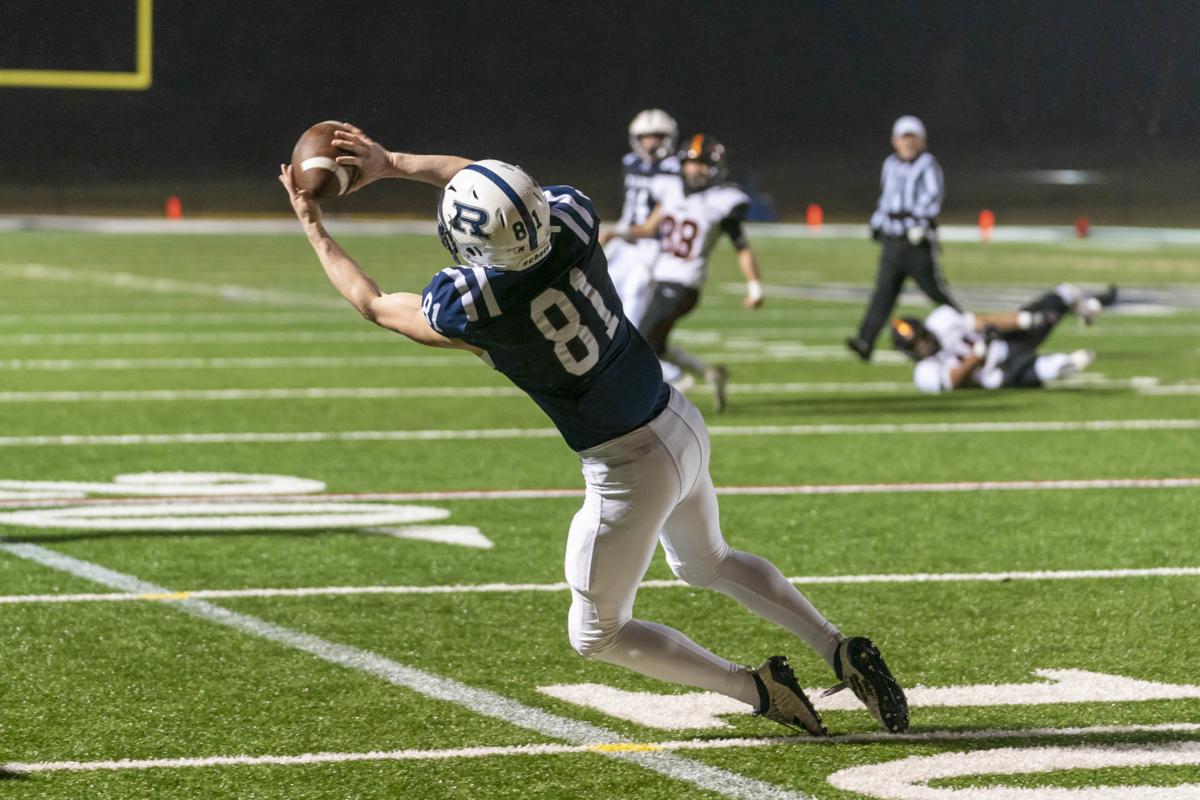 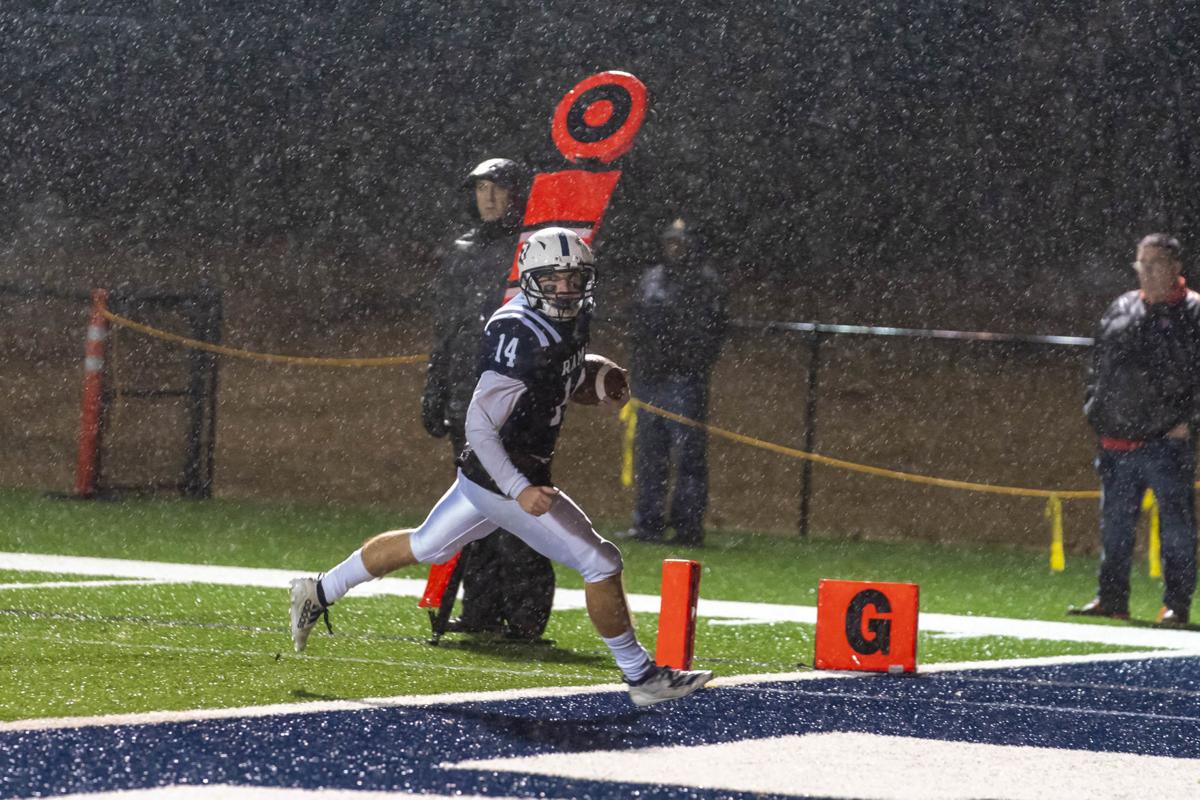 Regent’s Braden Gilbert (#14) runs up the middle and scores his second touchdown — Captured at Regent Prep in Tulsa, Oklahoma on November 29, 2019. TIM CAMPBELL/For the Tulsa World

Regent’s Will Gilbreath (middle) runs up the middle for a touchdown against Alex in a Class B quarterfinal game Friday. TIM CAMPBELL/for the Tulsa World

Regent’s Braden Gilbert (#14) runs up the middle and scores his second touchdown — Captured at Regent Prep in Tulsa, Oklahoma on November 29, 2019. TIM CAMPBELL/For the Tulsa World

Take away Jack Wright, and you get a heavy dose of quarterback Braden Gilbert. And the result was equally as devastating for the opposing defense.

With Wright, the nation’s career leader in touchdown receptions being the target of the Alex defense, and with rainy weather, Gilbert used his legs much more than his arm.

Gilbert rushed for 210 yards and four touchdowns on 26 carries and completed 15-of-17 passes for 177 yards and three touchdowns to lead No. 1 Regent Prep to a 59-14 victory over No. 8 Alex in the quarterfinals of the Class B 8-man football playoffs Friday night at Regent Prep.

“They had a safety over the top, Tatton Anderson — he’s a great player, so if we could avoid him, that’s what we were doing,” Regent Prep coach Adam Bishop said. “Braden is a great senior quarterback, and we have linemen in front of him who we really trust. We thought that was the safest thing to do in these conditions.”

On the first play from scrimmage, Gilbert completed a 32-yard jump ball pass to Wright. It was the last time Wright was thrown to until midway through the third quarter. The wet, rainy conditions, combined with Alex not stopping Gilbert, made passing to Wright a luxury that wasn’t needed most of the night.

Regent Prep (13-0) went ahead for good on that first series when Gilbert finished it off with a 5-yard touchdown run.

Alex closed the gap to 7-6 on an 8-yard touchdown run by Anderson at running back. And when the relentless Anderson intercepted a deep pass by Gilbert on the next series, it appeared Alex (10-3) was going to make it a close game.

Regent Prep’s defense bent but did not break the rest of the game, despite Anderson finishing the game with 218 yards rushing and two touchdowns on 31 carries. He also caught five passes for 74 yards.

Gilbert scored on runs of 10 and 35 yards, and Will Gilbreath had a 30-yard touchdown run in the half to boost Regent Prep to a 28-6 halftime lead.

Harrison Smith took over in the second half, catching touchdown passes of 12 and 18 yards from Gilbert. Smith led the Rams in receiving with eight catches for 116 yards. Wright finished with five catches for 109 yards. Wright also intercepted a pass for a 31-yard return.

A 10-yard TD run by Smith ended the game in the fourth quarter because of the 45-point rule in Class B football. Regent Prep still hasn’t had to play a complete game all season.