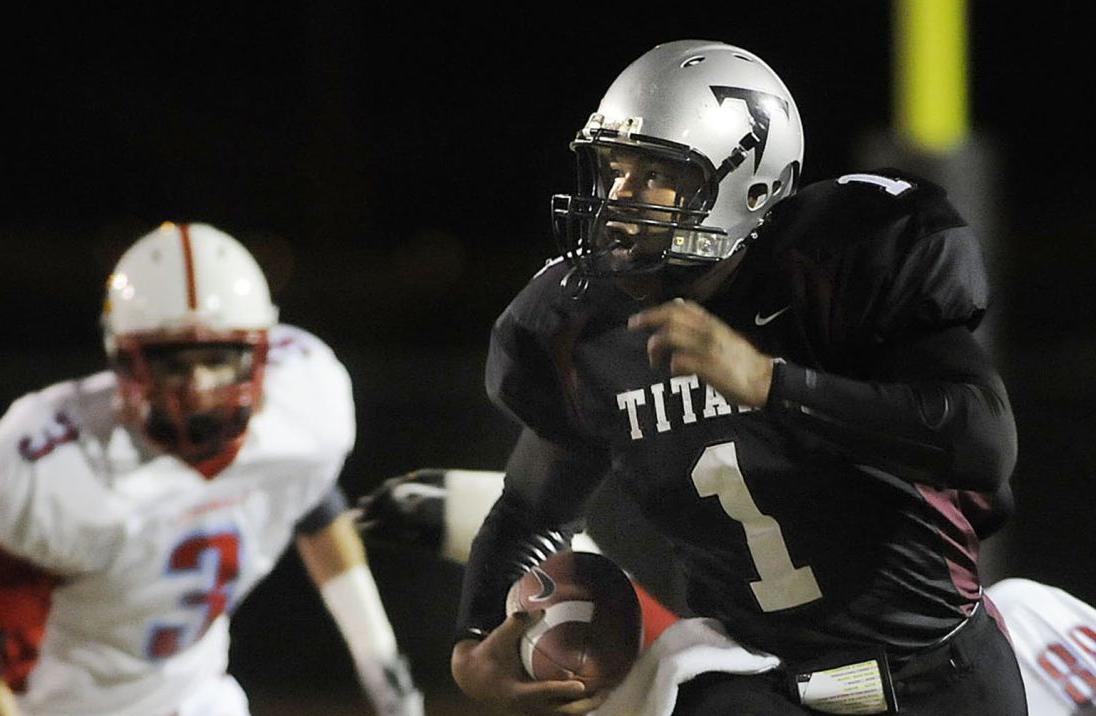 McLain’s Shawn Jackson had 3,136 total yards and produced 33 touchdowns as a quarterback in 2008. TULSA WORLD file 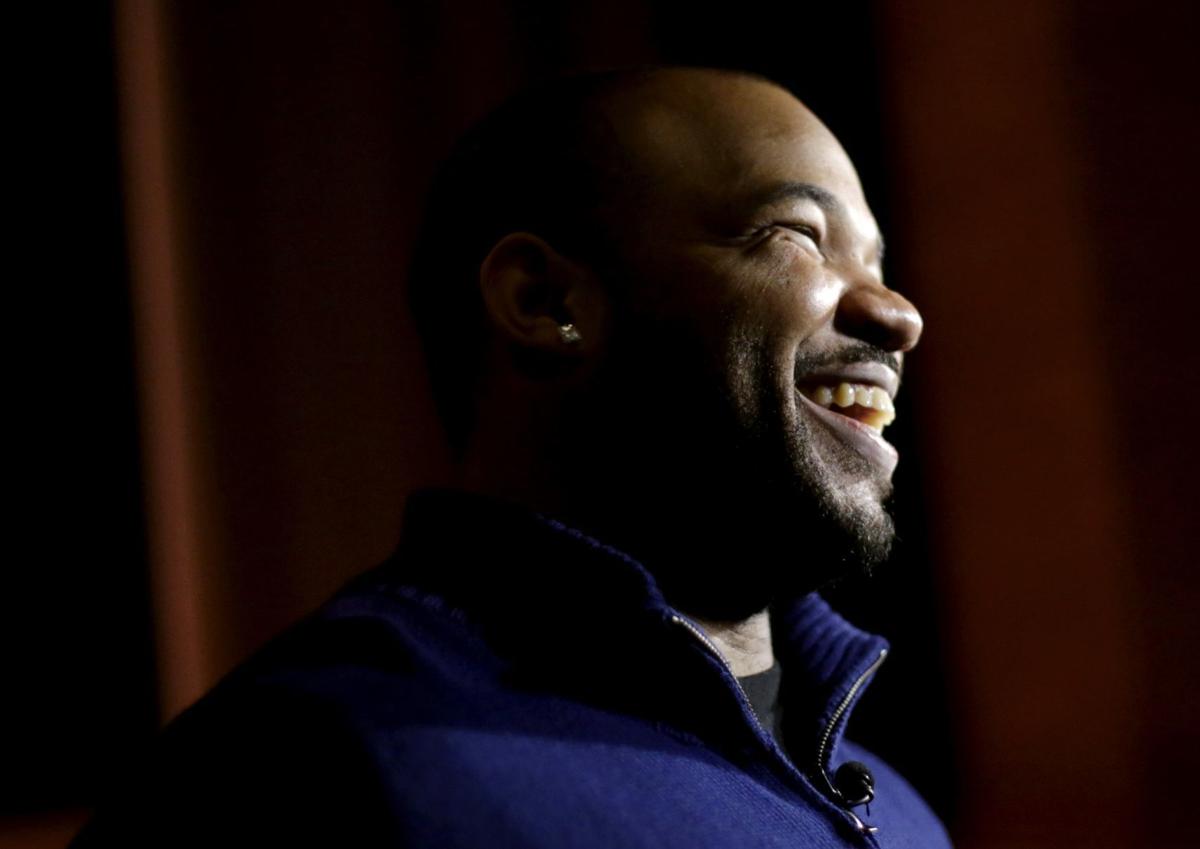 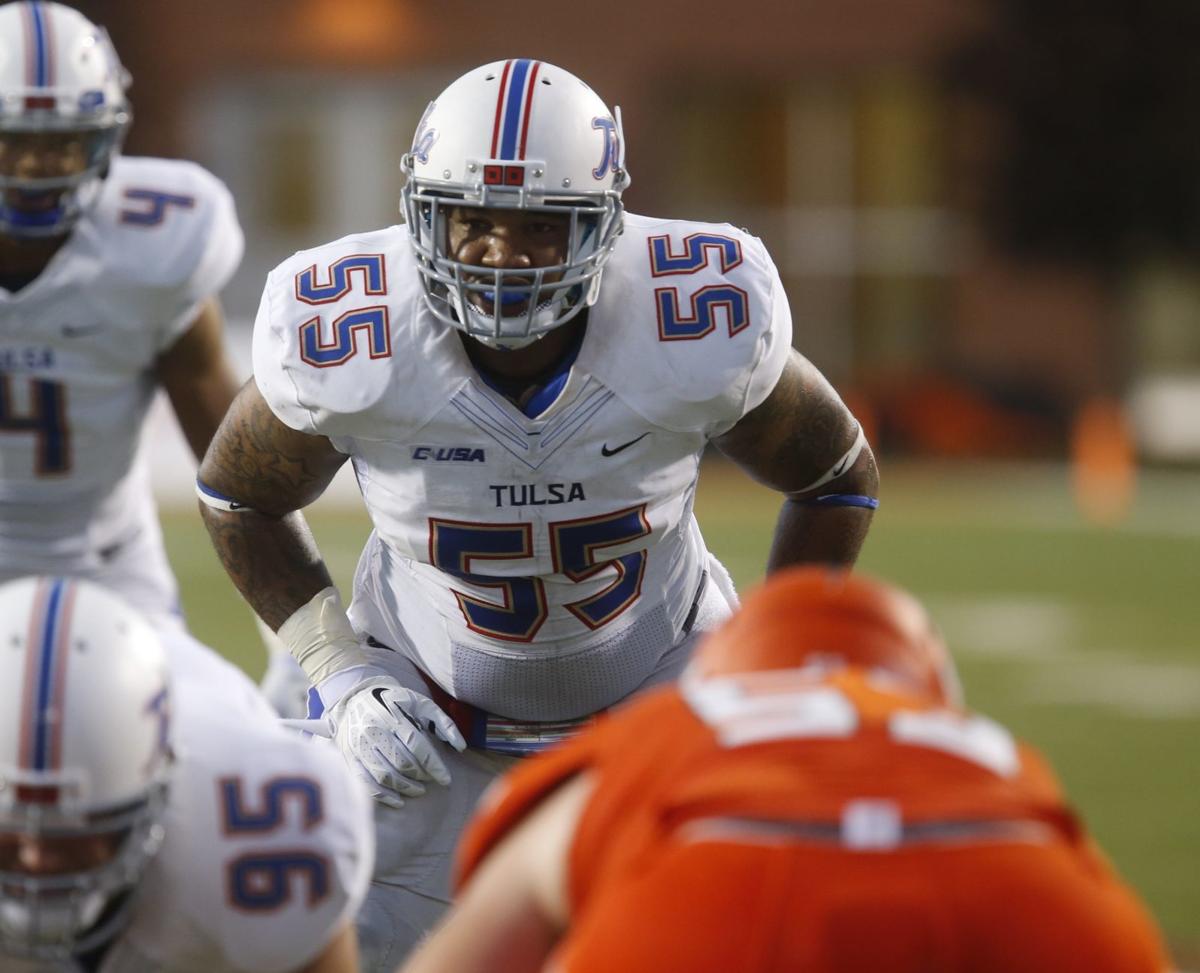 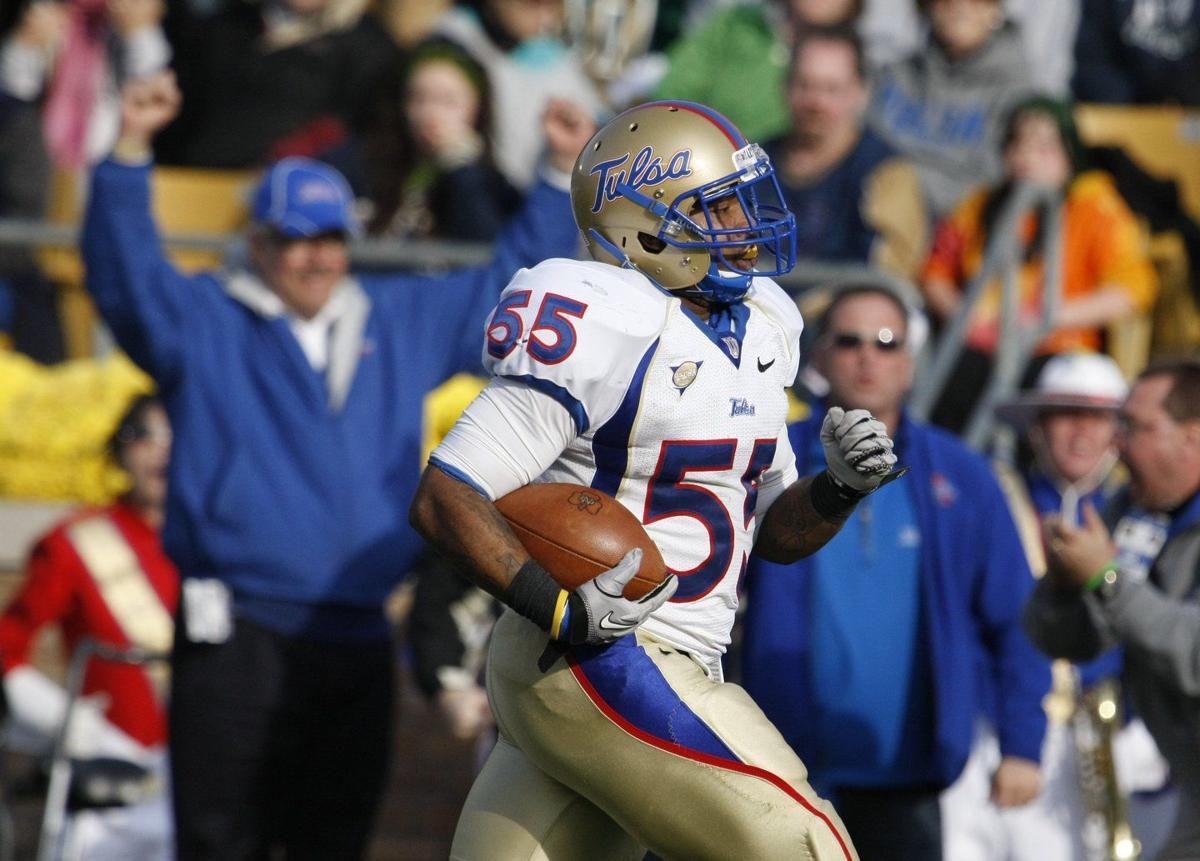 Tulsa’s Shawn Jackson returns a blocked kick for a touchdown in a 2010 victory at Notre Dame. TOM GILBERT/Tulsa World

McLain’s Shawn Jackson had 3,136 total yards and produced 33 touchdowns as a quarterback in 2008. TULSA WORLD file

Tulsa’s Shawn Jackson returns a blocked kick for a touchdown in a 2010 victory at Notre Dame. TOM GILBERT/Tulsa World

Former University of Tulsa football standout Shawn Jackson is among the five members of McLain’s Athletic Hall of Fame class this year.

Others who will be added are Joe Shoulders, Shawn Davis, Sheila Hubert Lumar and Dale Rolland.

The fifth annual induction gala is scheduled for May 1 at Osage Casino, pending developments surrounding COVID-19.

Jackson was a four-year starting linebacker at TU and was the Conference USA defensive player of the year in 2013. As a senior at McLain in 2008, he had 133 tackles at linebacker to help the Titans reach the playoffs for the first time since 2003. As a quarterback, he had 3,136 total yards and produced 33 touchdowns. In his career, he had 522 career tackles, plus 8,422 total yards and accounted for 95 TDs. He also was a starter on McLain’s basketball state tournament team in 2008.

Davis, who died last year, was an All-State receiver on McLain’s state title teams in 1986 and ’87, and played at Notre Dame.

Shoulders, after being an assistant for McLain’s first three years, was promoted to head basketball coach in 1962 and was in that position until 1972, leading the program to its first two state tournament berths in 1967 and ’68. He also was McLain’s athletic director for his final five years there before becoming Collinsville’s coach.

Hubert Lumar was a two-year basketball starter at Kansas State in the mid-1980s, and Rolland was a three-sport standout for McLain.

Philip Johnson on the likelihood that the OSSAA’s Class 6A-2A state basketball tournaments and spring sports championships will be canceled if the state Board of Education follows state superintendent Joy Hofmeister’s recommendation that Oklahoma’s public school buildings stay closed for rest of the school year: “If the Big 12 and NCAA can cancel all of their championships, how can we have athletics here? What makes us any different?

Tulsa-area basketball coaches who have not received All World/All-State nomination forms are encouraged to contact Barry Lewis (boys) at barry.lewis@tulsaworld.com or Mike Brown (girls) at mike.brown@tulsaworld.com. Basketball coaches outside the Tulsa area who have not received World All-State forms are urged to contact Barry Lewis (boys) or Mike Brown (girls).

Swimming and wrestling coaches who have not been contacted for All World nominations are encouraged to email Dekota Gregory (wrestling) at dekota.gregory@tulsaworld.com and John Tranchina (swimming) at icelation@yahoo.com or Barry Lewis.

Former Union and Broken Arrow head football coach Rick Jones, after winning eight Arkansas state football titles in 16 years as Greenwood’s head coach, has joined the University of Missouri as a senior consultant to new head coach Eli Drinkwitz, who is a native of Arkansas and was Springdale’s offensive coordinator from 2006-09.

Jones, who was inducted into the Oklahoma Coaches Association Hall of Fame in 2013, had coached at Greenwood since 2004. Jones left Broken Arrow following the 2003 season. He was named the National Federation’s 2012 football coach of the year.

Gatorade’s state boys basketball player of the year announcement, originally set for last week and then Tuesday, has been postponed indefinitely.