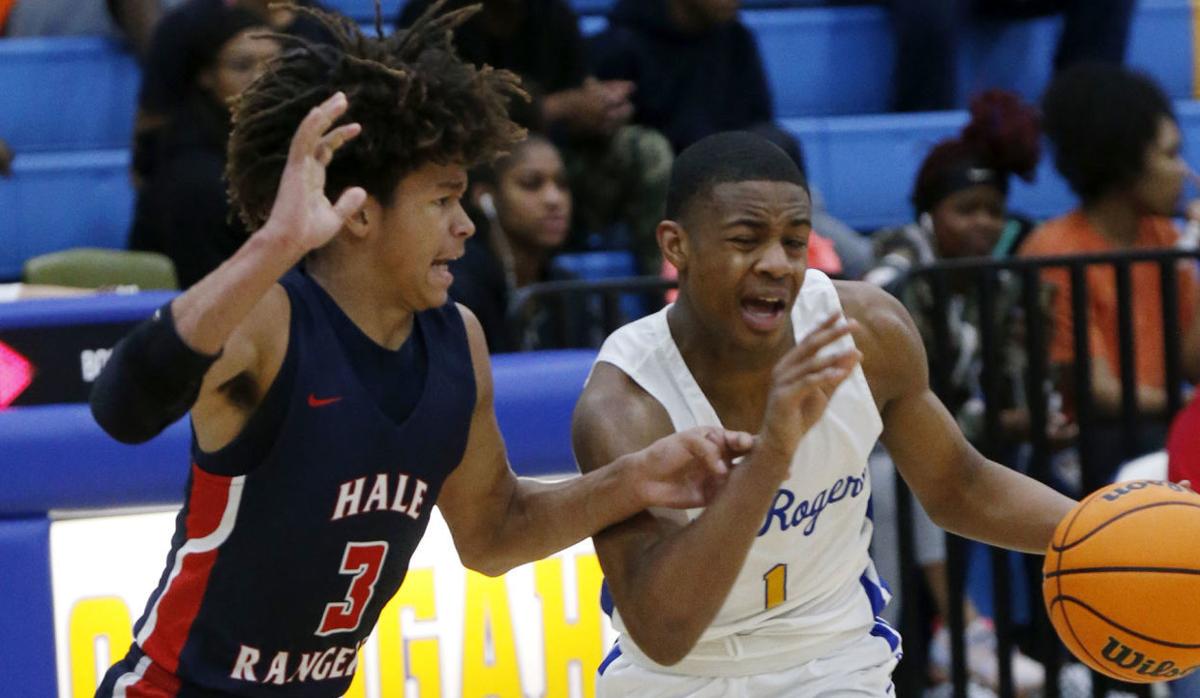 Will Rogers’ Marcal Johnson drives by Hale’s Demetrius Neal at the Oologah Tournament on Thursday. Neal scored a career-high 37 points, but Johnson had 25 in the Ropers’ 80-66 victory. STEPHEN PINGRY/Tulsa World 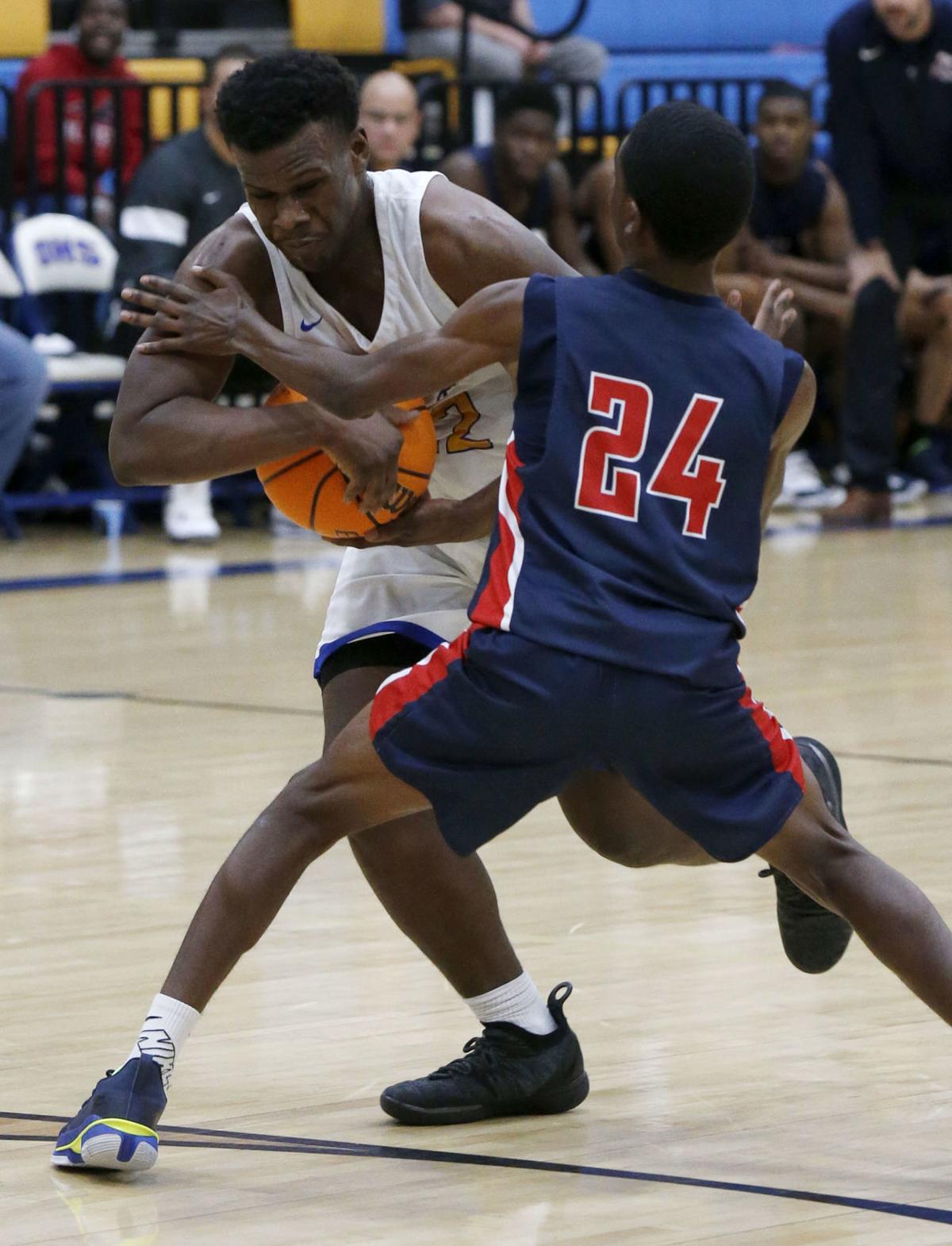 Will Rogers’ Marcal Johnson drives by Hale’s Demetrius Neal at the Oologah Tournament on Thursday. Neal scored a career-high 37 points, but Johnson had 25 in the Ropers’ 80-66 victory. STEPHEN PINGRY/Tulsa World

OOLOGAH — Rogers guard Marcal Johnson would consider this a disappointing basketball season if it concluded without the Ropers ending a 24-year boys state tournament drought.

On Thursday, the Class 5A No. 9 Ropers had the look of a state tournament team in an 80-66 victory over Hale in the Oologah Tournament quarterfinals.

“We’ll surely go to state — mark my words, you’ll see us at state,” Johnson said after leading the Ropers with 25 points.

Johnson, a 6-foot junior who averages 20 points, is a big reason why there are high expectations for the Ropers (6-2) to reach the state tournament for the first time since 1996.

“Marcal is the hardest-working player,” Rogers coach David Winton said. “He is driven to be better than what he is today — that’s his biggest asset. He’s unselfish and has got that charisma. He’s very motivated to do well and competes at a high level, we always get that out of him. He never has an off game.”

Johnson prepared for this game with the 11:30 a.m. tipoff as he would any other except for going to sleep earlier Wednesday night.

“All that good rest helps,” he said. “It was very different playing early, but I’ll play anytime.”

Johnson had 18 points in the first half as the Ropers raced to a 49-36 lead. It was a good thing for Rogers that Johnson and his teammates avoided a sleepy start as sophomore guard Demetrius Neal had a career-high 37 points for Hale (0-9).

“When he’s explosive, he’s explosive,” Hale coach Daniel McChesney said about Neal. “It’s hard to keep him from where he wants to go on the court and he’s fearless at the rim.”

Neal’s basket cut Rogers’ lead to 49-41 early in the third quarter before Johnson answered with a 3-pointer that ignited a 7-0 run and the Ropers were never threatened again.

Cascia led 30-28 before Scroggins sank his first of three third-quarter 3-pointers that ignited a pivotal 9-0 run, and the Commandos never cut their deficit to fewer than four points the rest of the game.

“He’s a joy to coach and can really shoot,” Wagoner coach Zack Ange said about Scroggins, a 6-3 junior who averages 16 points.

“I thought our defensive pressure was probably the key to the game. We wanted to speed them up a little bit. They are physical and well-coached, so I didn’t want it to turn into a half-court game. I think the speed of the game was good for us at times, but we’ve still got to get better offensively.”