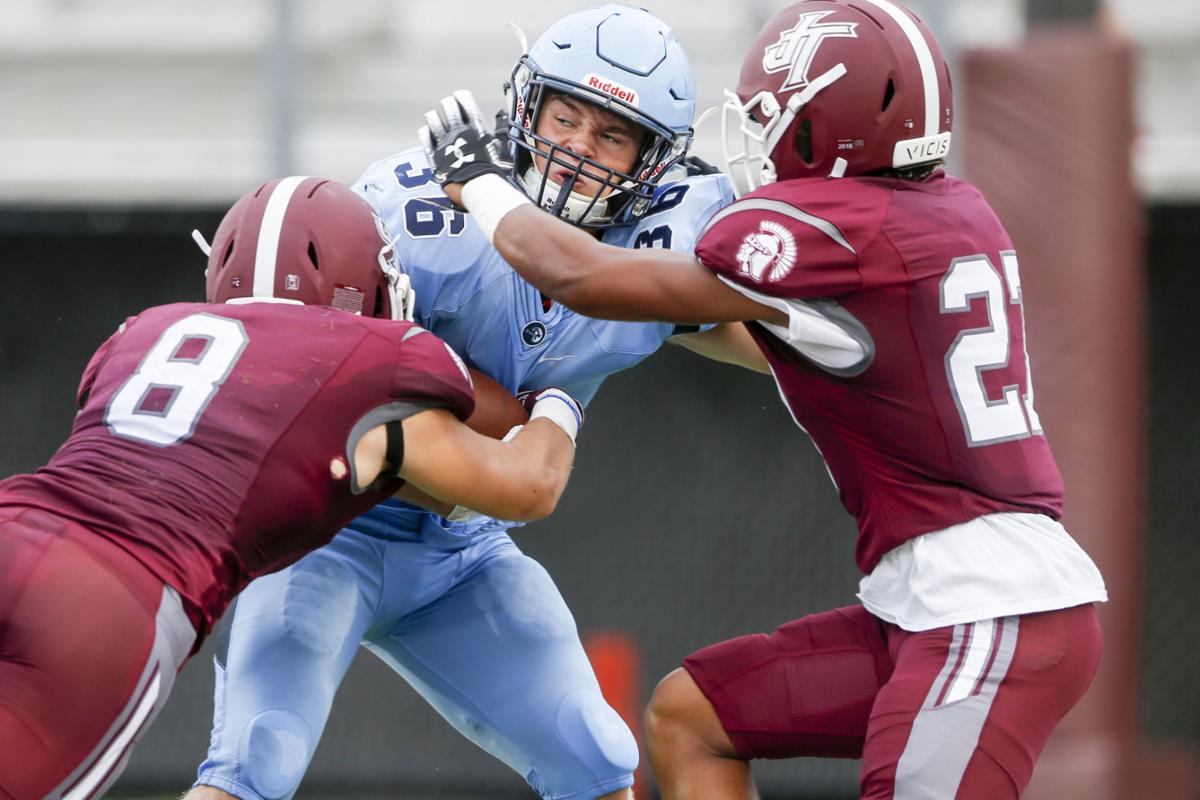 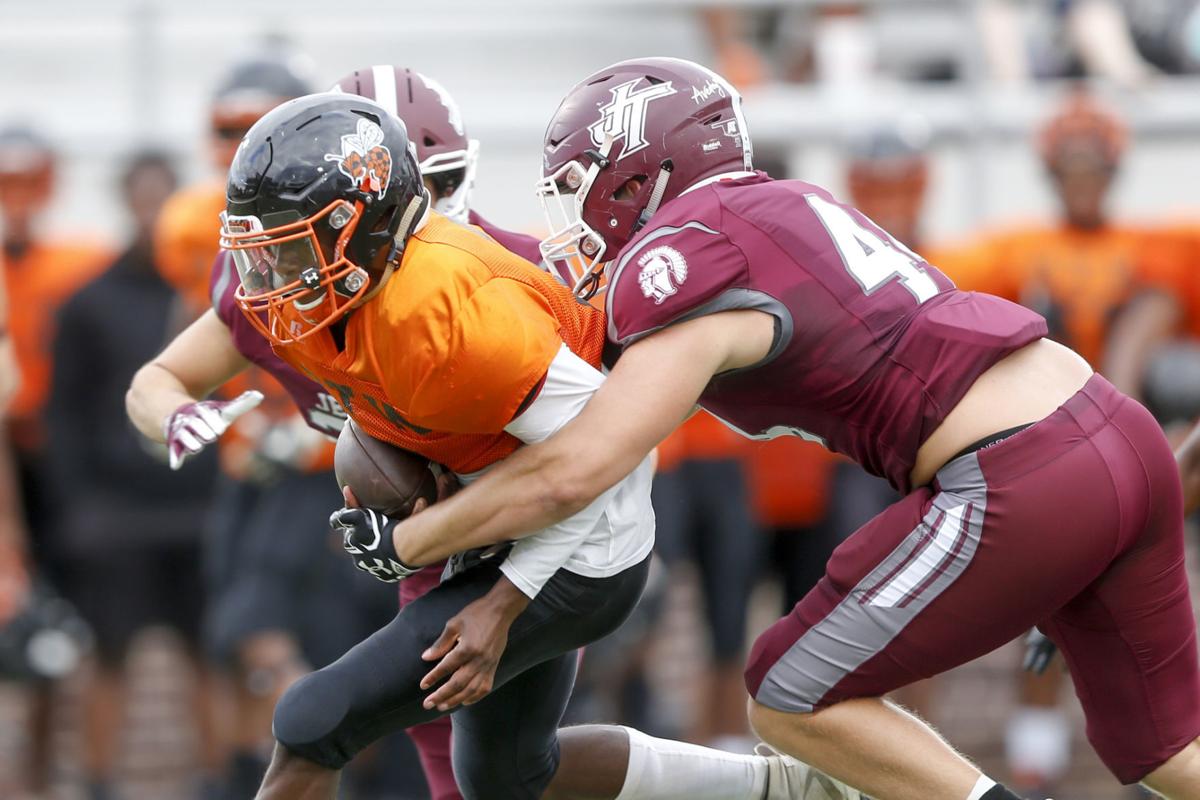 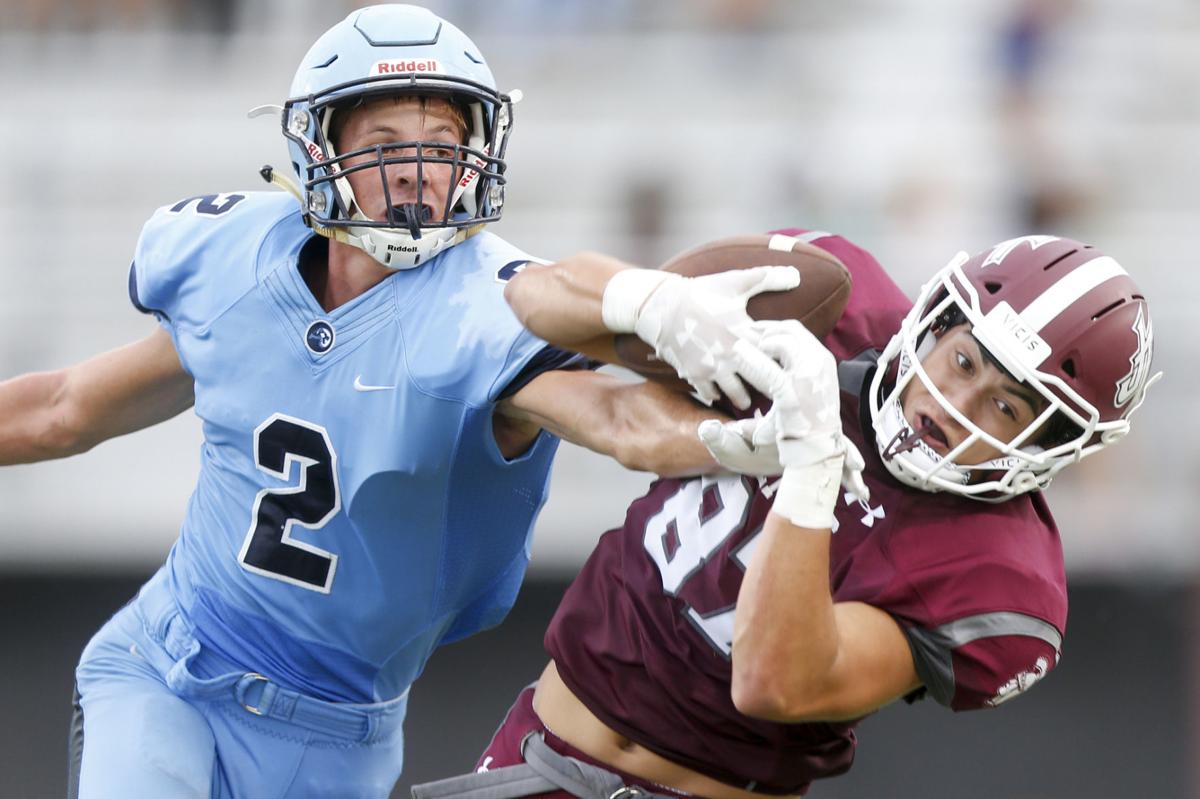 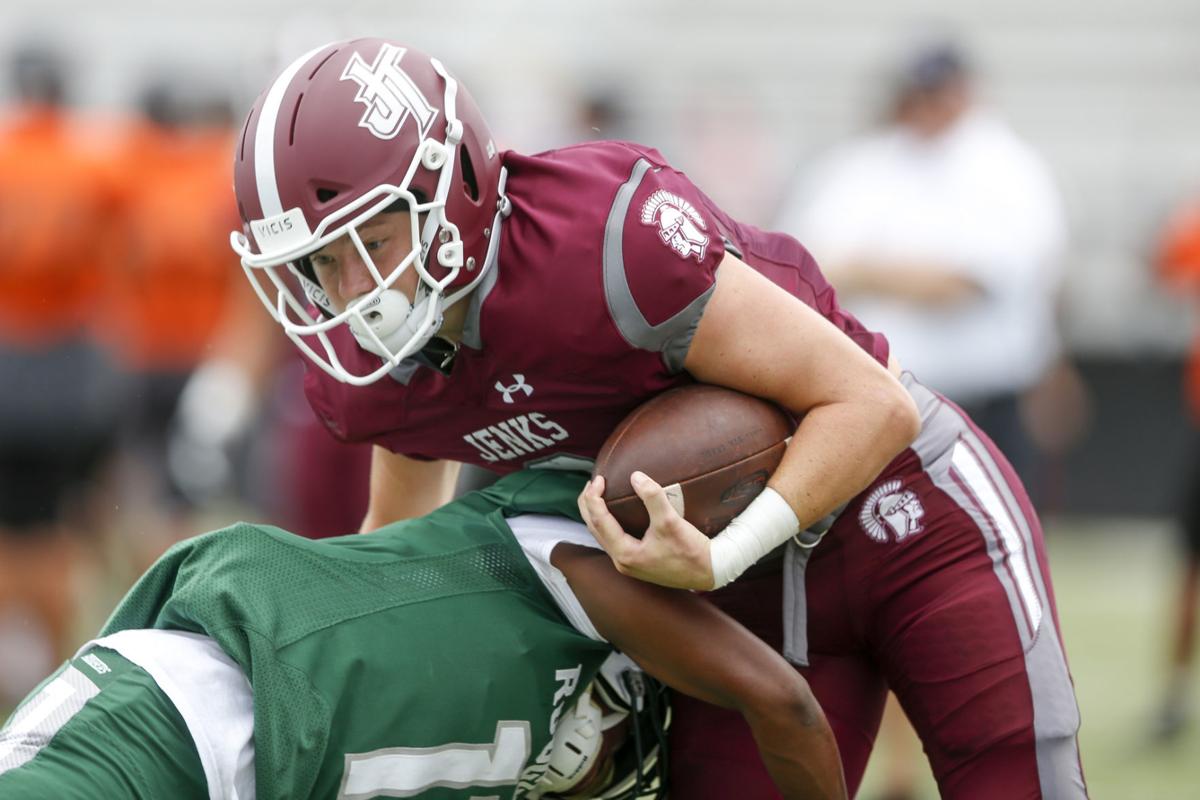 Jenks’ Kobey Rogers attempts to break a tackle from a Muskogee defender during a scrimmage at Jenks High School on Friday night. IAN MAULE/Tulsa World

Jenks’ Kobey Rogers attempts to break a tackle from a Muskogee defender during a scrimmage at Jenks High School on Friday night. IAN MAULE/Tulsa World

JENKS — There was some outstanding quarterback play on display Friday night in the 22nd annual Jenks Trojan Preview at Allan Trimble Stadium.

It’s just that the best performances were not necessarily by the QBs expected to shine the brightest this season.

Stephen Kittleman of Jenks and Gentry Williams of Booker T. Washington, each taking over as starters this season, had moments of brilliance but also experienced some difficulties in the final tune-up before games start for real.

Kittleman was 4-of-8 for 151 yards and three touchdowns in the first mini-game, a 21-14 victory over Bartlesville. That included a 66-yard bomb to Cade Stacy with just 21 seconds left for the winning touchdown.

In the Trojans’ second mini-game, a 17-14 triumph over Booker T. Washington, Kittleman was 5-for-14 for 121 yards and endured a stretch of five straight incompletions at one point.

Williams completed 5-of-15 passes for 70 yards and a TD for Booker T. Washington and also rushed for 86 yards on 11 carries. That total would have been considerably more if he hadn’t had the potential game-winning 79-yard TD run called back because of a penalty. Williams also had a stretch of five consecutive incompletions.

Muskogee’s Ty Williams enjoyed a strong performance. He completed 5-of-7 passes for 64 yards and a TD, and also rushed for 55 yards and another TD on just two carries — all in just one 12-minute period — as the Roughers defeated Putnam City 20-0.

Perhaps the night’s best performance belonged to Bartlesville’s Ben Winters in a losing cause, as he compiled the most passing yards of any of the quarterbacks in an individual game, racking up 168 yards, along with two TDs, on 8-of-12 passing.

Kittleman connected with Stacy for a 66-yard TD pass with 21 seconds remaining to clinch the victory for the Trojans.

For Bartlesville, Winters tossed two TD passes to Shane Simpson, including a 15-yarder with 6:15 left to tie the game at 14-14. Simpson caught four passes for 89 yards.

In addition to Ty Williams’ big night, Jimmie Coleman led the Roughers to a dominating victory, rushing for 75 yards and a TD on six carries.

Muskogee’s defense was outstanding, as well, limiting Putnam City to just one first down and 5 yards of total offense, including minus-1 rushing.

The Trojans held off a late charge by Booker T. Washington.

After Kobey Rogers scored on a 4-yard run with 4:28 remaining, Jenks led 17-7, but Williams came back with a 35-yard TD pass to Javian Hester one minute later to pull the Hornets to within 17-14. Williams then appeared to score the game-winning TD on a 79-yard run with 2:08 left but it was called back by the penalty. Booker T. was plagued by penalties all night, racking up 10 for 92 yards in what was at times a contentious, heated mini-game.