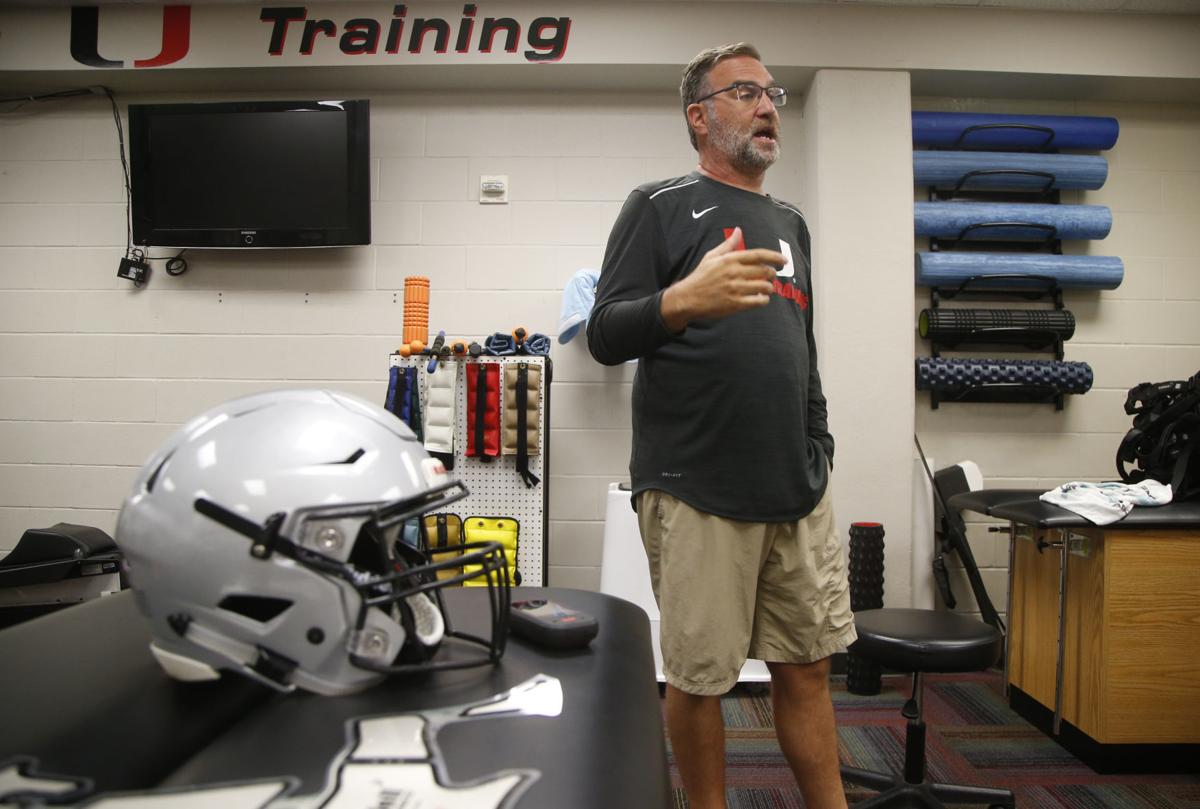 Dan Newman, the head athletic trainer at Union High School, discusses the Riddell InSite Training Tool, which the school uses in football helmets to collect data on impacts to the head during practices and games. MATT BARNARD/Tulsa World 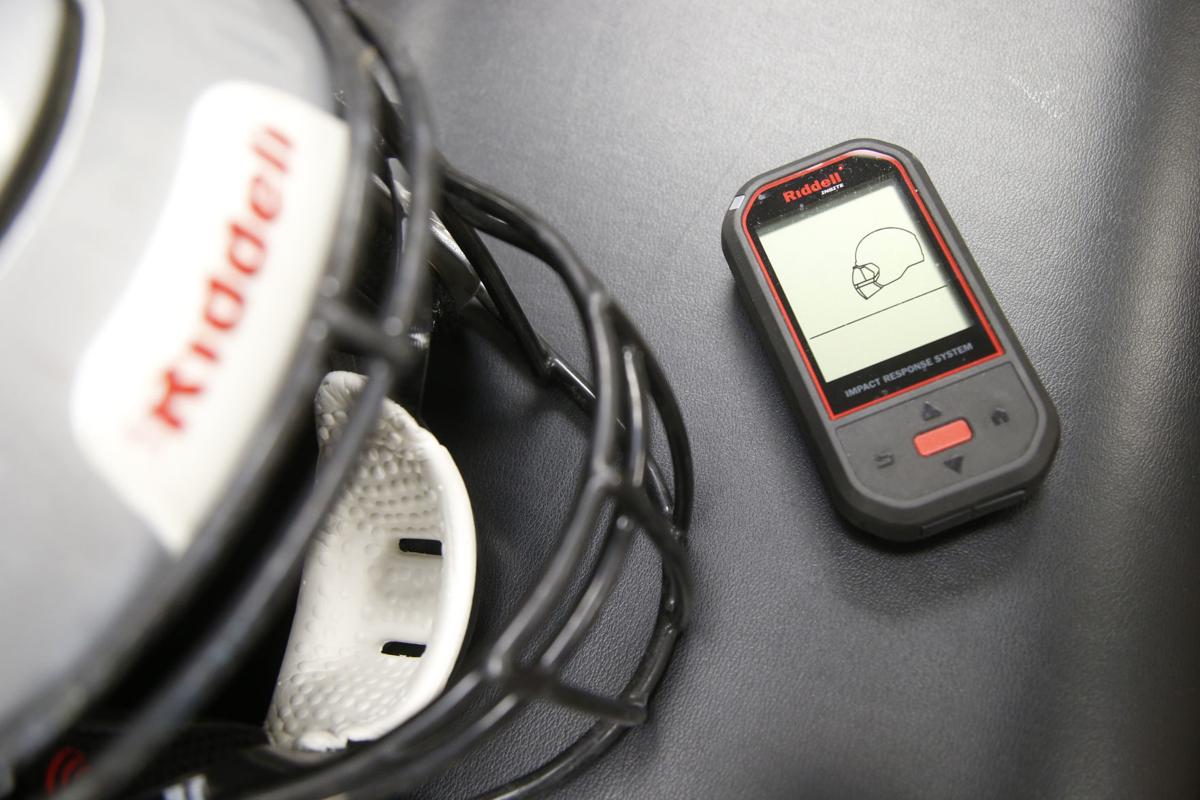 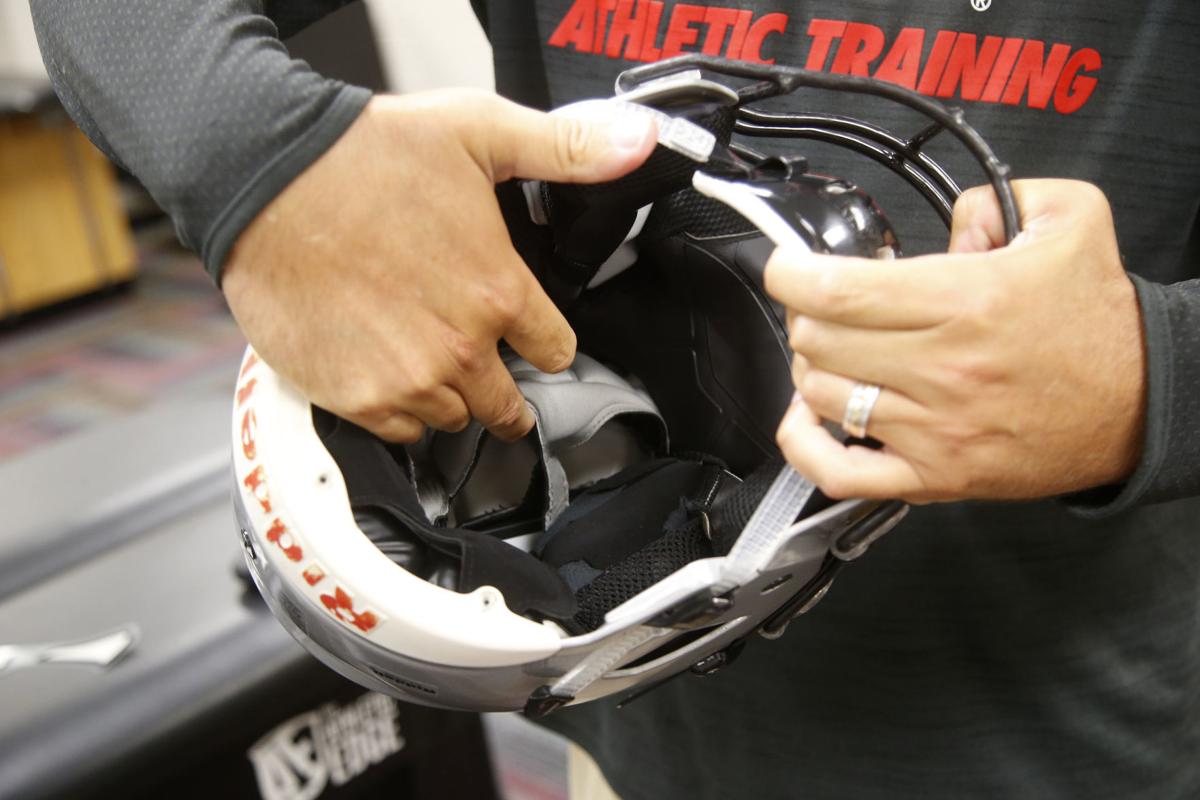 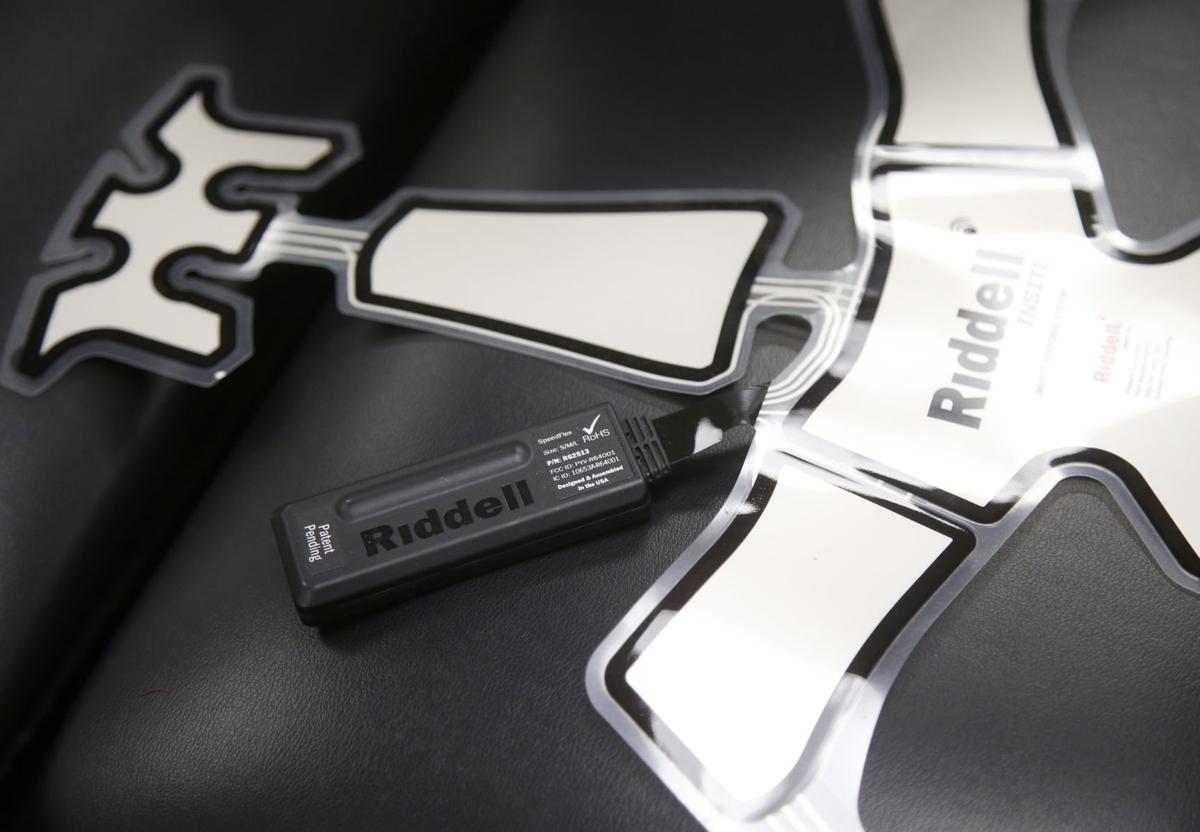 Dan Newman, the head athletic trainer at Union High School, discusses the Riddell InSite Training Tool, which the school uses in football helmets to collect data on impacts to the head during practices and games. MATT BARNARD/Tulsa World

Practice sessions at Union-Tuttle Stadium have started a little differently for Dan Newman the past three seasons.

On top of shoring up tape jobs and checking in on injured players as he always has, Union’s head athletic trainer of 18 years now also carries with him a handheld bluetooth device he uses to connect with the 45-50 helmets that Union has outfitted with the Riddell InSite Training Tool. Once Newman has chased down each player and linked up with his helmet, practice can begin.

This fall will mark Union football’s third full season using Riddell’s InSite technology to track impacts to its players on the field. The school began using the system in 2017 at a cost of $100 per helmet, and as Union’s staff has learned to use the tool, coach Kirk Fridrich’s program has emerged among the area leaders in helmet safety technology.

In the time since their introduction, the impact sensors haven’t made any fundamental changes within Union’s program, but they have shifted the way the school’s coaching and medical staffs approach hits to the head and have helped improve the overall safety of the players.

“For us, it has become an important education tool that helps us protect the kids.” Newman said.

As greater emphasis has been placed on helmet safety and head injuries around the country over the past decade, the technology in football helmets has evolved rapidly.

Each program in the Tulsa area embraces it differently. Tulsa Public Schools has invested in the SWAY Medical digital device and app to help better assess potential concussions on sidelines. Other area schools have invested in similar programs and also have looked into sensor technology from helmet companies such as Schutt and Xenith.

Yet, Union and several other area schools using Riddell’s technology lead the pack. As it stands now, there is no better system designed to track head impacts and protect players than InSite, placing Union and its local counterparts at the forefront of helmet technology in the area.

Introduced in 2013, InSite technology is fairly simple. Six impact-tracking sensors are placed within the helmets and relay data to a handheld device like the one Newman handles on the sideline. From there, trainers and medical staff can gauge the impact of a given hit at any moment.

In 2018, Union fitted nearly 50 of its Riddell SpeedFlex helmets with sensors, reserving them for helmets worn by players at high-impact positions such as linebacker, running back and offensive and defensive line. After each game or practice, the data is uploaded into a computer program where valuable player profiles featuring individual head impacts are built over the course of a season.

Newman and his staff at Union are quick to emphasize that InSite technology is not a concussion prevention tool; nothing a company or medical staff can put inside a helmet can prevent a concussion, Newman asserted. Instead, Union views the technology as an educational program to help better teach and protect its players.

At their best, the sensors identify potential risk and stamp out the danger before it manifests itself on the field. Often, Newman and the coaching staff will find a player who has frequent impacts to the right side of his helmet that shouldn’t occur as often as they do. The information will then prompt coaches to work with that player on new techniques and habits to reduce those impacts.

“Sometimes we’ll go back and check the film and it will show us that one of our guys tends to lean with his head more than others,” Fridrich, Union’s head coach since 2007, said. “We use it to correct things and correct the techniques on the field.”

As the head trainer for a program that stands as a leader in helmet technology around Tulsa, Newman believes every local football team could benefit from InSite sensors, so long as coaches and trainers understand what they’re purchasing.

If a school is purchasing the technology to prevent concussions, then InSite is not for it, he said. But Newman does view the sensors, through the information they provide, as a tool to mitigate contributing factors toward concussions, and for that he feels confident when he sends his players onto the field wearing these helmets each Friday night.

“It’s a teaching tool, not a diagnostic tool,” Newman said. “It’s certainly changed the way we’ve been able to coach and teach our kids.”

Helmet safety: Coaches agree that safety is their top priority, but, for some, the expense is a major challenge

When it comes to football helmets — the last line of defense from traumatic brain injury — and the ability of local football program have to maintain ability to maintain them, the common denominator in 2019 is money.