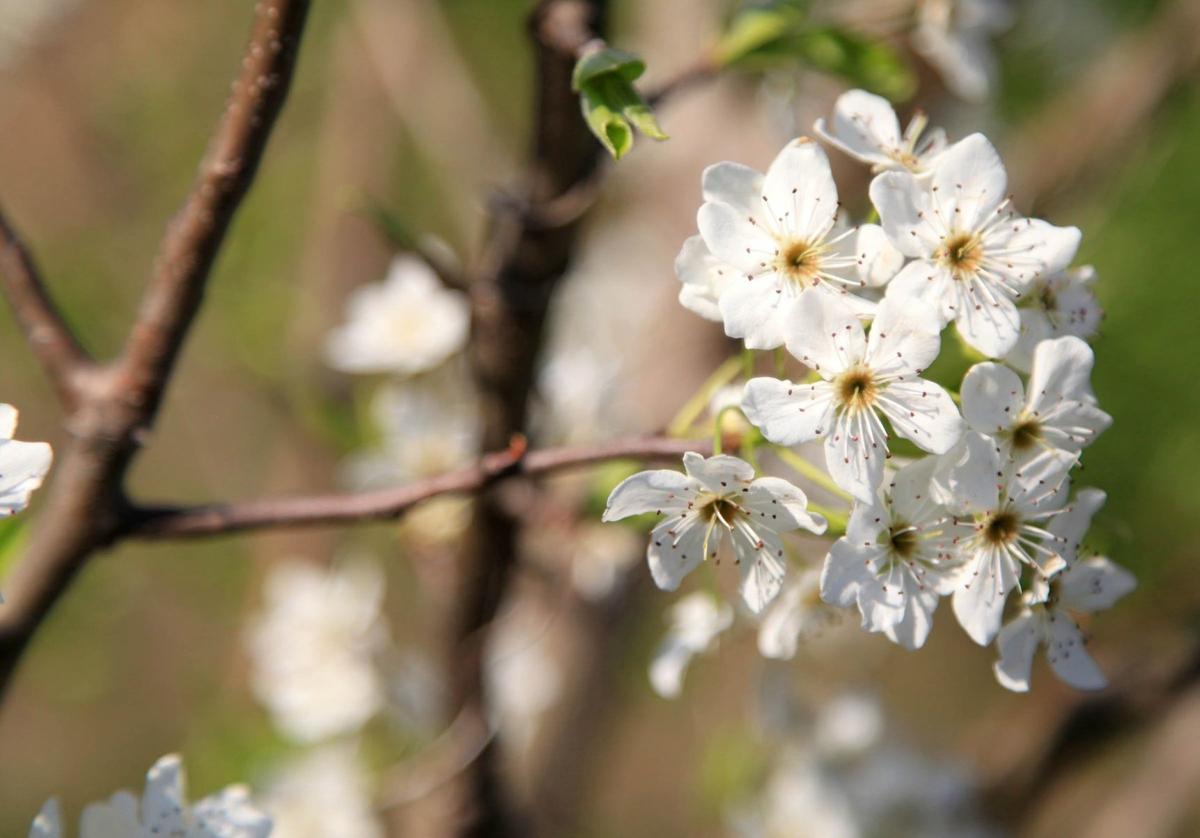 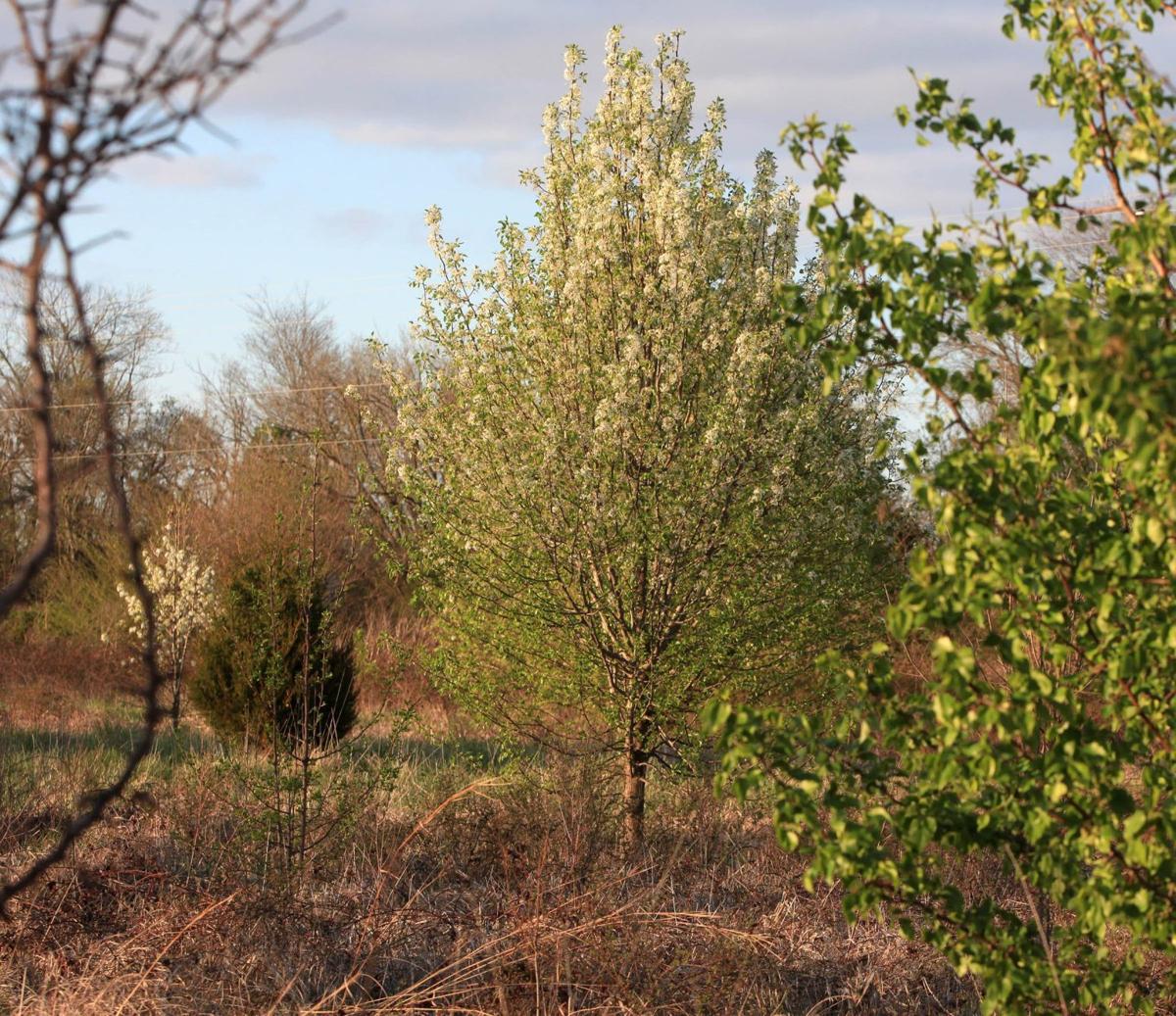 Invasive callery pear and eastern redcedar grow on fallow property off the edge of a pasture near Haskell. KELLY BOSTIAN/Tulsa World 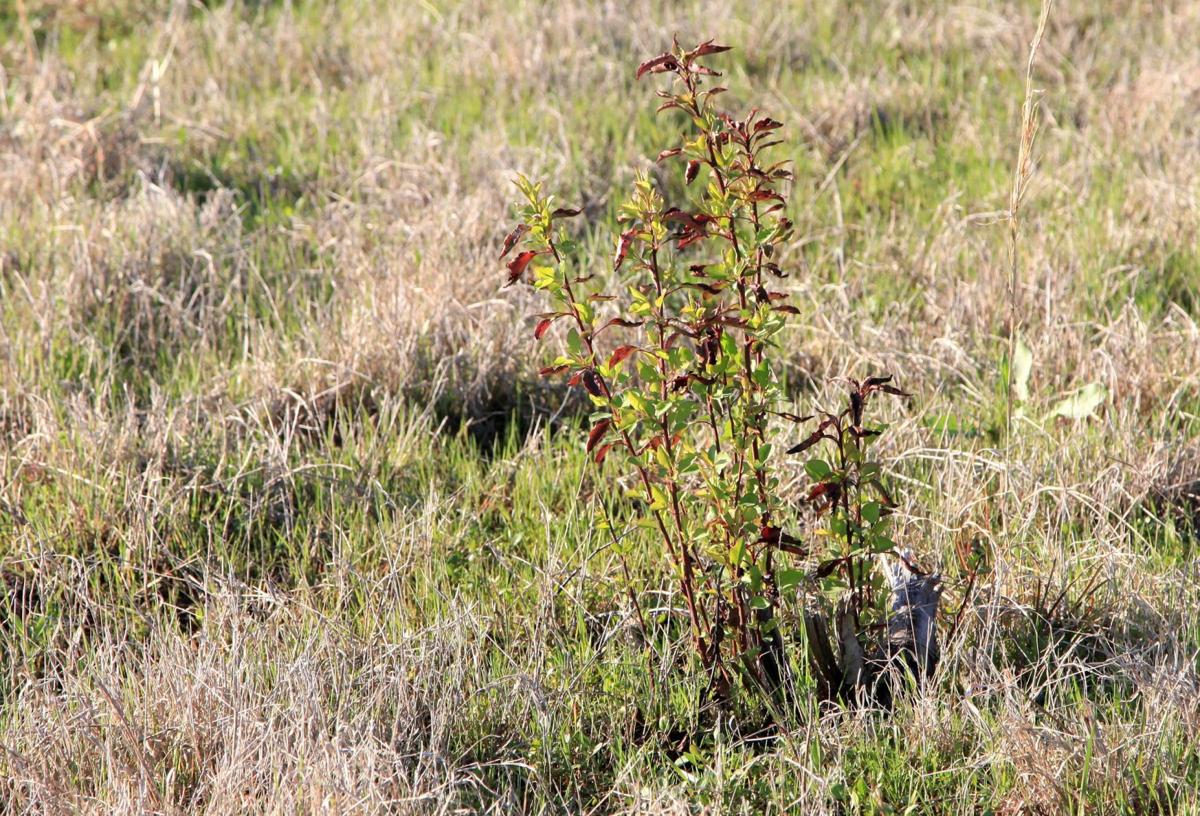 A callery pear tree re-sprouts a stump on an acreage off Memorial Drive in Bixby. KELLY BOSTIAN/Tulsa World 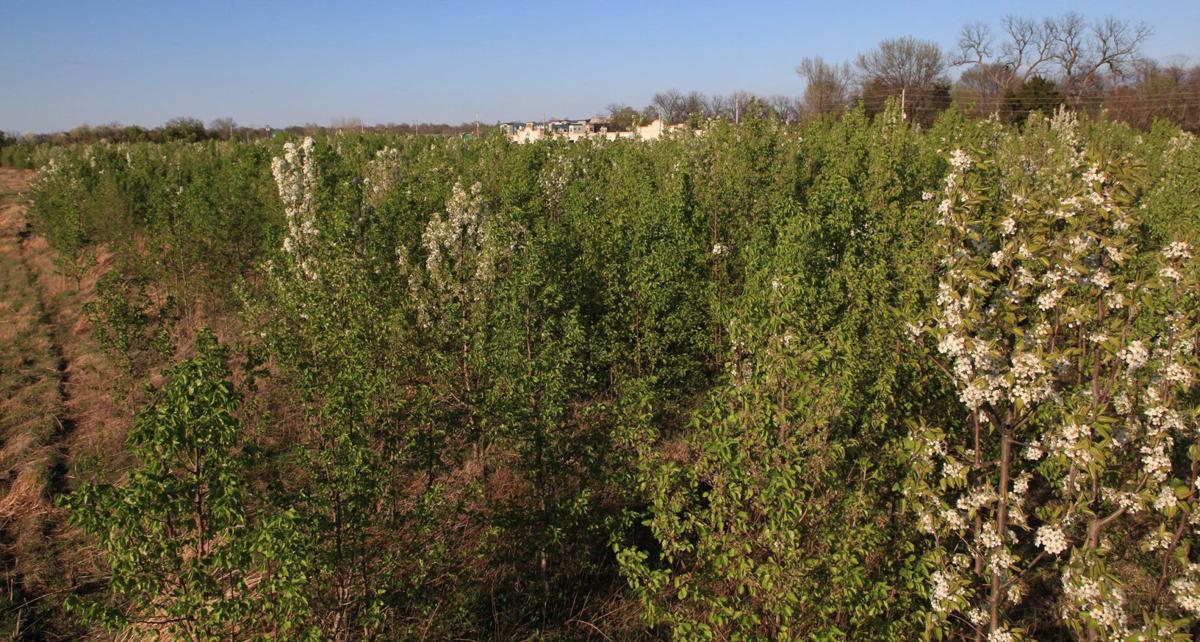 Callery pear trees that have grown up in the past few years choke an acreage off Memorial Drive in Bixby. KELLY BOSTIAN/Tulsa World

Invasive callery pear and eastern redcedar grow on fallow property off the edge of a pasture near Haskell. KELLY BOSTIAN/Tulsa World

A callery pear tree re-sprouts a stump on an acreage off Memorial Drive in Bixby. KELLY BOSTIAN/Tulsa World

Callery pear trees that have grown up in the past few years choke an acreage off Memorial Drive in Bixby. KELLY BOSTIAN/Tulsa World

Maybe this column is inspired by the community-wide effort to stop an invasive disease. Maybe it’s because I was made aware of something three years ago and I’ve noticed getting worse.

Or maybe it’s because the first two ideas I had for columns this week were squashed by coronavirus cancellations. Still, it’s an important subject.

Nobody likes things that invade and damage our way of life, but people continue to not only invite one into our midst but nurture it.

Bradford pear, a cultivar of the Asian callery pear, has given rise to an invasion by its parent plant. The species is taking over wild areas of eastern Oklahoma, and it’s worse than eastern redcedar, which gets plenty of attention.

Redcedar, at least, has the decency to die when chopped off or burned. The pear will re-sprout unless the stump is hit with herbicide and the ground regularly burned before seedlings are re-established.

The stinky and thorn-laden offspring outcompete and crowd out native plants and take over any undisturbed landscape. They are hard to kill, and people drive by and think, “Oh, so pretty.”

In reality, it is the feral hog of the forest, with tire-puncturing thorns instead of knife-like tusks.

The flowering pear trees are just finishing up their bloom as this column hits print, but you’ll notice a few still have blooms and others are leafy and more green than most other trees at this point. Try not to confuse it with flowering native plums and dogwoods, however.

They are hardy, to be sure. They are easy to grow. That’s why people like them. The Bradfords were supposed to be sterile, but birds eat the small fruits of the trees and they spread like wildfire reverted to callery pears.

If you have a pretty white blooming ornamental pear on your property, cut it down, kill it and don’t let it come back. Replace it with a friendly native flowering tree like an eastern redbud or a dogwood.

If you have a patch of these ornamentals suddenly popping up along a fence line or in your pasture, kill them before they spread. If your local nursery is selling ornamental pear trees, tell them to knock it off.

Two weeks of pretty white blooms in our yards each spring is setting up our kids for a lifetime of misery fighting a thorny problem.

I’m not alone in this. Local arborist Don Massey introduced me to the issue and I wrote a story for the Tulsa World about these trees three years ago. Since then I notice more and more of them popping up.

OK Invasives, the citizen science project of the Oklahoma Invasive Plant Council, added them to its list to make a baker’s dozen out of its Oklahoma Dirty Dozen in 2017 (but the pear tree still isn’t on the DD poster).

Every March since then I’ve noticed more and more of these trees blooming in pastures and fallow areas, along fence lines and along the edges and creeping into stands of hardwood forest. On fallow grounds it is sometimes mixed right in among invasive eastern redcedar. That’s a double whammy.

That kill-them-all and gripe at your local nursery line I spouted comes straight from Massey. It also comes from Oklahoma State University.

This week the Oklahoma Department of Wildlife Conservation shared a notice from Dwayne Elmore at OSU extension.

Elmore is the Bollenbach Chair in wildlife management with the Department of Natural Resource Ecology and Management at OSU. He titled his notice “Declare War on Bradford Pear.” I’m on board.

The notice links to his OSU Extension Fact Sheet (updated January 2019) and that is an important agency recognition of the issue, but the OSU notice won’t move people very far all on its own.

Fayetteville, Arkansas, might have the right idea with the bounty it issued for Bradford pear trees. If residents removed a tree, the city offered an American plum, flowering dogwood, eastern redbud, hawthorn, or serviceberry tree to replace it — while supplies lasted.

Whether Fayetteville has been successful or not, its campaign was clever enough to raise awareness.

Costs and damage add up from invasion of the eastern redcedar and the callery pear. Not only do they choke out native habitat, the redcedar is a water hog that starves the land in more ways than one.

The return on investment in removing these large invasive trees seems clear for the health of our state’s wild lands, if not a smart economic move, as well. Maybe more agencies and local governments could jump on board with an awareness campaign, if not a money and boots-on-the-ground campaign. These trees are a habitat disaster that is not pretty, not in the slightest.

In the meantime, we could pull inspiration from a nationwide community effort to kill out another invasive disease one household at a time.

Cut down that white flowering stinker in your yard and replace it with something friendly to our native flora and fauna.

For tips on managing ornamental callery pear trees, check out the OSU Fact Sheet at extension.okstate.edu/fact-sheets/the-invasive-callery-pear.html.

Find the Fact Sheet on eastern redcedar at extension.okstate.edu/fact-sheets/eastern-redcedar-control-and-management-best-management-practices-to-restore-oklahomas-ecosystems.html.