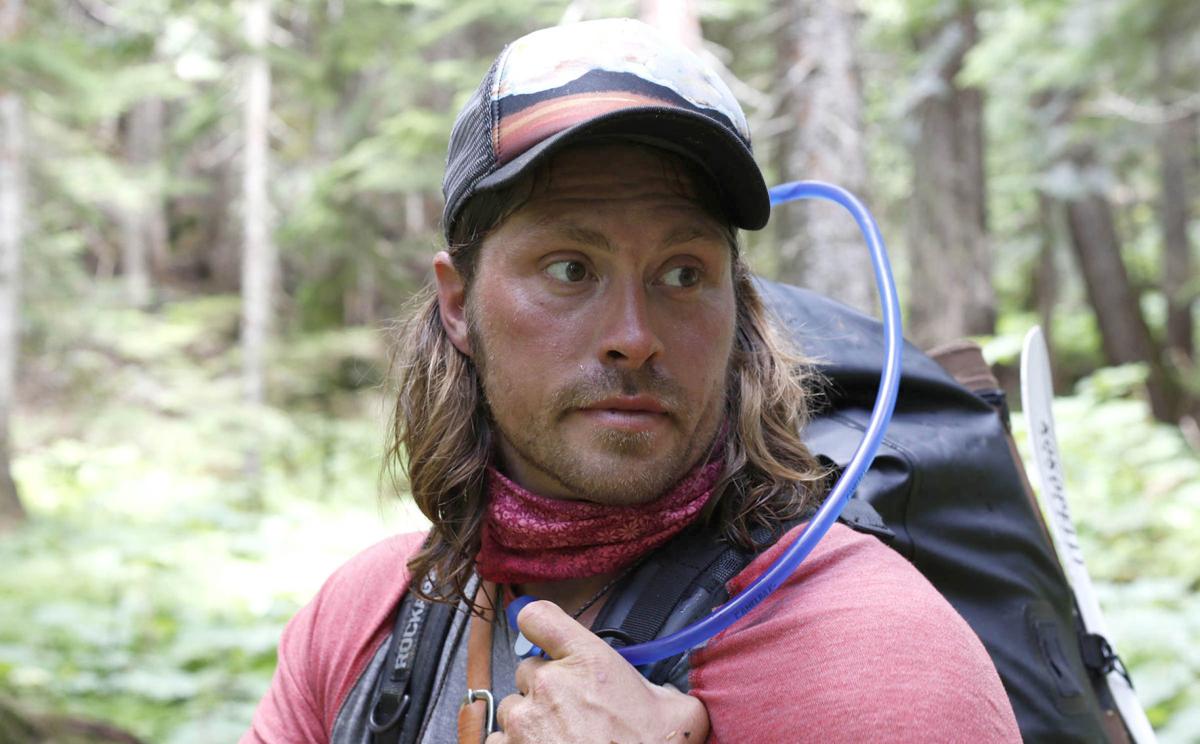 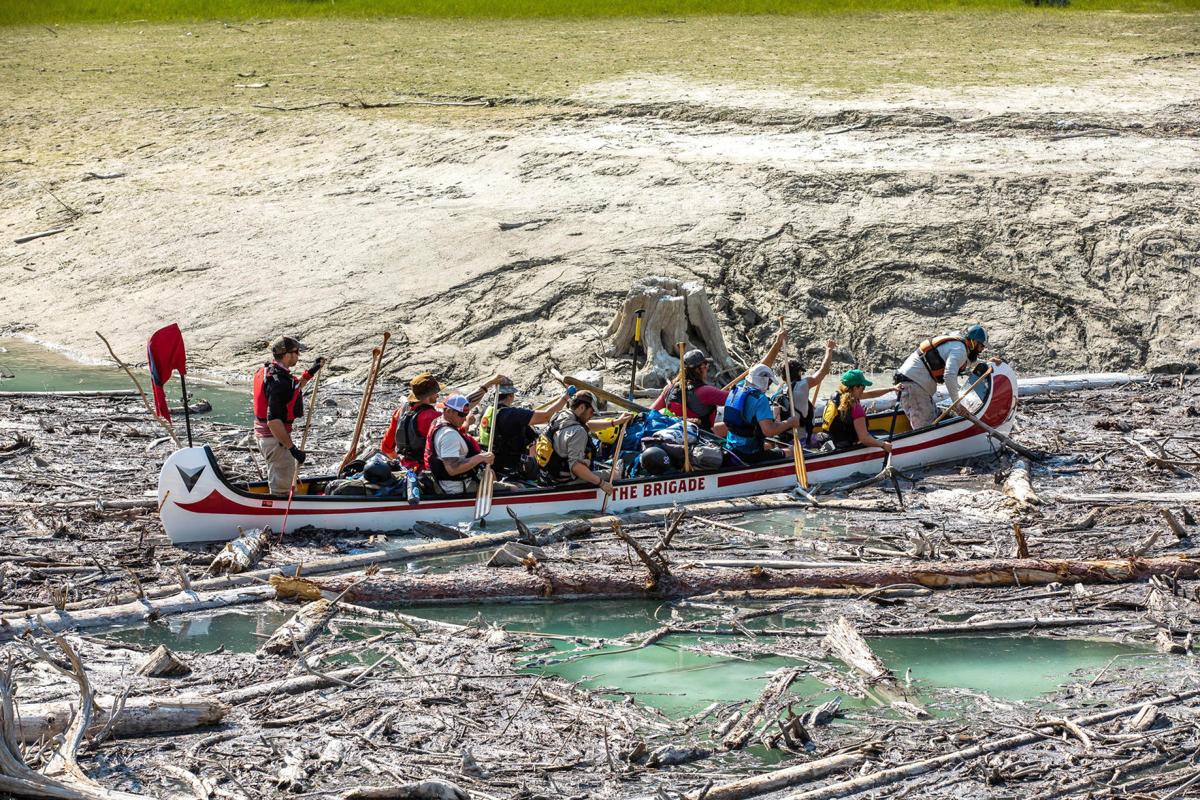 Caught in a blizzard in the mountains with an injured horse, sinking a boat into an ice-covered lake, catching a giant catfish by hand while fighting the fear of drowning, wrestling a steer and blowing out a knee. In the Kaleb Summers book of adventures, it’s all good.

The 31-year-old Claremore guide said the outdoors misadventures in his life, as well as the successes, prepared him for his latest full adventure, one that all have a chance to watch on television in weeks to come as “The Brigade: Race to the Hudson” premieres April 22 on Outdoor Channel at 7 p.m.

Summers will be one of 10 strangers thrown together to traverse 750 miles of Canada’s wilderness in 28 days along a 19th-century fur trade route, using historic maps (no electronics, no fuel), hiking mountain passes of the Northern Rockies, and portaging and paddling the biggest canoe I’ve ever seen (seats 10) in a high-stakes contest.

“Literally I would not have it any other way,” Summers said about his most trying misadventures over the years. “All of those things prepared me to take on something like this. ... I cannot stress enough that doing it the hard way, it kind of makes you calloused to the hard situations and prepares you for getting dunked in the icy water and the other accidents that can happen.

“You learn to control your fear. I look back on all that stuff and it was terrible while I was living it, but I’m better for having lived it.”

Regular readers will recognize Summers. I first wrote about him in June 2012 when, as a rookie, he was the first to break the 70-pound mark with a big flathead catfish in the Okie Noodling Tournament. The next few years, he guided novice noodlers and promoted his own noodling tournament, “Battle of the Big Cats,” in Claremore. Last year, he gave “Battle of the Bills,” a spoonbill fishing tournament, a try.

He’s part contractor, part promoter, part cowboy and part hunting and fishing guide. As you read this, he’s probably on horseback headed to the woods to hunt turkeys. He enjoys using horses on his hunts, including those for elk and mule deer. Rodeo and steer wresting are the top of his list this coming year. Last year, it was reality television.

Like his win in his first noodling tournament, the rookie wasted no time once he set his sights on reality TV. He flirted with tying the knot right away, literally.

“It wasn’t even a week or two after I’d made up my mind I would apply for a reality show when I was contacted by an agent of ‘Married at First Sight,’ ” he said.

That’s the one where total strangers are paired sight-unseen by matchmakers, get married and spend the next few weeks figuring out if they think they should be married.

Summers got cold feet on that idea, but he said he immediately felt he might have blown a chance by declining. But, days later, he learned of “The Brigade” and breathed a sigh of relief.

“Can you imagine if I had signed on for ‘Married at First Sight’? Oh, man,” he said.

As a consumer of outdoors programming, I’d rather not imagine that, honestly.

Rather than one bride, Summers was instead tossed in with nine teammates. The “Race for the Hudson” references a race against time and the elements, not a race against others. In fact all 10 members of “The Brigade” would have to make it to the finish line in time for the group to collect a $500,000 prize.

No spoiler alerts here, by the way. I didn’t even ask if they made it. I’ll watch and see.

If the route wasn’t tough enough, the personalities could have been. Spend days in the wilderness with people who are cold, cranky, sore, tired, sick or injured or hungry, and you’ll learn a whole new definition of “interpersonal relationships.”

“In the mountains when it’s tough conditions, that’s when best friends can become enemies,” Summers said. “And here I was going all the way to the middle of nowhere with people I’d never met in my life.”

If Summers knows anything about outdoors adventures, he knows just how hard it can get, and he said “The Brigade” challenge was real tough — and not just television.

Use of historical maps and using compasses was a challenge for the modern-day travelers accustomed to turning to a cellphone or GPS. The deadline and strict food rations weighed heavily against their physical limits.

“We were super-rationed on food, so if at any given point you get lost, it can be a day wasted on travel, food wasted,” Summers said. “You can’t afford to get lost and you can’t hit the pause button and ask, ‘Are we going the right way?’ ”

The old maps weren’t bad, but navigating based on landmarks is tough, he said.

“You know how it is: You’re looking at an island on the map, but all the sudden all these islands are starting to look alike,” he said.

“You see things you didn’t dream existed out there,” he said. “Literally, we followed the route people back in those days 200 years ago followed and it was almost surreal at times. You forgot about the pain and hunger and the misery because you were so caught up in the starlight of seeing all these things a lot of people never get to see.”