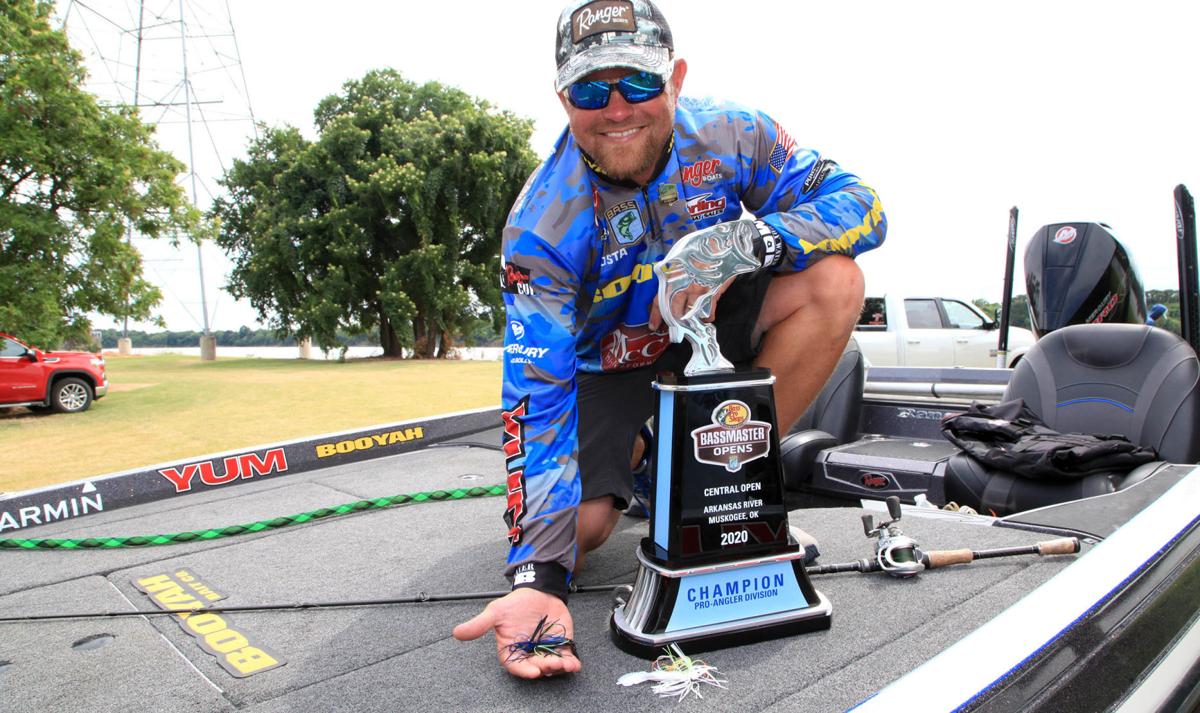 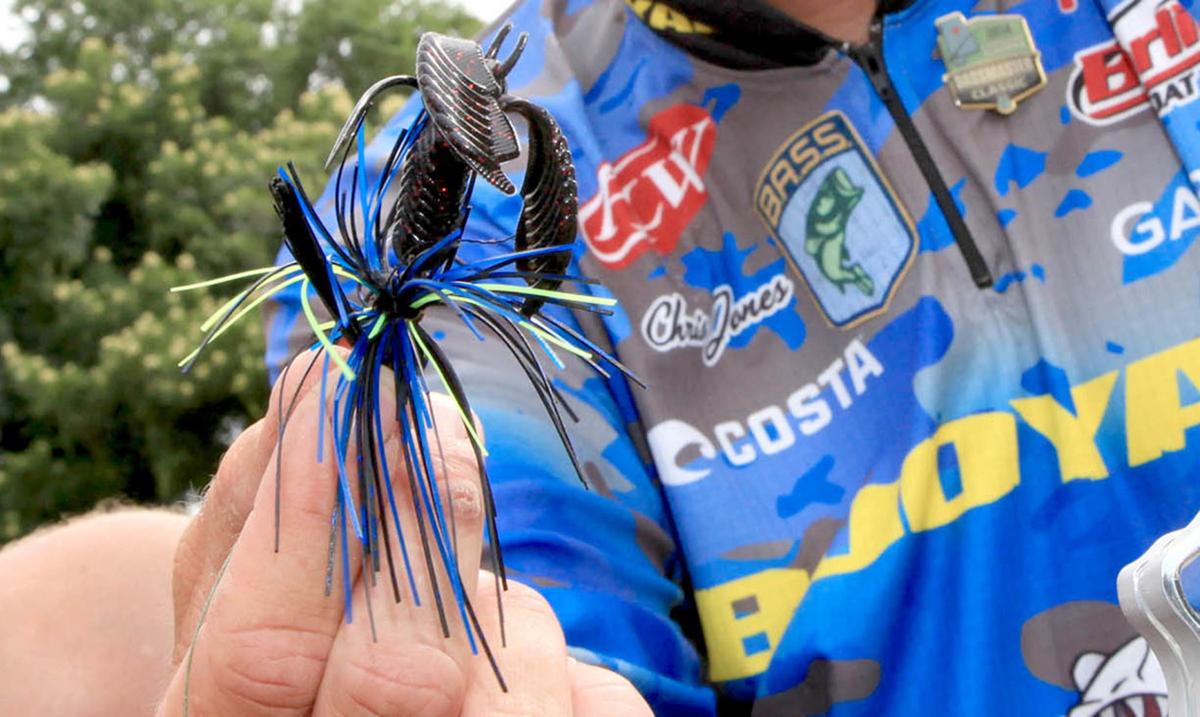 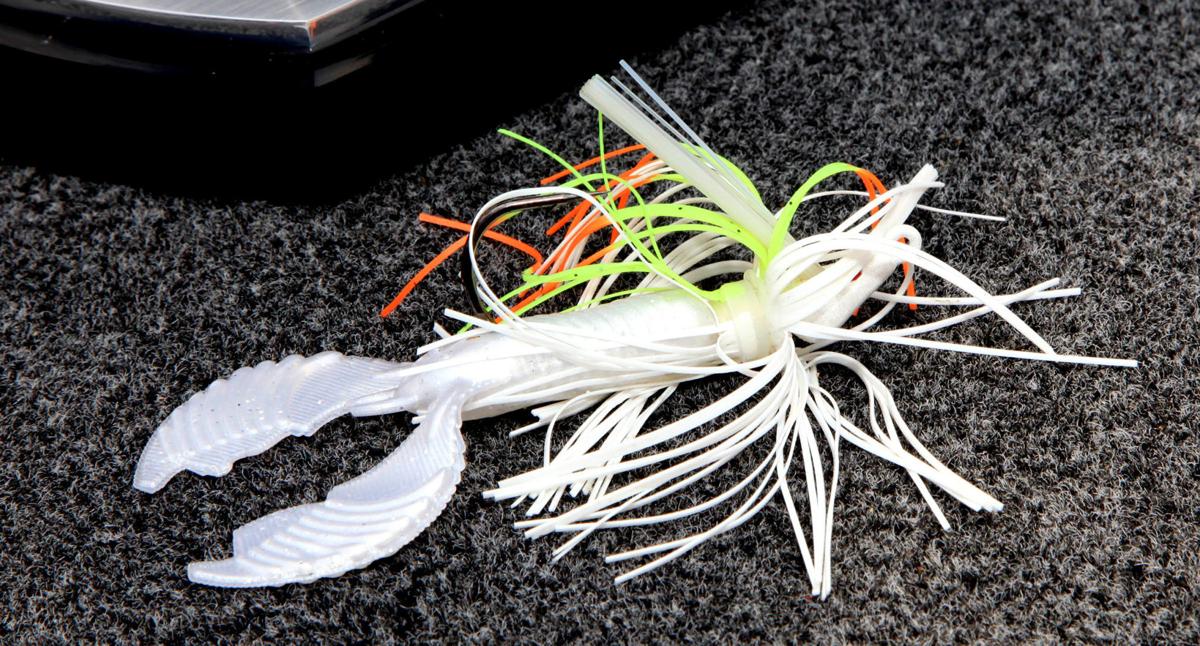 The Three Forks area of the Arkansas River finally got back to being itself this month, after more than a year of high-water events that left pretty big changes along some stretches.

The river is not, but it finally is back to normal, you might say.

The bass pros were up against the clock and had to compete against a big field, so some might feel the river didn’t “show” as well as it could. Indeed, there were a lot of zeros on that leader board.

But Bokoshe pro Chris Jones showed us what that long and winding fishery has to offer by punching his second ticket to the Basmaster Classic and collecting about $45,000 with a 19-pound bag on the final day.

He won the contest with 15 fish and a total of 42 pounds, 13 ounces. About a 3-pound average is pretty good for any native bass fishery, but he had some 5-pounders among his bags. A pair of 5-plus-pounders won the tourney’s big-bass award. And Jones said another 4-pounder and another one that pushed 6 slipped his hook on that final day.

“If I would have put all my fish in the boat it wouldn’t have even been close,” he said.

At one point, Jones and his co-angler hit and lost a string of fish they guessed easily totaled 25 pounds between them.

“I thought I’d lost the tournament right there,” he said.

Still, 19 pounds isn’t bad and it’s clear that a shot at a day with several 5-pounders on the line awaits any angler who hits the river this summer.

Jones used a prototype swim jig that he said Booyah Bait Company is due to launch in July. It doesn’t even have a name yet, so just watch for a jig with a heart-shaped head coming out of Booyah in the coming month.

Throughout the tourney, Jones used either a black or white 3/8-ounce jig tipped with a Pearl or Black Neon 3.25-inch YUM Craw Chunk creature bait.

He never caught a fish in anything more than two feet of water and he fished mostly water willows, wood and laydowns, he said. His final day was spent mostly in the willows on Kerr Reservoir.

If the cover was particularly heavy he would flip the bait in “and yo-yo it out,” but the majority of the time he tossed and retrieved the weed-guarded swim jig essentially like a spinner bait or crankbait, he said.

Early in the tourney the white-pearl combo worked with bass that appeared to be feeding on shad. The black neon was the color to use on the final day, Jones said.

“Yesterday I had like four perch in my live well and today my live well was full of perch,” he said Saturday at the finale. “My co-angler caught one fish that wasn’t a keeper and a perch fell out of its mouth on the floor and was still alive.”

If not for a 2-pound penalty for losing count of his fish at one point and leaving six in the live well, Tennessee’s John Garrett would have been the champion at this contest. He picked apart the Arkansas with Texas-rigged Strike King Rage Claws in Green Pumpkin in clear water and Blue Craw in muddy water.

Garrett said he hit the wood, literally, with ½- and 3/8th-ounce tungsten weights and relied on tough line and a fast reel for solid hookups. He found all of his bass shallow, including a 4-pounder that would have been the one that put the tournament away for him that he could see sitting right up against a muddy bank.

“When I’d get up to it, I’d flip that bait up and hit the wood,” he said. “When it hits them in the face, you get that reaction bite.”

Spooling his Lew’s HyperMag reel with an 8.3:1 gear ratio with 20-pound-test Seaguar AbrazX line was key for successfully smacking stumps all day and for successful hook-ups and keeping fish on the line, Garrett said.

“These fish are super-strong and they run like crazy, so you need that reel speed to help catch up to those fish and get them in the boat,” he said.

The local favorite, Bassmaster Elite Series angler Dale Hightower of Mannford, almost pulled through to win by hitting wood with a Texas-rigged 7-inch or a 10-inch Yum Ribbontail in blue fleck and hitting banks with a Booyah Baits XCS Square Bill 1.5 crankbait in Citrus Shad.

No doubt he put a lot of fish in the boat, and he did it by thoroughly working the cover he could find.

“I like to start left to right or right to left and work all around it and make sure I hit all the angles,” he said. “I’ll work around the outside first and then go toward the center. If you go straight to the inside first, you might mess up anything else that might be around it.”