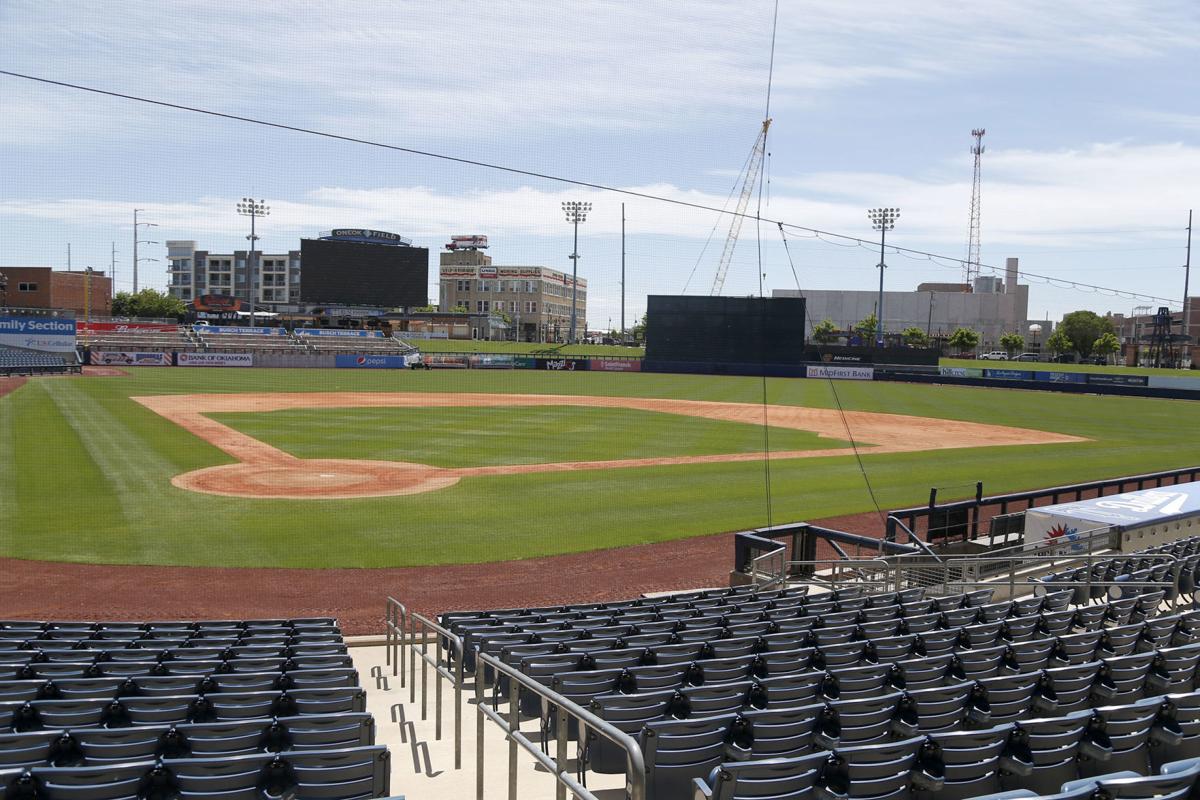 ONEOK Field and other minor league ballparks may be without baseball for all of 2020 because of the COVID-19 pandemic. STEPHEN PINGRY/Tulsa World file 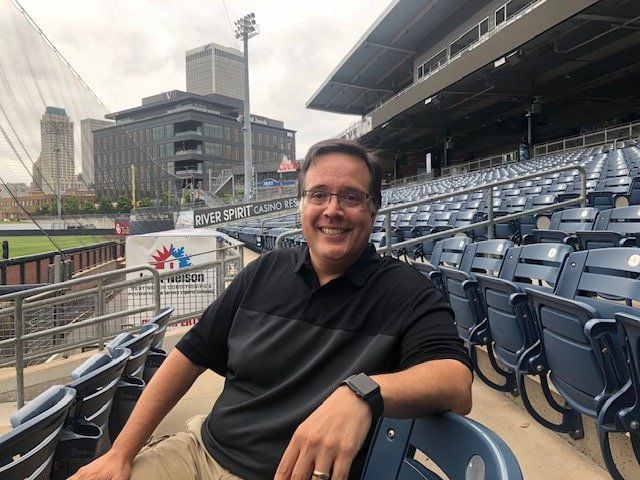 Drillers president and GM Mike Melega says “nobody ever wants to have a season go unplayed.” He adds that he is concerned for some minor league teams. BARRY LEWIS/Tulsa World

ONEOK Field and other minor league ballparks may be without baseball for all of 2020 because of the COVID-19 pandemic. STEPHEN PINGRY/Tulsa World file

Drillers president and GM Mike Melega says “nobody ever wants to have a season go unplayed.” He adds that he is concerned for some minor league teams. BARRY LEWIS/Tulsa World

And Melega also is glad to borrow a line from a late New York Yankees legend he has long admired, Yogi Berra, who was known for saying “It ain’t over ‘til it’s over,” and apply it to when it comes to Minor League Baseball getting the green light from Major League Baseball to play in 2020.

“That’s always been my approach on everything I do,” Melega said. “If we’re six runs down in the bottom of the ninth, I’m still believing we can win.

“Nobody’s told me the season has been canceled, so I’m going to remain optimistic. That’s what I’ve reinforced with our staff. It’s no time for giving up.”

Melega, however, sees that prospects are growing dimmer that minor league teams will play this year after the COVID-19 pandemic resulted in baseball’s shutdown on March 12 — four weeks before the Drillers’ season was scheduled to open.

“There is a glimmer of hope, but we need a Hail Mary,” Melega said.

Texas League President Tim Purpura, who keeps in regular communication with Melega and leaders from the TL’s seven other teams, isn’t giving up on the season, either.

“But as the days go on, the calendar keeps clicking away,” Purpura said Friday, referring to a schedule that would have neared the one-third pole this weekend.

Two weekends ago, when Major League Baseball released its extensive 67-page list of proposed health/safety protocols for returning to action this year — which included no fans in the stands — it became apparent that Minor League Baseball’s odds of playing this summer were worsening.

“I had always tried to stay optimistic until then,” Drillers broadcaster Dennis Higgins said.

While not having fans at games may work to some extent for major league teams due to broadcast revenue, it won’t at all for minor league teams who depend on in-park attendance.

But even without that stumbling block, the number of restrictions in the MLB plan that has been proposed to the Major League Baseball Players Association would be daunting for minor league teams.

“From what I’ve read of the (MLB) health and safety plan to open up, it’s a lot to ask of those individual clubs to make it work,” Purpura said.

After the protocols were revealed, St. Louis Cardinals President John Mozeliak said about minor leaguers to the St. Louis Post-Dispatch, “I don’t see a path for them all to be playing baseball this summer.”

Another bad sign regarding the minors this year was a published report that the Los Angeles Angels are laying off many minor league staffers starting June 1, and other teams are considering the same action.

“I think we could play and should play. I think it’s doable with mitigation, but the degree of fear that is out there probably won’t allow for it,” Higgins said.

Major League Baseball hasn’t made any announcement yet about canceling the minors’ season.

“Their first priority is to get Major League Baseball back, and then we’ll see where that takes us,” Purpura said.

Melega calls it “a long shot” whether the Drillers or any minor league team will be playing in 2020.

“I don’t think all 160 teams are going to play,” he said. “Where my hope lies is that maybe each major league team sends out one of its five affiliates to play. Where our teams are located in the Texas League, we have a good resume for a reopening.

“Do major league teams want all their minor leaguers in the 120-degree heat of Arizona? I think there’s got to be a good idea out there, and that’s why the season hasn’t been canceled. I think we’ll know by the end of May.”

Earlier this week, Sports Illustrated published a story, “Minor League Baseball Is in Crisis,” that painted a troubling overall picture for the minors — primarily due to the COVID-19 pandemic and the potential loss of the 2020 season. But also because even before the pandemic, MLB was looking to eliminate about 40 minor league teams after this season in its negotiations with the minors as the Professional Baseball Agreement expires in September.

“It’s honest,” Melega said about the SI story. “It’s reality. They laid it out pretty good.”

Prospects for surviving long term are bleaker in the lower minors, although two of the 16 Triple-A teams and five of the 13 Double-A teams responding to an SI survey were “extremely concerned” about their ability to continue to operate in the future.

Purpura said long term about the Double-A Texas League, “I think we’re going to be fine,” citing strong ownership, “the strength of relationships” with their major league parent teams and “great ballparks.”

Melega sees the Drillers being in good shape to make it through this storm that could cancel a Tulsa pro baseball season for the first time since the Texas League was shut down from 1943-45 because of World War II.

“Nobody ever wants to have a season go unplayed,” Melega said. “It would obviously be devastating, and everybody is feeling the pain. I worry for some clubs that don’t have the corporate base we have.

“The Drillers are in a much better position than many other organizations because of our great owners, our stability, a great organization and the support of our marketplace. We have the ability to get back on good footing. We have a special team. When we come back, our staff will be extra motivated and come back stronger than ever.”