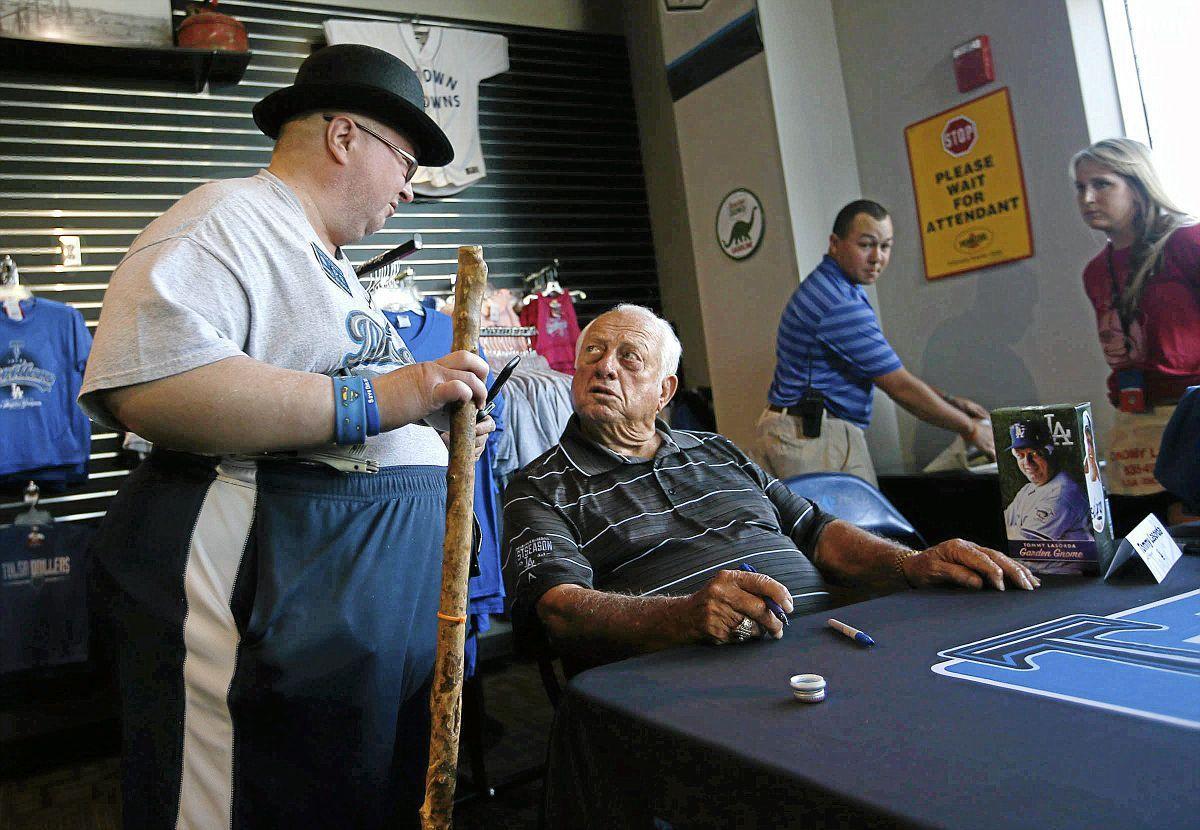 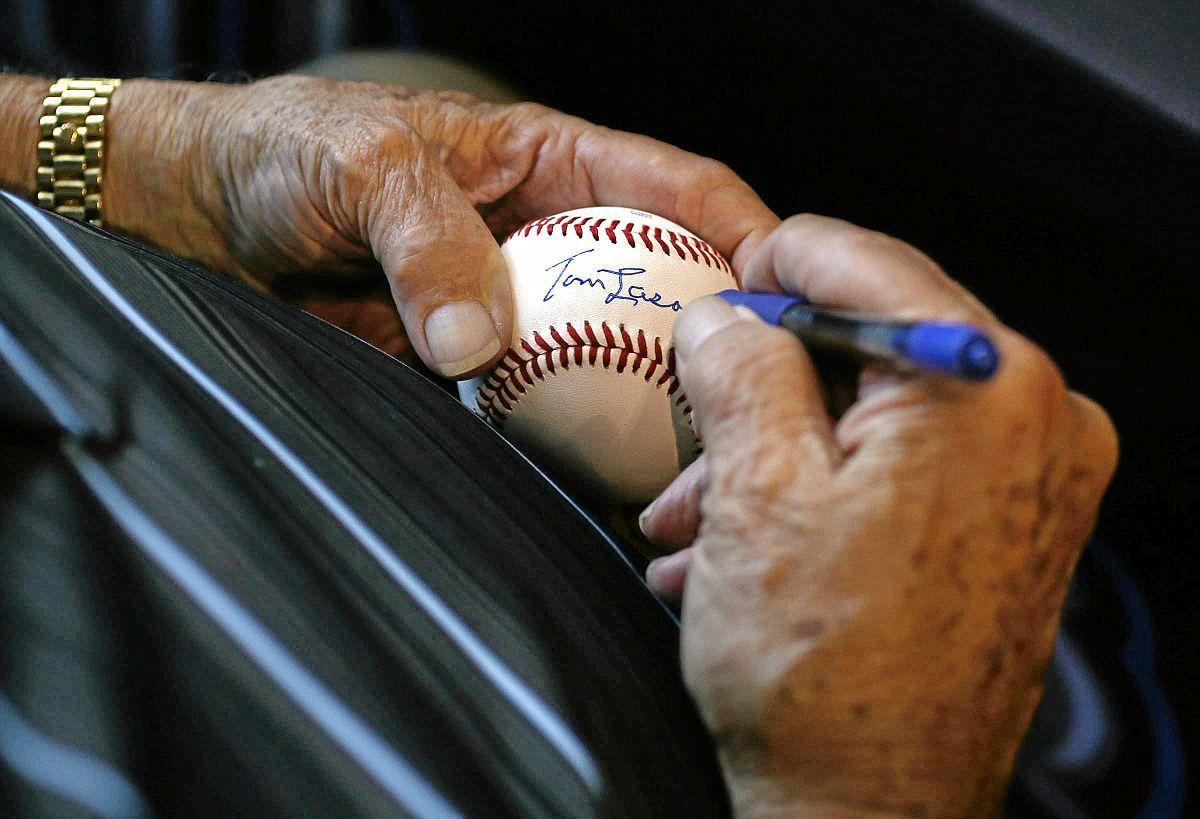 Dodgers legend Tommy Lasorda signs a baseball during an autograph signing session with fans at ONEOK Field in Tulsa, Okla., taken on July 16, 2015, Burchart's father played with Lasorda when he was in the Dodgers. JAMES GIBBARD/Tulsa World

Dodgers legend Tommy Lasorda signs a baseball during an autograph signing session with fans at ONEOK Field in Tulsa, Okla., taken on July 16, 2015, Burchart's father played with Lasorda when he was in the Dodgers. JAMES GIBBARD/Tulsa World

Two months away from his 88th birthday, Los Angeles Dodgers legend Tommy Lasorda isn’t showing any signs of slowing down — even on a brutally hot day in Tulsa.

“It gets a little warm here once in a while, but I played in Kansas City and Cuba, so I’ve played in some hot places,” Lasorda said during an appearance Thursday at ONEOK Field. “I was going to pitch against the White Sox and was sitting on the porch, and I saw a dog chasing a cat and they were both walking, that’s how hot it got in Kansas City.”

Lasorda has been entertaining fans for a long time — going back to his frequent “Tonight Show” appearances with host Johnny Carson in the 1970s and ’80s — and he produced a lot of smiles Thursday while signing autographs for Tulsa fans.

“I keep moving; that way they can’t find me and make me die,” said Lasorda, who keeps busy visiting Dodgers farm teams and also every major league ballpark with Michael Milken for the Prostate Cancer Foundation.

Last September when the Drillers’ Double-A affiliation with the Dodgers was announced, Lasorda promised he would return to Tulsa this summer. The Hall of Fame manager, who is a Dodgers special advisor to the chairman, is attending the final three games of the Drillers’ homestand, starting with Thursday night’s 4-3 loss to the Arkansas Travelers.

“I love talking to the players, talking to them about what it takes to make it to the big leagues, and tell them don’t ever do anything to tarnish the name of the Dodgers and the city that you play in,” Lasorda said.

“It’s a beautiful ballpark here. We were happy to come here, no doubt about it. This has always been a good baseball city, without a doubt, no matter who was here.”

Lasorda, who was acquired by the Brooklyn Dodgers in 1949 and has been in the organization since then with the exception of one season with the Kansas City Athletics, will again sign autographs from 6-7 p.m. Saturday. The first 1,500 fans will receive a Tommy Lasorda Garden Gnome that proved popular at Dodger Stadium.

“They ran out of them in Los Angeles. I can’t even get any myself,” Lasorda said. “It’s supposed to be something you put in your garden — they’ve put me in a lot worse places.”

Lasorda said he is impressed with Baseball America’s top minor league prospect, shortstop Corey Seager, who began the season with the Drillers before moving up to Triple-A Oklahoma City.

Lasorda also likes the potential of top pitching prospect Julio Urias, who is expected to return soon to the Drillers.

“He’s got great stuff and he’s going to be a real good pitcher,” Urias said.

Lasorda wouldn’t be opposed to major league expansion; reports have said Oklahoma City could be among the possible sites for a team.

“The more the merrier,” Lasorda said. “Oklahoma City is a wonderful city.”

The American League’s recent dominance of the All-Star Game, including Tuesday’s 6-3 win, is disappointing to Lasorda, who was 4-0 as an All-Star manager.

“I thought it was a good game,” Lasorda said. “I felt bad because we didn’t win. When I managed … we won 11 in a row. We played with a lot of energy and lot of determination. That’s what you’ve got to do in an All-Star game.”

The parent Dodgers will open play Friday after the All-Star break with a 51-39 record and 4½-game lead over second-place San Francisco in the National League West.

“I think it’s gone about the way we thought it would, (that) we would be in first place and the rest of the teams fighting for second place,” Lasorda said. “We’re still better than we were in the first half.”