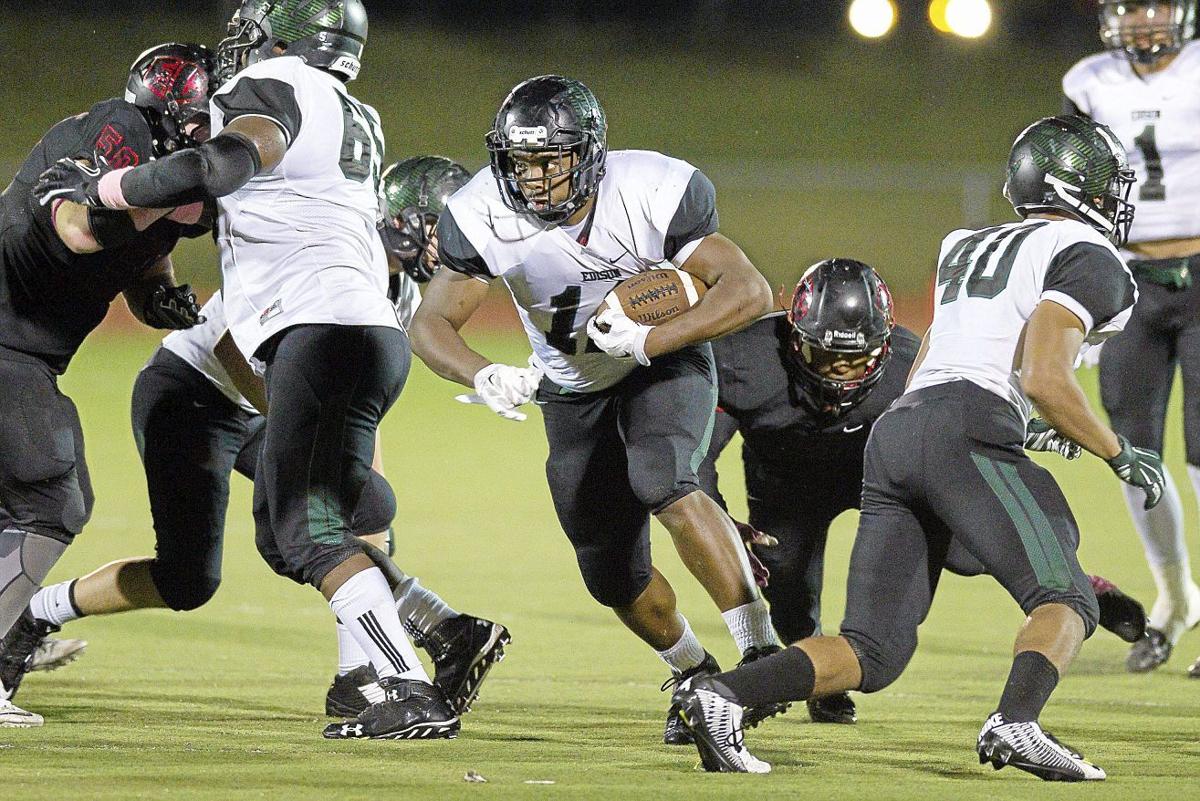 Edison’s Mike Austin runs through a hole created by Alex Criddle (left) and Jerome Townsell during their game against East Central on Friday. BRETT ROJO/for the Tulsa World 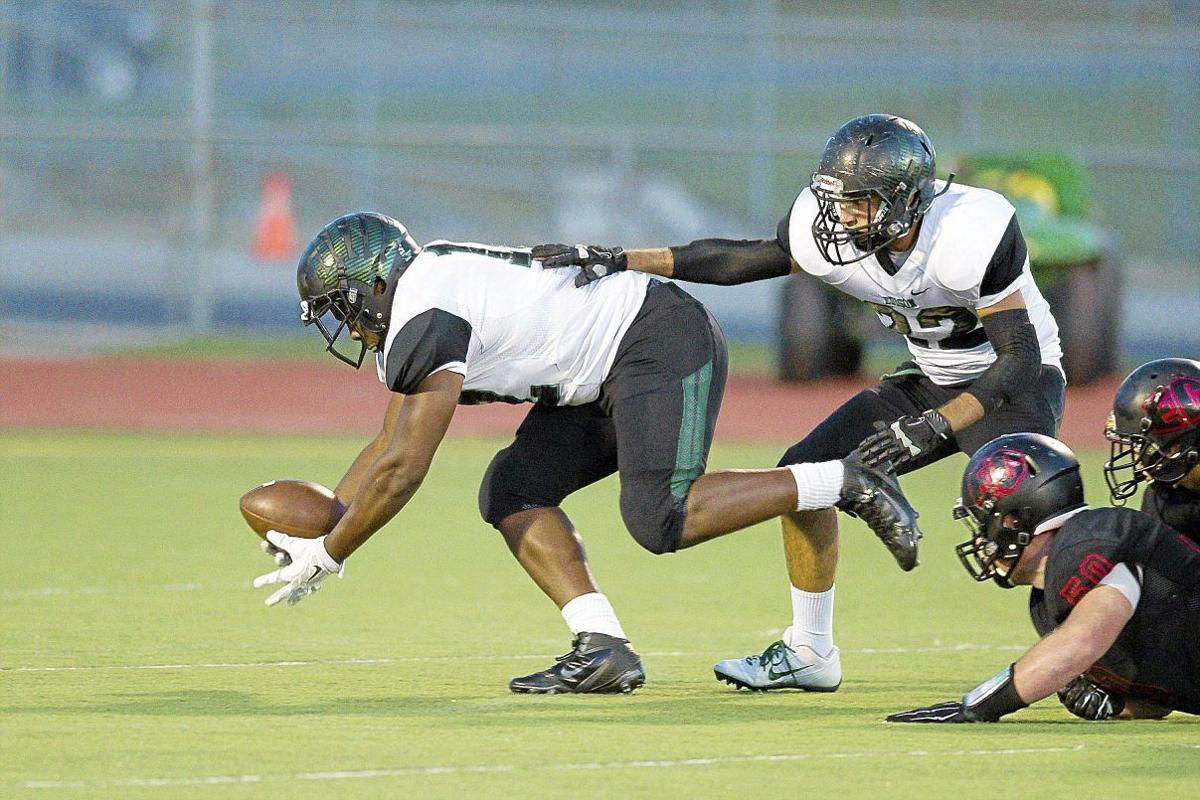 Edison’s Mike Austin runs through a hole created by Alex Criddle (left) and Jerome Townsell during their game against East Central on Friday. BRETT ROJO/for the Tulsa World

Mike Austin’s first touchdown came by accident — unlike his next three.

After East Central fumbled the snap on its first offensive play, the Edison senior scooped up the loose ball and returned it 17 yards for a touchdown.

Austin, who lined up at running back and linebacker, scored four touchdowns, giving the Eagles the boost they needed to pull away for a 55-20 victory over East Central at East Side Sports Complex on Friday.

“Tonight was just a night where he got some things going offensively and defensively,” Edison coach D.J. Howell said of the 6-foot, 230-pound Austin. “He made that big play there, and it did spark us. It got us going.”

By dominating the line of scrimmage and forcing six turnovers, Edison (3-3, 1-1 5A-4) scored 21 straight points in the first half and spoiled East Central’s homecoming game.

The Cardinals (0-5, 0-3) regrouped following their early fumble, and on the very next possession, freshman quarterback Eric Crumb connected with wide receiver Landon Wolf on a 27-yard touchdown pass.

But Edison’s offense picked up the pace and found its rhythm after Wolf’s touchdown cut the Eagles’ lead to 7-6 with 7:22 remaining in the first quarter.

Edison scored touchdowns on their next three possessions, including on runs of 1 and 2 yards by Austin. He finished with 15 carries for 99 yards and three rushing TDs.

“After they scored, we wanted to re-establish the line of scrimmage with our offensive line and our running backs,” Howell said. “And so we kind of took the air out of the ball a little bit right there, and then we just started kind of grinding out some plays, putting it in our running backs’ and offensive line’s hands.”

On the Eagles’ first play of the second quarter, quarterback Scott Gilkey found Marcus Mays wide open for a 39-yard touchdown pass, extending Edison’s lead to 28-6 with 11:04 remaining in the half.

East Central made things tougher on itself by throwing two interceptions and losing four fumbles, including two that Edison returned for touchdowns.

After stripping the ball near the line of scrimmage, Eagles freshman Dustin Sabell returned it 41 yards for a TD to put Edison ahead 54-12 with 2:04 remaining in the third quarter.

“It’s tough. We started a freshman quarterback tonight, and obviously he did a great job,” East Central coach Cameron Bennett said. “But when you start young guys like that, you know there’s going to be some mistakes.”