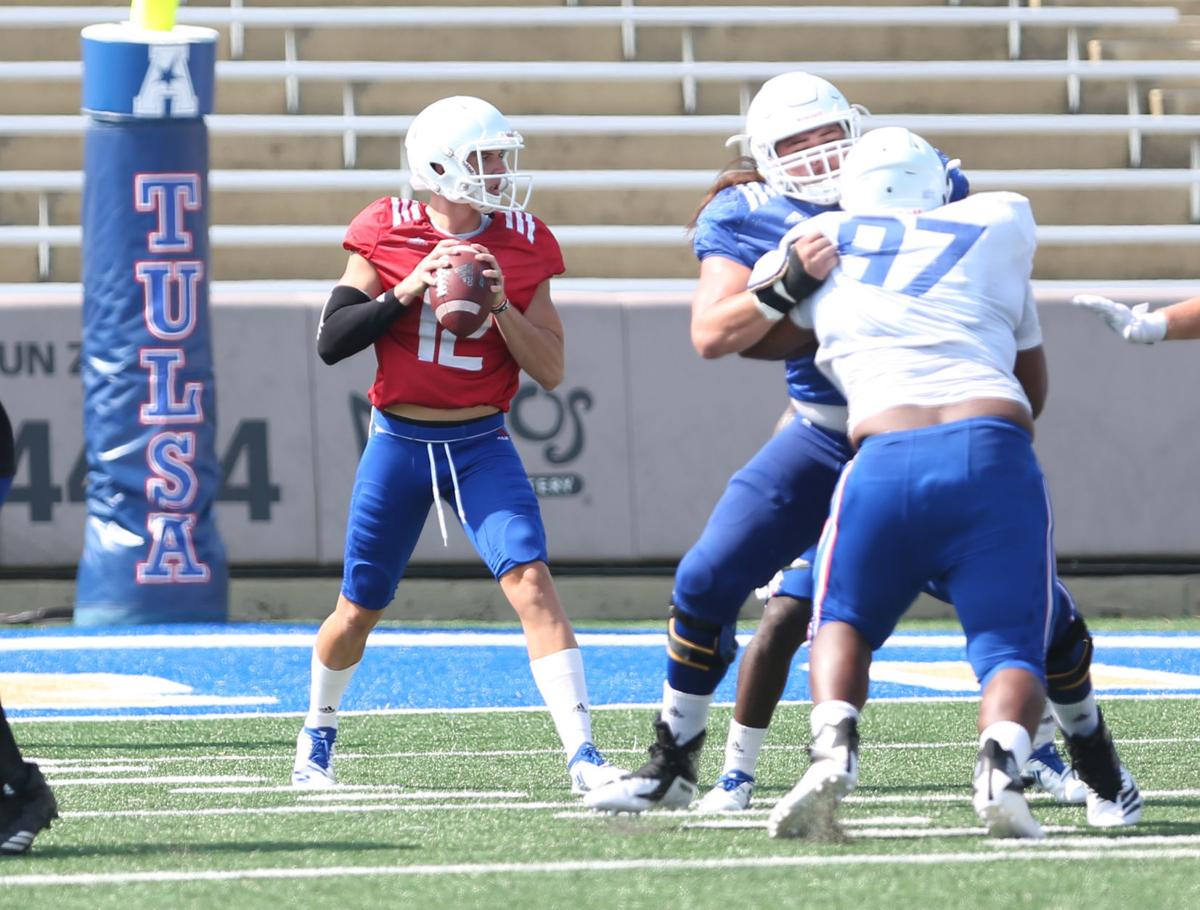 Quarterback Seth Boomer sets up to throw a pass during Tulsa’s scrimmage at Chapman Stadium on Saturday. JOEY JOHNSON/for the Tulsa World 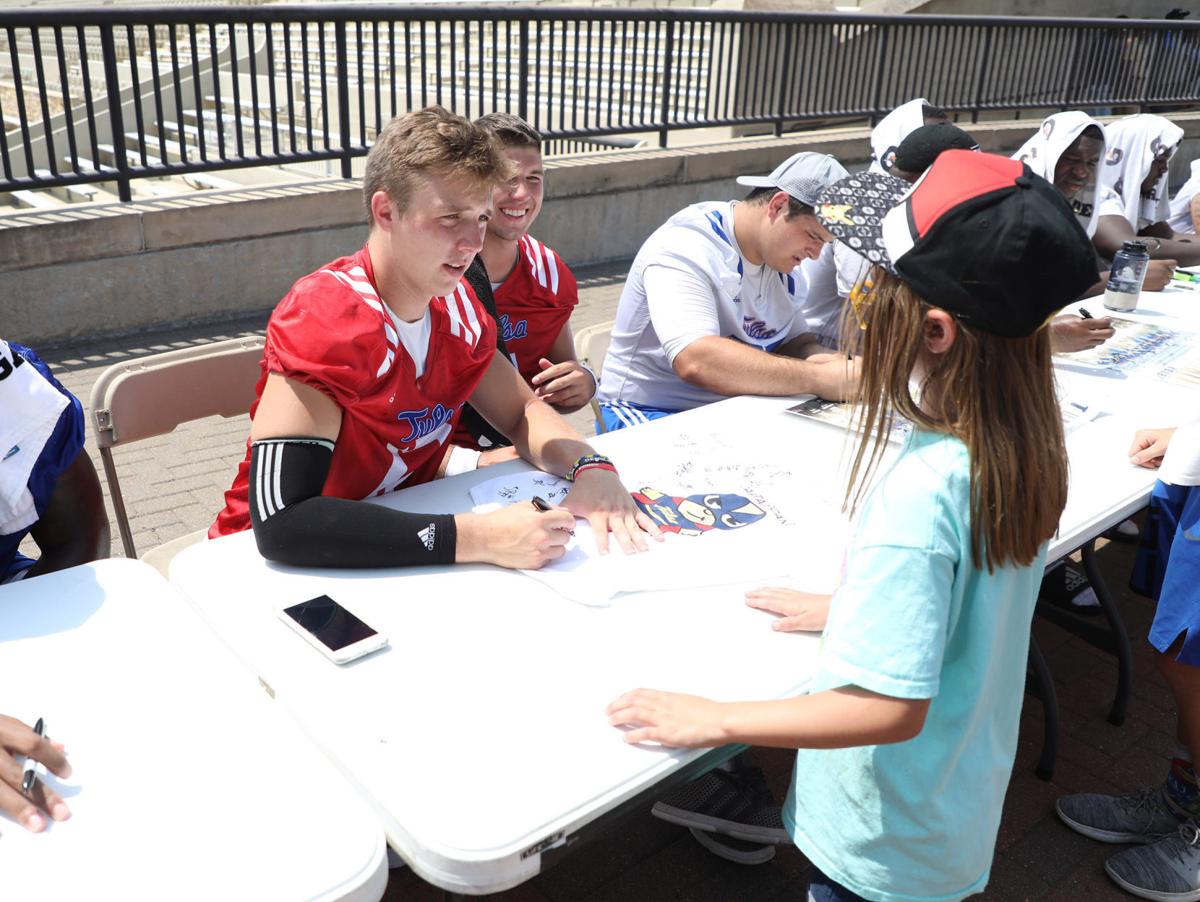 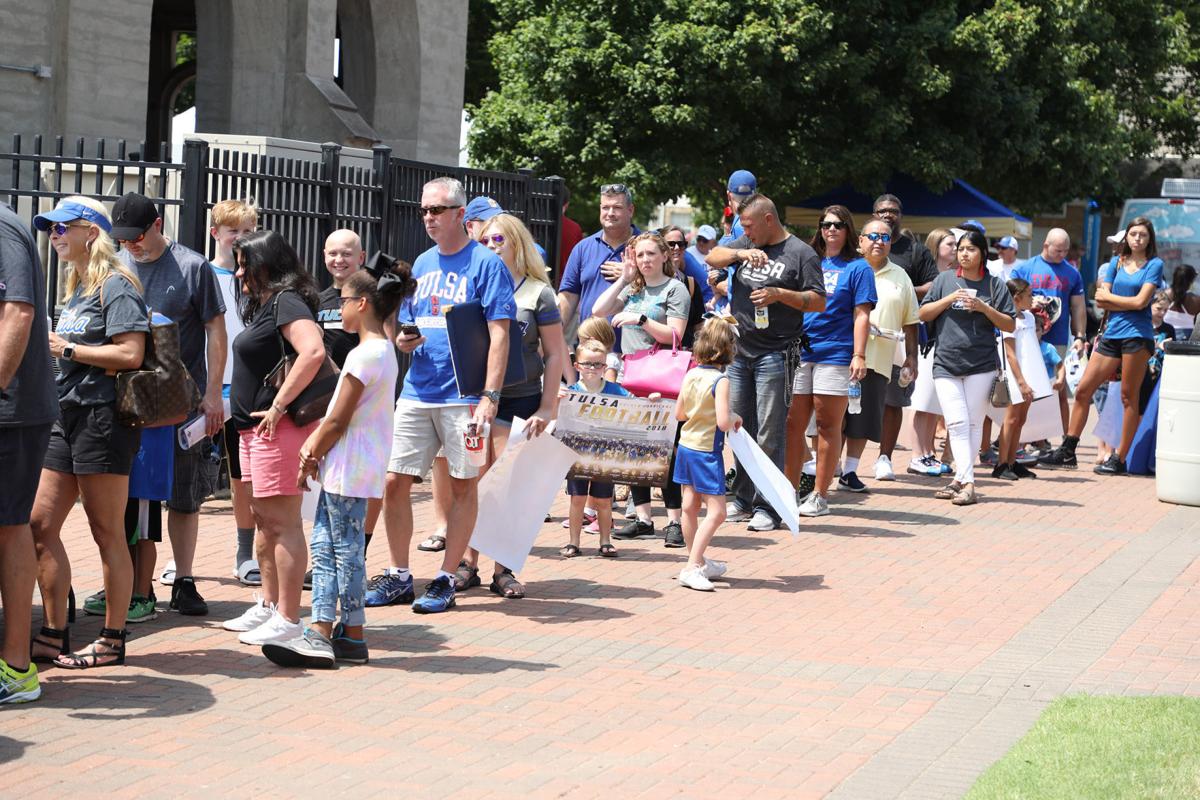 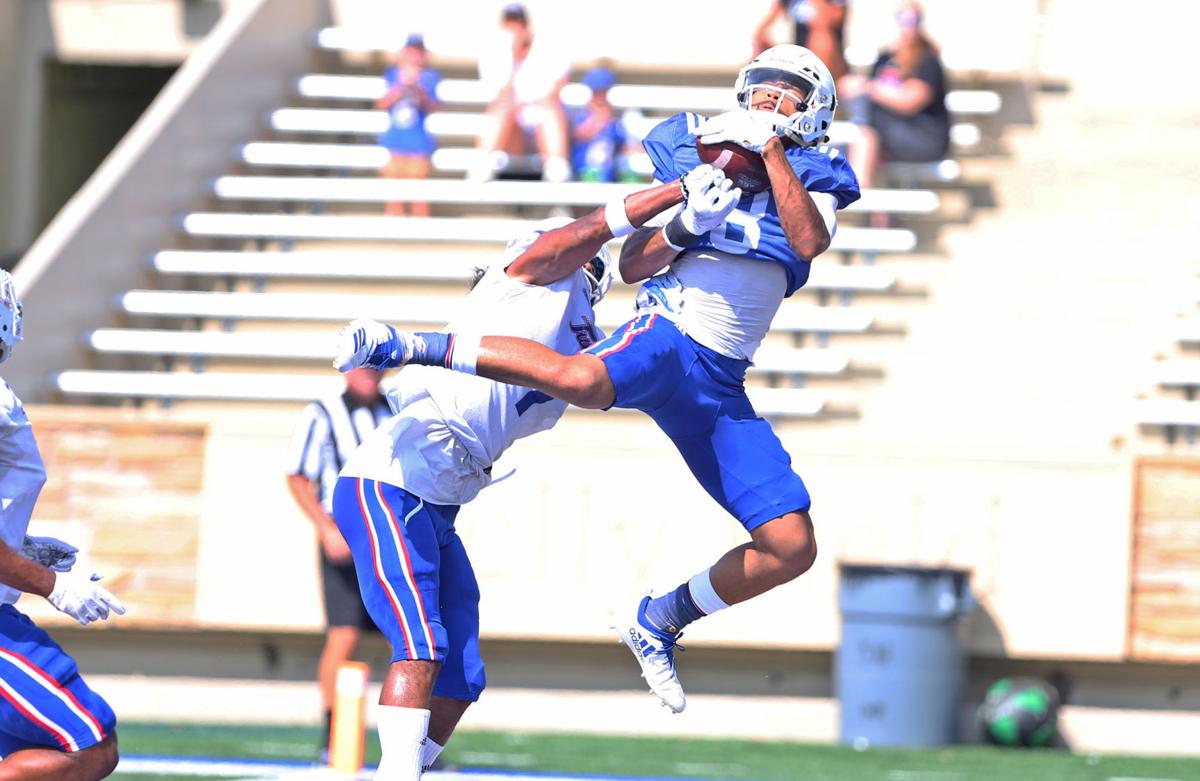 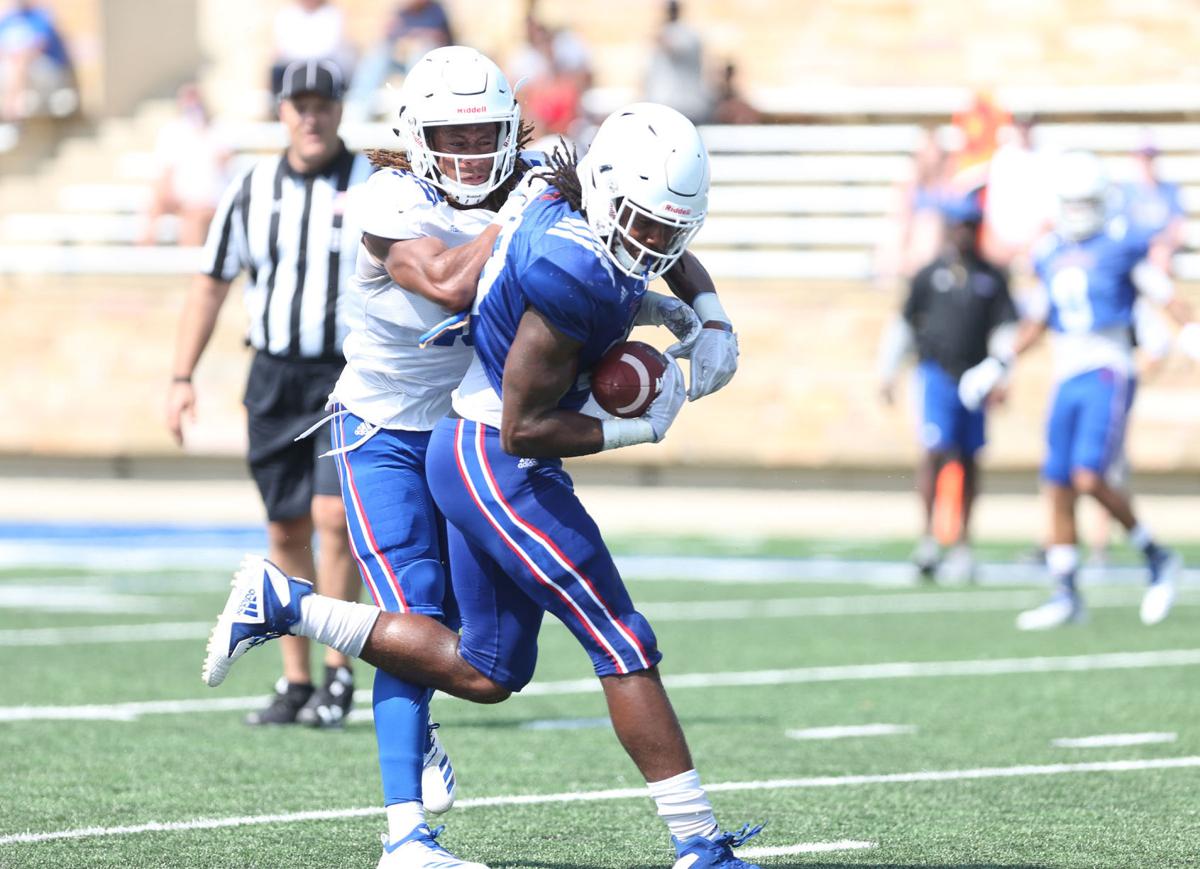 Quarterback Seth Boomer sets up to throw a pass during Tulsa’s scrimmage at Chapman Stadium on Saturday. JOEY JOHNSON/for the Tulsa World

Following the program’s worst passing season since 1995, the University of Tulsa has several options for its starting quarterback.

Among them are Luke Skipper and Chad President, the 2017 starters who combined for six touchdown passes and six interceptions. The other quarterback in the three-man race is Seth Boomer, an unflappable redshirt freshman from Collinsville.

“Nothing seems to affect him,” coach Philip Montgomery said. “He handles adversity. I’ve jumped him in practice and he’s (to the) next play, handled it and moved on.

“He doesn’t play on the roller coaster. He’s on a steady track and that’s what you need when you’re sitting back there playing quarterback.”

Boomer, who is listed at 6-foot-3 and 205 pounds, threw two touchdown passes Saturday in a scrimmage in front of a crowd of about 300 for the annual fan fest at H.A. Chapman Stadium. Both passes were for more than 20 yards, with Justin Hobbs and Keenen Johnson pulling down the catches.

“That’s the best feeling there is,” Boomer said. “We had some good drives — some long drives and a couple of quick drives, which is what we want.”

Johnson also snagged a touchdown catch from Skipper as part of a pass-heavy day. The run game appears in good hands with Shamari Brooks and Corey Taylor II back, along with a capable offensive line.

“I don’t know what our stats were and I don’t care, but I do care about the (completion) percentage parts of it and I thought our percentages were pretty good,” Montgomery said. “That’s the one thing after last season that I talked about — that we’ve got to get back to being more explosive. I saw some of that today and we’ve got to get more consistent in our passing game.

“I think our run game will be fine. We’ve got to continue to keep working it, obviously, but I’ve got a lot of faith in those guys up front and what we’ve got in the backfield. If we can balance back out, then I think we can be a pretty tough team to deal with.”

After opening the scrimmage with a false-start penalty, the first-string offense bounced back to score on its first drive, a Skipper-orchestrated series that ended with the pass to Johnson.

“It gives us some confidence to roll with the rest of the day, just to know you can throw it up and a guy’s going to make a play for you,” Skipper said.

Skipper, who last year emerged at midseason as the starter, appears to be the frontrunner in the quarterback battle because of improved consistency and more maturity.

“I think the receivers feel the confidence that he has right now,” Montgomery said. “He’s throwing the ball with a lot of pace and a lot of decisiveness to him. We’ve got to continue to do that.”

About a dozen players were held out of the scrimmage while recovering from injuries, including projected starters Reggie Robinson II at cornerback and Diamon Cannon at linebacker. McKinley Whitfield and Jabari James had an interception apiece, and Trevis Gipson recorded two sacks and batted down two passes.

“The defense did pretty good,” Gipson said. “We’re still working on details overall, stopping the pass, stopping the run, anything to take that step forward.”