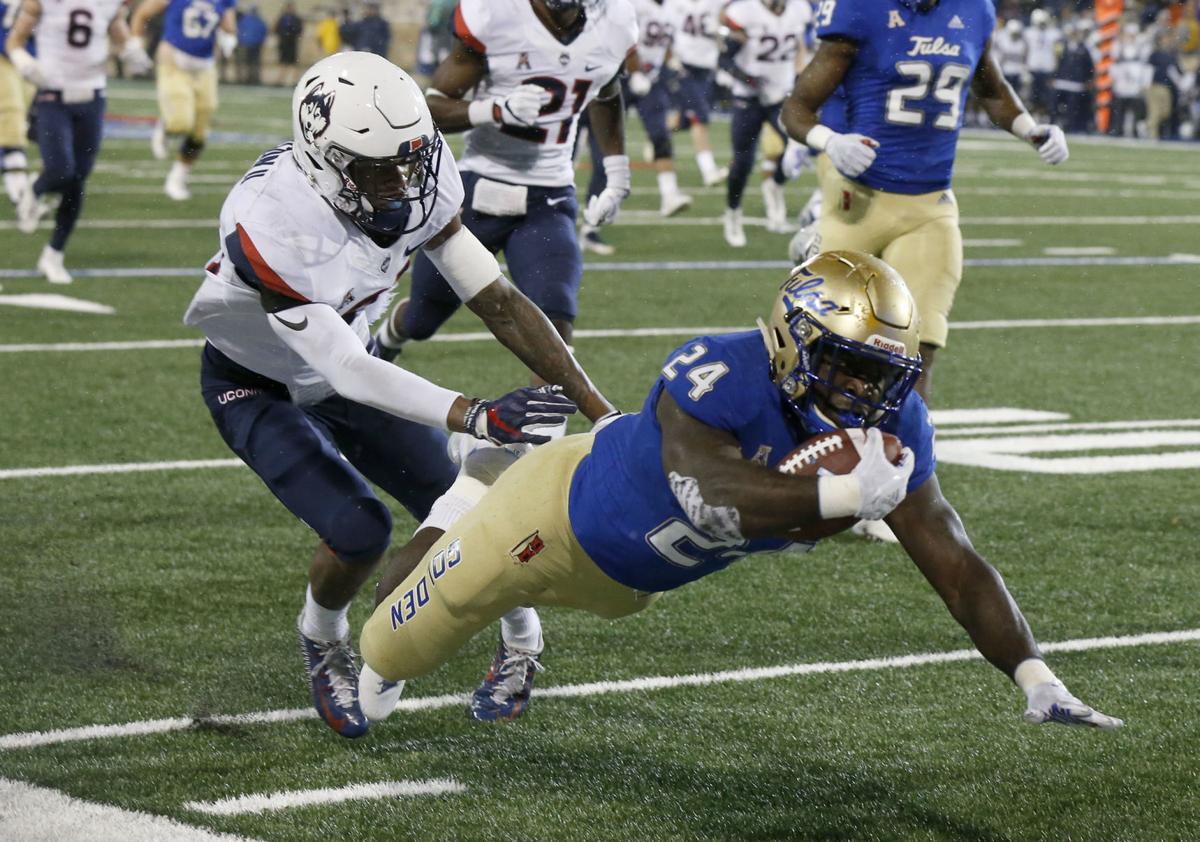 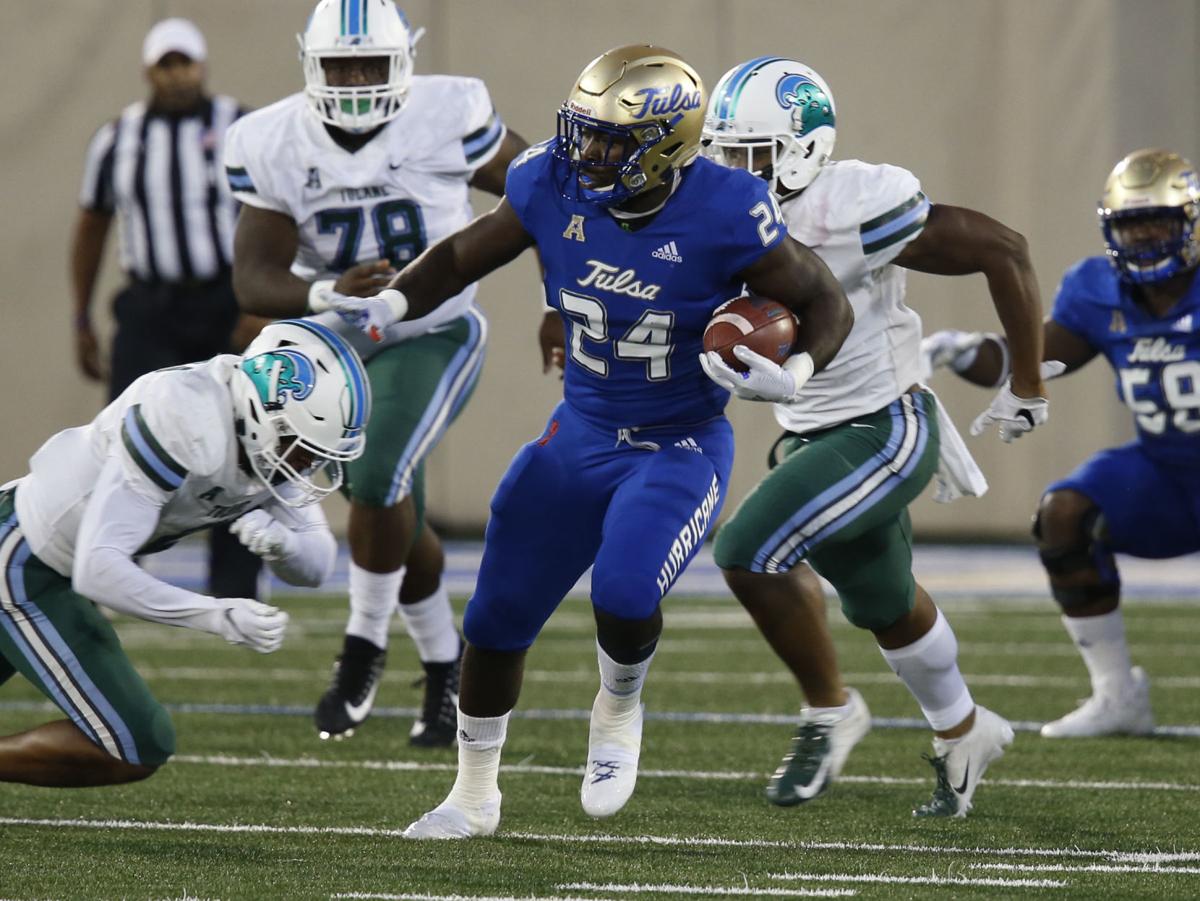 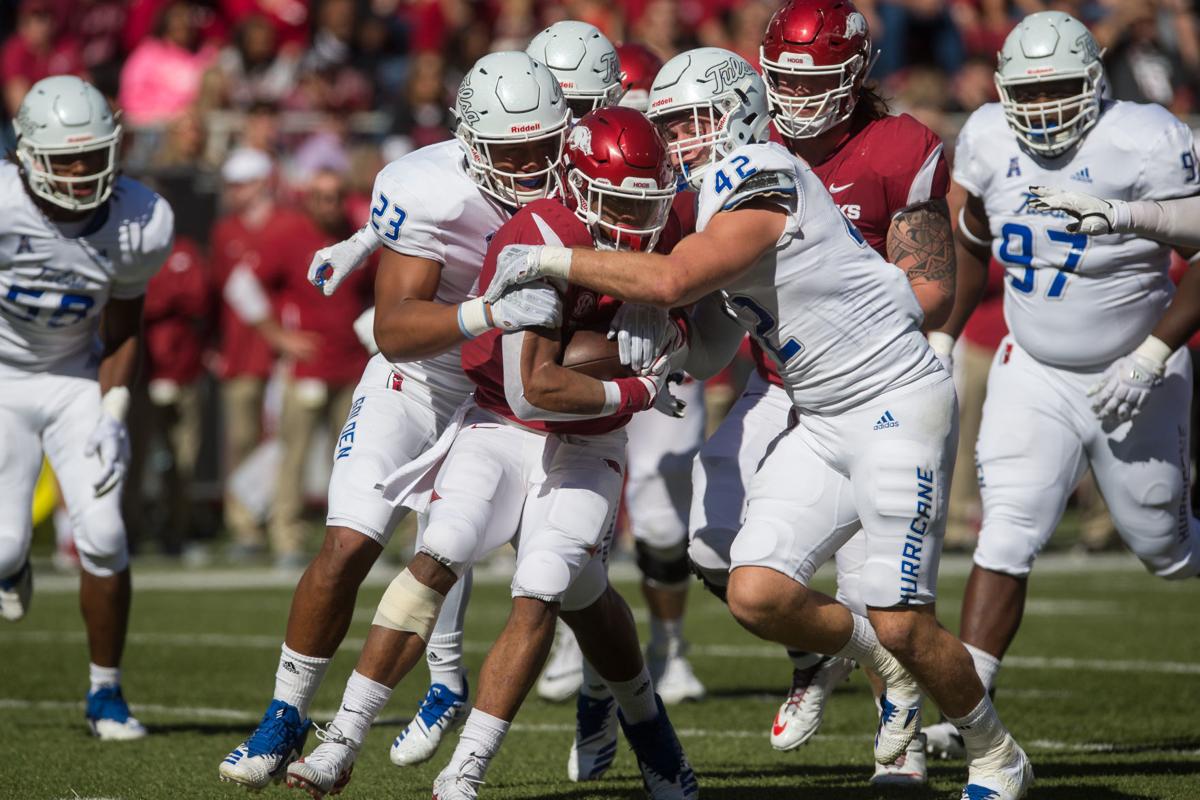 Tulsa at Navy four downs: Hurricane finishes without a road win for second year in a row

The University of Tulsa threw everything it had at Navy’s tricky triple option, but the Hurricane defense whiffed all over the field during Saturday’s 37-29 defeat that sent the losing team to last place in the American’s West Division.

“Playing Navy is always tough,” safety Manny Bunch said. “With the style of offense they run, you’re not really used to seeing that. When you put that together with the athletes they have out there, it can be a really tough challenge.”

The Midshipmen torched TU for 389 rushing yards and went 11-of-15 on third downs. Eight of those conversions needed only 3 yards or fewer, an easy task for a ground game that averaged twice that.

“There were several times that we were in situations when we played really well on first down, got them in second-and-long and then they end up in third-and-short,” Montgomery said. “You can’t do that.

While dropping its 12th consecutive road game, the Hurricane (2-9, 1-6 AAC) couldn’t overcome a series of miscues including a crucial turnover early in the second half that resulted in a 10-point swing.

Trailing 27-16, TU was finding rhythm offensively and knocking on the door of the end zone, but the six-minute drive produced no points and ended with a Corey Taylor II fumble at the 3-yard line.

“That’s a huge play in the game,” Montgomery said. “We’ve put together a great drive right there. We’ve got to finish that thing especially in that type of atmosphere and this type of game.”

Navy, which scored on six of its 10 possessions, added a field goal on the ensuing series and then picked off quarterback Seth Boomer on an errant throw to squash another Hurricane opportunity. Boomer was otherwise effective while completing 19-of-28 passes for 206 yards.

“I thought this may have been his best overall game,” Montgomery said. “Obviously he’s still got a lot of room to grow, but he’s looking more confident and more comfortable in what we do.”

Boomer orchestrated a touchdown drive on TU’s first possession, something that hadn’t happened in the previous four games. The Hurricane took an early 7-0 lead before falling behind 20-9.

Dynamic receiver Keylon Stokes produced a 19-yard touchdown on a jet sweep in the second quarter, and he finished with 226 all-purpose yards including 144 yards on kick returns.

In the fourth quarter, Taylor punched in two of his career-high three touchdowns to twice get TU within eight. In between, the Mids burned the Hurricane on a perfectly executed third-down pitch to Tre Walker for a 33-yard score.

After Taylor’s last touchdown, Navy (3-8, 2-5) drained the final five minutes off the clock, picking up two key first downs to close out the win and end a seven-game skid.

“This team is a whole lot better than their record is, just like I think our team is,” Montgomery said. “(I knew) it was going to be a battle.”

• Tulsa at Navy: Storyline, matchup and player to watch with a prediction from Bill Haisten