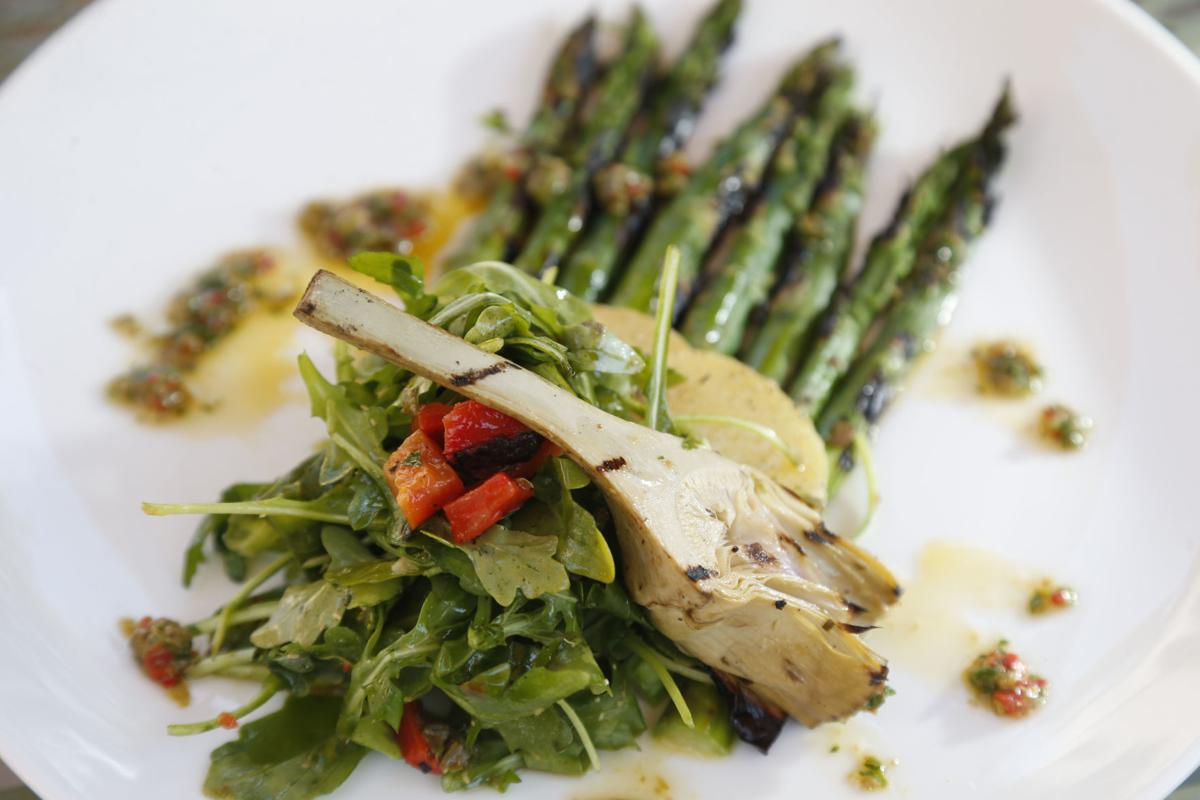 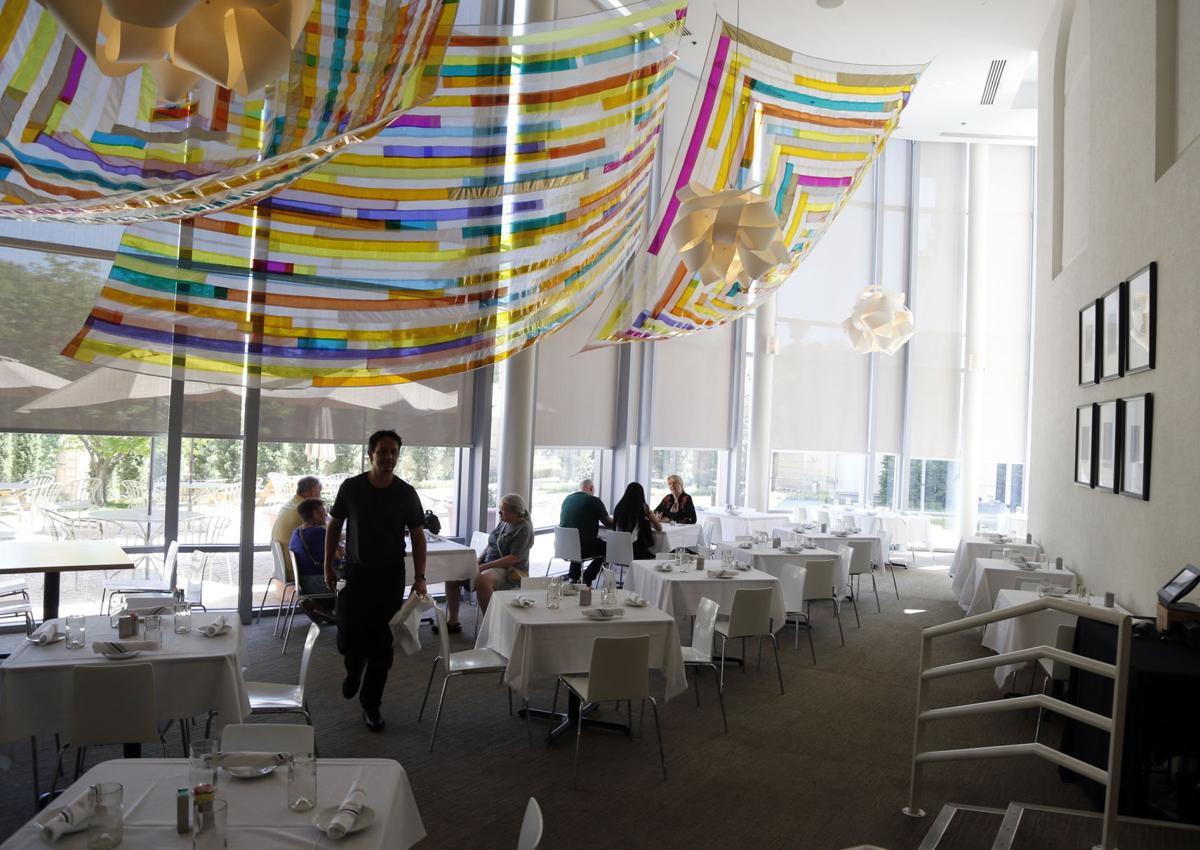 Kitchen 27 features a mostly white dining room with big splashes of color and looks out to the patio and grounds of Philbrook Museum of Art. STEPHEN PINGRY/Tulsa World 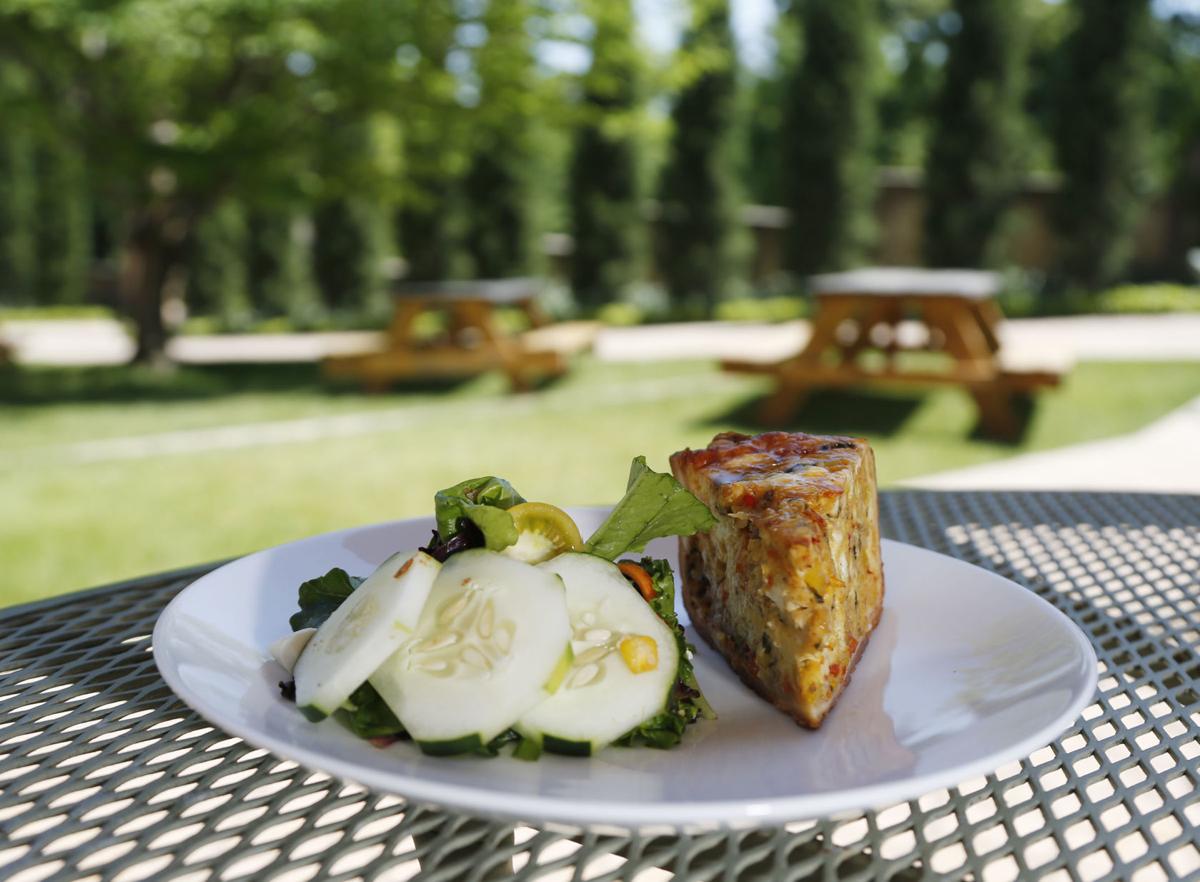 Above, items for the vegetable quiche, a lunch item at Kitchen 27, come from the edible garden at Philbrook Museum of Art. 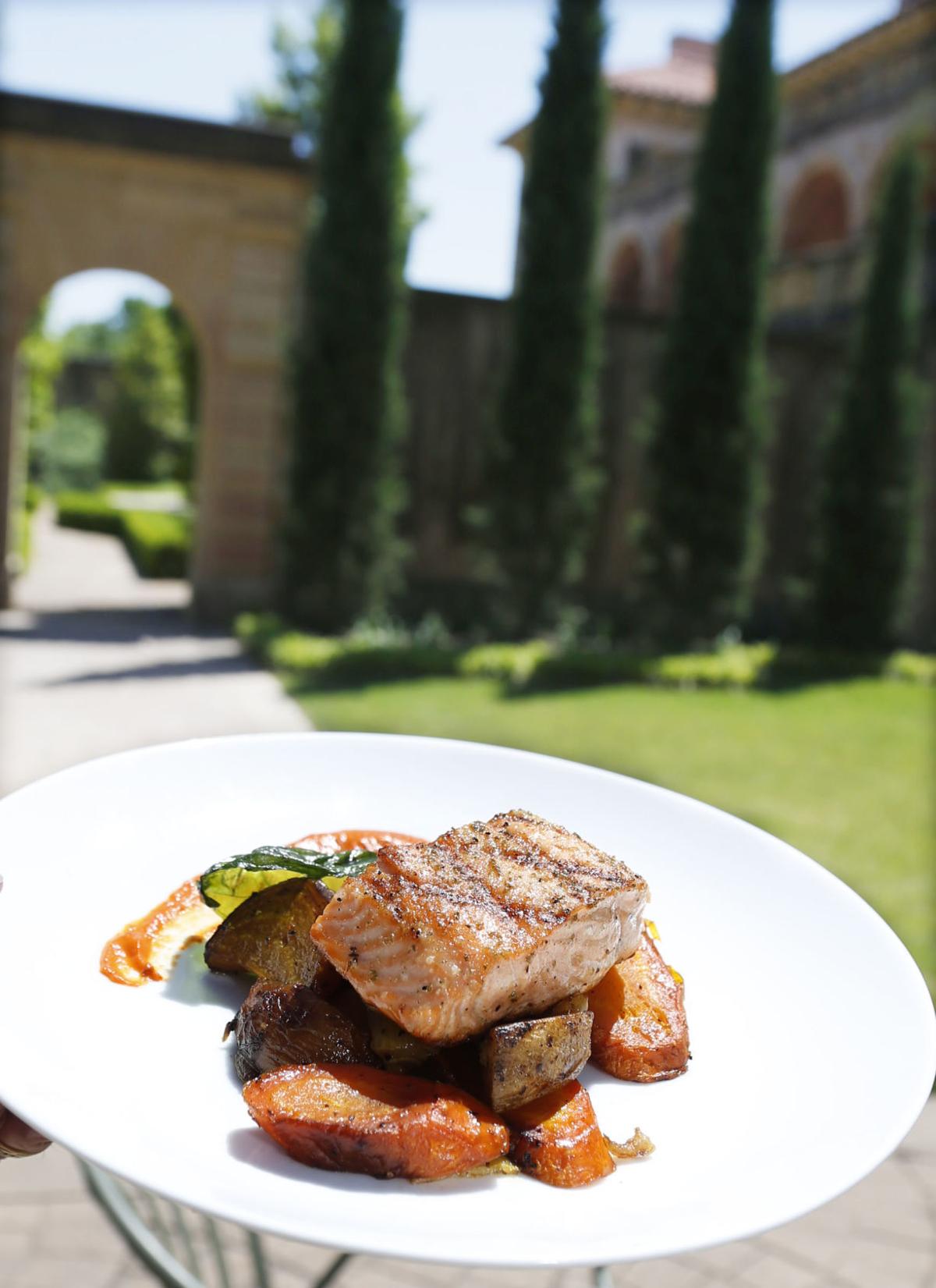 Lemon-rosemary salmon features salmon marinated in rosemary and sliced lemon, then chargrilled and served on a bed of root vegetables at Kitchen 27.  STEPHEN PINGRY/Tulsa World 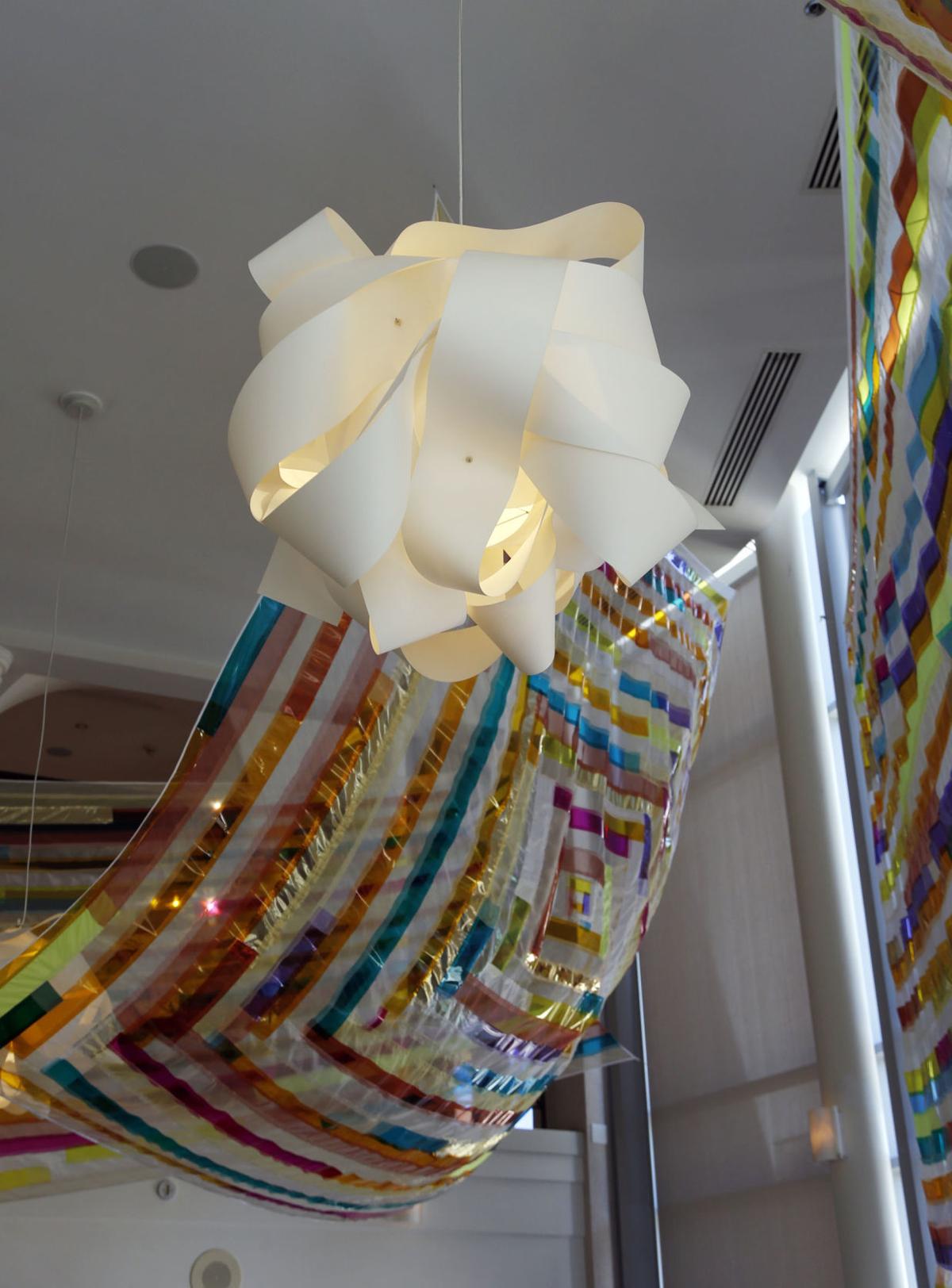 Kitchen 27 a new restaurant in the Philbrook Museum of Art in Tulsa, OK, May 9, 2018. STEPHEN PINGRY/Tulsa World 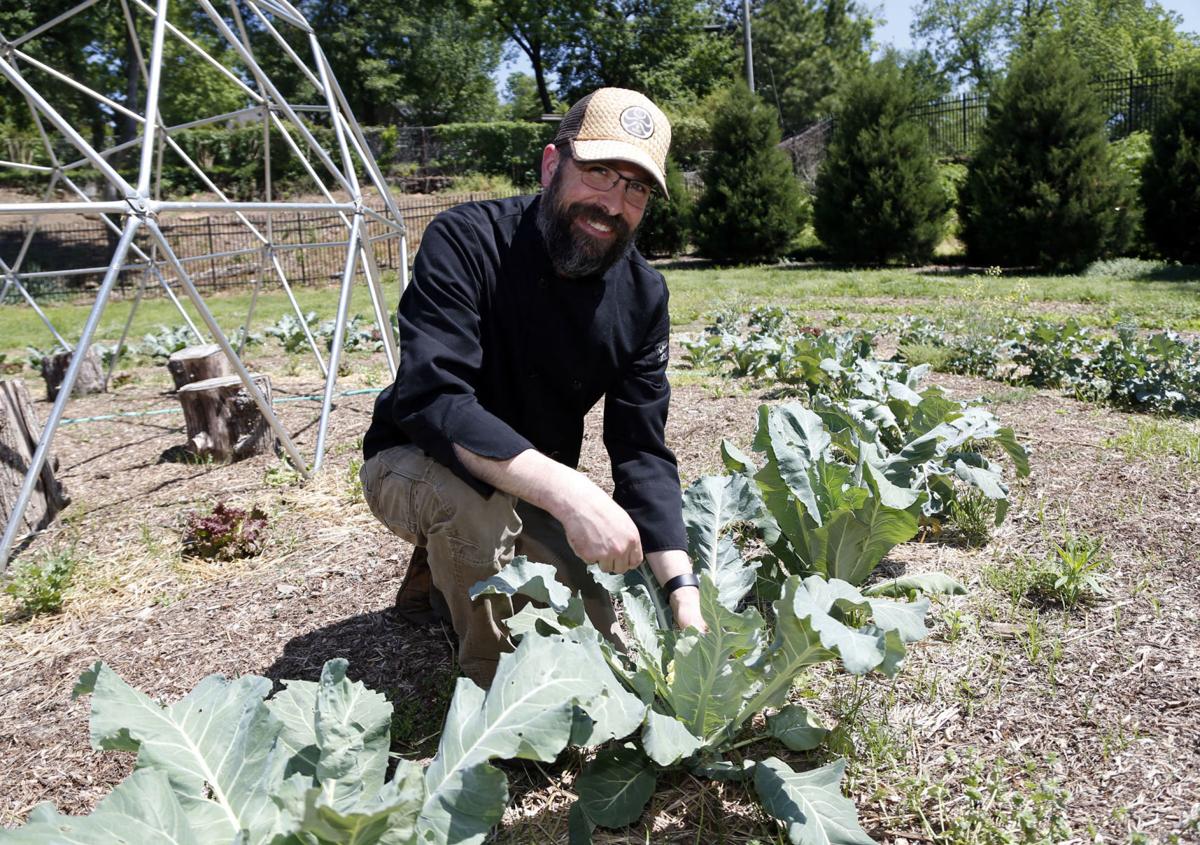 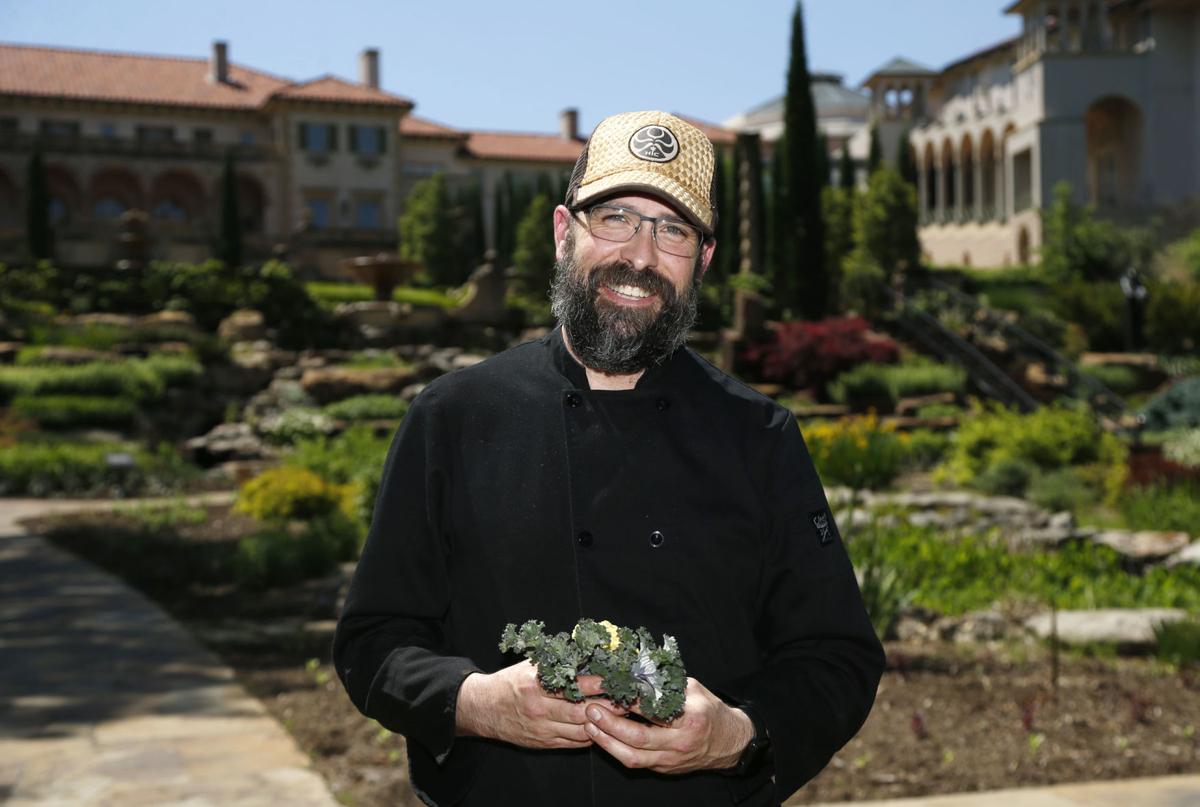 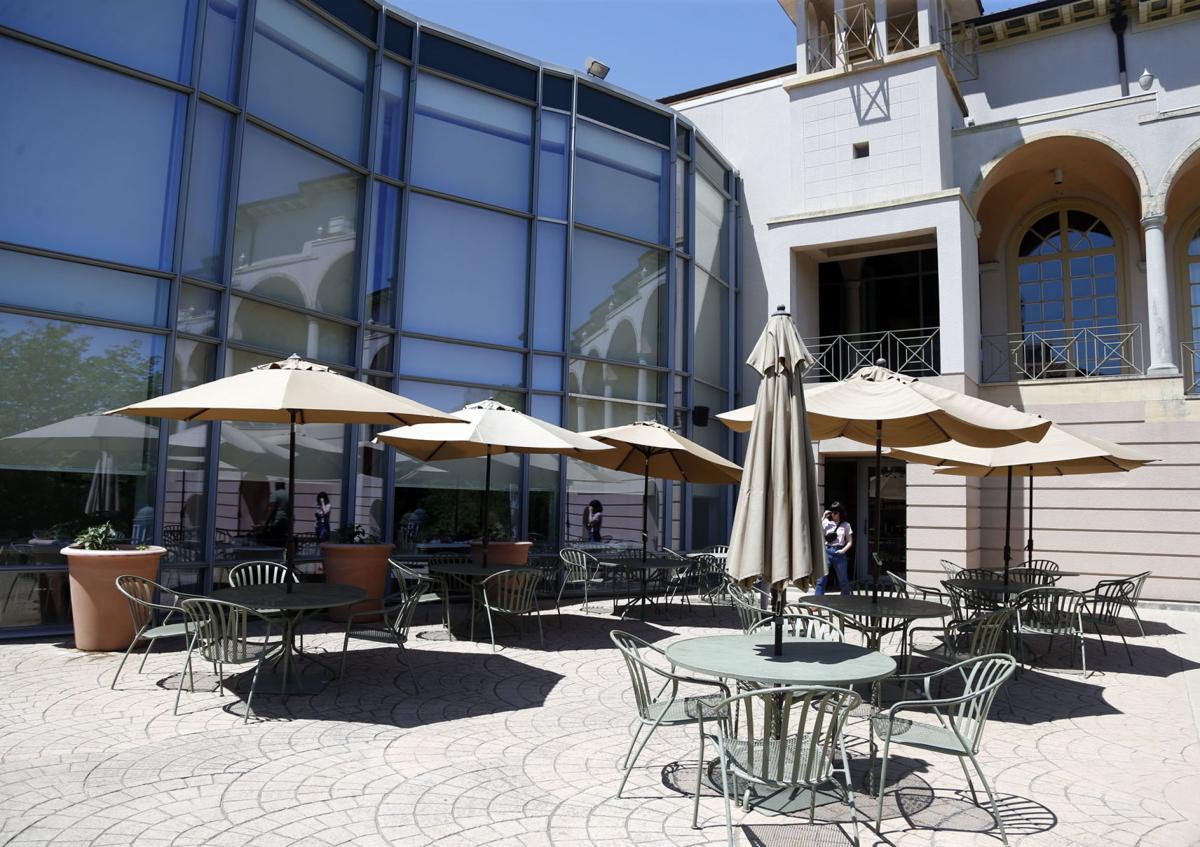 The patio area outside Kitchen 27 is used for hamburger nights on Fridays at Philbrook Museum of Art. Guests also may dine at picnic tables or on the grounds of the museum. STEPHEN PINGRY/Tulsa World

Kitchen 27 features a mostly white dining room with big splashes of color and looks out to the patio and grounds of Philbrook Museum of Art. STEPHEN PINGRY/Tulsa World

Above, items for the vegetable quiche, a lunch item at Kitchen 27, come from the edible garden at Philbrook Museum of Art.

Lemon-rosemary salmon features salmon marinated in rosemary and sliced lemon, then chargrilled and served on a bed of root vegetables at Kitchen 27.  STEPHEN PINGRY/Tulsa World

Kitchen 27 a new restaurant in the Philbrook Museum of Art in Tulsa, OK, May 9, 2018. STEPHEN PINGRY/Tulsa World

The patio area outside Kitchen 27 is used for hamburger nights on Fridays at Philbrook Museum of Art. Guests also may dine at picnic tables or on the grounds of the museum. STEPHEN PINGRY/Tulsa World

Sometimes we hit on one of those magical nights when everything — wine, food, service, atmosphere — is as close to perfect as seems possible. We had one of those nights on a recent Friday at Kitchen 27 at Philbrook Museum of Art.

Kitchen 27 is the second restaurant to receive five stars for food, atmosphere and service in the three years the Tulsa World has used a five-star system. Bodean Seafood was the other. Bodean also was the only restaurant ever to sweep all three categories in the former four-star system.

I often have felt that we would have had more nights like this if we had just ordered different items, or this or that had happened differently, but rarely does everything fall perfectly into place.

We expected big things from the menu of chef-proprietor James Shrader, who, along with wife Brooke, took over the former la Villa restaurant operation in March. The Shraders also own Palace Café and Prairie Fire Pie on Cherry Street.

The name was changed to Kitchen 27 because the museum is at 2727 S. Rockford Road, and the former home of Genevieve and Waite Phillips was completed in 1927.

The dinner menu is divided into four sections numbered First, Second, Third and Fourth that generally translate to appetizers, soups and salads, entrees and desserts. We each ordered an entrée and shared an appetizer, salad and dessert.

The seared scallops appetizer ($15) included two plump scallops served over a corn, potato and bacon relish with a drizzle of red pepper coulis on the side. The scallops were flawless, seared on the outside and cooked just enough to have a pleasing texture and flavor. They weren’t rubbery or gritty, as they can be. The corn and smoky bacon added some crunchiness to the mix.

Half of a grilled asparagus salad ($8) featured two long, tender spears of asparagus layered with Yukon gold potatoes, arugula, roasted pepper and artichoke with a Sherry vinaigrette. I didn’t measure, but I think my wife took more than her share.

Butternut squash ravioli ($16) was one of our entrees. I was going to order the springtime hanger steak ($28), but our excellent server, Carrie, said the kitchen was out of that steak and was replacing it with a 6-ounce tenderloin for the same price. Done deal.

The butternut squash ravioli was heavenly. I rather suspect it might be replaced when a summer menu comes out sometime in June, but it was a great choice on our visit. I forgot to count the squash-filled raviolis, but there were plenty swimming in a sage-butter sauce flecked with bits of crispy prosciutto. The dish was topped with a slice of cooked squash.

The thick tenderloin seemed larger than 6 ounces. Regardless, it was charred on the outside and juicy, pink and tender inside. It came with a side of beluga lentils, a type of black lentil that had a firm texture and an earthy yet delicate flavor.

For dessert, we shared a spiced chocolate pots de crème, topped with whipped cream, candied orange, gingersnap crumble and a few berries. It was smooth and had just enough spiciness to get your attention.

Lunch, served Wednesday-Friday, has a separate menu. Though sharing a few items with the dinner menu, lunch features more salads and dishes, such as soups with vegetarian or vegan options, quiches, grilled cheese and lemon-rosemary salmon.

“I wanted to introduce a menu with more light, healthy food,” James Shrader said. “Our lunch vegetable quiche will be made from what is grown in our garden during season.”

Shrader said he has been working with a dedicated team of horticulturists tending to an 8,000-square-foot edible garden on the far southeast side of the grounds. Among its current plantings are broccoli, corn, Swiss chard, leaf lettuces, ruby kale, bok choy, beets and cilantro.

Wide, tall windows look out to the patio and grounds of the museum. New on Friday nights now until it gets too hot is hamburger night. Diners can come in casual attire and have dinner on the patio, at picnic tables or on the grounds. They may choose a classic burger, turkey burger or black bean burger with fries for $8.50. Beverages, mostly canned wines, beers and soft drinks, are extra.

Shrader said it was a process to get selected to replace la Villa, the museum restaurant for most of the past 25 years.

“I know a lot of people on the board and let them know I was interested,” Shrader said. “I got a call from Scott Stulen (Philbrook president and director), who said he wanted to talk about it, and then I gave a presentation before the board.

“I had just gotten Prairie Fire opened and had six weeks to open here in March, with the Wine Experience and ‘Antiques Road Show’ just around the corner. We had some major work to get done in the kitchen during that time, too.

“Right after that I thought I might have a week off, then was told I had four caterings that week. It has been hectic and really great at the same time. This is an amazing place.”