Last week the Tulsa World went from a four-star rating system for restaurant reviews to a five-star system, and Bodean Seafood collected the first five-star review.

My boss, Ashley Parrish, asked me what other still-operating restaurants over the past 15 years would have received a five-star rating for food.

I came up with 20 restaurants that might have garnered a five-star rating for food based on the review at the time. Some didn’t get a perfect score the last time around, but they were close enough to be considered.

It’s quite possible I am forgetting a couple, as well. It’s a fluid process.

For some diners, 20 five-star restaurants might seem like a large number, but it doesn’t seem so many when one considers I have reviewed somewhere between 1,500 and 2,000 restaurants in the Tulsa area.

Here are some possible five-star winners from the past, with excepts from their reviews: 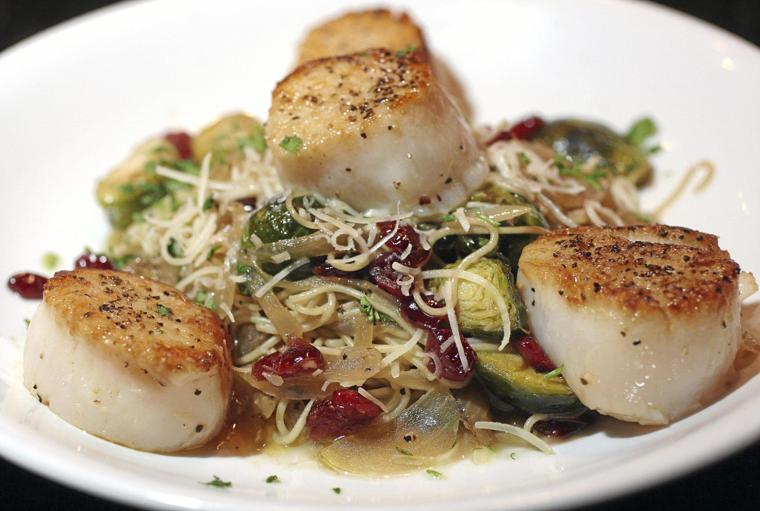 “Thin, tender pieces of veal smothered in sauteed wild mushrooms and Marsala sauce made the veal scaloppini another stunning winter dish. It came with a lemony wilted spinach.” 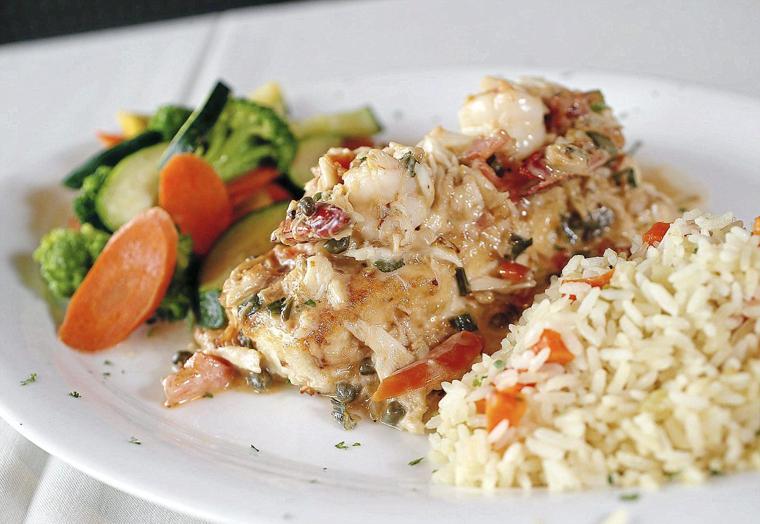 “The (New York Delmonico) steak was covered in a dark wild mushroom and Port wine sauce, and it was tender and flavorful. The lotus potatoes, like au gratin potatoes, were among the best tasting of that dish I have ever had.” 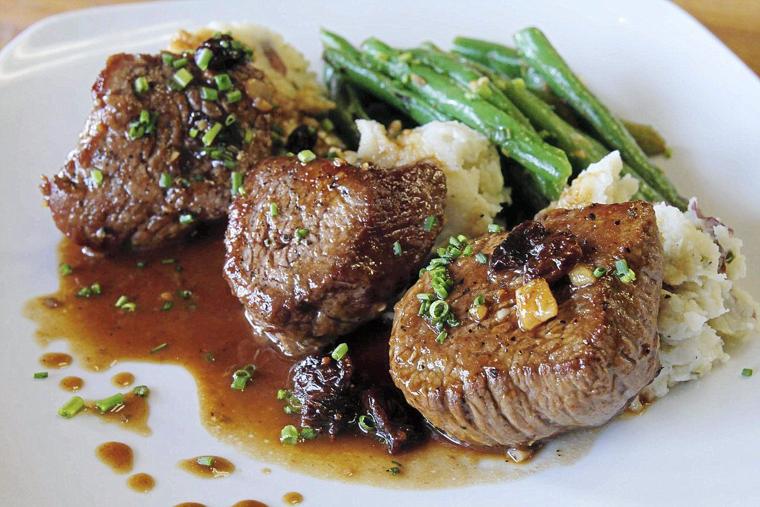 “The quesadillas delivered all they promised. Four triangle-shaped quesadillas had thin, crispy, dark-skinned crusts, just short of being burned and were filled with chicken, melted smoked Gouda, red onion and buttermilk dressing.” 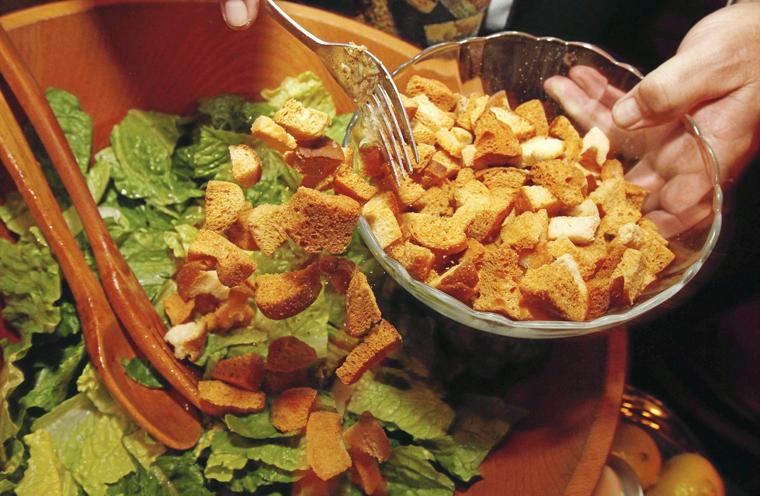 The Caesar salad prepared tableside has been a signature dish at Celebrity Restaurant for five decades.  JAMES GIBBARD/Tulsa World file

“One of the real treats is to have the Caesar salad prepared table-side. Nick (Samara) has made thousands of these, and he made a great one for us with salt, black pepper, garlic, anchovies, Worcestershire sauce and a mix of Parmesan and Romano cheeses with oil, lemon juice and egg.” 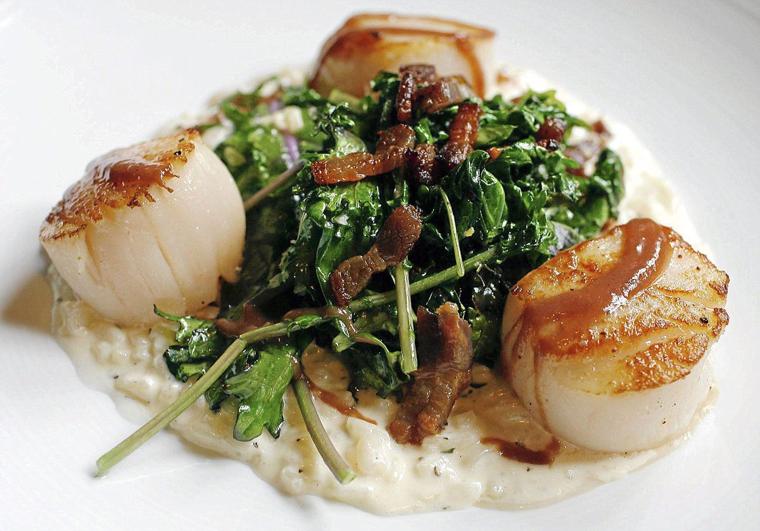 “The (Alaskan black) cod was the most impressive, by far. It was thick and flaky and served over a tasty ginger risotto with a side of cashew vinaigrette. It was topped with a fitting tomato sambal (a mixed-item condiment, sort of like a pico de gallo).” 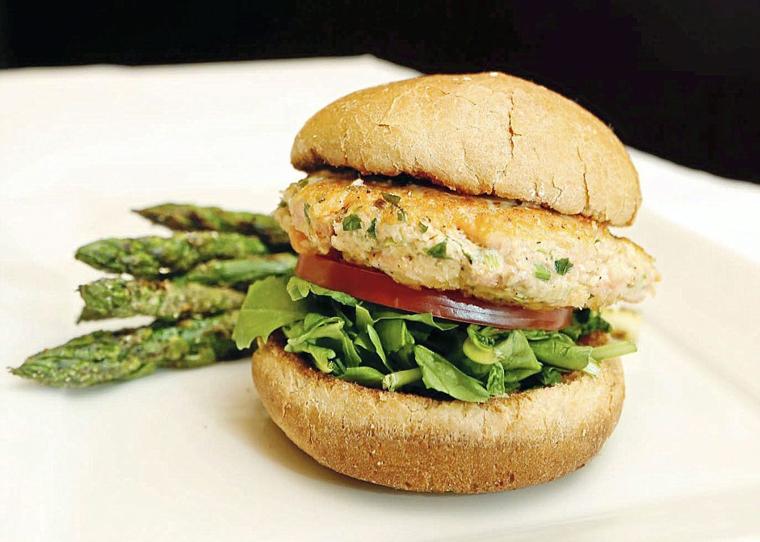 “Two two-rib lamb chops were stacked like a teepee in a pretty presentation with a mound of spinach mashed potatoes. The chops were ordered medium, came out looking rare and were terrific, on a par with any lamb chops we ever have had.” 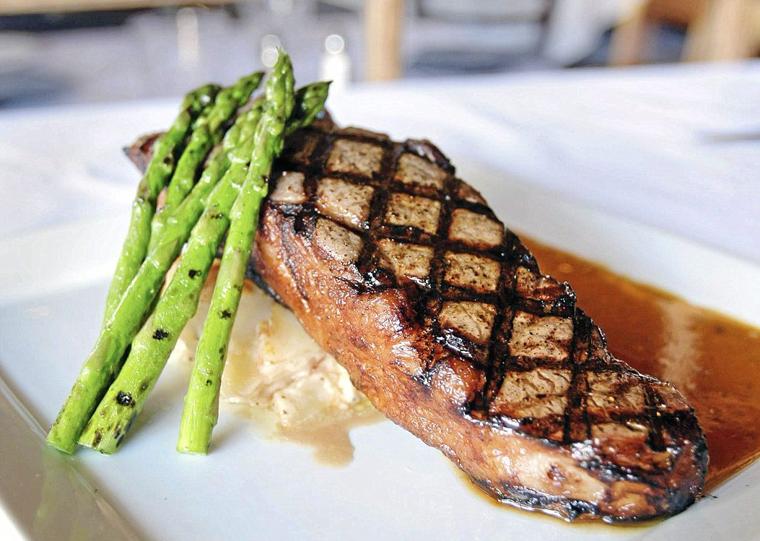 “The tenderloin (I was told it was prime beef) was fork tender with a char-grilled flavor, while both the lamb and duck were tender with clean, mild flavors. A peppery brandy peppercorn sauce complemented all three meats.” 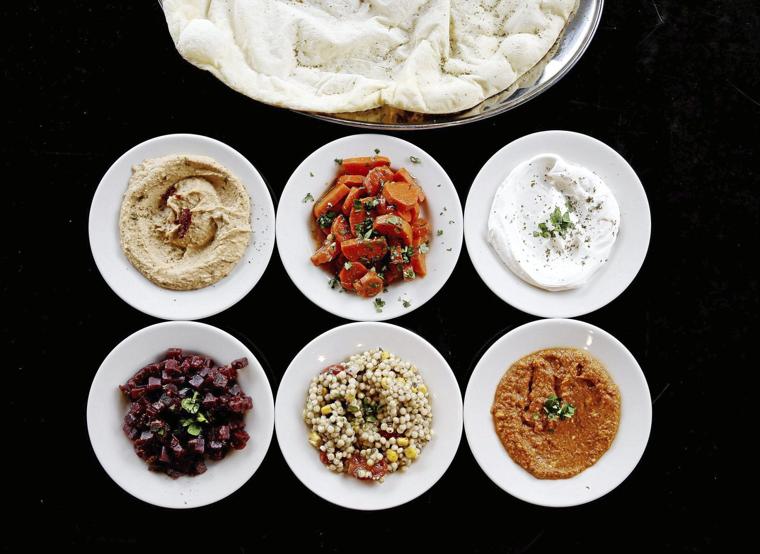 “In addition to the brown rice, the (Big Fat Brown Rice) salad had a beautifully balanced mix of cucumbers, tomatoes and sweet red onions tossed in an oregano mint vinaigrette on mixed greens and topped with feta cheese, shredded chicken breast, parsley and pine nuts. We loved the fresh pine nuts and the minty dressing that pulled everything together.” 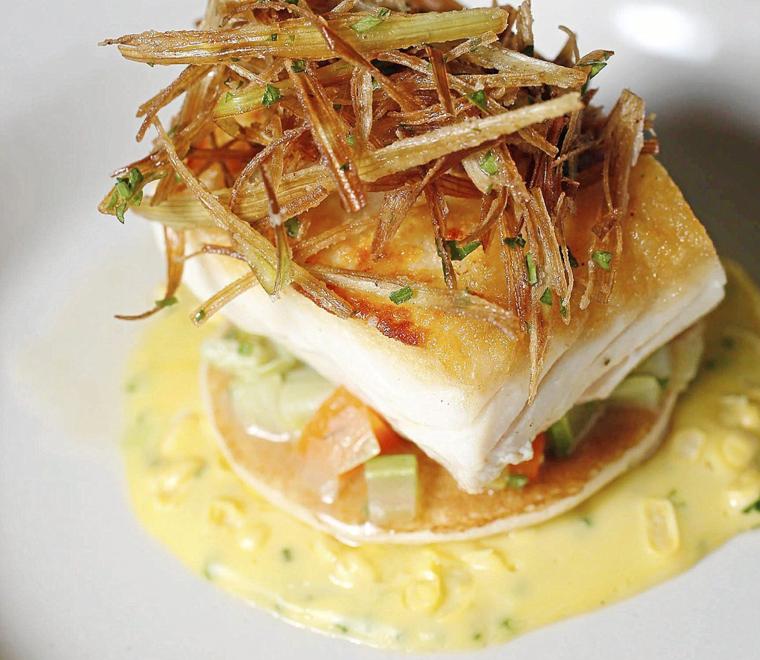 “The thick filet was cooked a perfect medium-rare, as ordered, but it was the foie gras that took the dish to another level. The rich foie gras was covered in a sweet port wine sauce, and the combination was about as decadent as it gets.” 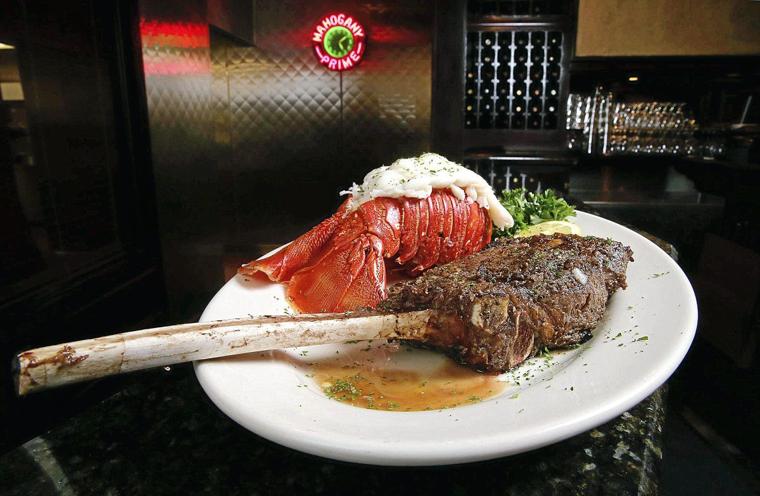 “A 14-ounce rib-eye held its medium-rare state throughout dinner, and it was fabulous — crispy outside, tender inside, with the salty-buttery-peppery seasonings that pair so perfectly with a first-rate piece of beef.” 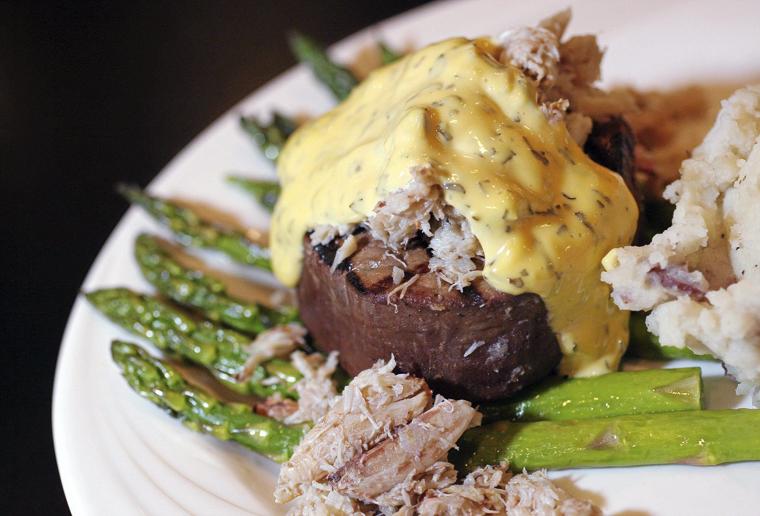 “The (tenderloin ravioli) stacker had a lot going on flavor-wise as each item perfectly complemented the others. It included an 8-ounce filet mignon sitting on top of a fried spinach ravioli, both on a bed of red pepper marinara cream sauce. The dish was topped with sauteed mushrooms, wilted spinach and onion strings.” 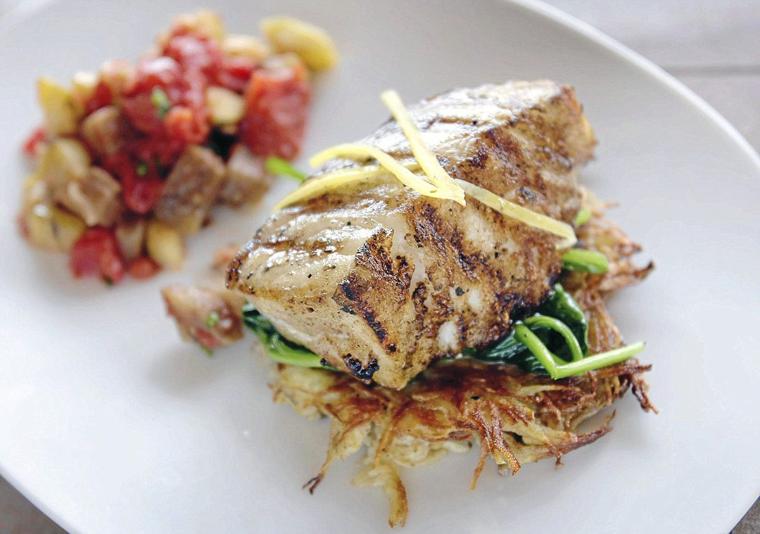 “Some of the highlights included some fabulous bento (small appetizers), including shrimp-shiitake potstickers that came with a sake dipping sauce, maple quail breast that had a smoky flavor and was served over polenta, and salmon over potato pancakes, which was sensational.” 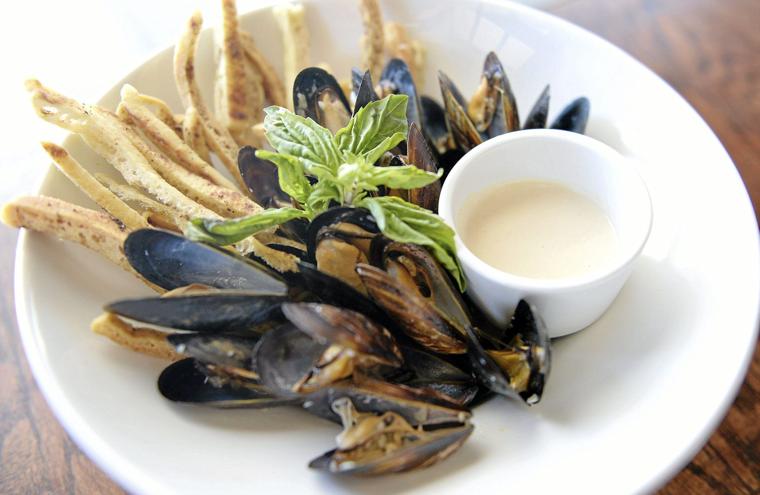 “The chicken baklava, indeed, lived up to expectations. It featured layers of flavor with chicken, pine nuts and honey rolled in phyllo dough, then baked to a golden brown. It came with a spicy harissa sauce, a North African item made with chili peppers, olive oil, paprika and other spices.” 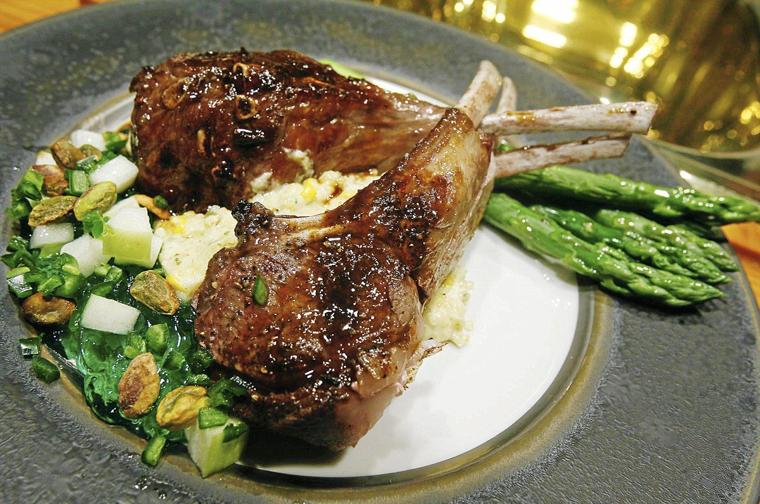 “The steak was thick, maybe two inches. At first cut toward an edge, it seemed it might have been on the grill a little too long, but another cut toward the center proved differently. It was a perfect medium-rare. We also added sliced portobello mushrooms and sauce to the steak.” 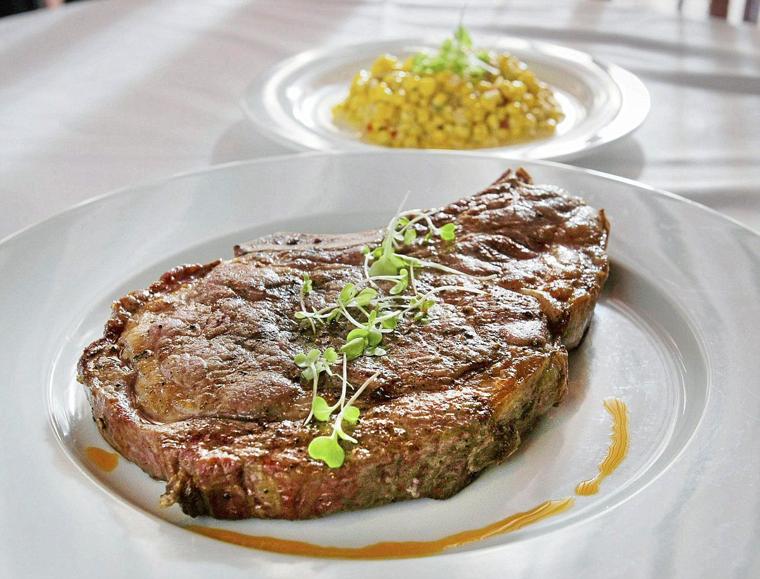 “Other reports around our table were glowing. Most ordered the (120-ounce) wet-aged filet and wound up with thick, fork-tender cuts of beef. A couple asked for Bearnaise sauce and peppercorn cream sauce on the side and enjoyed those additions.” 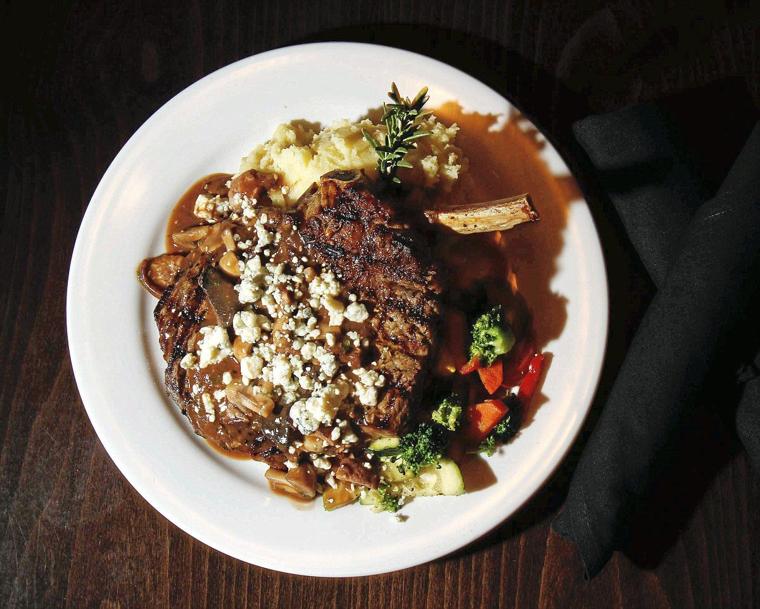 “The thick steak had been cooked a perfect medium-rare and delivered a big flavor with the help of cracked peppercorns and Cognac sauce.” 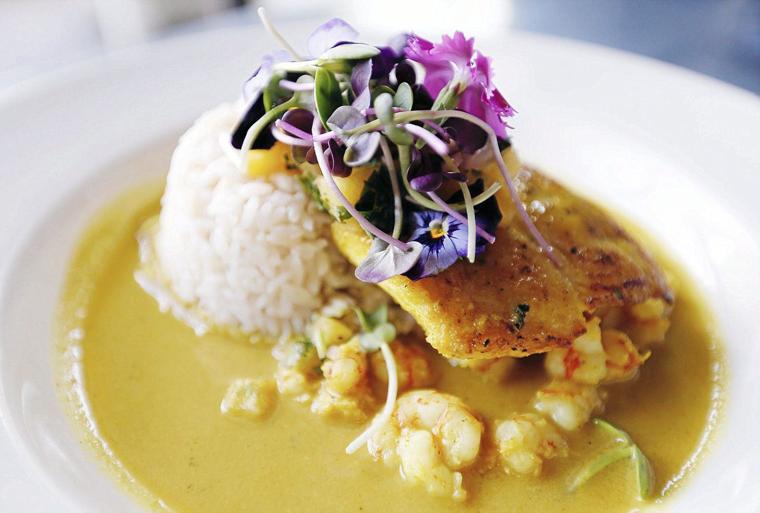 “I asked for the duck to be cooked medium, and it arrived medium-rare to rare. In this case I was glad for the apparent mistake because the cooks got it right. The meat was tender and delicious. This dish also had a sizable amount of shrimp served with it, as well as small balls of duck sausage that had a mild touch of fennel or anise.” 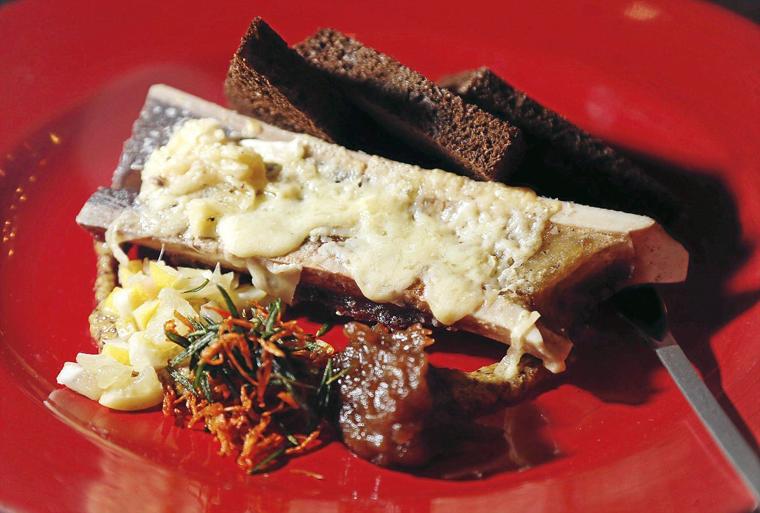 “How about the hard-cider braised pork belly and scallops? The generous portion of meat was tender and flavorful, and the two plump scallops were flawless. They were served with butternut squash puree, charred mustard greens and guajillo (a mild chile) barbecue sauce.” 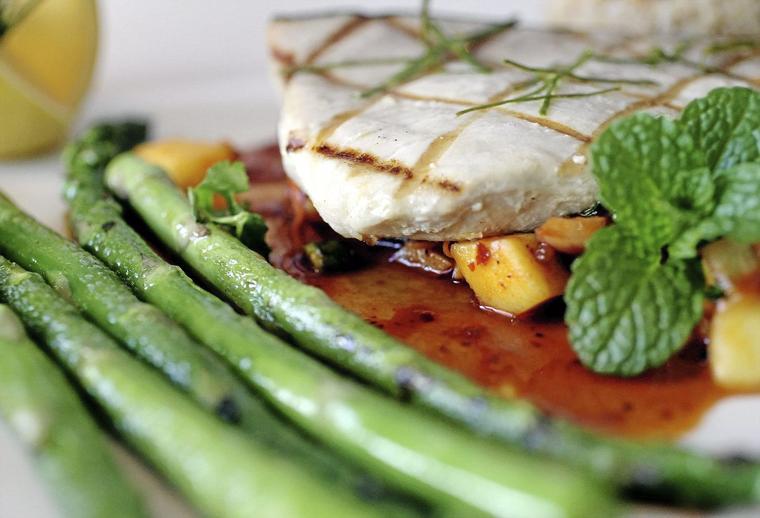 “Big scallops were perfect, cooked through but not rubbery. The sauce was extra-heavy on the lemon, and the rice was moist with a floral scent. Fresh basil cooked with standard fries proved to be a tasty combination.” 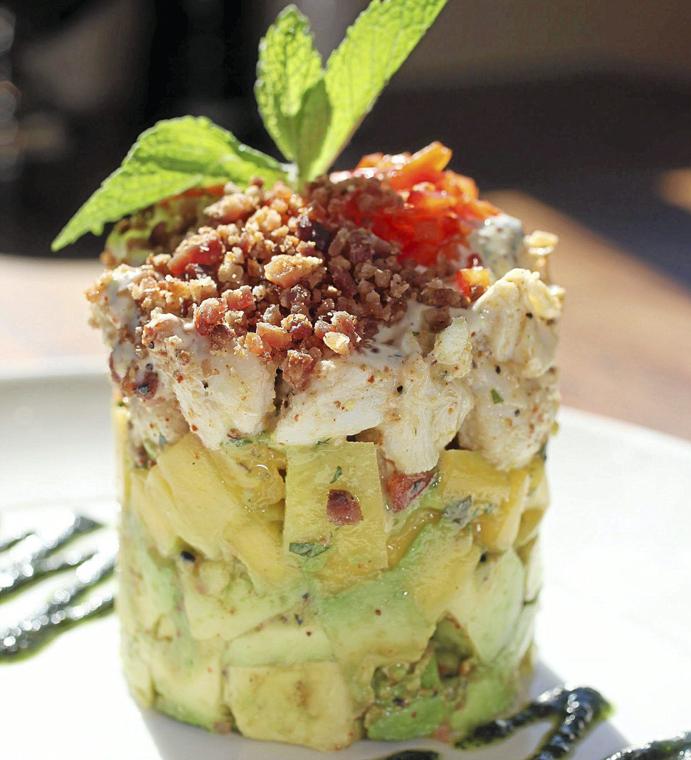 “Waterfront tilapia was filled with shrimp, scallops and crab meat, then topped with fresh basil and lemon caper butter sauce and served with Asian stir-fry vegetables.”