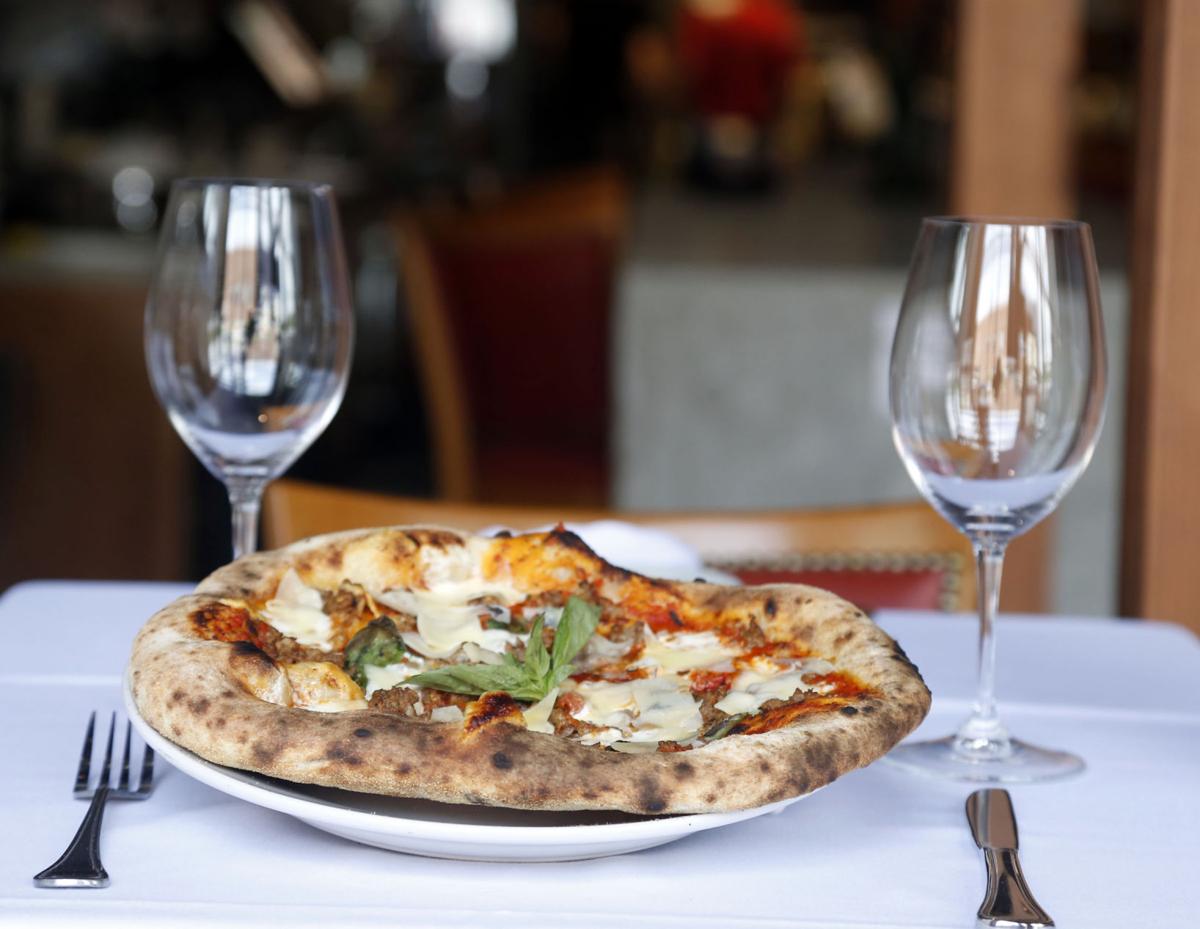 Wood-fired pizza is served at Amelia’s, a new addition to the Brady Arts District in Tulsa.  STEPHEN PINGRY/Tulsa World 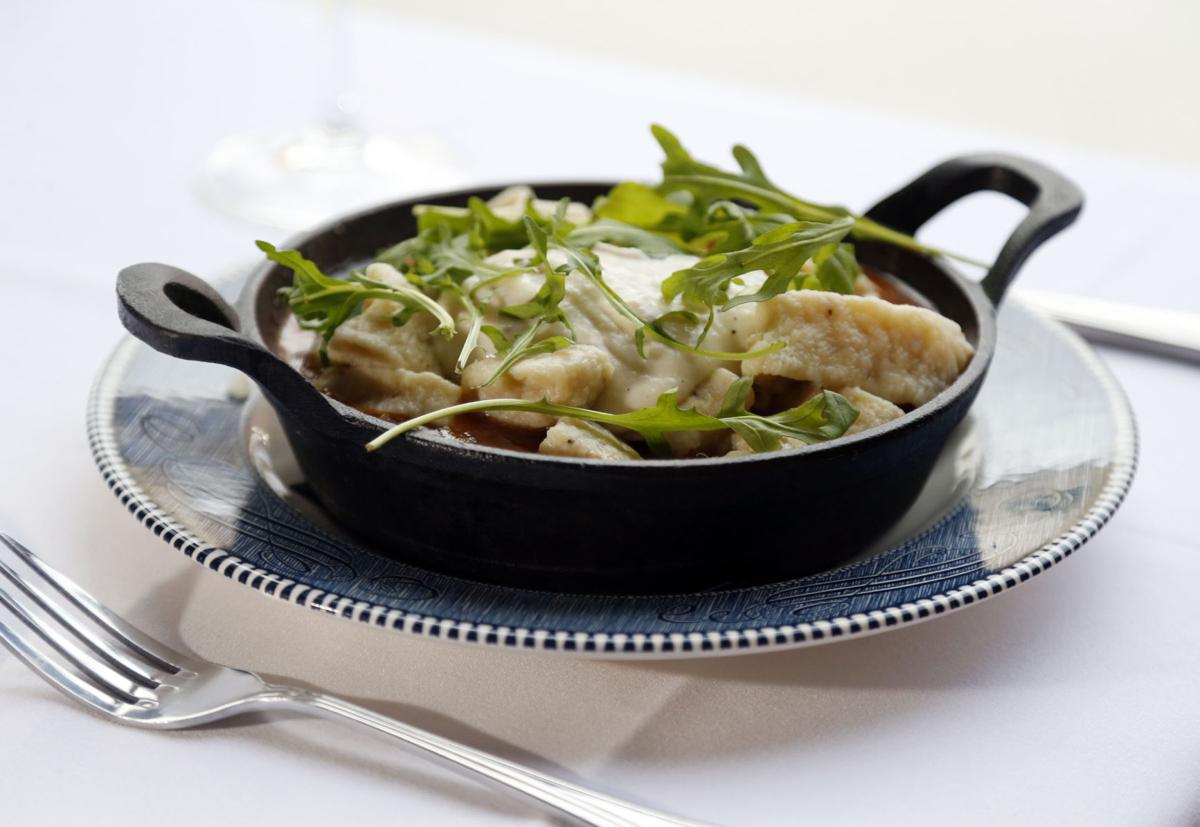 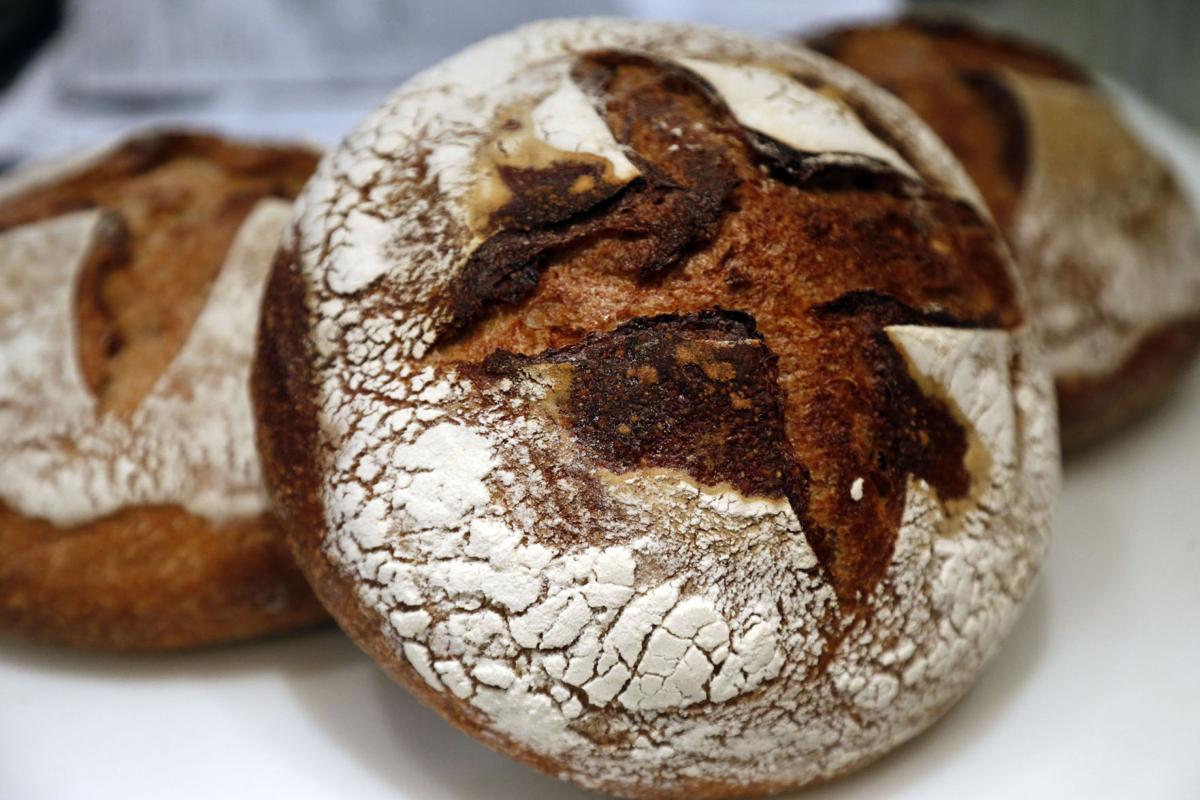 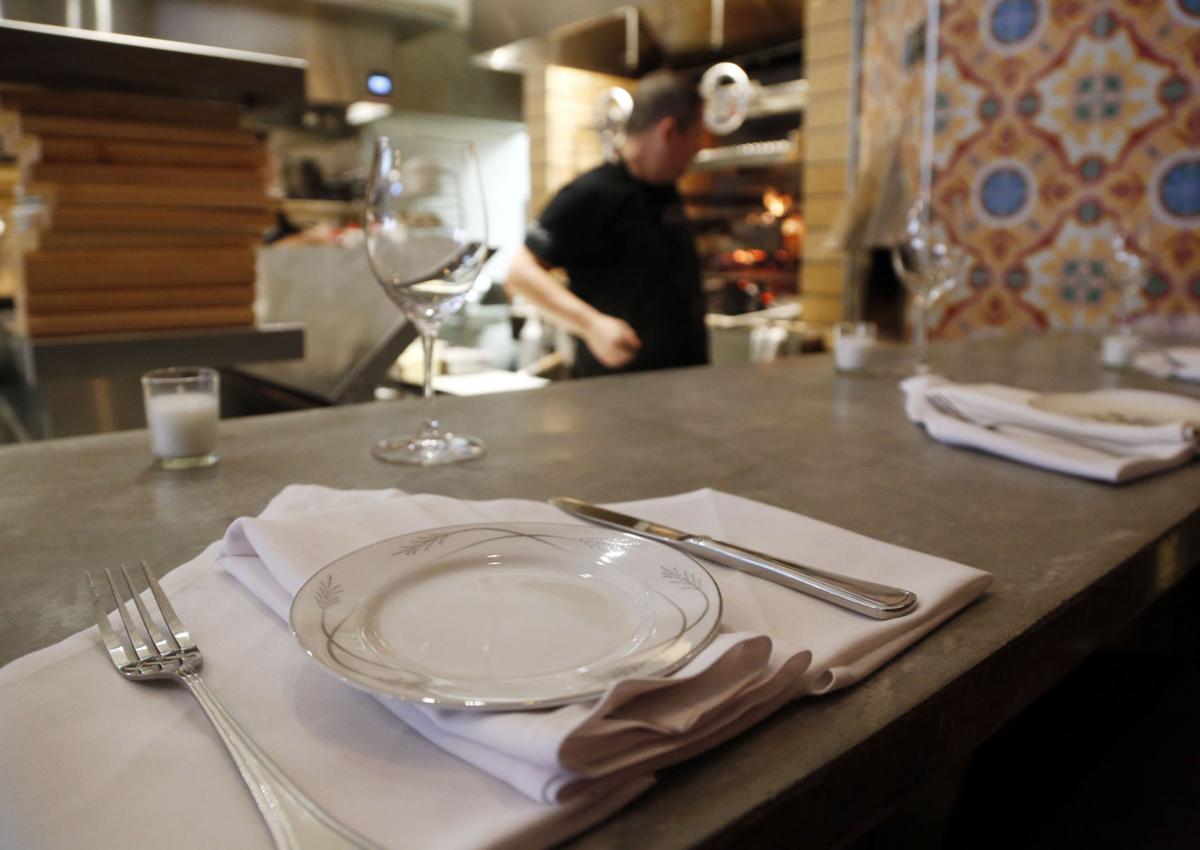 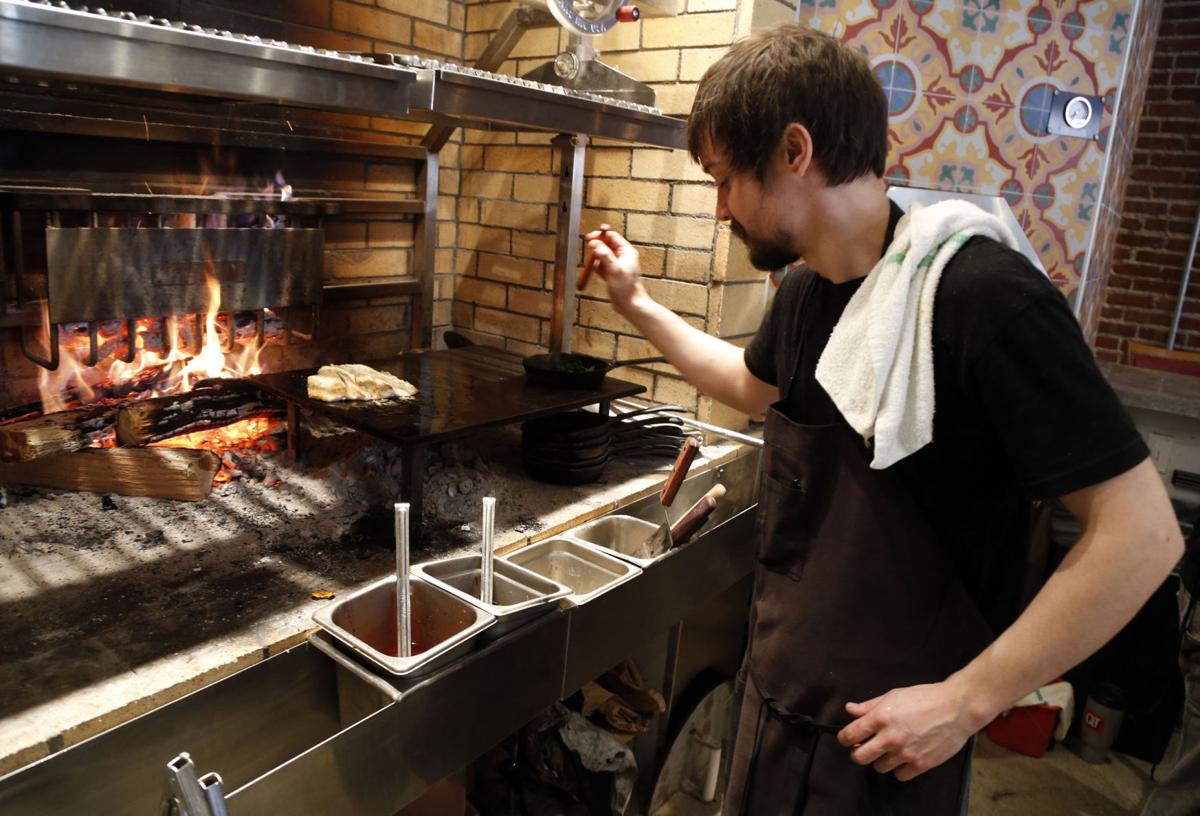 Jarred Heskett cooks on the wood-fire grill at Amelia’s, a new addition to the Brady Arts District in downtown Tulsa. STEPHEN PINGRY/Tulsa World 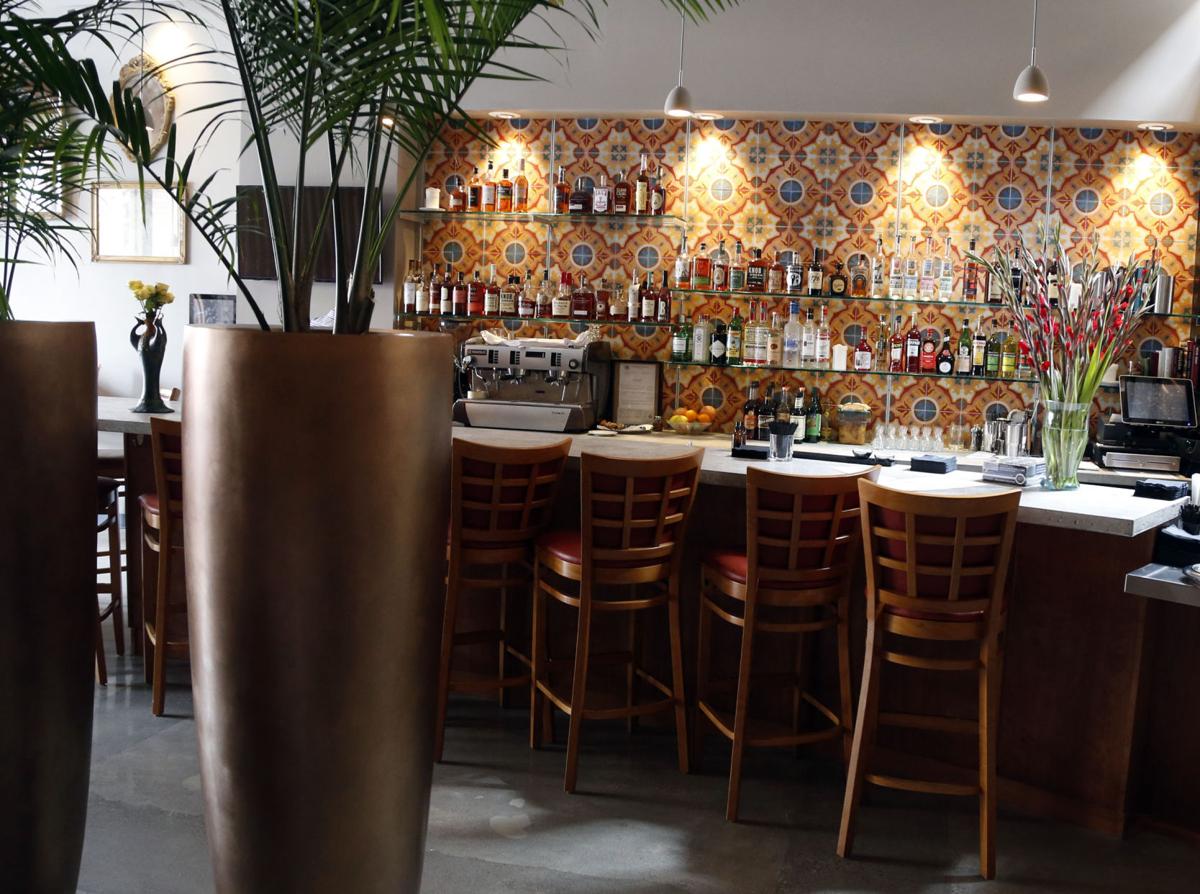 The dining area and bar at Amelia’s is elegant and cozy. STEPHEN PINGRY/Tulsa World 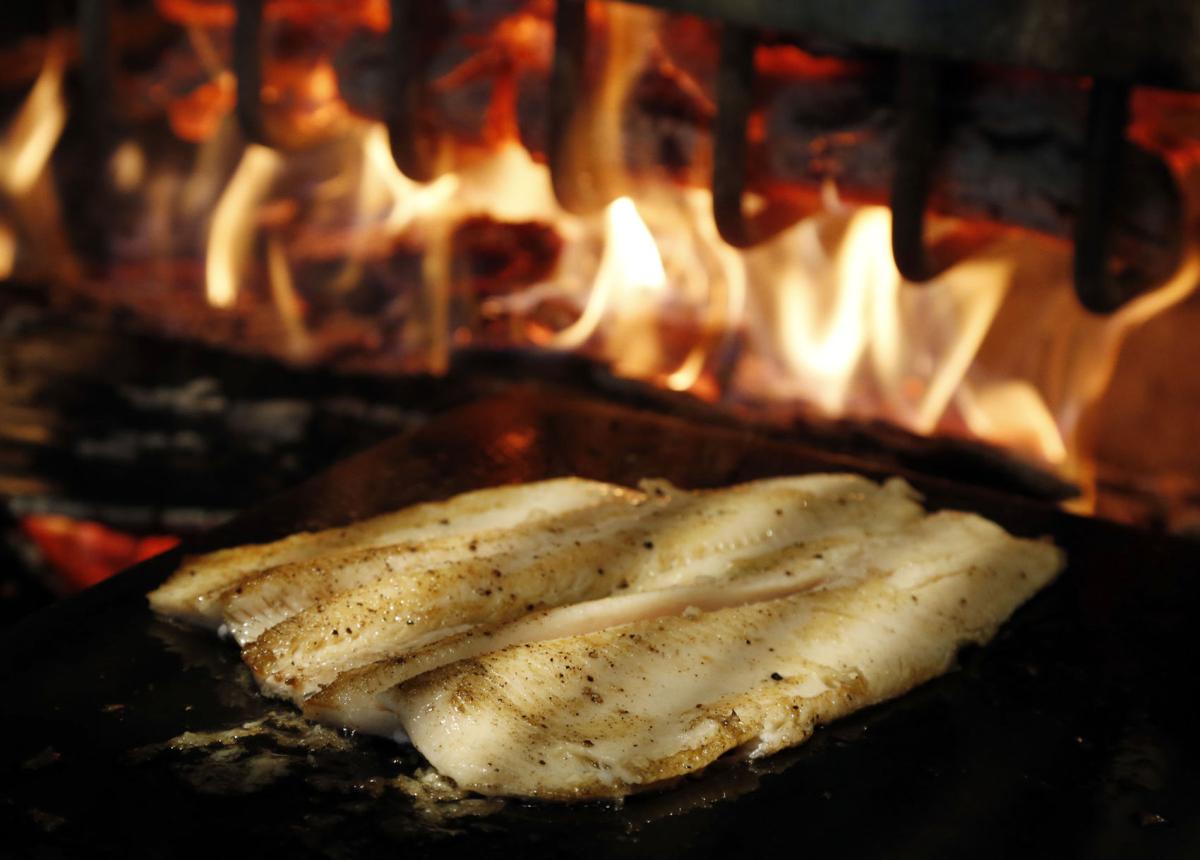 Campfire Rainbow Trout is prepared on a wood-fire grill at Amelia’s in the Brady Arts District. STEPHEN PINGRY/Tulsa World 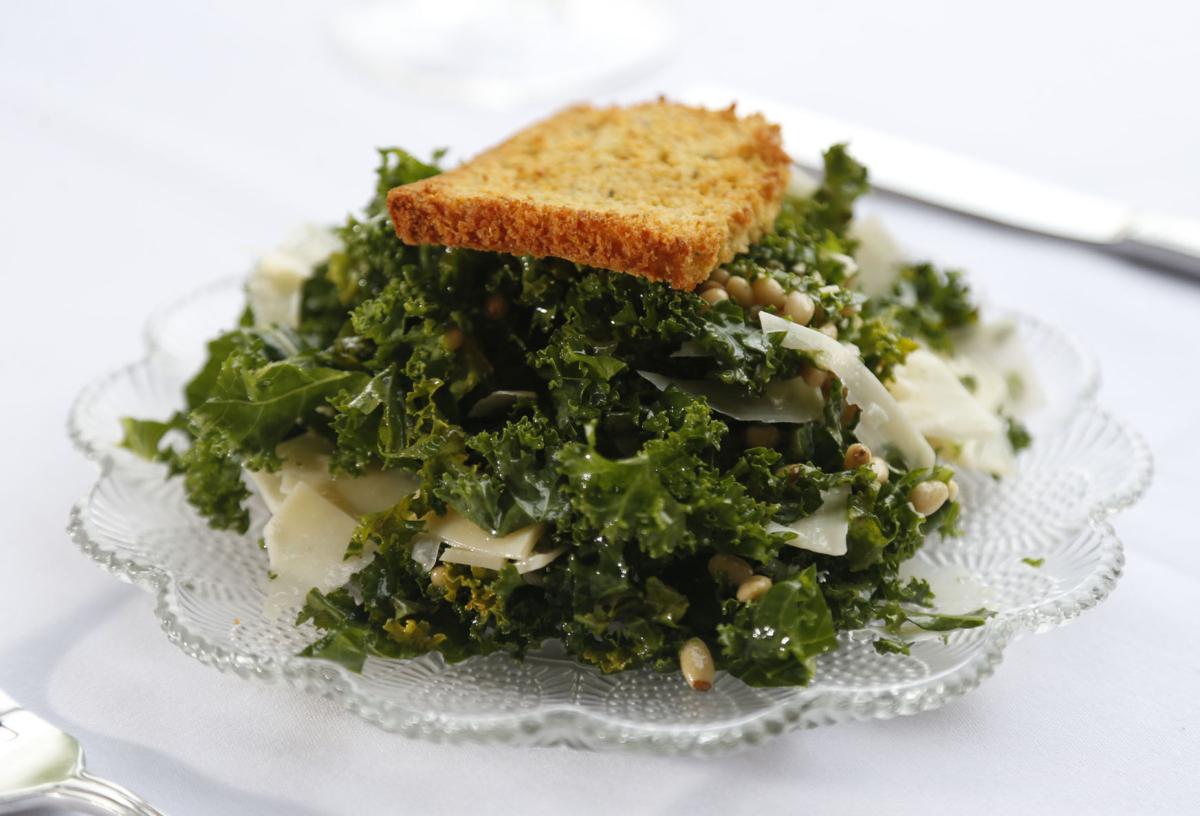 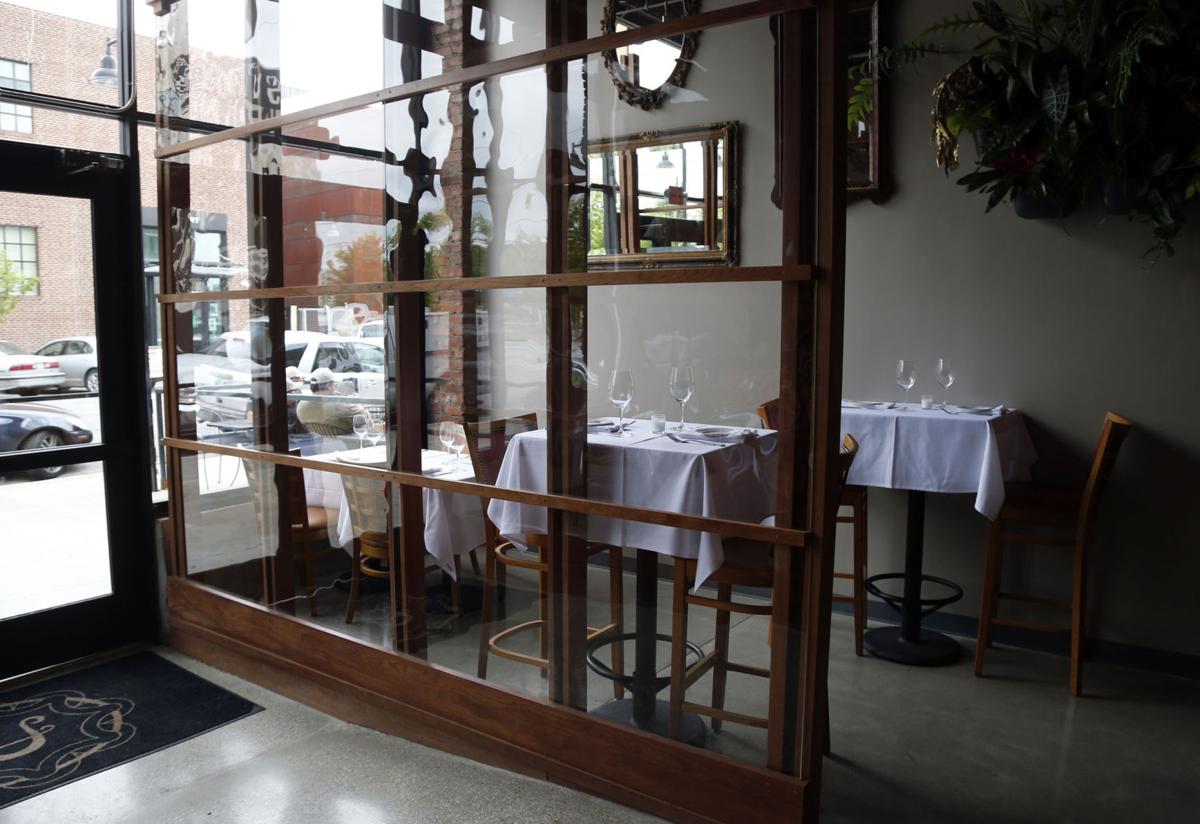 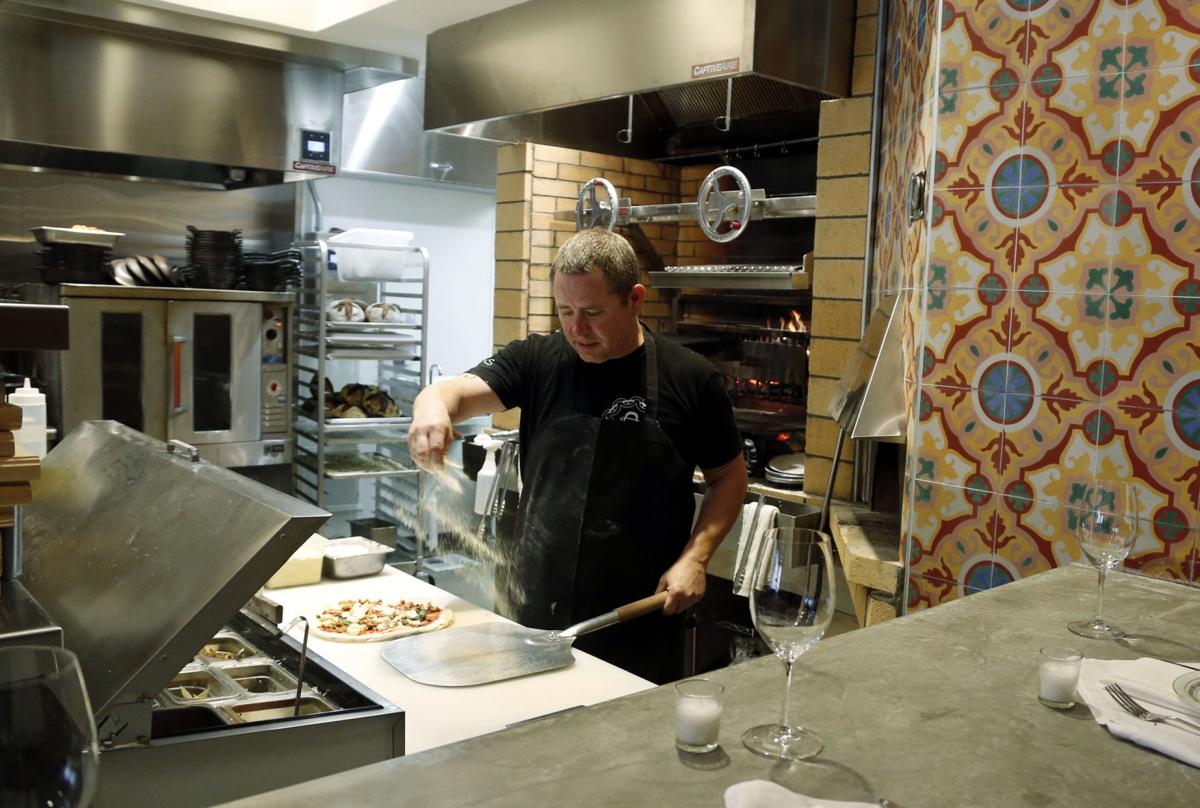 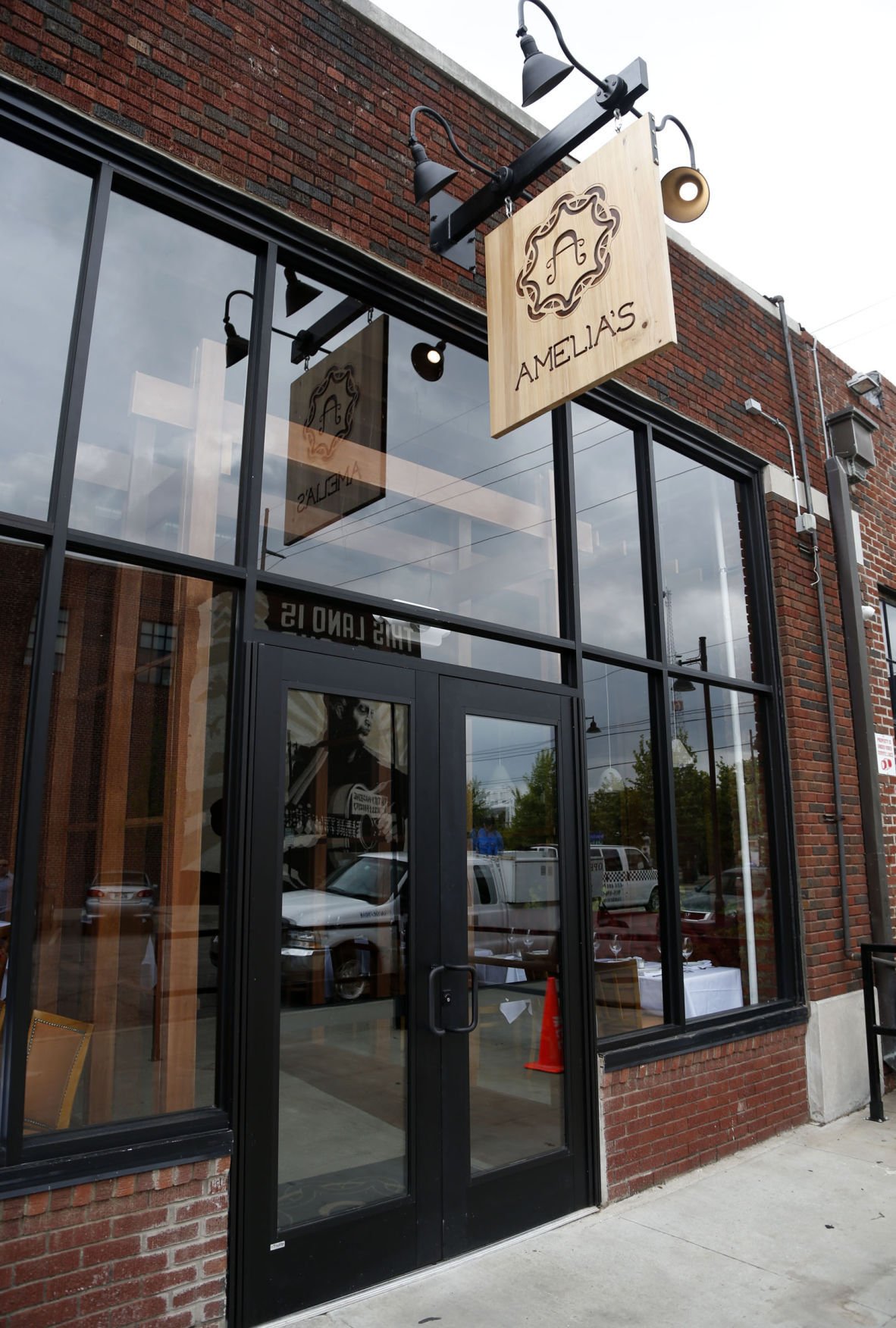 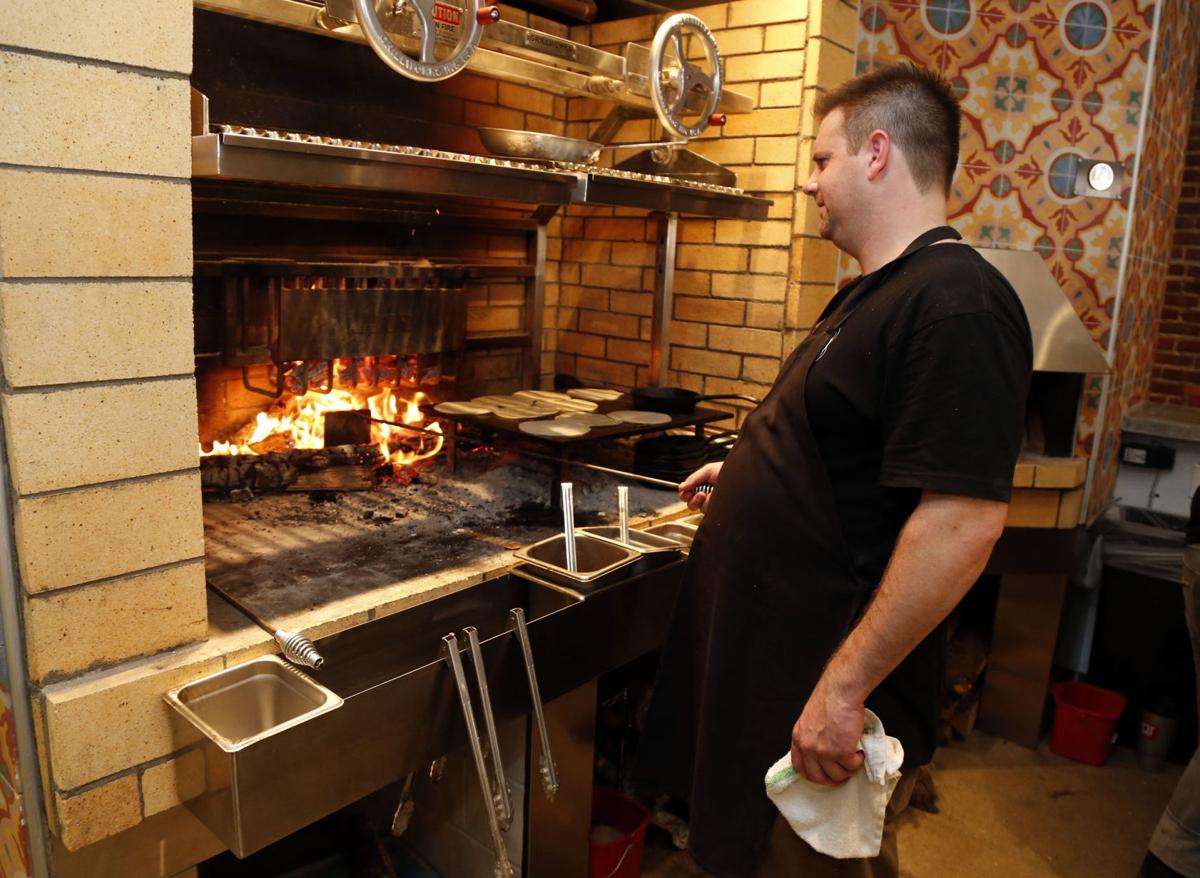 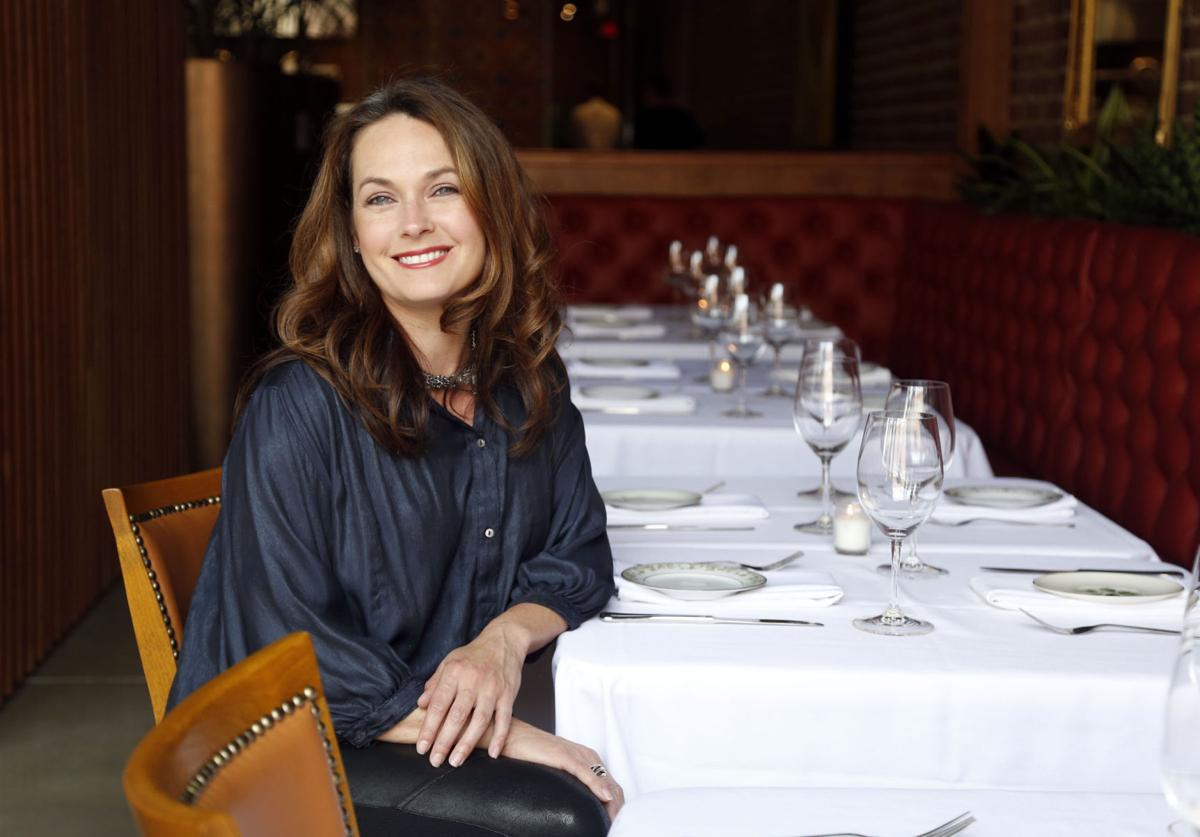 Owner Amelia Eesley said she wanted Amelia’s to be a place “where people would want to come on a date.” STEPHEN PINGRY/Tulsa World

Wood-fired pizza is served at Amelia’s, a new addition to the Brady Arts District in Tulsa.  STEPHEN PINGRY/Tulsa World

Jarred Heskett cooks on the wood-fire grill at Amelia’s, a new addition to the Brady Arts District in downtown Tulsa. STEPHEN PINGRY/Tulsa World

The dining area and bar at Amelia’s is elegant and cozy. STEPHEN PINGRY/Tulsa World

Campfire Rainbow Trout is prepared on a wood-fire grill at Amelia’s in the Brady Arts District. STEPHEN PINGRY/Tulsa World

Owner Amelia Eesley said she wanted Amelia’s to be a place “where people would want to come on a date.” STEPHEN PINGRY/Tulsa World

I think it stems from the fact that, as a youngster, I often had to harvest the stuff from the family garden, and that experience scarred me for life when it comes to this particular vegetable.

Recently, my wife and I had dinner at Amelia’s, the newest addition to the Brady Arts District food scene, where two of the dishes we ordered involved okra — to be specific, pickled okra.

It was paired with a chunk of Barber’s English cheddar and wrapped in house-cured Arkansas bacon in an appetizer called Oklahoma Chef’s Bite ($10), and slices of okra were part of the crawfish bisque ($7), along with tender crawfish tails and a slice of house-made andouille sausage in a rich, well-spiced broth.

Every bite was delicious, tastes that one wanted to linger over, savoring the interactions among the layered flavors — the tang of the okra against the meltingly rich fat of the bacon and the sharp bite of the cheese; the way the sweetness of the crawfish, the acid of the okra, the smoke and spice of the sauce combined with the broth in ambrosial ways.

And that was just the start of the meal.

Amelia’s is the creation of Amelia Eesley, former general manager at Stonehorse Cafe. Together with chef Kevin Snell, himself a Stonehorse alum, they have put together a unique restaurant, specializing in wood-fired, locally sourced cuisine, paired with wines from around the world.

The restaurant occupies a narrow space that once housed the bar Mason’s, and which has been transformed into a dining area and bar that is at once elegant and cozy.

“I knew I wanted to have a place that, while it was in Tulsa, made people feel that they weren’t in Tulsa,” Eesley said. “I wanted it to be a place that was pretty and feminine, where people would want to come on a date.”

Architects Frantz Davies and Subha Sridharan of Forest for the Trees designed the space, using large planters and wood-slat dividers to separate the dining area from the full-service bar. Climbing plants will ultimately work their way up the exposed brink wall to give diners “the feeling of being on a terrace,” Eesley said.

A bar-like chef’s table gives about a half-dozen diners the chance to watch Snell and his team at work at the restaurant’s Grillworks wood-fire grill, which is used for cooking, smoking meats and other culinary tasks.

Eesley said she had already put a bid on the space that is now Amelia’s and was thinking of the sort of food she wanted to feature.

“Because we’re across the street from the Woody Guthrie Center, I wanted to do something that might play off that,” she said. “Doing wood-fire cooking crossed my mind because I’m sure that Woody, in the course of his travels, ate things that were cooked over an open flame.”

While still working at Stonehorse, Eesley happened upon Snell going over some menus he was creating, which revolved around wood-fire cooking.

“It was one of those serendipitous things, like it was meant to be,” Eesley said. “Kevin is just wildly talented, and he’s been doing a great job here.”

The menu changes often, depending on what is fresh and available. Some dishes, however, are staples, such as the various pizzas and flatbreads ($12 each), the cast-iron beef tenderloin ($36) and the campfire rainbow trout ($25), served with wood-roasted broccolini, fine herbs, almonds, apricots and brewer’s yeast.

After a tasty and refreshing marinated cucumber salad, we ordered for our entrees — the trout and the wood-grilled 413 Farms pork chop ($20), accompanied by a length of house-made andouille sausage, sweet potatoes topped with brown sugar and queso fresco, and a blackberry, hibiscus and ancho pepper barbecue sauce.

The huge piece of trout was moist, flaky, almost sweet, balanced by a tang of citrus and the bitterness of the herbs.

The pork chop — like the trout, served on a miniature wooden cutting board — was a perfect medium, seasoned with little more than salt and the smoke from the grill. The natural juices of the pork melded perfectly with the fruity sweetness of the barbecue sauce. The short length of sausage had a loose texture and wasn’t as aggressively spiced as the slice in the bisque. It also was not as hot, temperature-wise, as it could be.

The sweet potatoes were the least successful thing we tried. The thick slices of potato, served in a small cast-iron pan, were quite underdone, to the point of being crunchy.

We finished the meal with the dulce de leche creme brûlée ($8), rich silky custard under a crackling crust of sugar, and the apple fritters with house-made ice milk ($10). The beignet-like fritters paired well with the ice milk, and while tasty, didn’t have a noticeable apple flavor.

Bruce, who said he preferred the title of “dining consultant” to waiter or server, was exuberantly helpful and briskly efficient, pacing the meal perfectly.

The wine list includes 32 whites and 30 reds. Each dish comes with a specific wine recommendation. The pork chop, for example, was paired with a 32 Winds “Maestro” Sonoma Coast Pinot Noir, while the recommendation for the trout was the Bertani Valante Pinot Grigio.