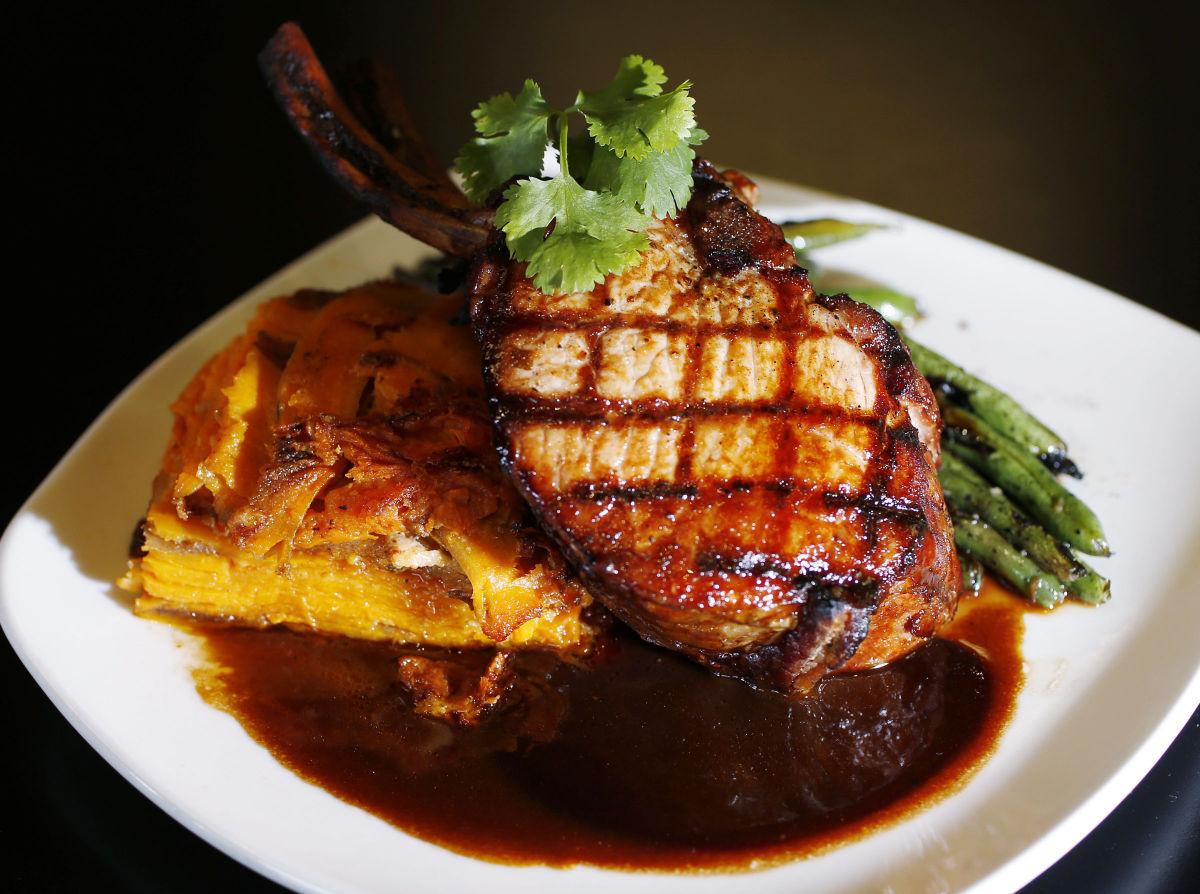 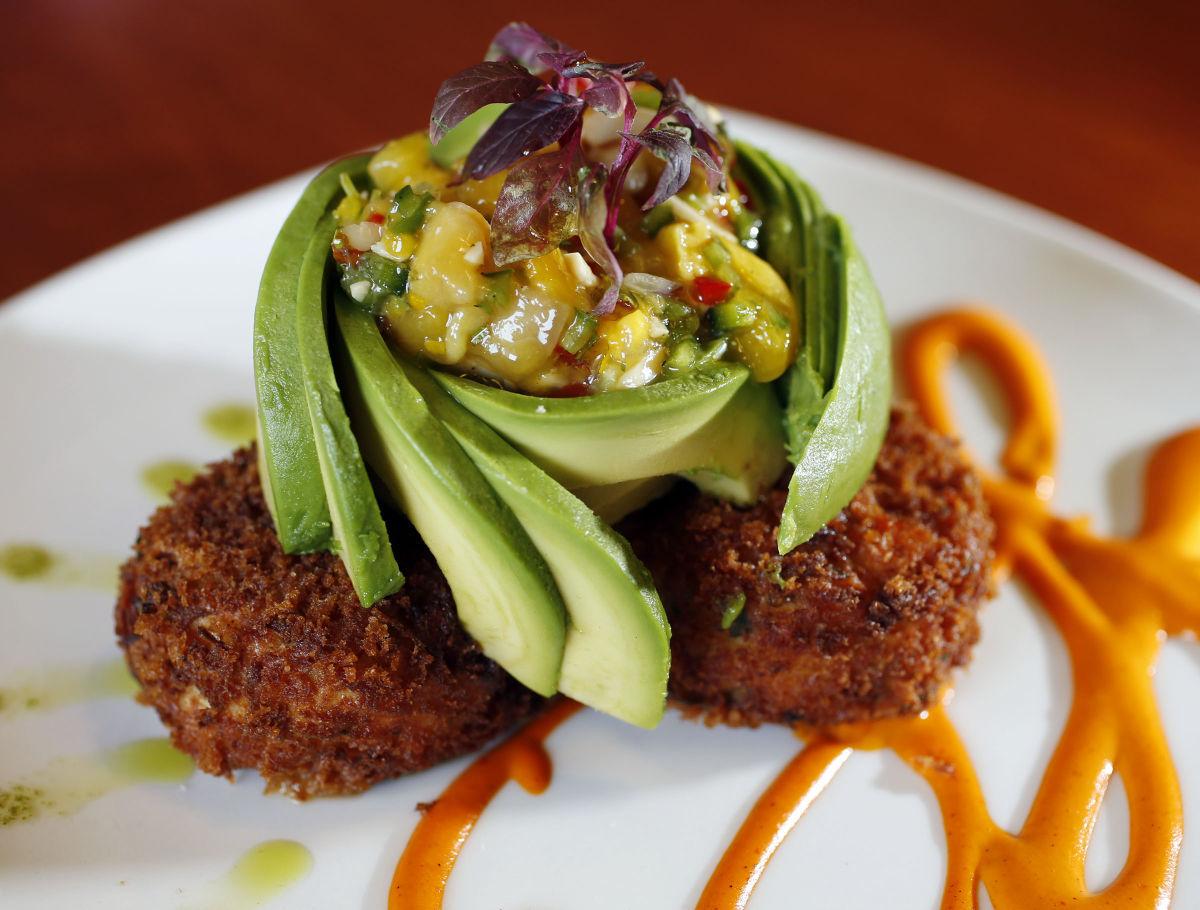 Salmon cakes with mango salsa and red bell pepper puree is among the appetizers at Boston Deli. STEPHEN PINGRY/Tulsa Worl 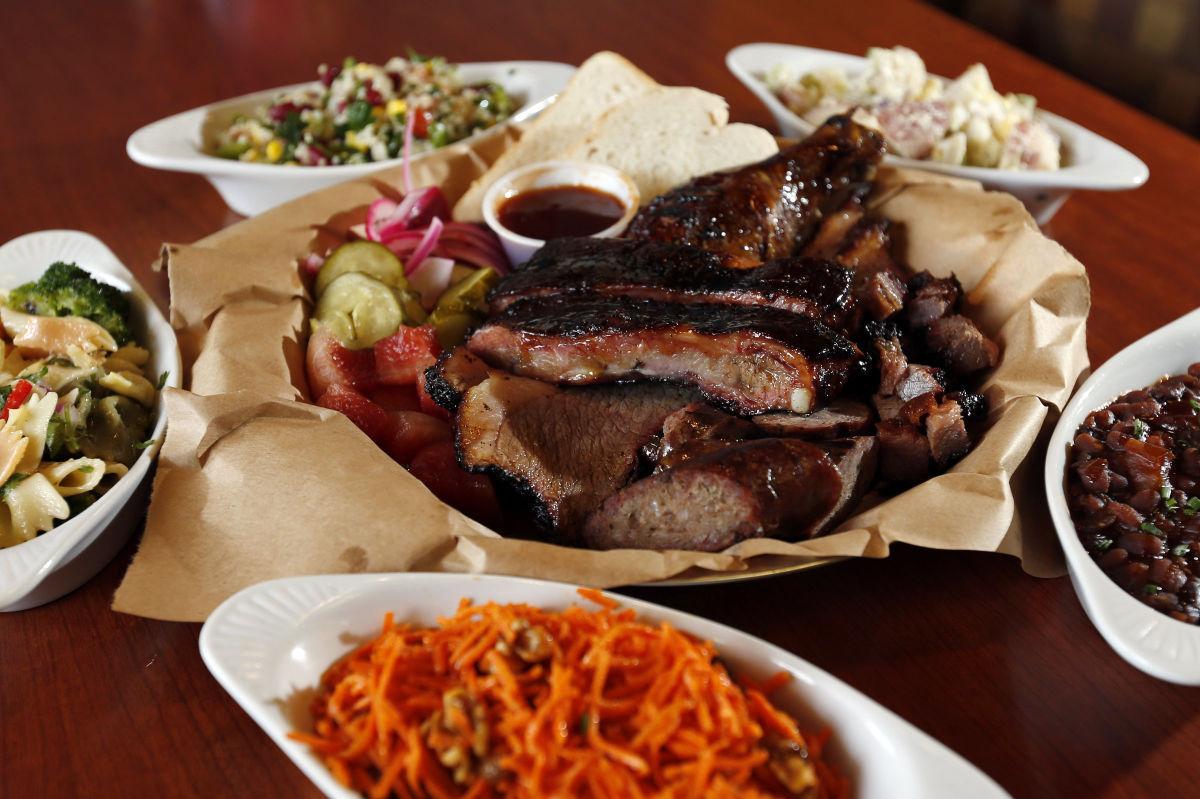 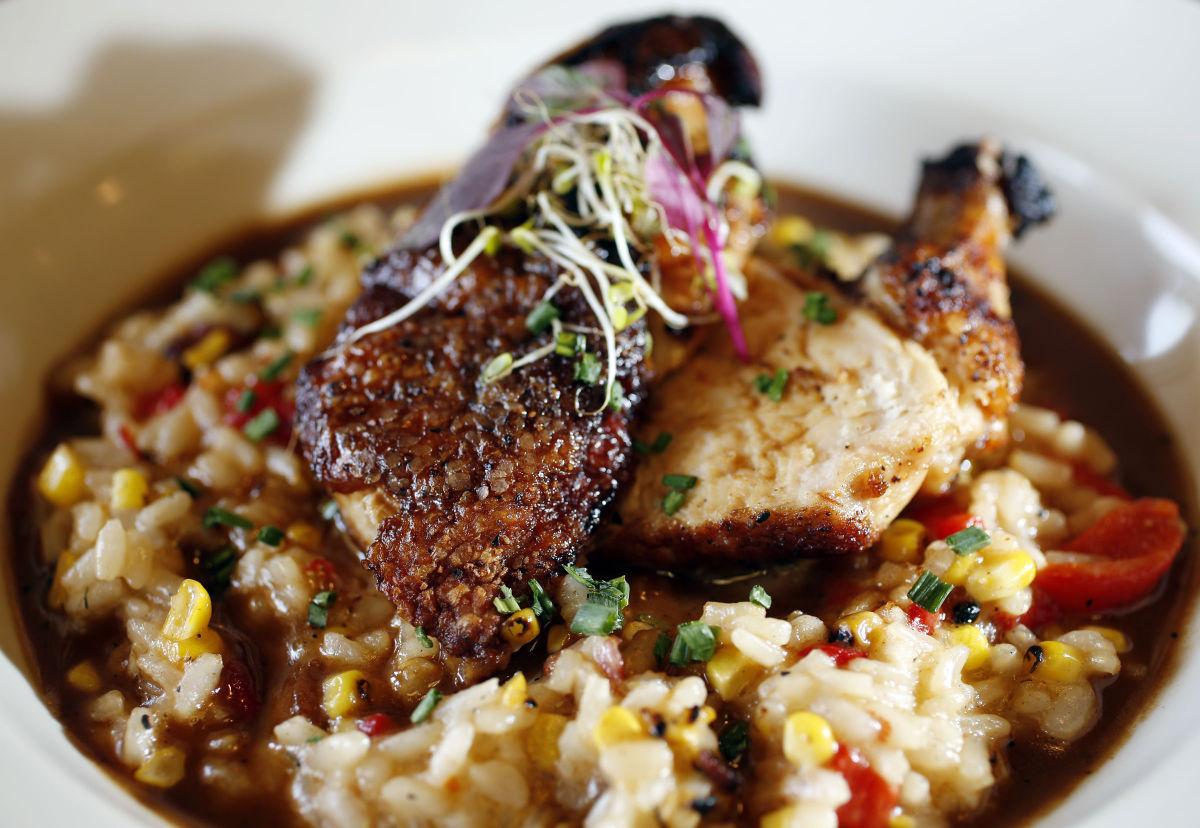 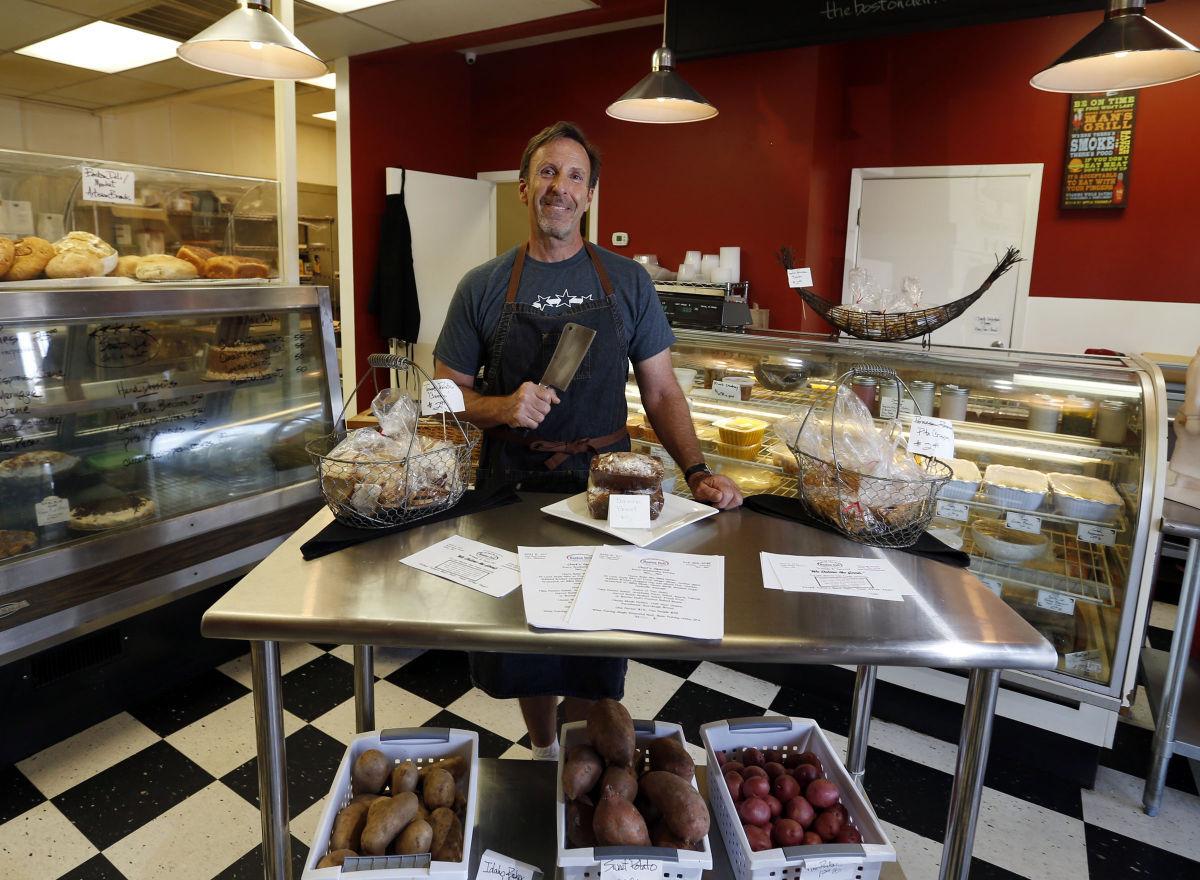 Owner Ken Schafer takes a break in the market deli side of Boston Deli. He is celebrating his 25th year in business. STEPHEN PINGRY/Tulsa World 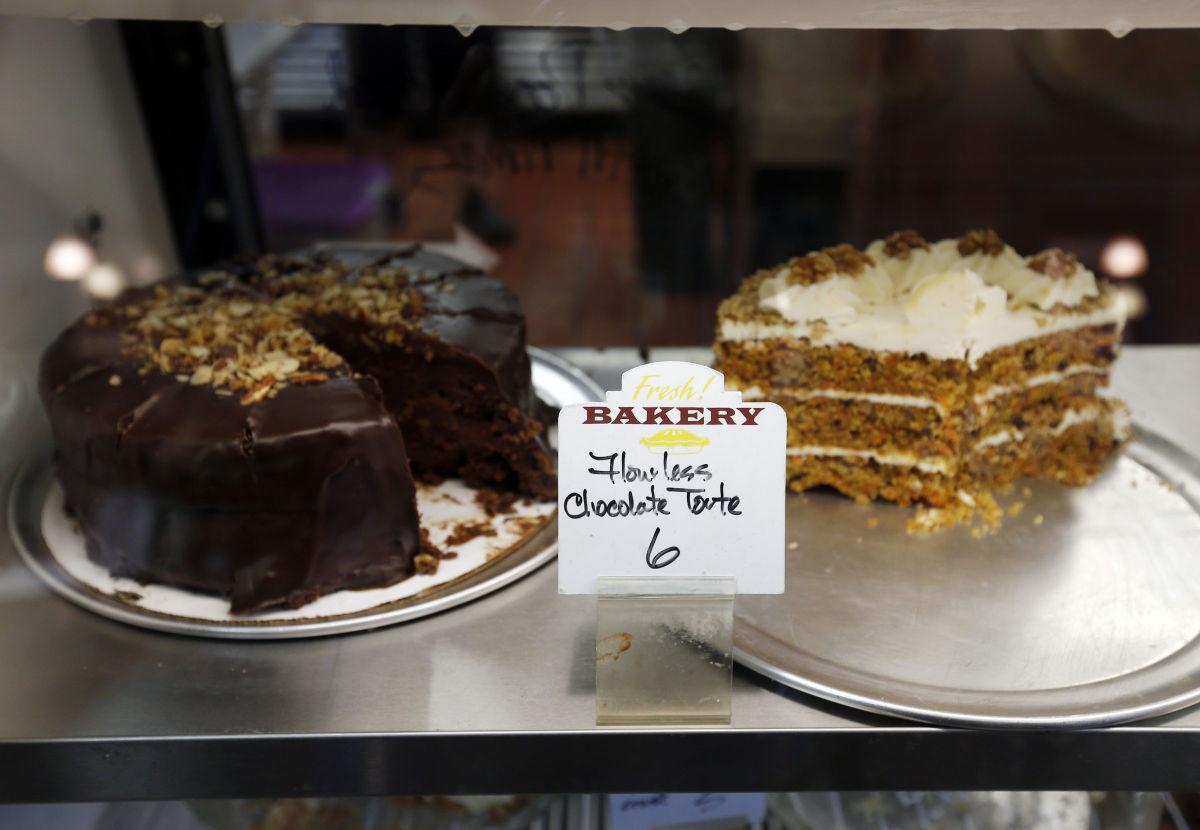 Boston Deli always has a variety of cakes and other desserts to satisfy the sweet tooth in anyone. STEPHEN PINGRY/Tulsa World 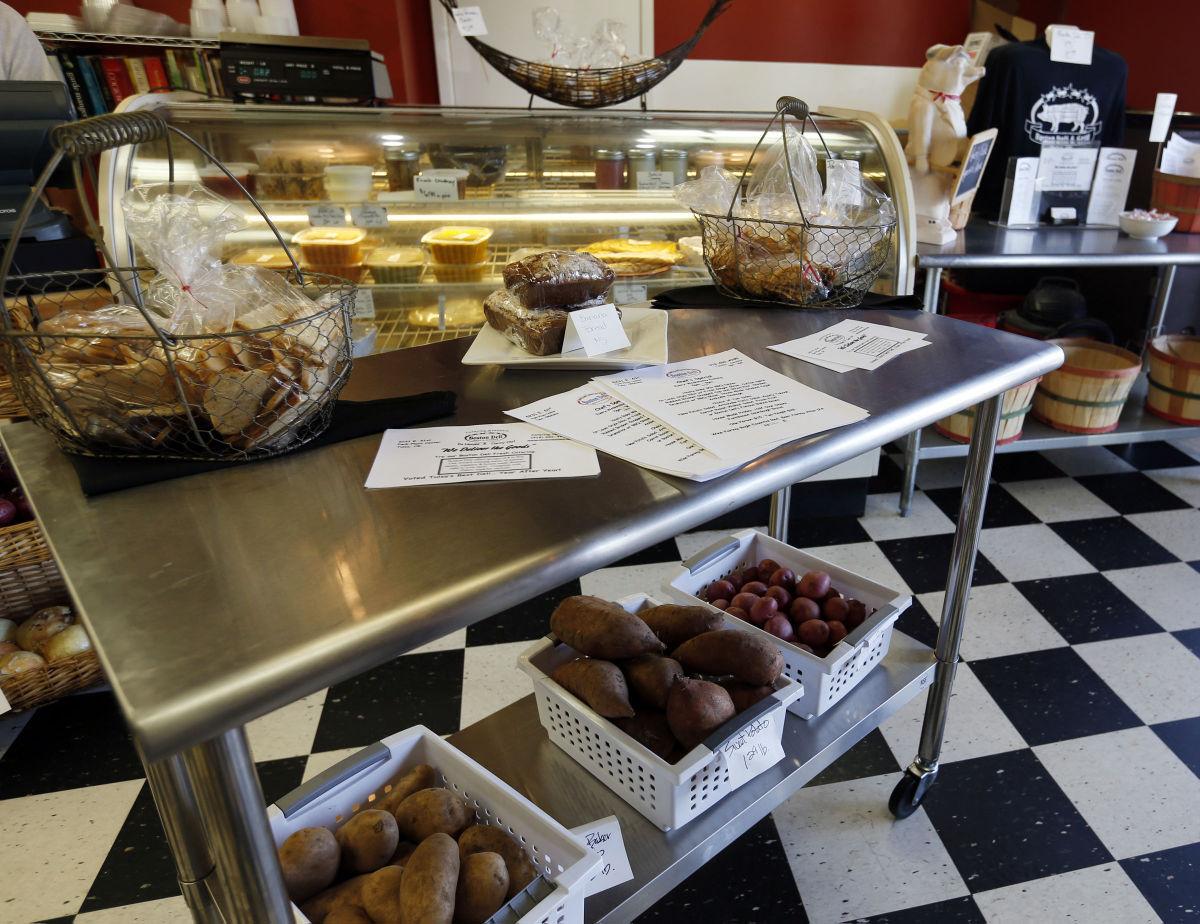 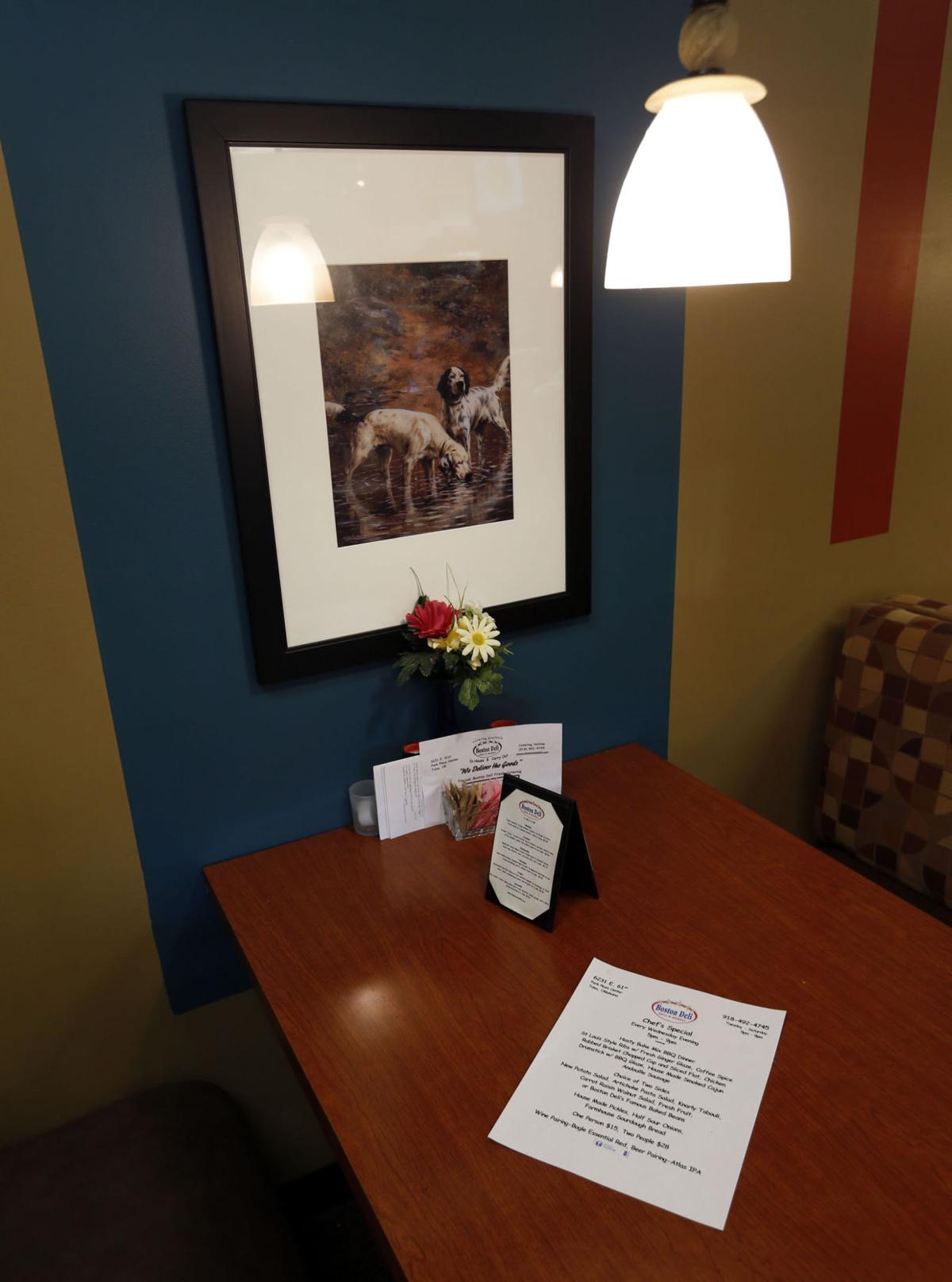 Salmon cakes with mango salsa and red bell pepper puree is among the appetizers at Boston Deli. STEPHEN PINGRY/Tulsa Worl

Owner Ken Schafer takes a break in the market deli side of Boston Deli. He is celebrating his 25th year in business. STEPHEN PINGRY/Tulsa World

Boston Deli always has a variety of cakes and other desserts to satisfy the sweet tooth in anyone. STEPHEN PINGRY/Tulsa World

Boston Deli is a different business than it was when Ken Schafer acquired it 25 years ago.

“It was a kosher lunch place next to Ike’s Chili on Boston Avenue (708 S. Boston Ave.),” Schafer said. “I got to know a lot of wonderful people and a lot of prominent families who lunched downtown.

“It was perfect for me back then. I was a 6-handicap golfer, and I could be on the course by 3 every day, if I wanted.”

He was there two years before moving to his current location at 61st Street and Sheridan Road.

Schafer had worked mostly in hotel kitchens previously, beginning at Chisholm’s in the old Hilton when he was a student at the University of Tulsa. He also worked for the Doubletree chain.

“I got tired of traveling all over the country. I came home and wanted to take some classes at TCC (Tulsa Community College),” he said. “I ate at Boston Deli almost every day because you could get a big hoagie for $3. It wasn’t doing much business, and I eventually talked the man and wife who owned it into selling it to me.”

Schafer added dinner at his new location, along with an impressive takeout deli and a couple of Hasty-Bake grills. He would end up teaching some cooking classes at the Hasty-Bake store for a number of years.

He said his goal always has been to offer fine-dining cuisine at a lower price point than the upscale restaurants, and for years, diners ordered off a chalkboard menu that changed daily. He went to full table service for dinner five years ago.

On past visits, the food always got some wood on the ball and was a good value. Our most recent visit was a different story. The new kitchen staff of chef Rodney Stevens, a protege of veteran restaurateur Rick Kamp, and sous chef Justin McClain knocked it out of the park.

About halfway through dinner, I realized I couldn’t figure out how anything we ordered could have been improved.

It started with the quatro of deviled eggs ($5) that included a traditional preparation, one with smoked salmon and one with barbecue brisket. The brisket was an inspired choice to pair with the eggs.

Our entrees were pepper-crusted filet of beef ($26) with a topping of rhubarb, Port wine sauce, cardamom and a tiny bit of melted blue cheese, and the Hasty-Bake smoked pork chop ($17).

The toppings were fine on the thick steak, but it could have stood entirely on its own. It was melt-in-your-mouth tender and flavorful and was served over a mound of mashed potatoes.

The thick, two-bone chop was perfectly cooked for me — not quite to medium. It was juicy and tender and came with a pool of blackberry sauce, a side of sweet potato gratin and a side of long, thin, tender green beans. The char-grilled beans, with brown butter and a veal demi-glace, were more than an afterthought. The layered gratin over chipotle cream also was excellent.

We also shared a small Caesar salad ($4) that had a traditional preparation and a flavorful but not too strong dressing. It went well with the complimentary house-made focaccia bread and butter.

In retrospect, I wish we had tried one of the desserts from pastry chef Jessie Rice, but we were stuffed.

We had a nice merlot and a dry riesling from the wine list.

The adjoining market had a variety of items, including lasagna, quesadillas, veggies, sauces, honey, artisan breads, pies and cakes the day I was there for the interview and photos.

Our server, Allison, has cooking-school experience in her background and had a thorough knowledge of the menu and knew the proper way to wait tables.

“I bet you don’t remember it, but this place was the Owl’s Cave before I took it over,” Schafer said. “I was hooked when I found out it was an old Hasty-Bake store. My dad knew (founder) Grant Hastings, and I saw it as a calling.”